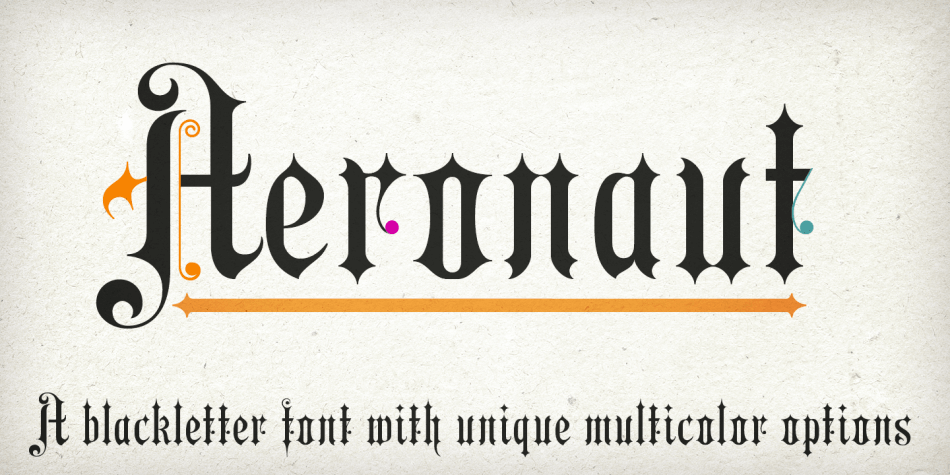 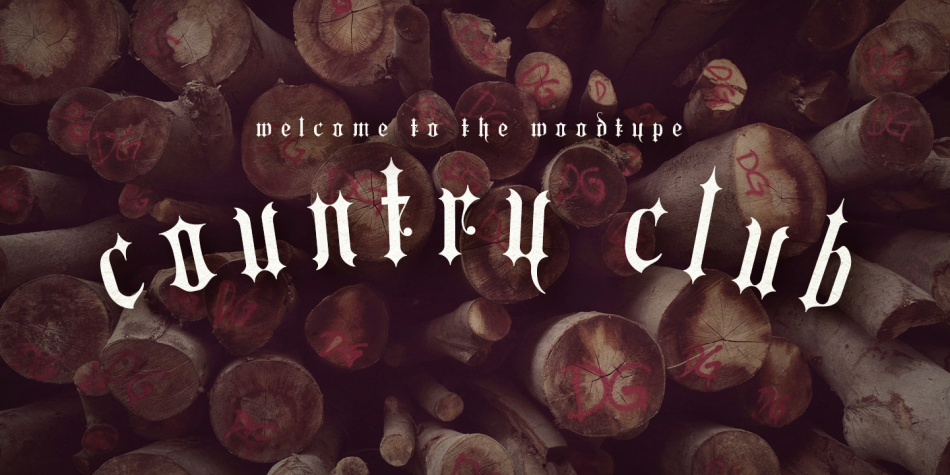 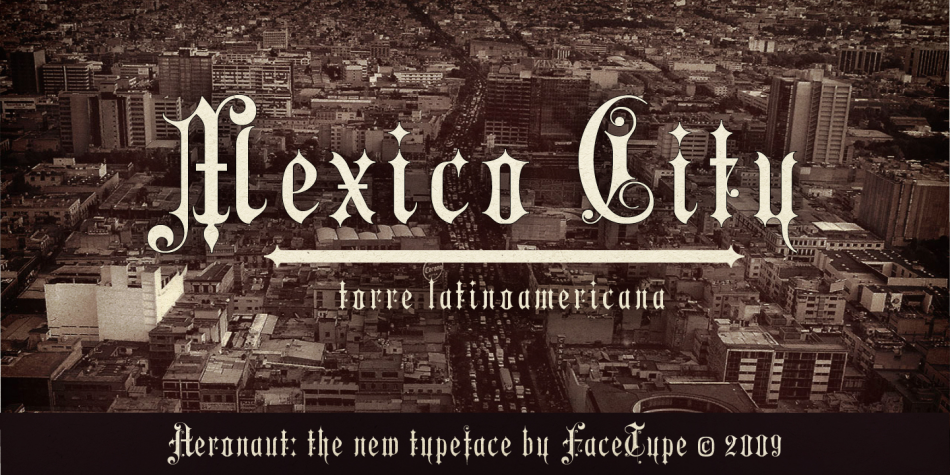 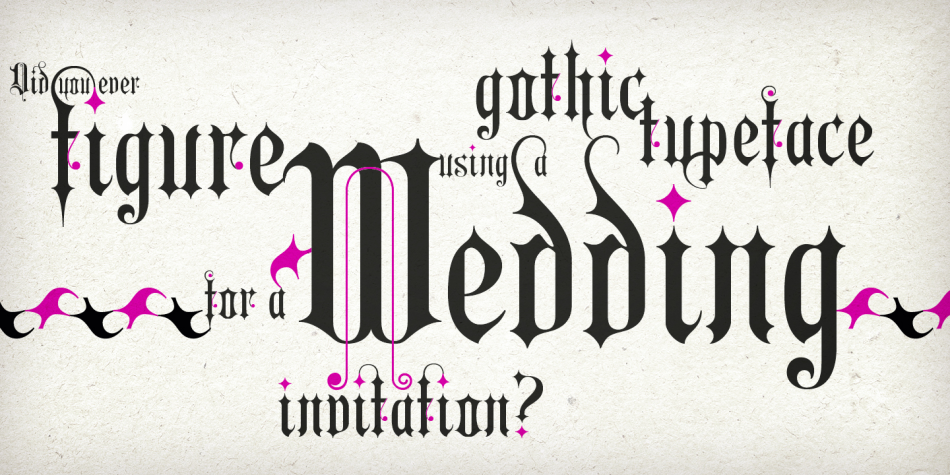 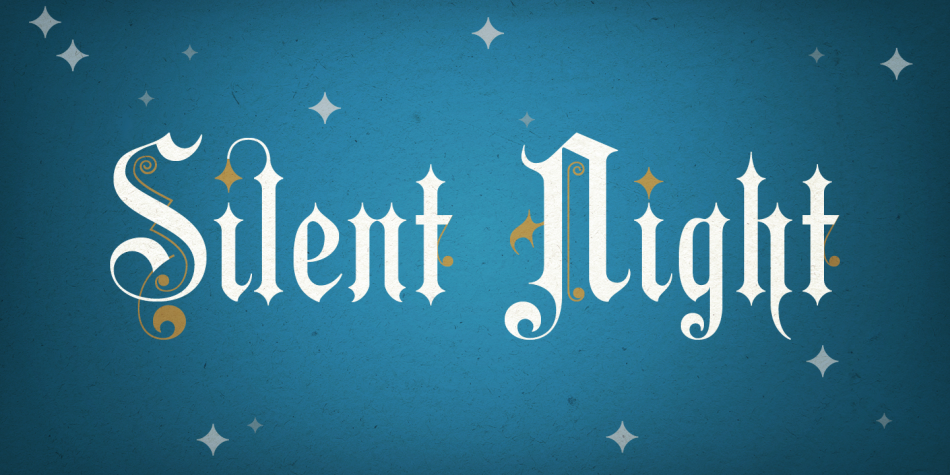 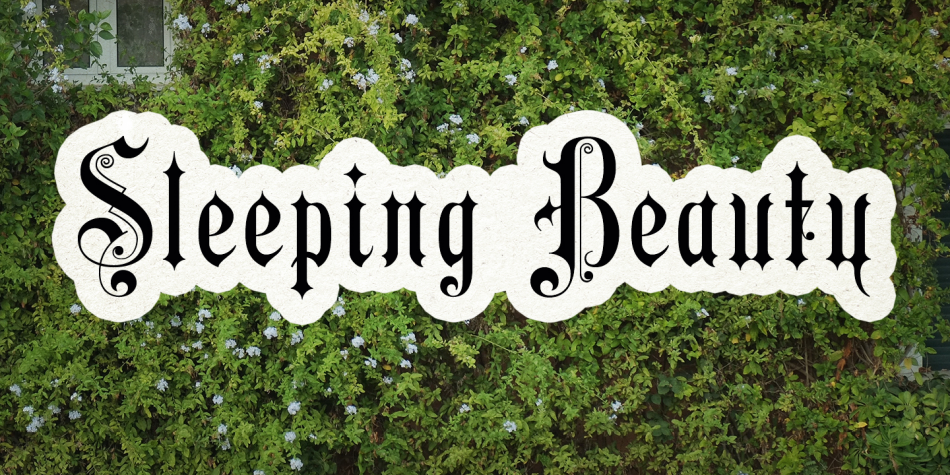 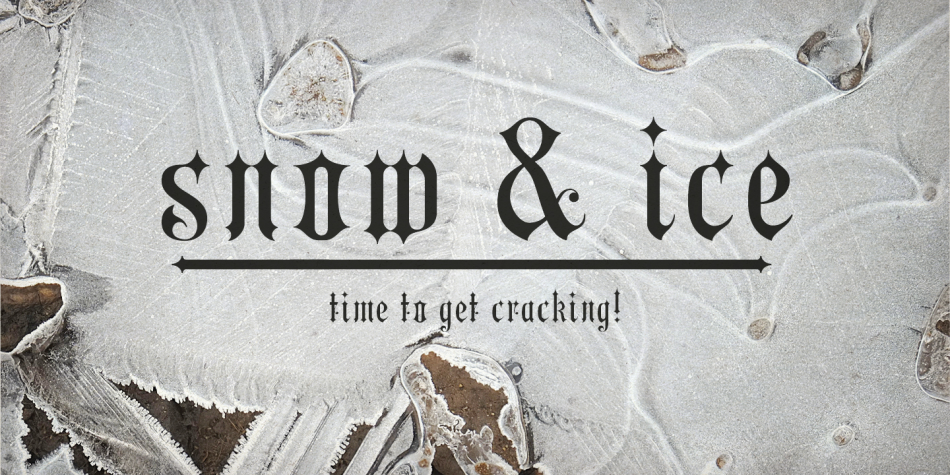 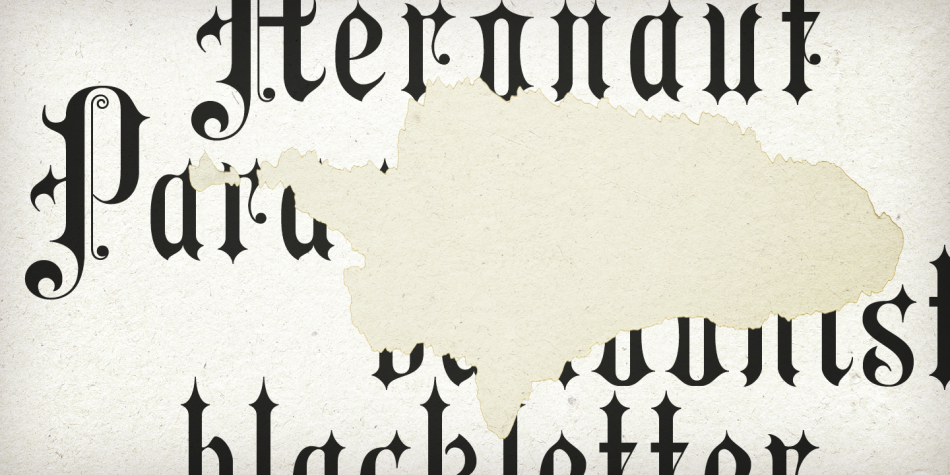 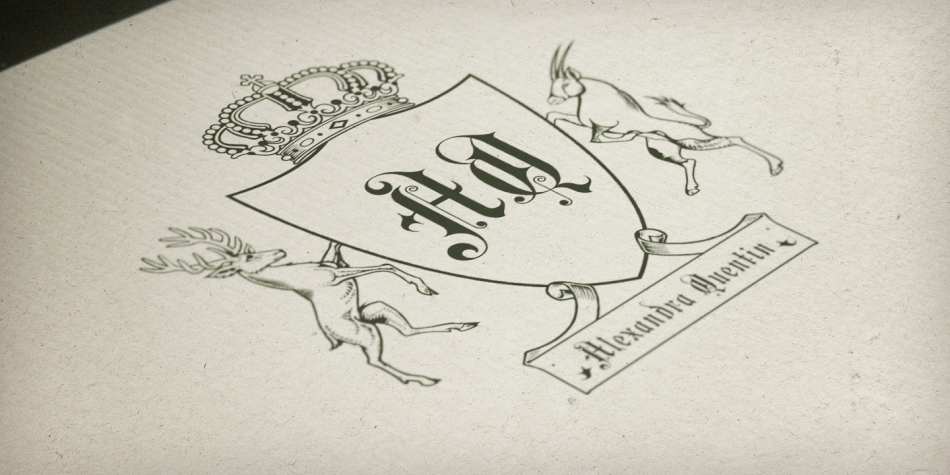 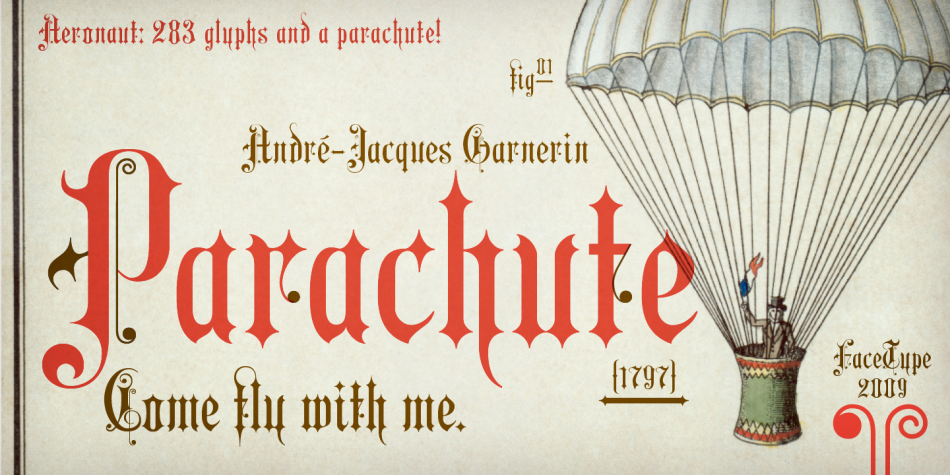 Aeronaut is a dingbat and blackletter font family. This typeface has five styles and was published by FaceType.

Aeronaut™ has been inspired by “Kirchengotische Schrift,” a font that can be found in a German font book from 1879 entitled “Vorlegeblätter für Firmenschreiber.” Given it’s name, it was designed for religious publication.

The glyphs of Aeronaut™ are derived from Textualis also known as Textura or Gothic Bookhand. Textualis represented the most calligraphic form of blackletter types and is today regarded as quintessentially Gothic.

The decorative elements of Aeronaut™, the swashes we call parachutes and the squiggly arrows of the upper-case characters soften the font’s Gothic appearance. It’s the reason why we labeled it a “Neogothic typeface that radiates trendy ease.” Make it as modern as you like it to be.