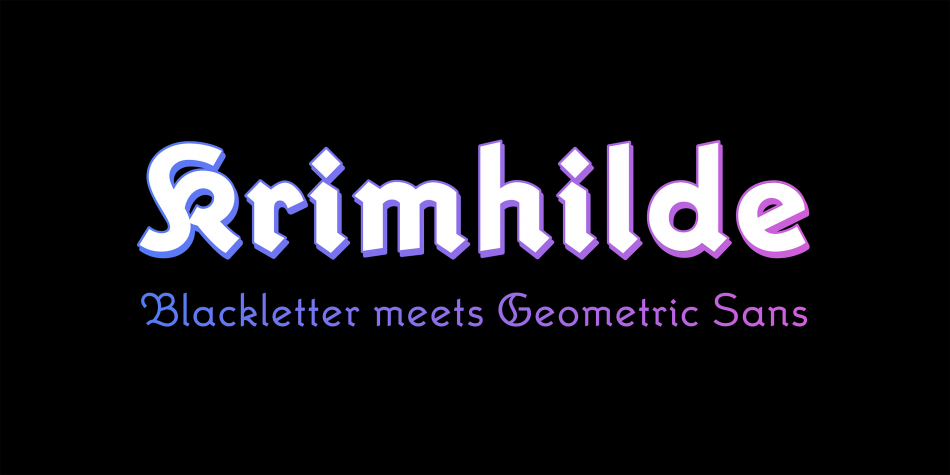 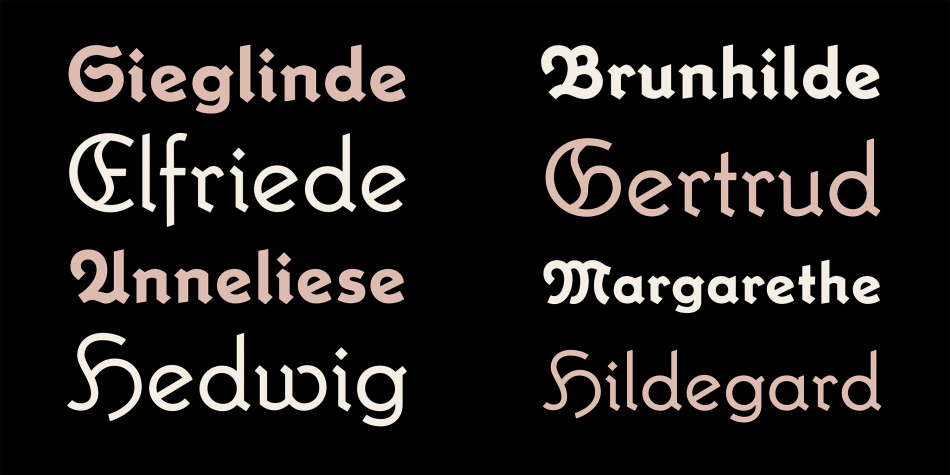 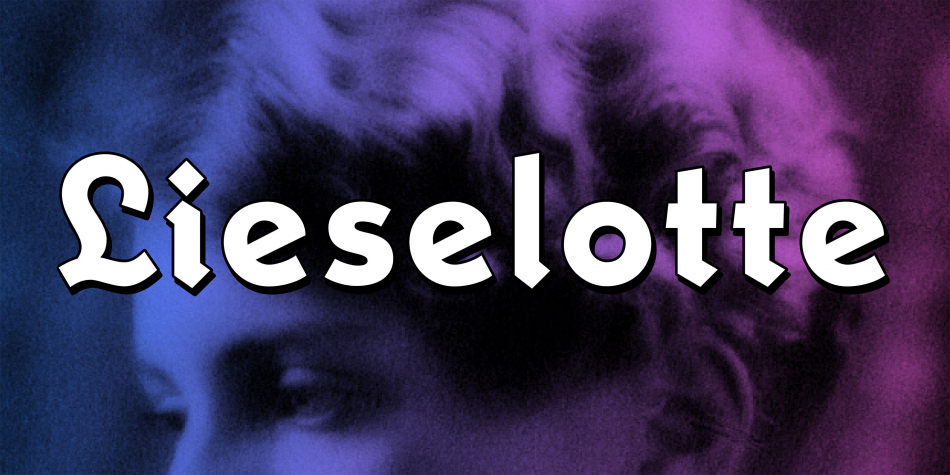 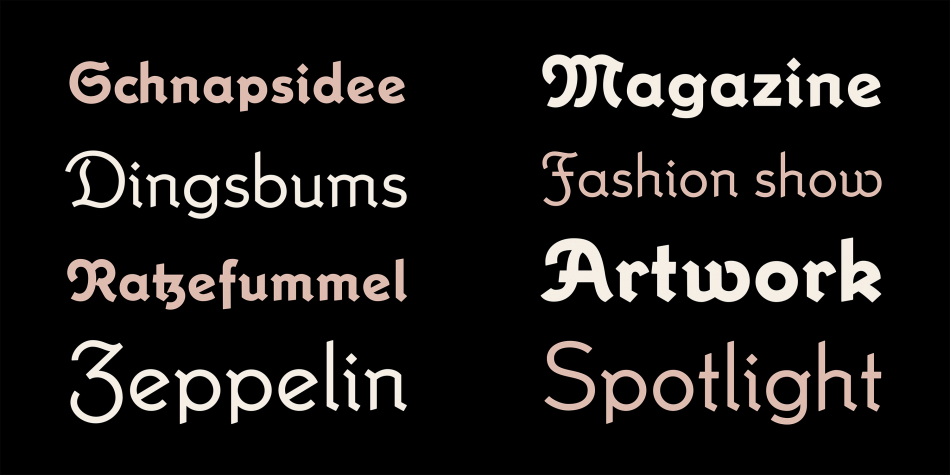 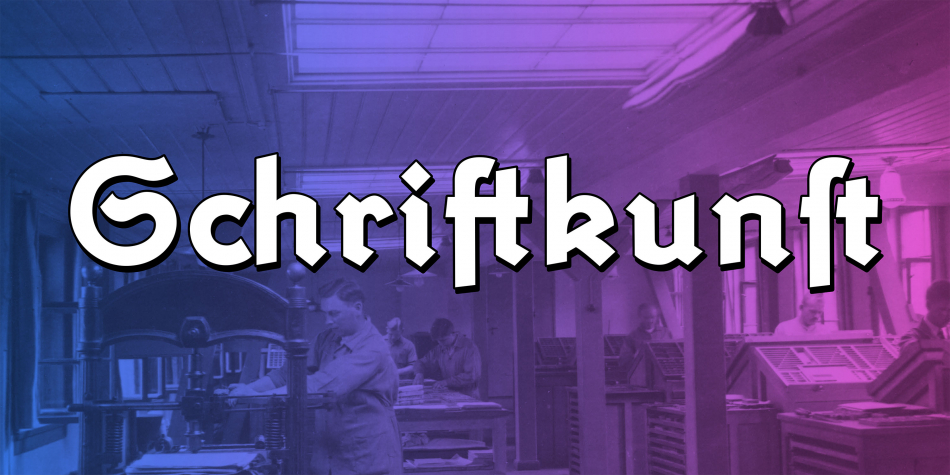 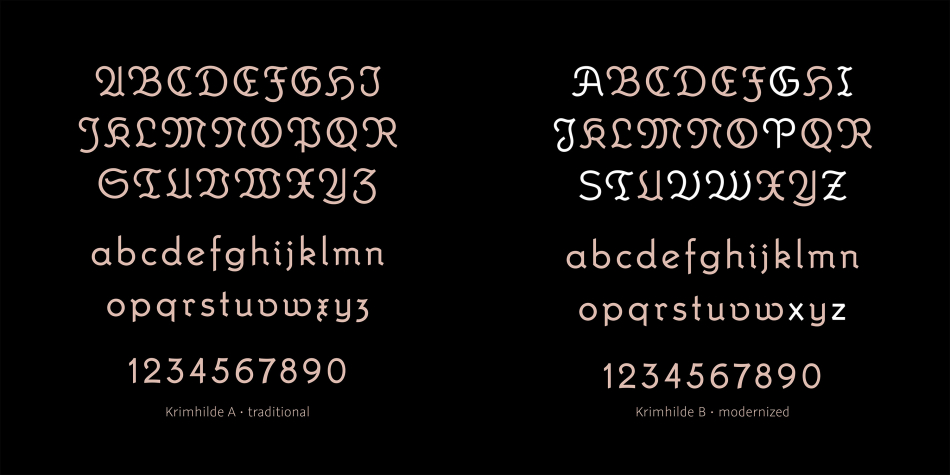 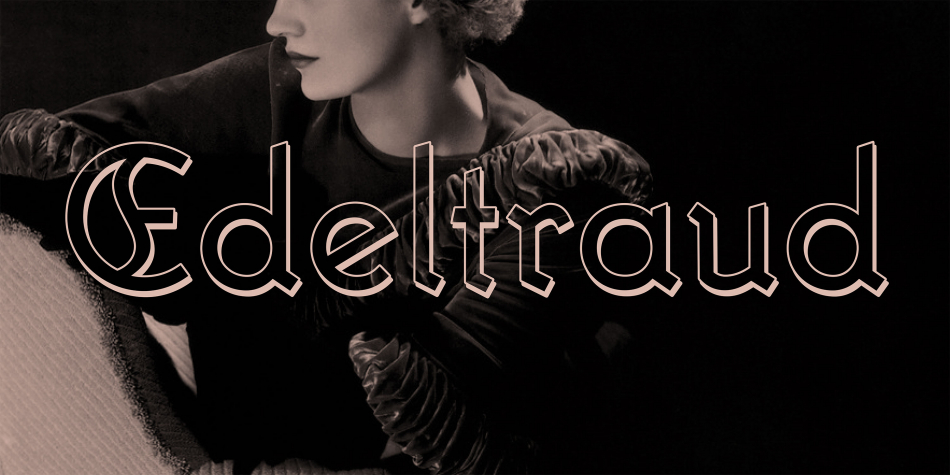 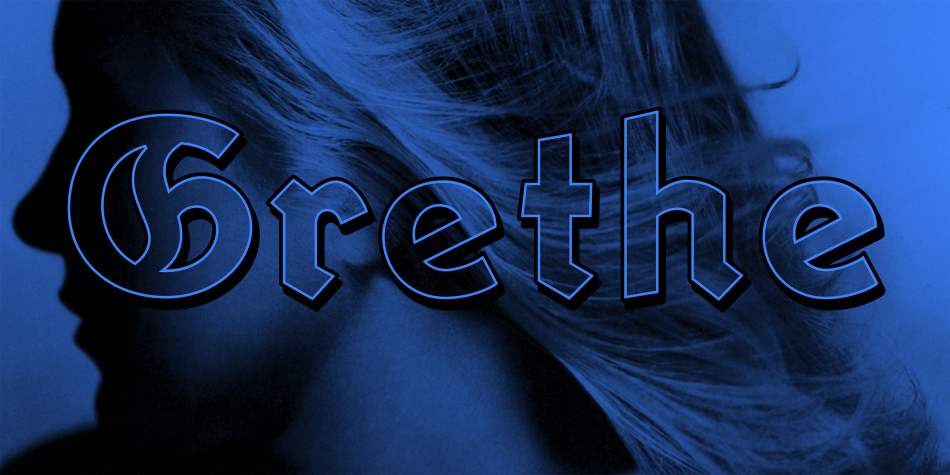 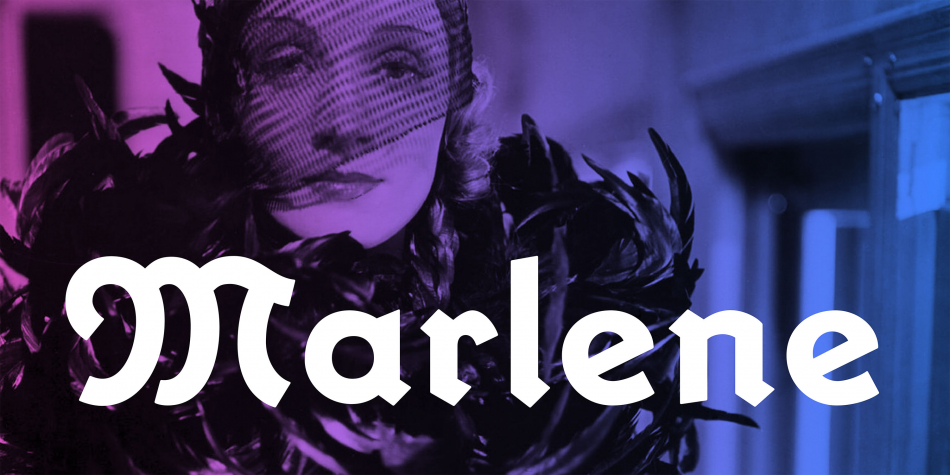 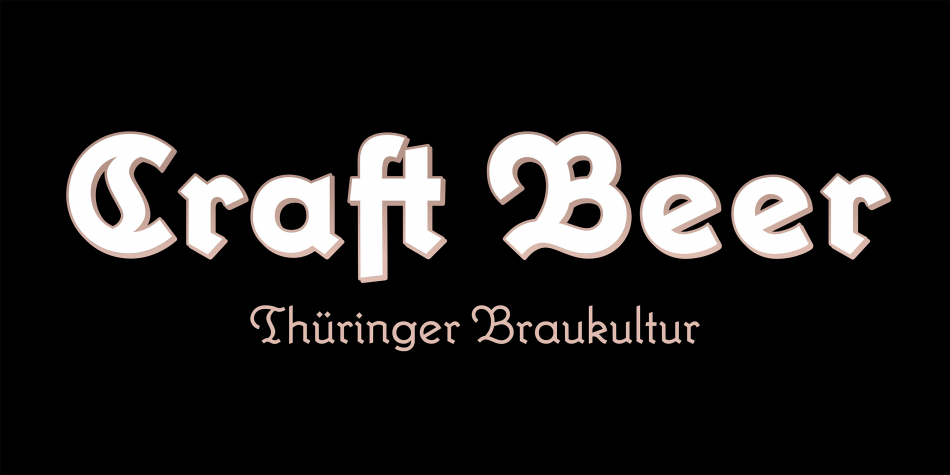 Designed by Ralf Herrmann and Albert Augspurg, Krimhilde is a blackletter font family. This typeface has fourteen styles and was published by FDI Type Foundry. 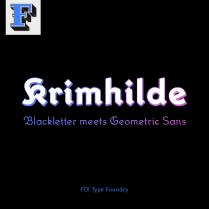 Krimhilde was originally designed by Albert Auspurg and released in 1933 with the type foundry Ludwig & Mayer. The design mixes elements of German blackletter typefaces and geometric sans-serif designs, which became popular in the 1920s in the movement known as New Typography.

The FDI version of Krimhilde offers both original styles (regular and bold) as “version A” with a full Latin 1 character set. “Version B” has alternative shapes for some letters to make the design more legible for readers who are not familiar with the German blackletter shapes.

In addition, there are optional display styles available (outline, shadow and fill), which can be used separately or together to create a chromatic layout.