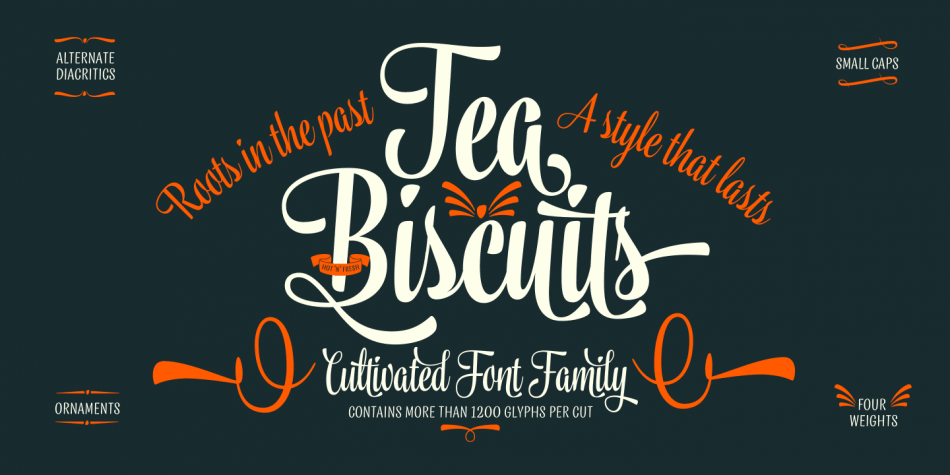 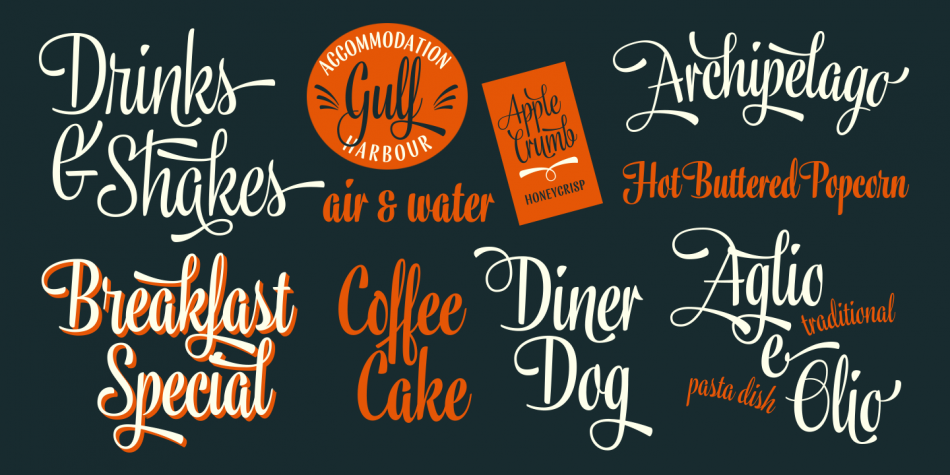 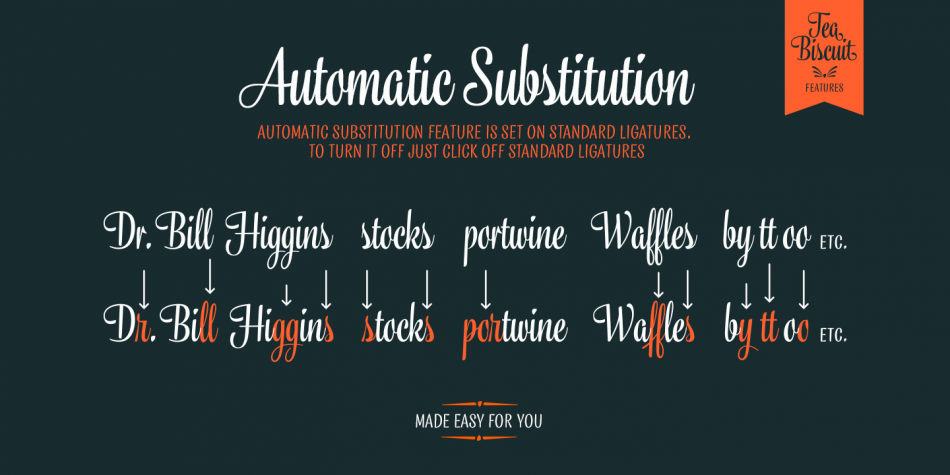 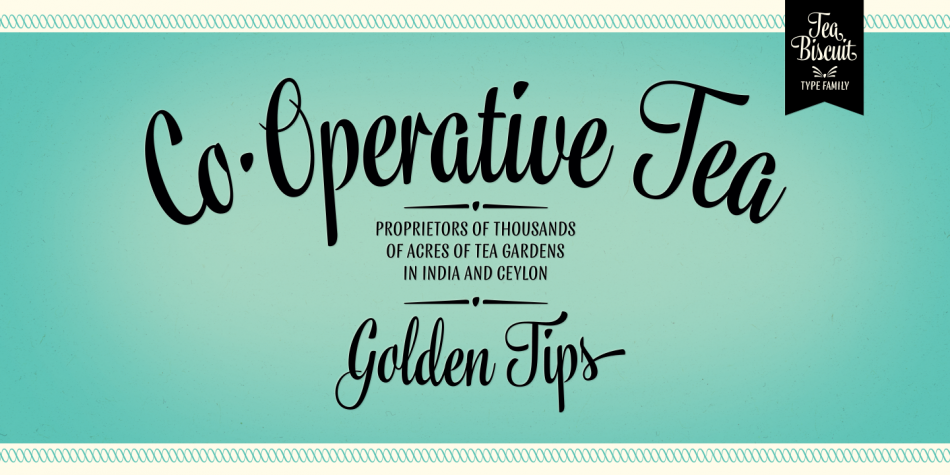 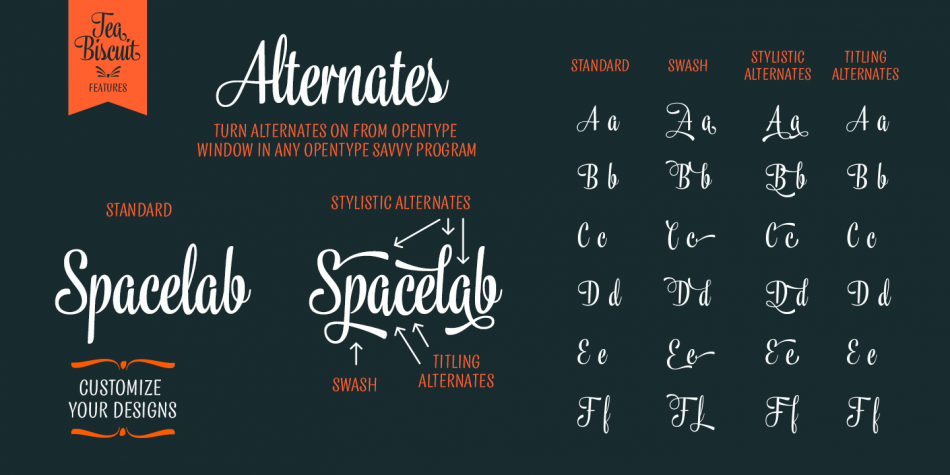 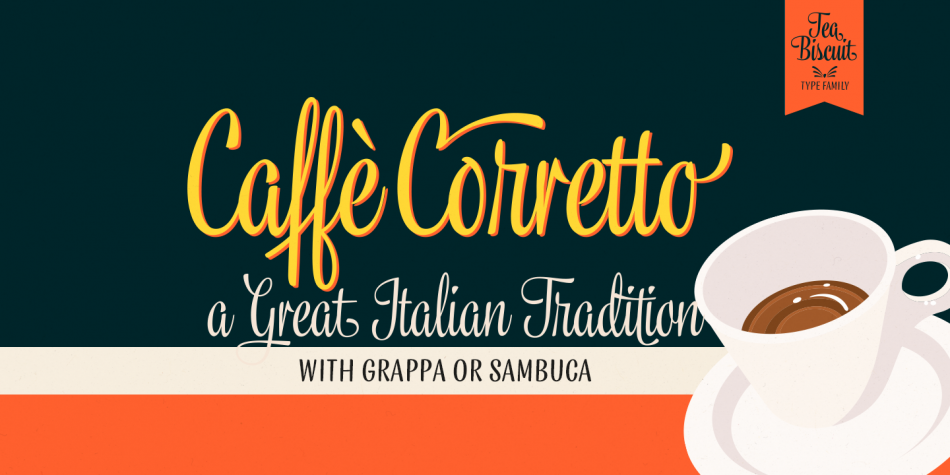 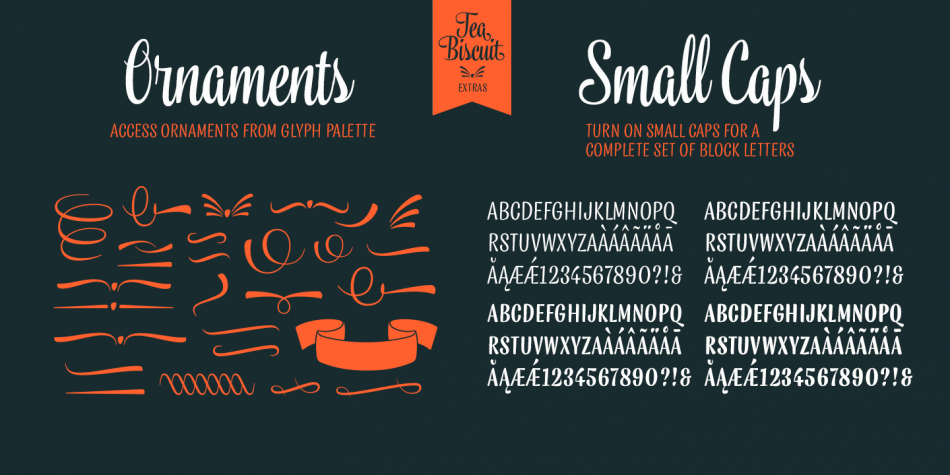 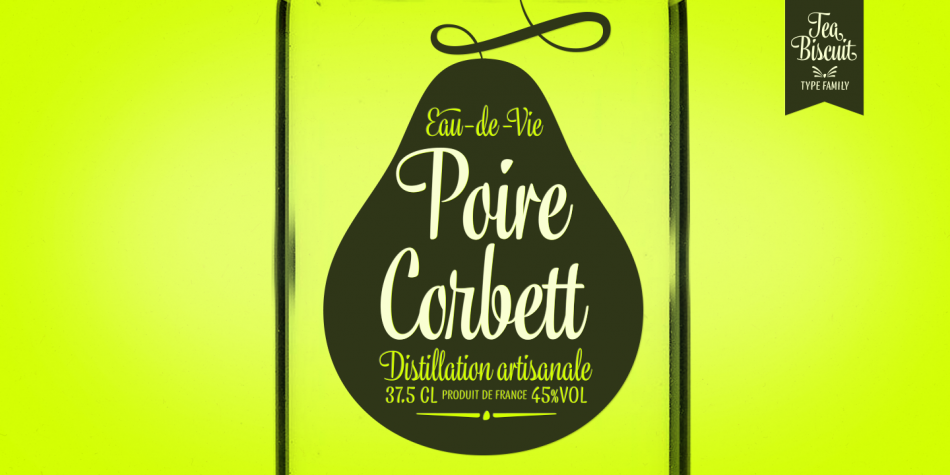 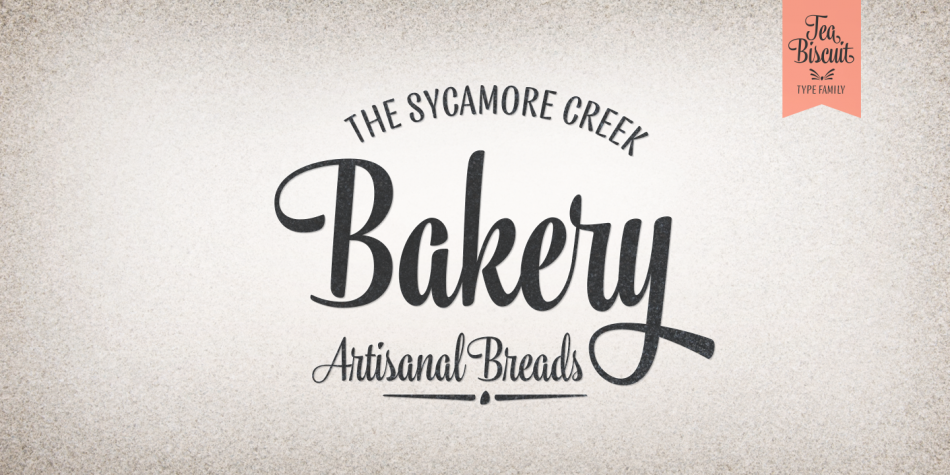 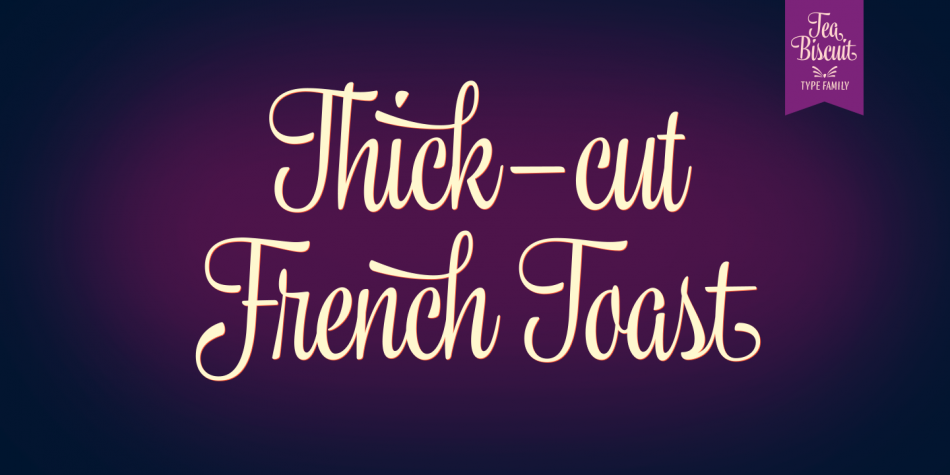 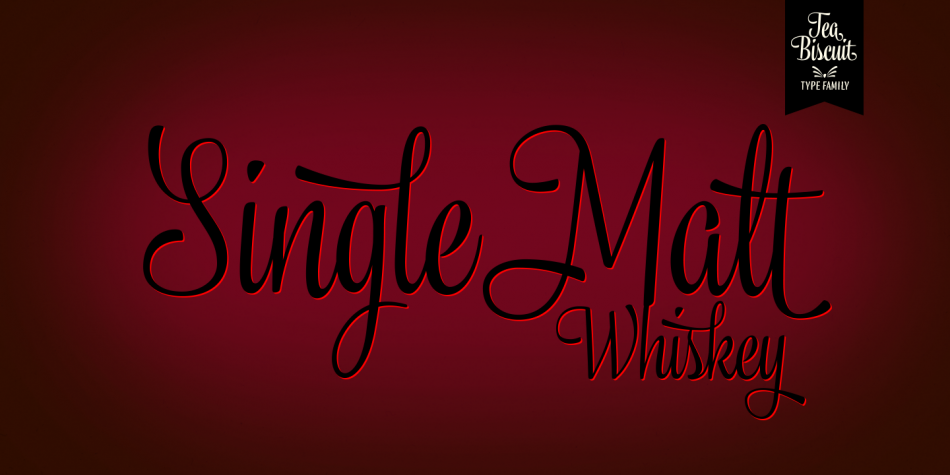 Tea Biscuit is a brush script font family. This typeface has four styles and was published by Fenotype.

Tea Biscuit is a classy upright script family with it roots in the past. It’s inspired by hand lettering of the 1950s but finished with a modern, smooth appearance.

The Tea Biscuit Family contains four weights, each of which contains more than 1200 glyphs, to fulfil the tasks of modern design challenges while retaining a customised look. Tea Biscuit is equipped with plenty of features to achieve a custom designed look. When the Standard Ligatures function is on, the font automatically chooses different letterforms on the fly, depending on which characters appear first.

For a bit of extra flavour, turn on Swash, Stylistic or Titling Alternates in any OpenType savvy program for even more extra swirls and swashes.

The Tea Biscuit family comes with a set of matching Ornaments to support your designs. In addition, Small Caps are included within the fonts: a complete set of frisky block letters that can be used on their own or to support the Script font.