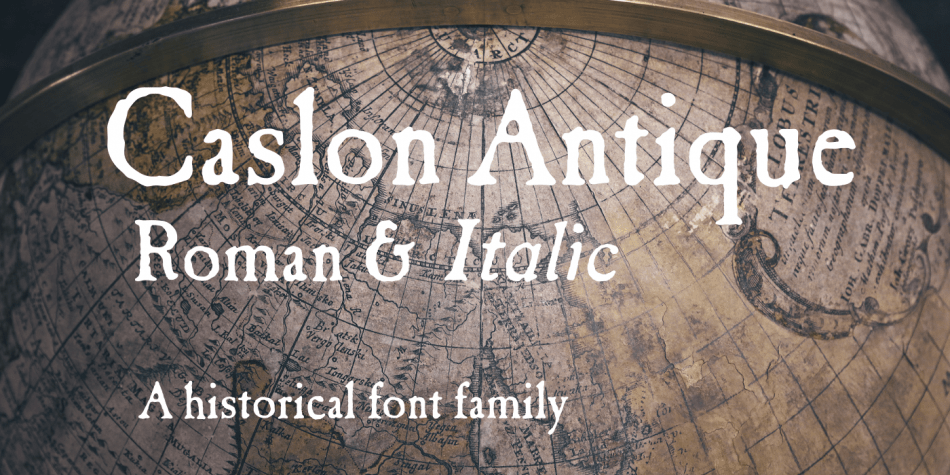 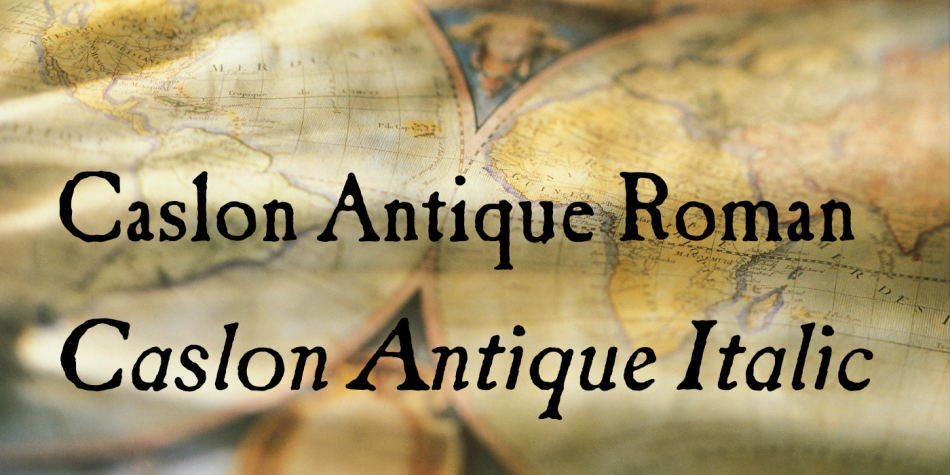 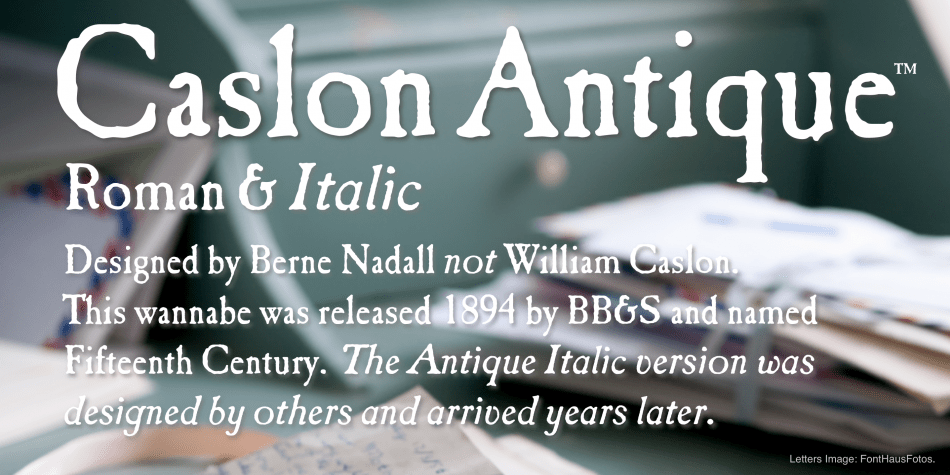 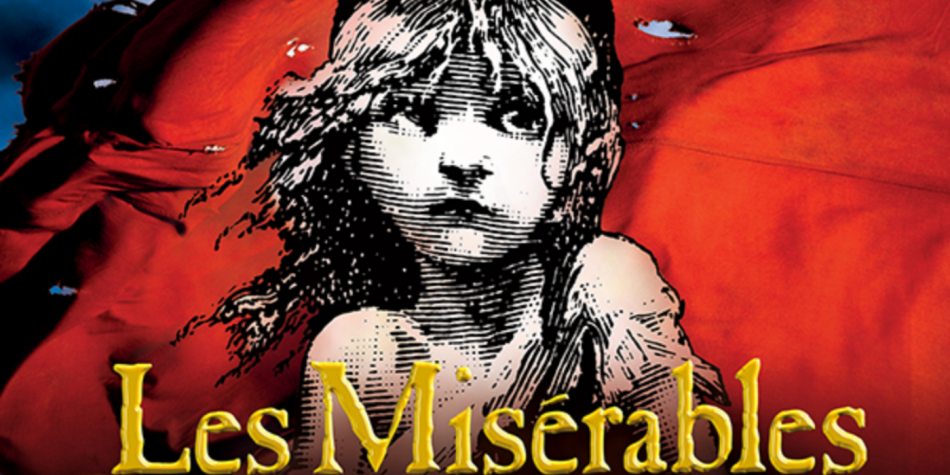 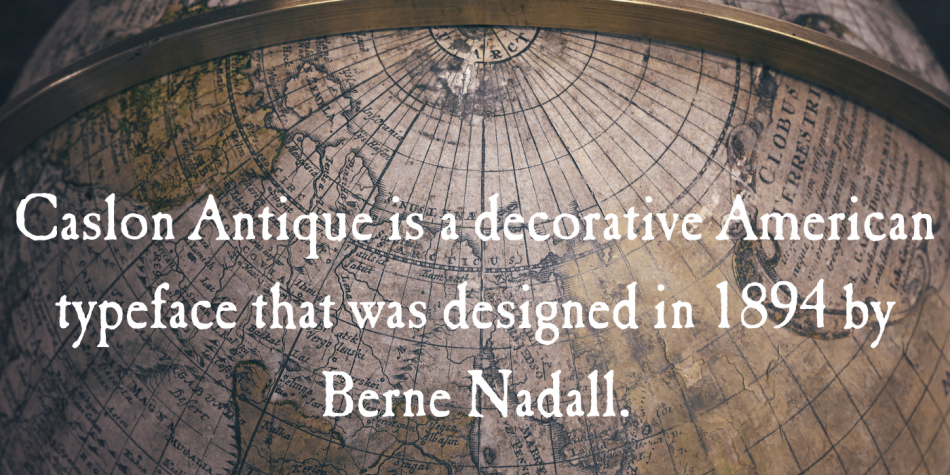 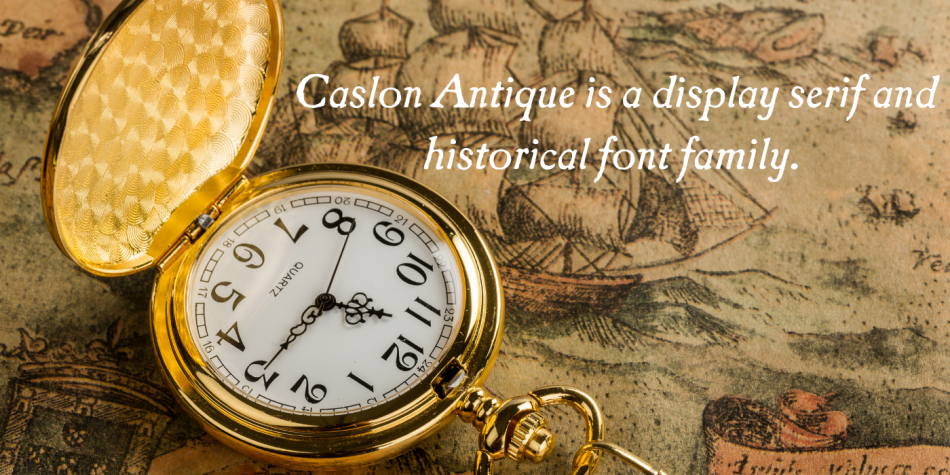 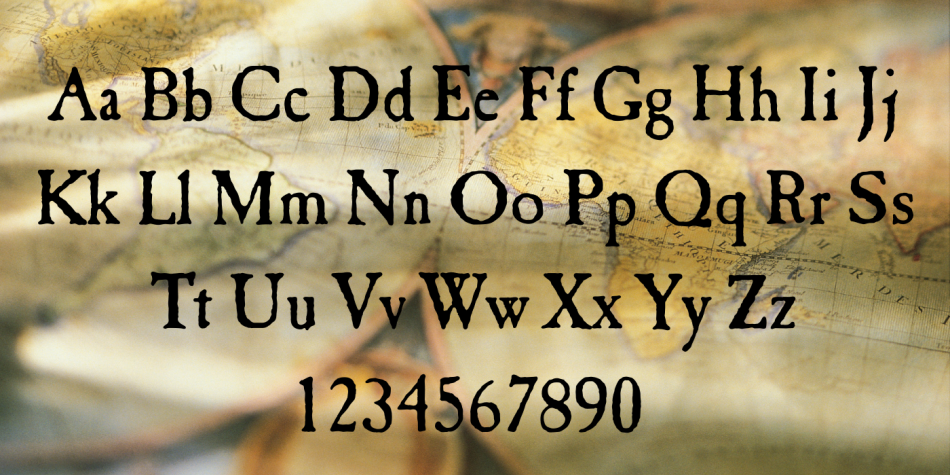 Designed by Berne Nadall, Caslon Antique, GT is a display serif and historical font family. This typeface has two styles and was published by FontHaus.

Caslon Antique is a decorative American typeface that was designed in 1894 by Berne Nadall. It was originally called “Fifteenth Century”, but was renamed “Caslon Antique” by Nadall’s foundry, Barnhart Bros. & Spindler, in the mid-1920s.

The design of the typeface is meant to evoke the Colonial era. Early printers would reuse metal type over and over again, and the faces would become chipped and damaged from use. Caslon Antique emulates this look.

Despite the name, it is not a member of the Caslon family of typefaces. The renaming is believed to have been a marketing maneuver to boost the popularity of a previously unpopular typeface by associating it with the highly popular Caslon types.

Caslon Antique is popular today when a “old-fashioned” or “gothic” look is desired. It is used by the musical group The Sisters of Mercy on their albums, for the logo of the musical Les Misérables, and for the covers of the books in A Series of Unfortunate Events. It is also frequently used on historical displays. It was used for the previous edition of the Warhammer Fantasy Role-Play. Most recently, it has been used on promotional material for the smash musical Monty Python’s Spamalot on Broadway, the West End, and its tour of the United States. British 80’s band The The also used the font in several of their music videos, usually displaying several lyrics from the song in the opening scenes. It used on the cover of Regina Spektor’s album, Begin to Hope. This description was sourced (in part) from Wikipedia, the free encyclopedia.