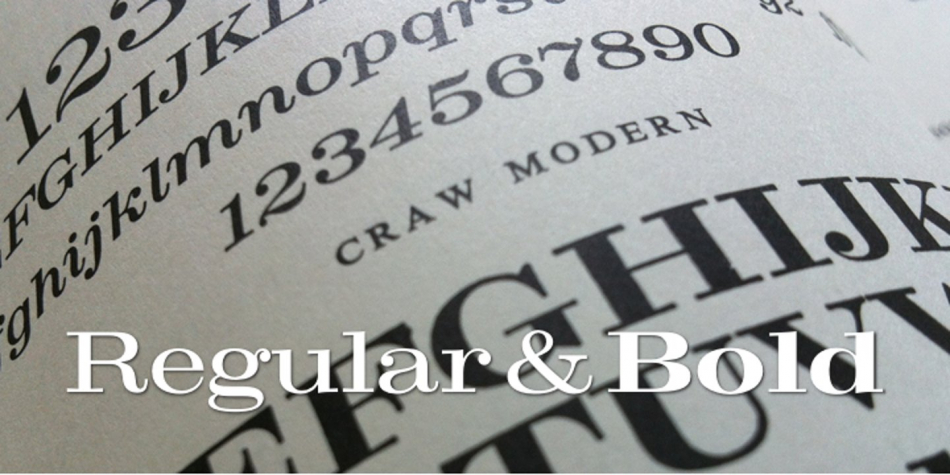 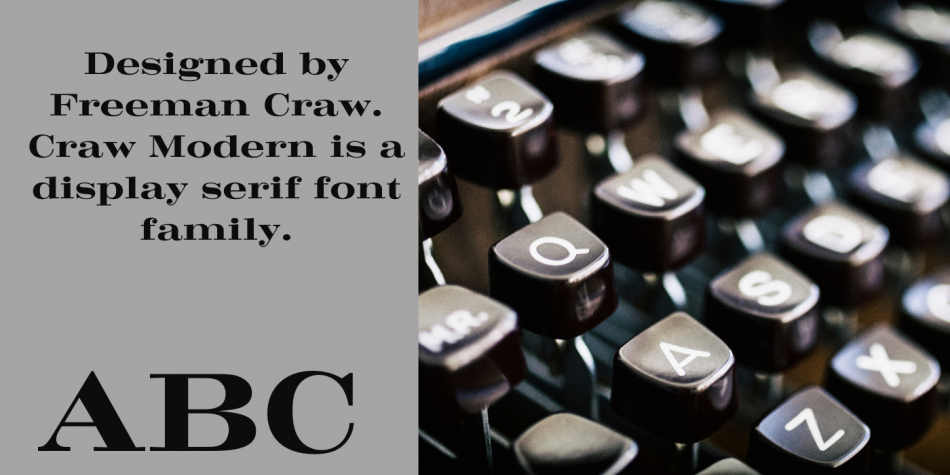 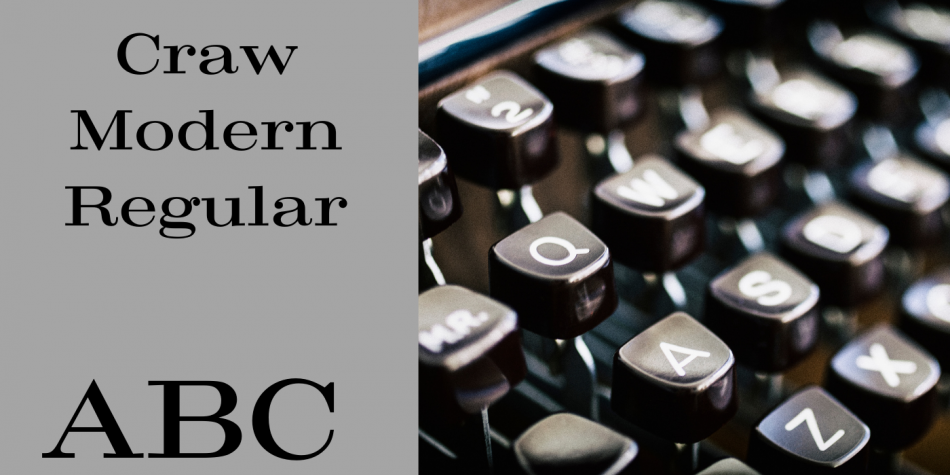 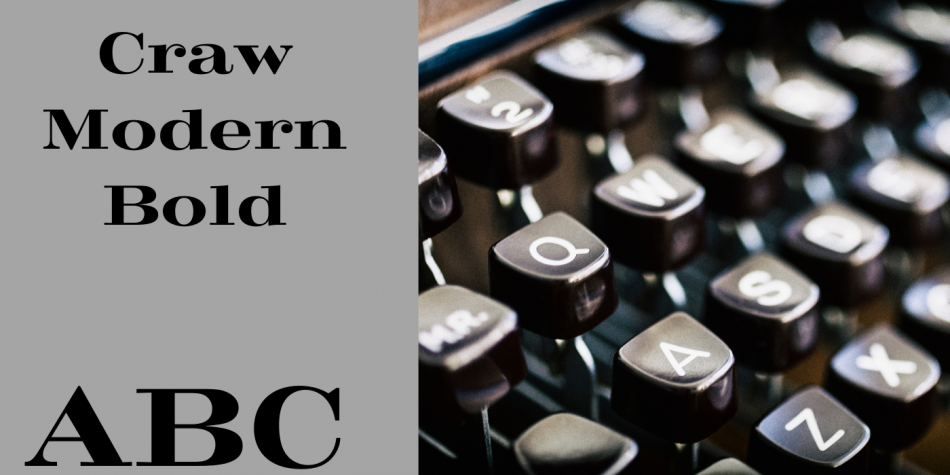 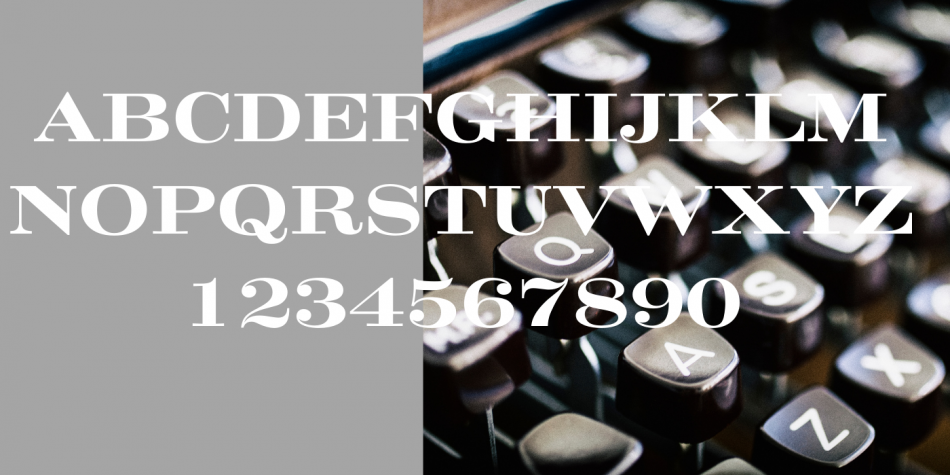 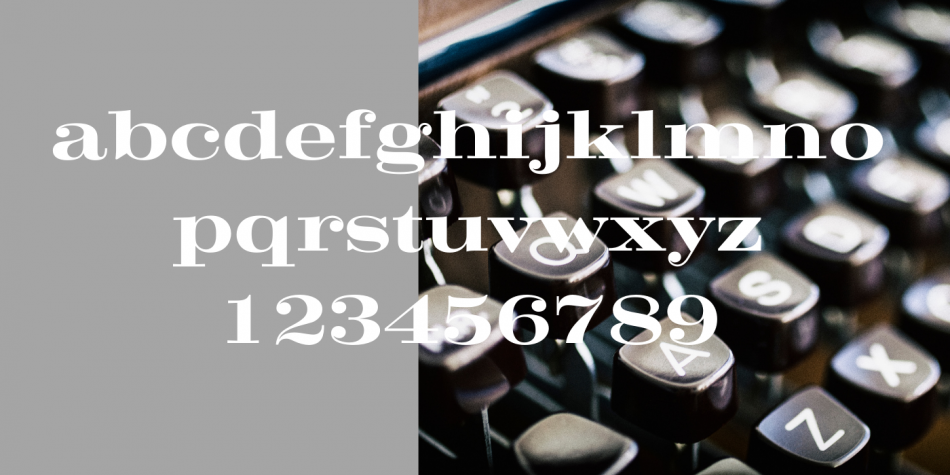 Designed by Freeman Craw, Craw Modern is a display serif font family. This typeface has two styles and was published by FontHaus.

Designed by Freeman Craw in 1958 and released The American Typefounders Company (ATF) to compete with popular Clarendons of the time. A Clarendon (as a classification), is identified as when the serif is bracketed (the curved linking stroke between the stem and the serif). This design was first published by Robert Besley in 1845 and released by the English firm Thorowgood and Besley.

In later years the design was reworked and released by many including Stephenson Blake, Monotype, and American Type Founders Company. David Berlow, of the Font Bureau, expanded that same family and released it as Belizio in 1998.