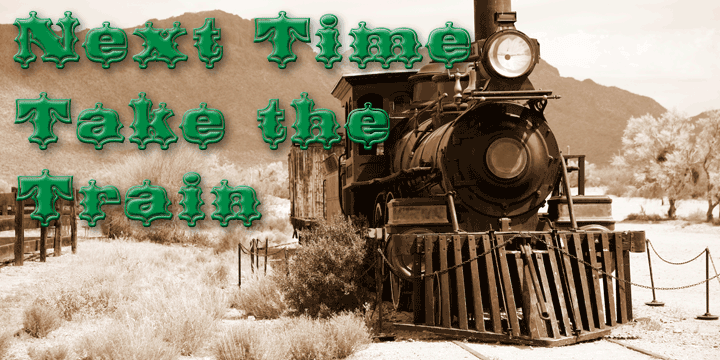 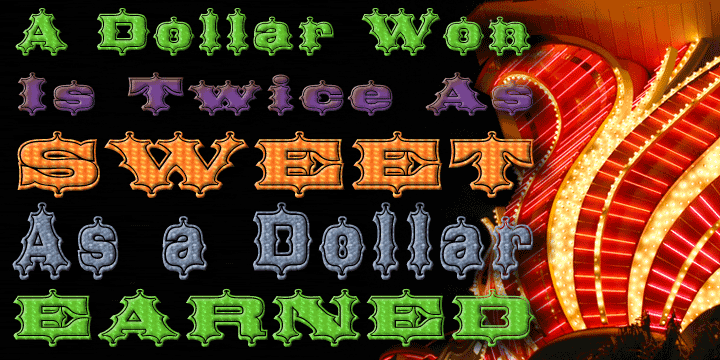 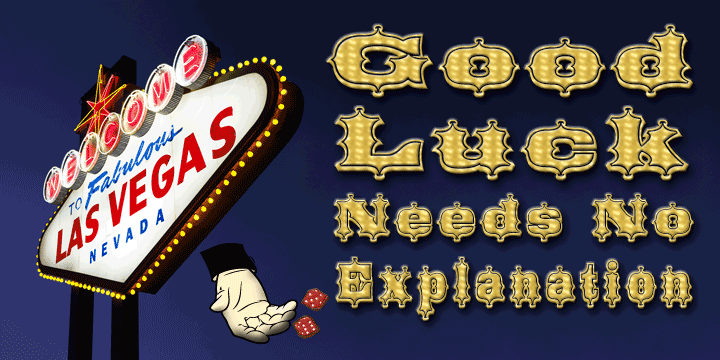 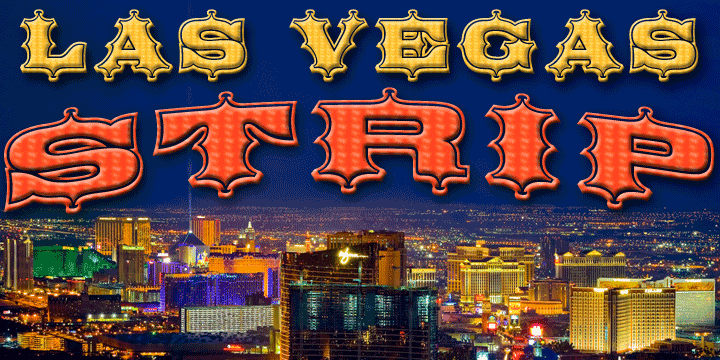 Broadgauge Ornate is a western and wood type font family. This typeface has three styles and was published by FontMesa.

Broadgauge Ornate originated from MacKellar, Smiths & Jordan in 1869 and was only available as an all caps font with numbers.

Today this old beautiful wood type rises again from the archives complete with original numbers and an all new lowercase. An all caps Greek character set has also been added plus accented characters for western, central and Eastern European countries.

Included in each font file are two sets of left and right pointing hands located on the Less Than and Greater Than keys and also on the Bracket keys.
Because this font works well with a Las Vegas theme I’ve decided to make the pointing hands gambling related with one set of hands rolling dice and the other holding cards.

The condensed versions were created because in today’s computer graphics applications people stretch and condense fonts to fit their project but don’t notice the change in vertical stroke widths or line thickness.

After compressing the letter shapes of each Broadgauge Ornate condensed font the vertical lines were corrected making sure they were the proper width or thickness.

The results are balanced condensed versions that weren’t simply compressed with out consideration for their appearance.