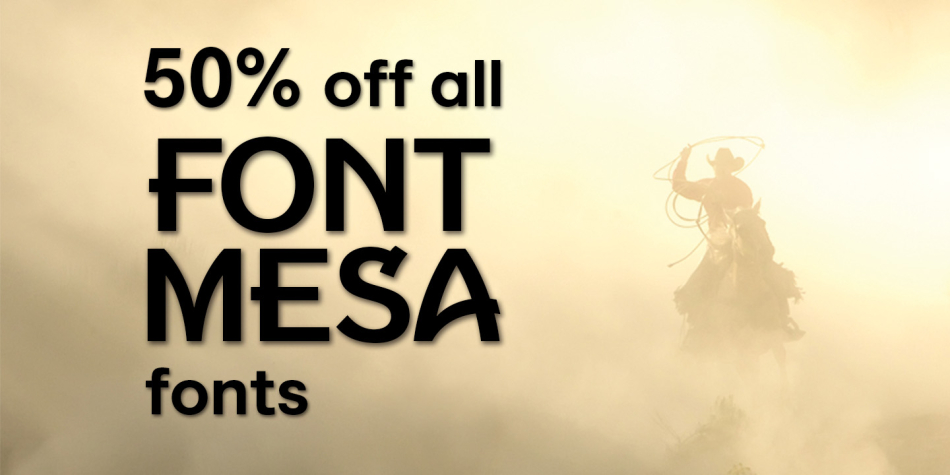 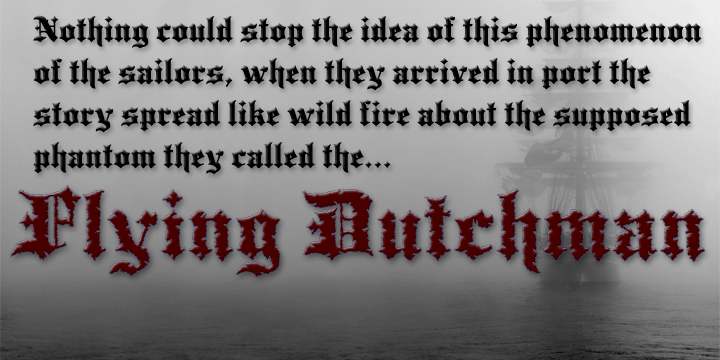 Flying Dutchman is a blackletter font family. This typeface has two styles and was published by FontMesa.

In nautical folklore, the Flying Dutchman is a ship that can never go home and is doomed to sail the seas forever as a ghost ship. The story of the Dutchman appeared in print in the 1820s. With different versions written over the years, some date the legend to the 1640s or the early 1700s.

The Flying Dutchman font is a revival of an 1876 font from MacKellar, Smiths & Jordan Co.

The Truetype and OpenType formats include a larger extended character set with Central and Eastern European accented letters.
Extra characters in this font are left and right pointing hands in place of the less than and greater than keys and a pirate flag is on the bracket keys.

New to this style is the distressed version where the letters look like they’ve been hacked by a cutlass.