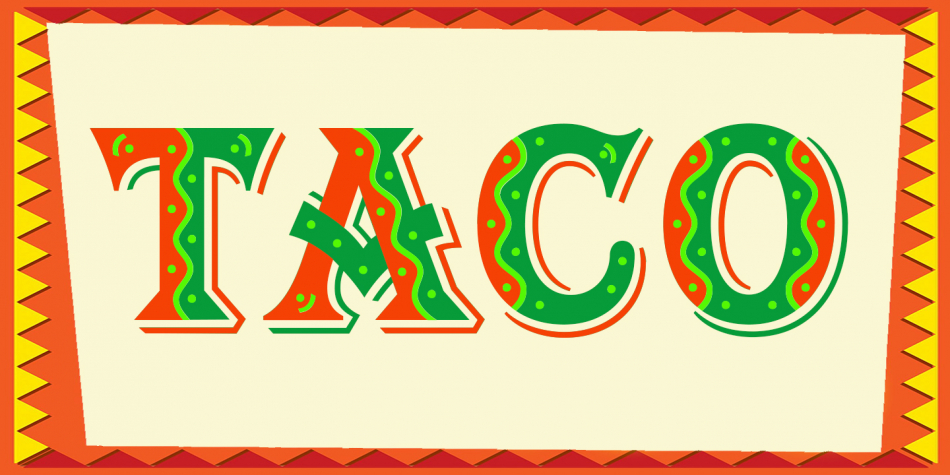 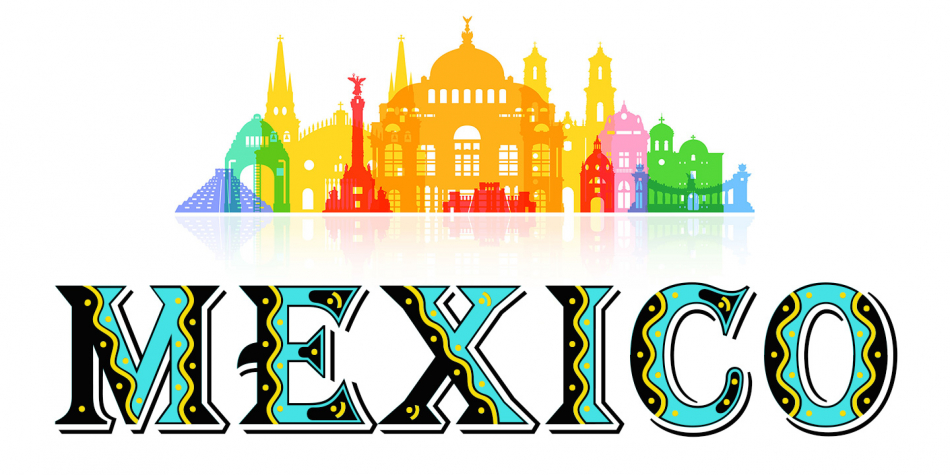 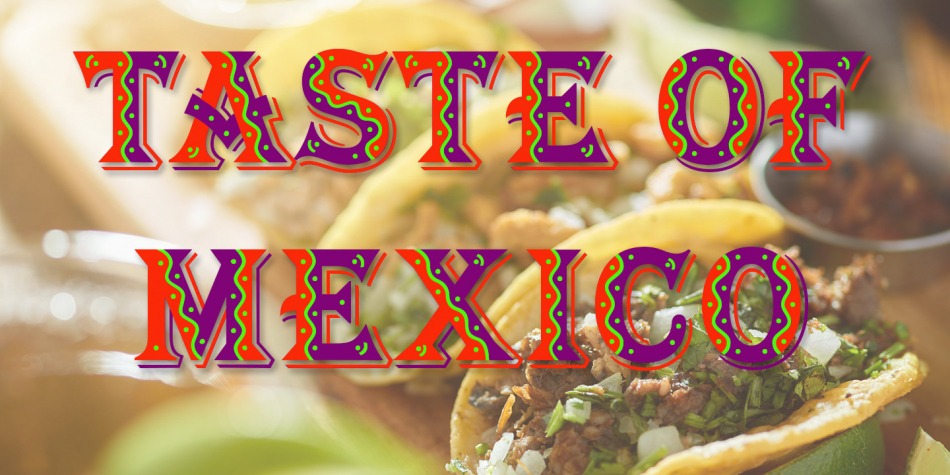 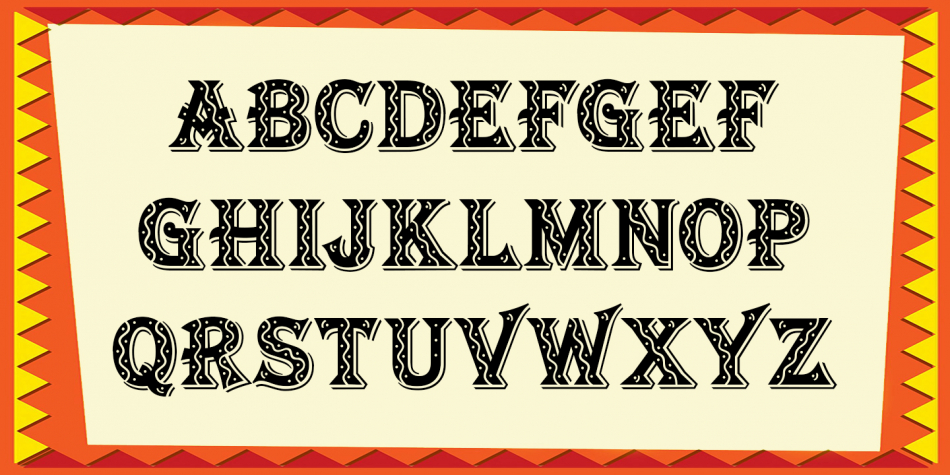 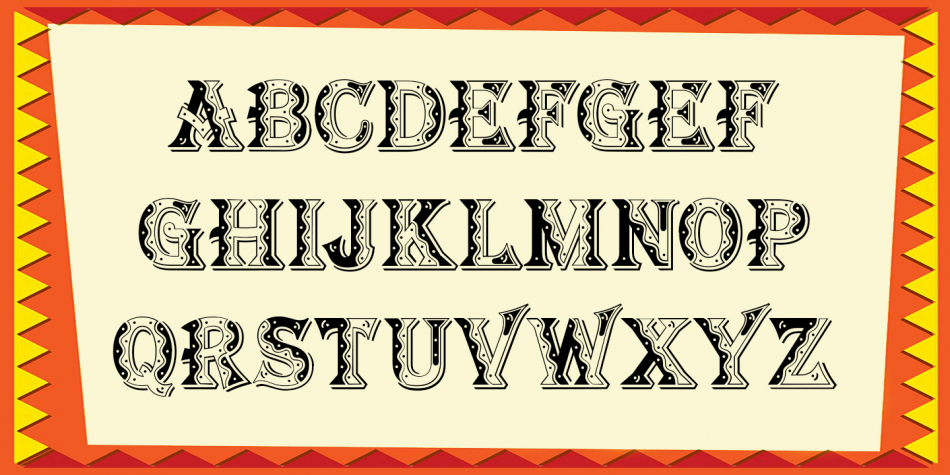 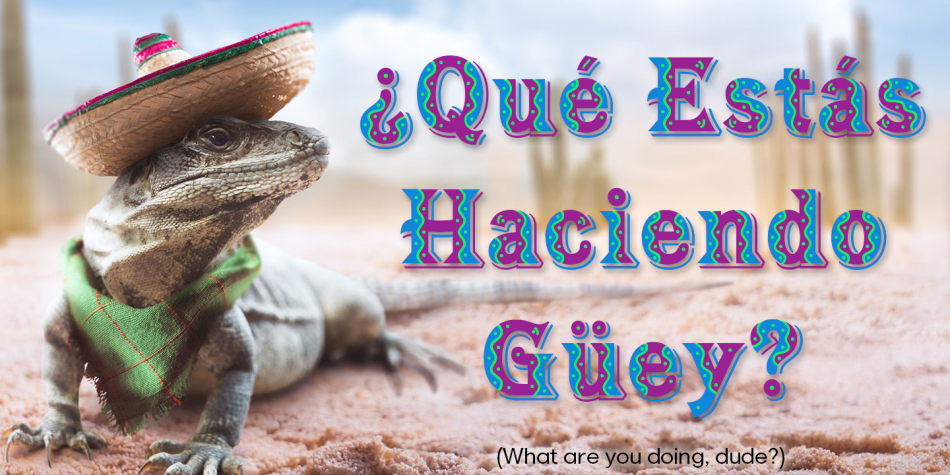 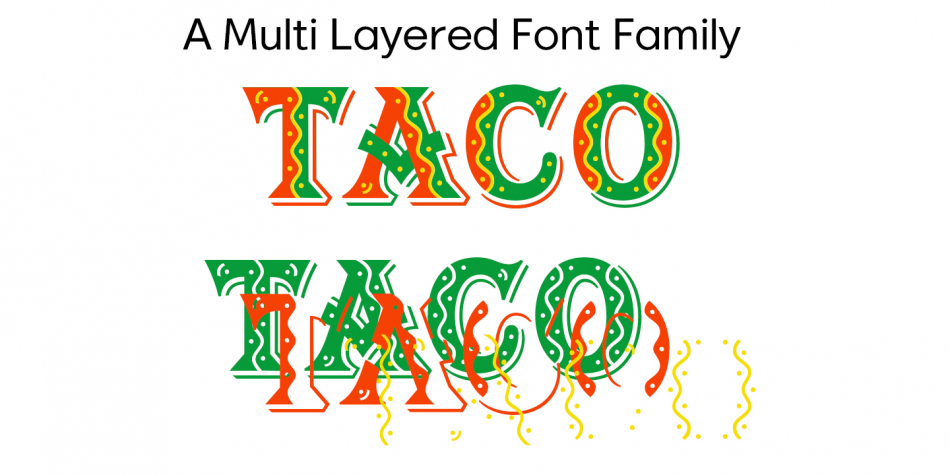 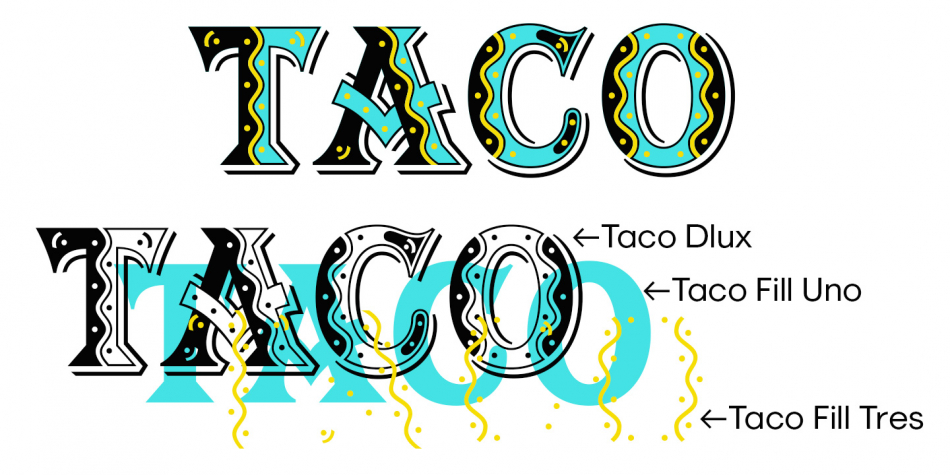 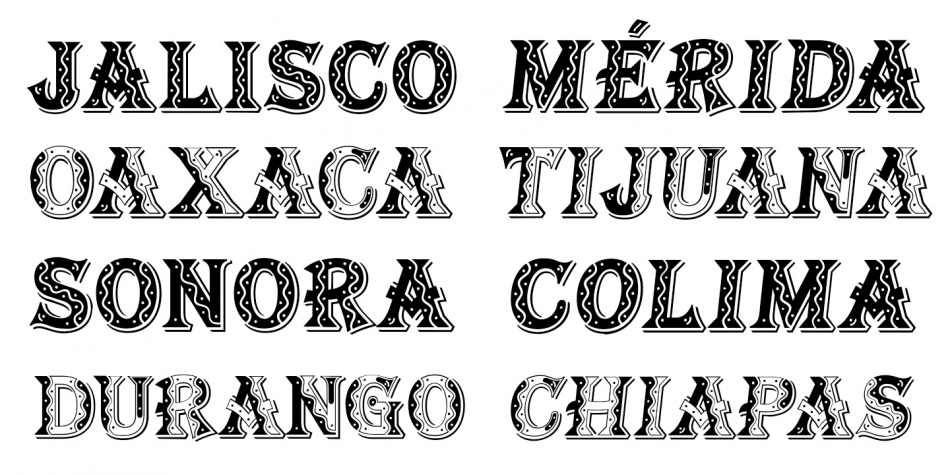 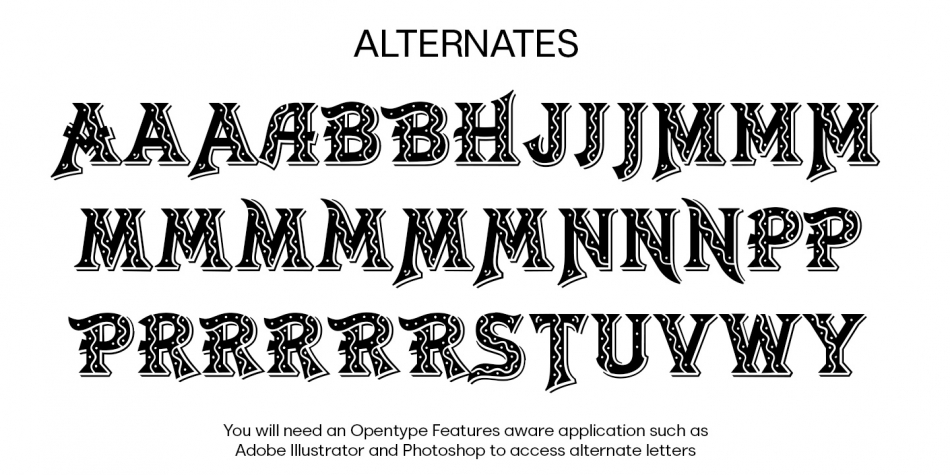 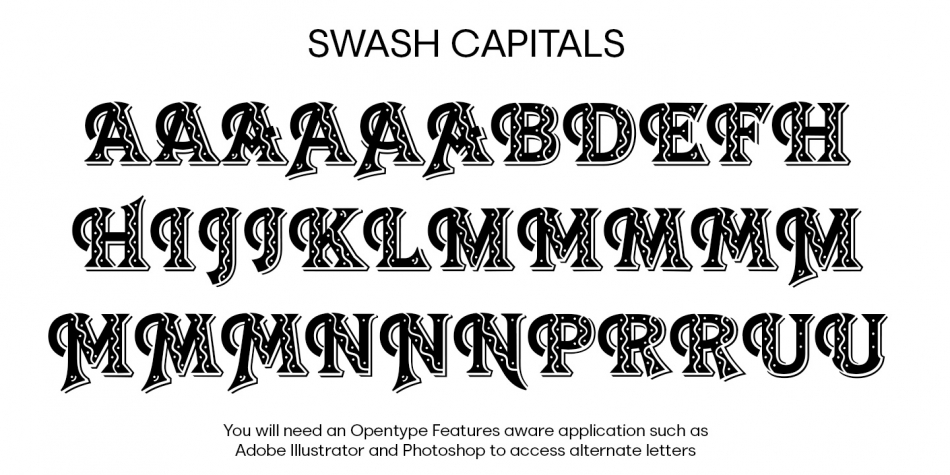 Designed by Michael Hagemann, Taco is a display font family. This typeface has twenty styles and was published by FontMesa.

Taco is a new Mexican style font family based on our Tavern and Algerian Mesa type designs.

When I finished the extra heavier weights for Tavern I decided to play around with a decorated version, the extra bold letters allowed for much more room to work with an inlay pattern.

After experimenting with several designs I decided on a Mexican pattern because the original base font is very popular in Mexican restaurant logos and menus plus it’s frequently used on Tequila bottle labels.

I originally planned three weights for the Taco font family, however, after completing the bold weight I’ve decided to release it now so you may put it to use while the regular and extra bold are being produced, sorry I can’t estimate a release date for the two other weights.

To use the fill font layers you’ll need an application that allows you to work in layers such as Adobe Creative Suite products.

Opentype features aware applications are also needed for accessing the many alternate glyphs in Taco, all the alternates that you love in our Tavern fonts are also available in Taco.

All the same alternates that you’ll find in our Tavern font are also in the Taco family.

While the fill font layers are in registration with one another some applications may throw them out of alignment by changing the spacing.
Custom inter letter spacing in Adobe Creative Suite may also throw the fill fonts out of alignment.
We recommend doing your custom spacing first then duplicate the type layer and change to the next fill font and color.

The inspiration for the Taco name of this font family was from a homemade Taco dinner I made for a guest at my house. After dinner I searched to see if there was a commercial font named Taco, there was no such font named Taco and the rest is history.

The old Stephenson Blake Algerian font has come a long way since 1908, and we’re not done with it yet.