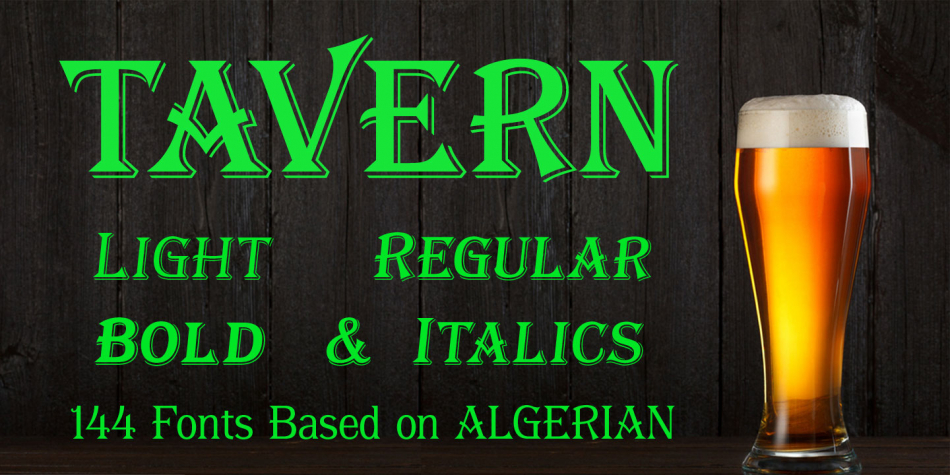 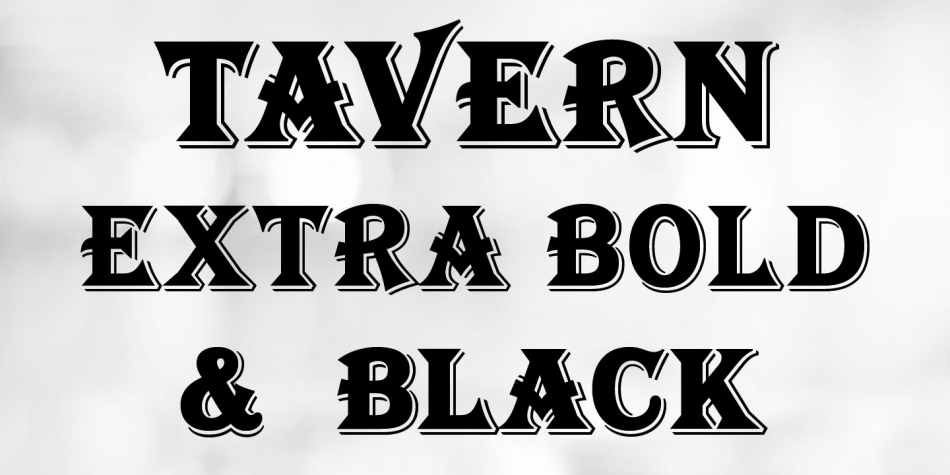 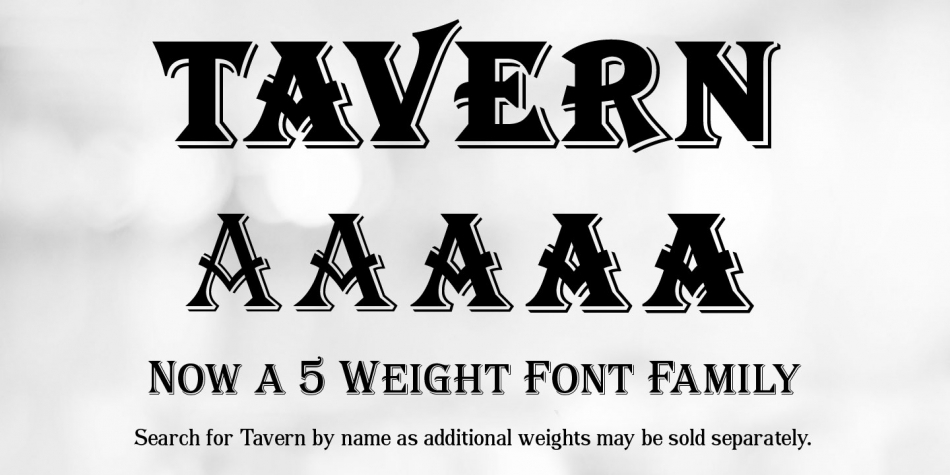 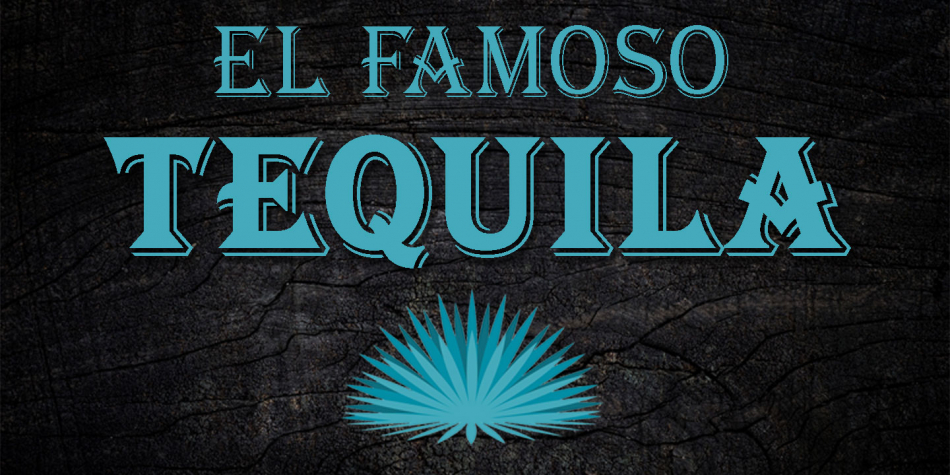 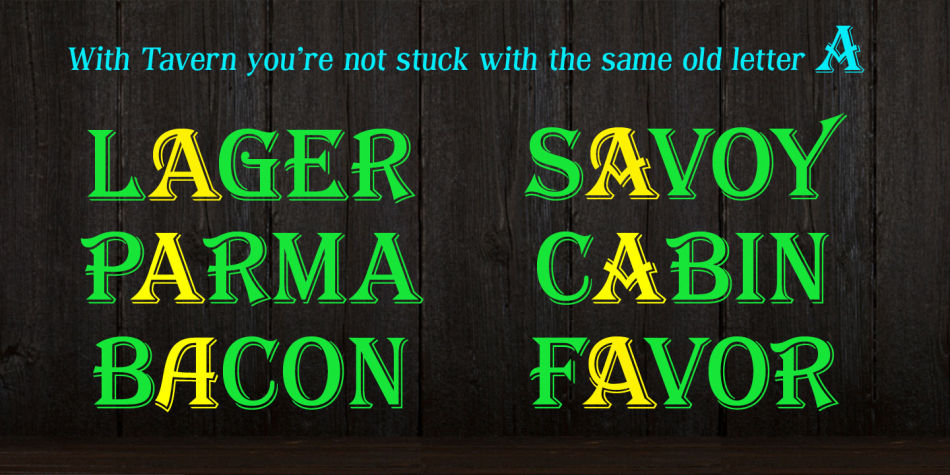 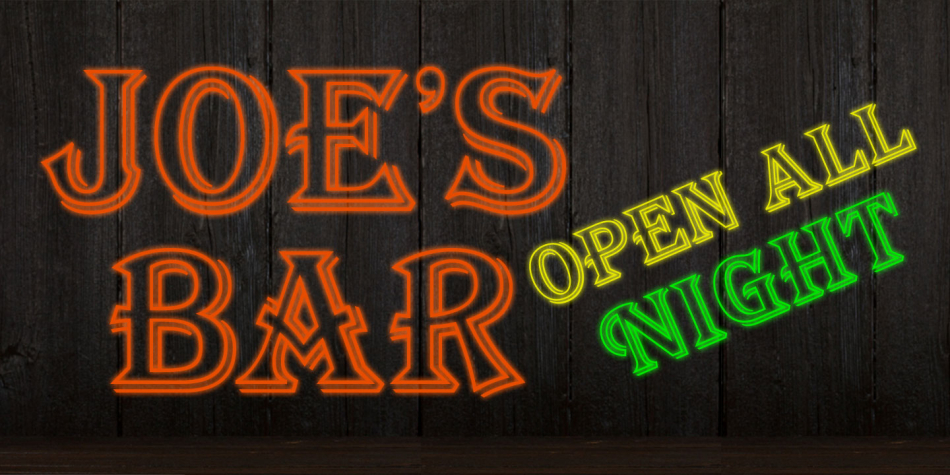 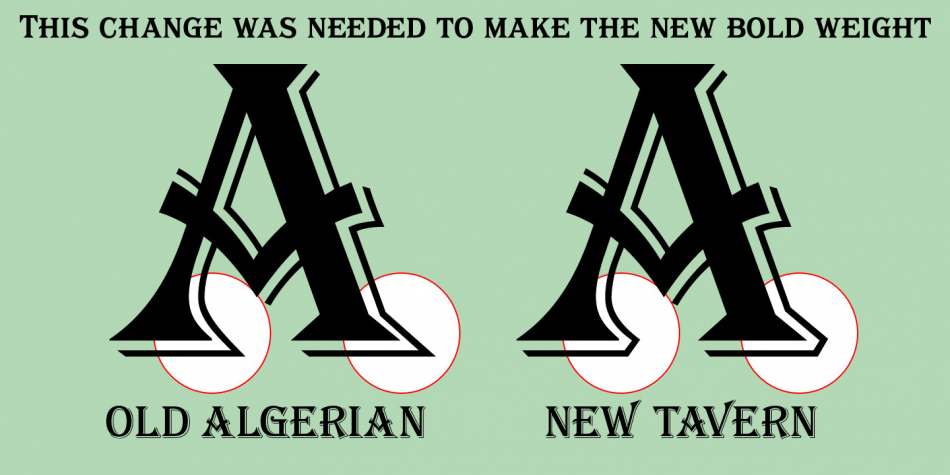 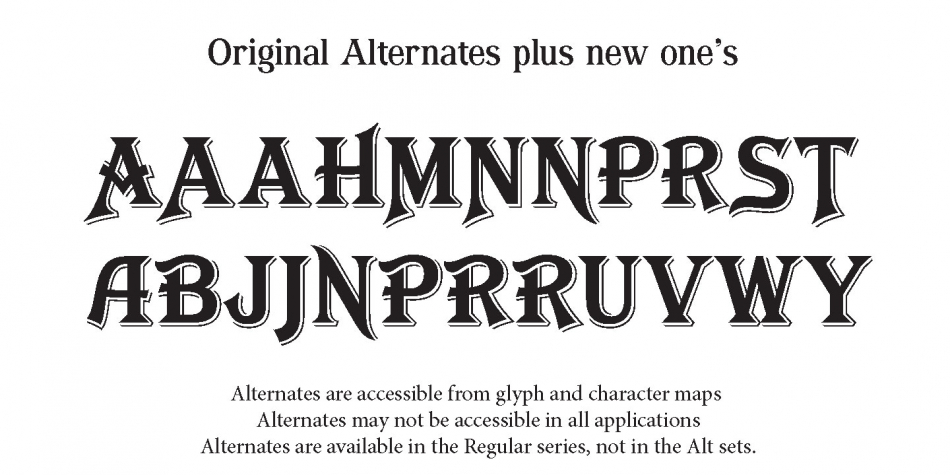 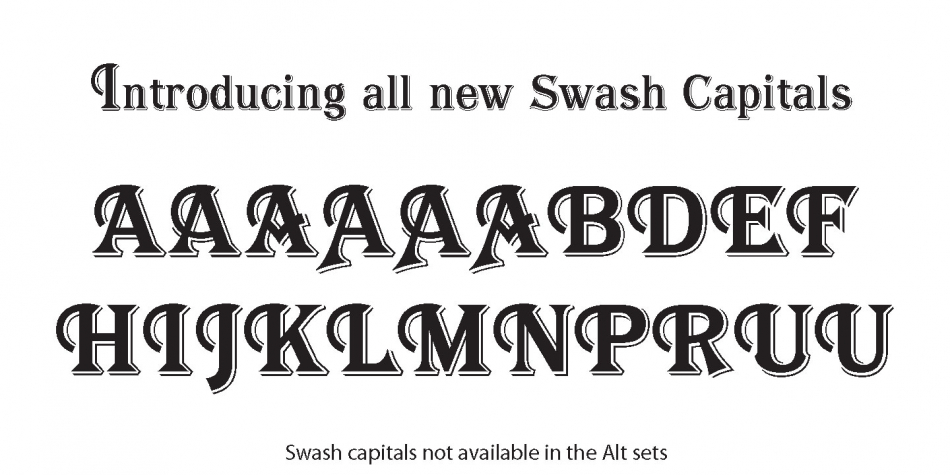 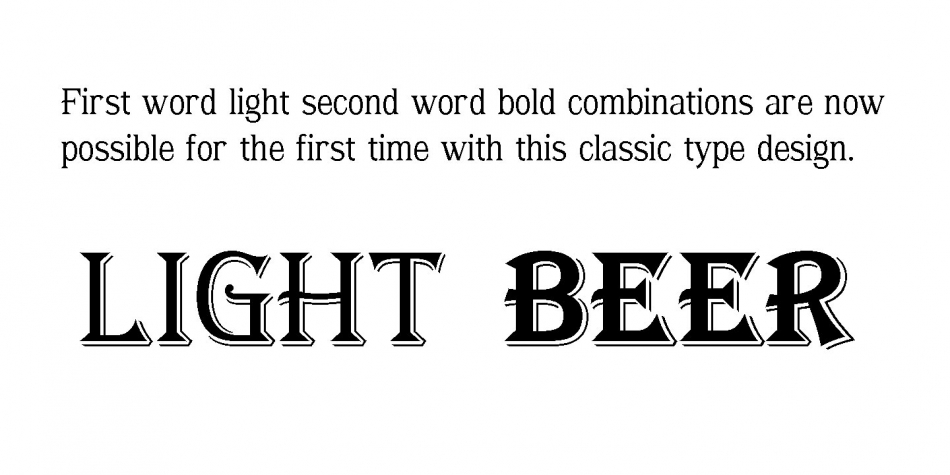 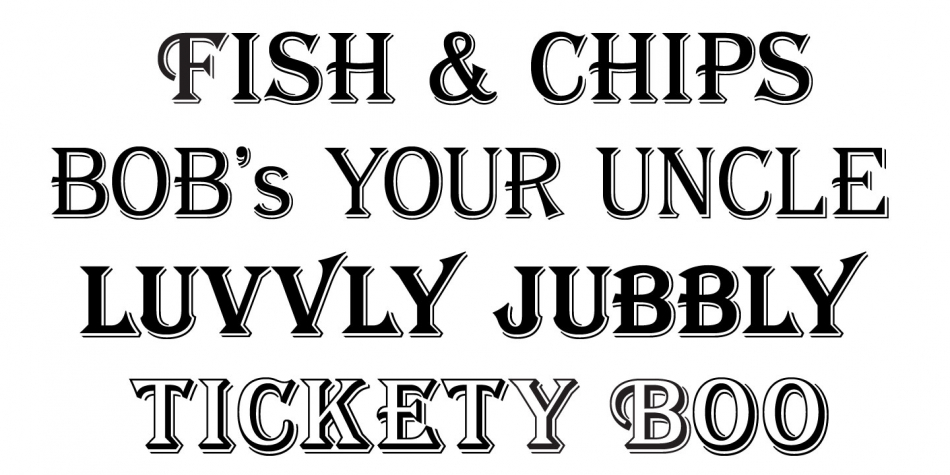 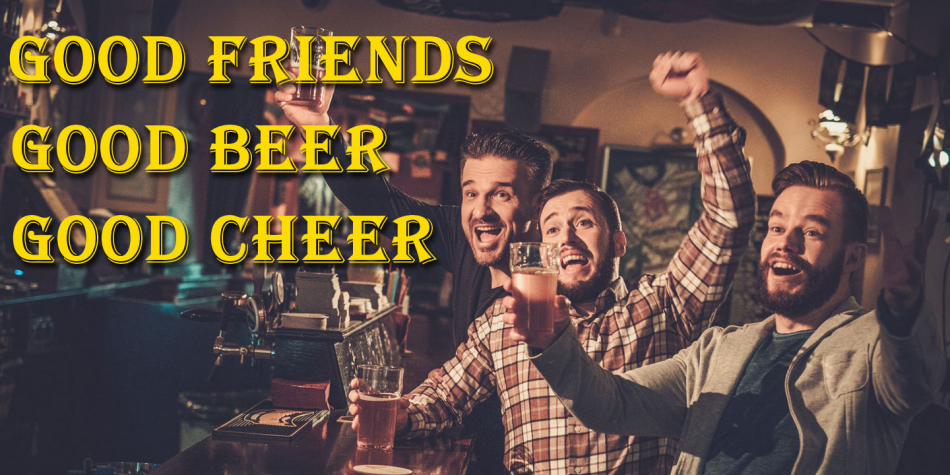 Tavern is a display serif font family. This typeface has one hundred and ninety-two styles and was published by FontMesa.

Tavern is a new font super family based on our Algerian Mesa design, with Tavern we’ve greatly expanded the usability by creating new light and bold weights. The addition of the bold weight made it possible to go further with the design by adding open faced shadowed, outline and fill versions.

Please note, the fill fonts are aligned to go with the open faced versions, they may work with the outline versions, however you will have to apply them one letter at a time. The Tavern Fill fonts may also be used a stand alone font, however, the spacing is much wider than the regular solid black weights of Tavern.

In the old days of printing, fill fonts rarely lined up perfect with the open or outline font, this created a misprinted look that’s much in style today. To create that misprinted look using two different colors, try layering the outline fonts offset over the top of the solid black versions.

Next we come to the small caps and X versions, for a font that’s mostly seen used in all caps we felt a small caps would come in handy. The X in Tavern X stands for higher X-height, we’ve taken our standard lowercase and raised it for greater visibility in small text and for signage where you want the look of a lowercase but it needs to be readable from the street.

In August of 2016 I started the project of expanding this font into more weights after seeing the font in use where someone tried creating a bold version by adding a stroke fill around the letters. The result didn’t look very good, the stroke fill also caused the shadow line to merge with the serifs on some letters. This lead me to experiment to see if a new bold weight was possible for this font and I’m pleased to say that it was.

So why the name change from Algerian to Tavern?
Since the original font was designed in England by Stephenson and Blake I decided to give this font a name that reminded you of the country it came from, however there were other more technical reasons.
During the creation of the bold weight the engraved shadow line was sticking out too far horizontally on the bottom right of the serifs dramatically throwing the whole font off balance.

The original font encountered this problem on the uppercase E, L and Z, their solution was a diagonal cut corner which was now needed across any glyph in the new bold weight with a serif on the bottom right side.

In order to make the light and regular weights blend well with the bold weight diagonal cut offs were needed and added as well. This changed the look of the font from the original and why I decided to change the name, additional concerns were, if you’re designing a period piece where the font needs to be authentic then this font would be too new.

The best way to access alternate letters in Tavern is with the glyph map in Adobe Illustrator and Adobe InDesign products, from Adobe Illustrator you can copy and paste into Photoshop as a smart object and take advantage of all the text layer style features Photoshop has to offer. There may be third party character maps available for accessing alternate glyphs but we can’t advise you in that area.

I know what you’re thinking, will there be a Tavern Condensed?
It takes a lot of hours to produce a large font family such as this, a future condensed version will depend on how popular this standard version is.

If you love Tavern we’re happy to introduce the first distressed version of this font called Bay Tavern.