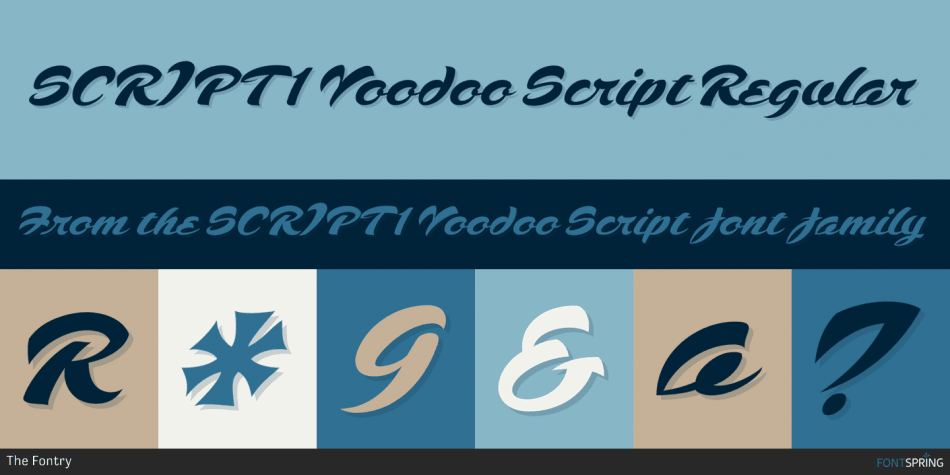 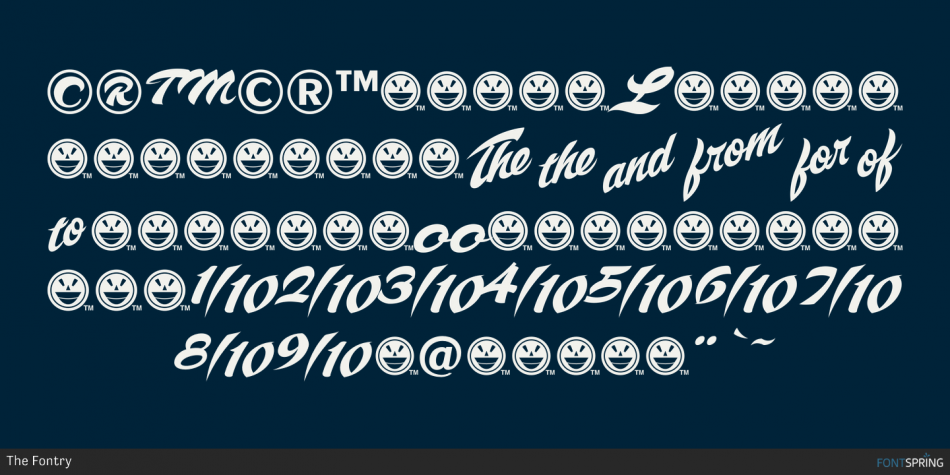 SCRIPT1 Voodoo Script is a dingbat, script and brush script font family. This typeface has two styles and was published by The Fontry.

It’s time for a script font with magical appeal. Think island. Think orient. Or for some, the magic is real. It’s voodoo! Voodoo Script! The font with 14,000 kerned pairs and over 45 alternate characters and ligatures! It’s the script like no other—with options like no other! If you love dinking around in the non-keyable range (and I know you do) then you’ll be laying out your messages in fast order and perfect form with this face. Voodoo even comes with an “extras” set, the crown jewel of which are preset words, those prepositional layout-killers we all just wish would go away. You know the ones I’m talking about. It’s that word like “of” or “the” that shows up at the wrong time to play havoc with the real focus of your design. Seven of the worst offenders have been pre-assembled to perfectly complement your Voodoo layouts: The, the, and, from, for, of, to. You’ll also find distance fractions, accent marks for foreign characters, and a few other symbols that had to be left out of Voodoo proper to make room for those hidden goodies that will have you salivating all over your character map. But then Voodoo does tend to work its magic that way.