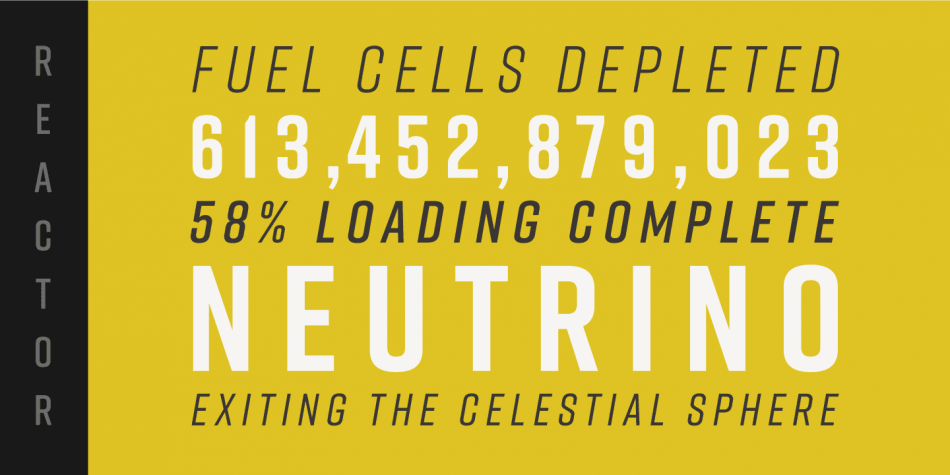 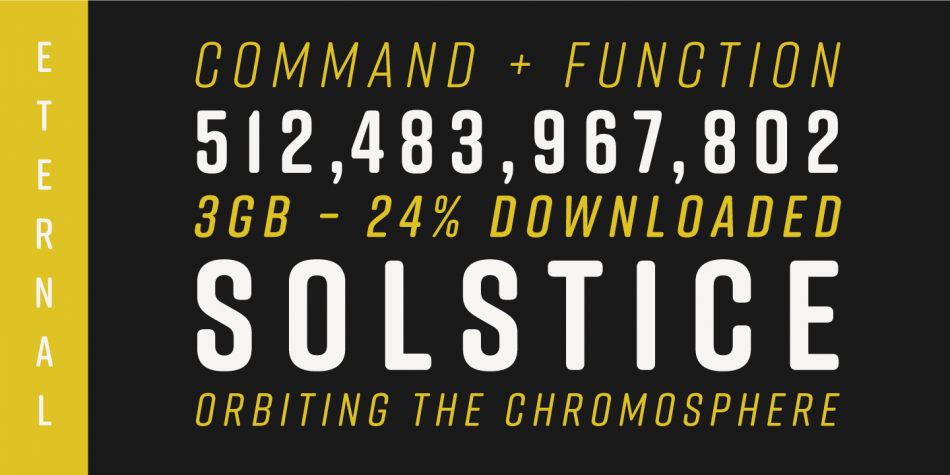 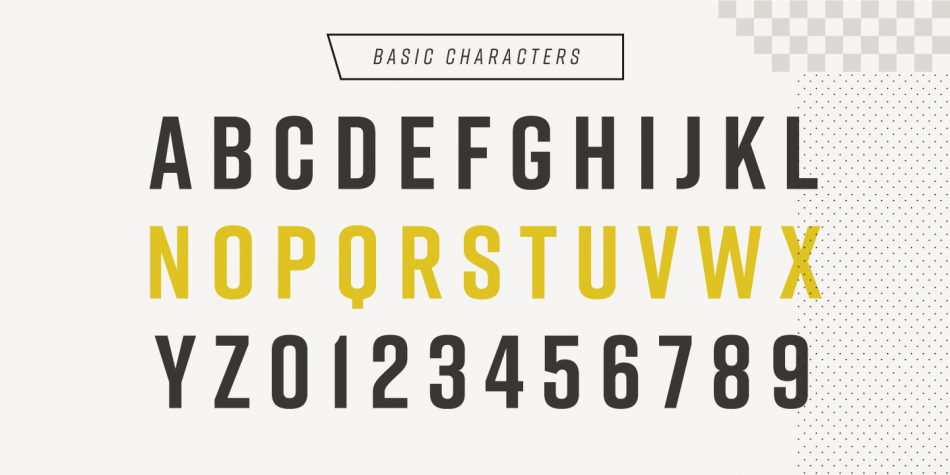 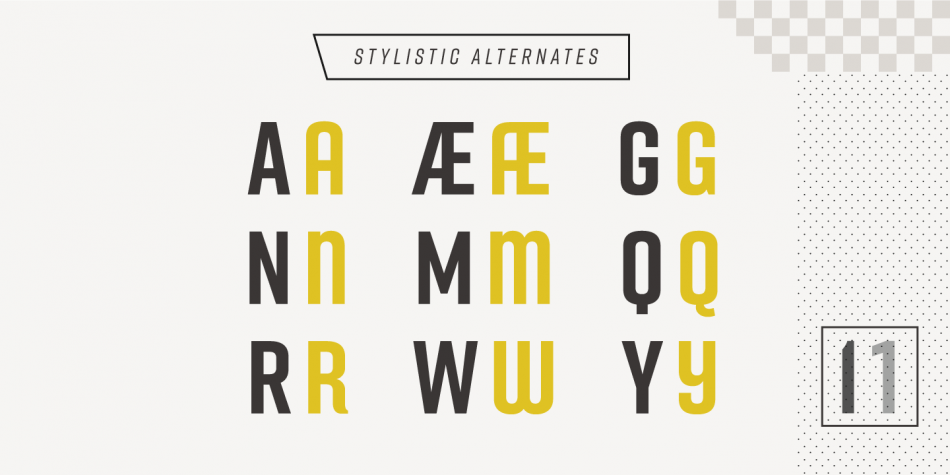 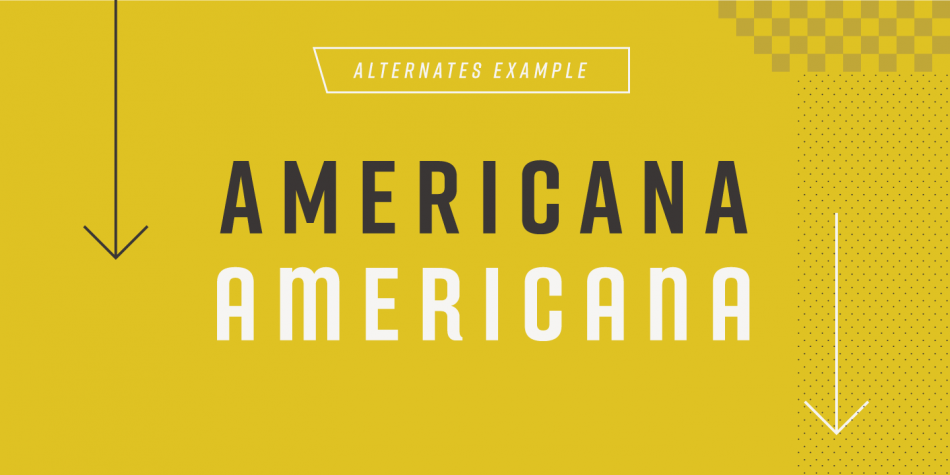 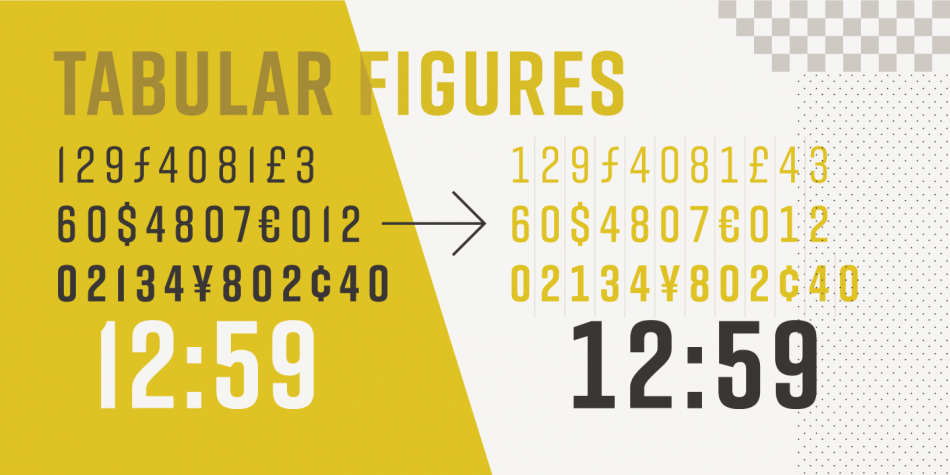 Designed by Mattox Shuler, Rift is a sans serif and display sans font family. This typeface has twenty styles and was published by Fort Foundry.

The idea for Rift was conceived while designing a board game called Control. The time-travel theme and sci-fi overtones of the game pushed me to find inspiration in the titles and lettering on campy sci-fi posters from an earlier age. What was found was tall, geometric type often rooted in the square-sans genre. From that exploration, a bold typeface was built for the titles on the cards and logo of the game.

An interesting phenomenon occurred as Rift was placed in other scenarios—it adapted. Though sci-fi usage was the original influence, the end-product became something much-more versatile. This led me to develop new weights, italics, and soft styles for the face in order to accommodate a wider array of use.
Rift was further given Opentype features to allow designers more flexibility and control over the family. Stylistic Alternates give Rift a more playful vibe that still retains its earnestness. Tabular Figures are perfect for reports, timers, or apps when numbers and currency need to align vertically. Clocking in at 457 glyphs, Rift covers an extensive range of languages.