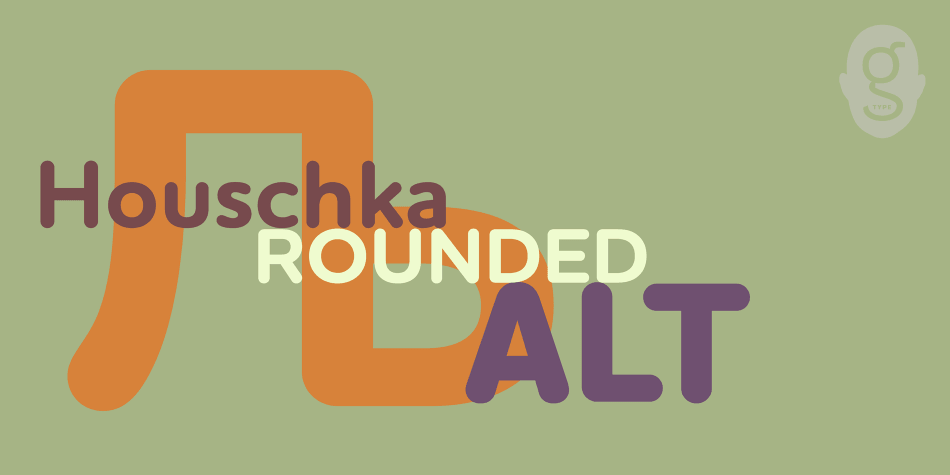 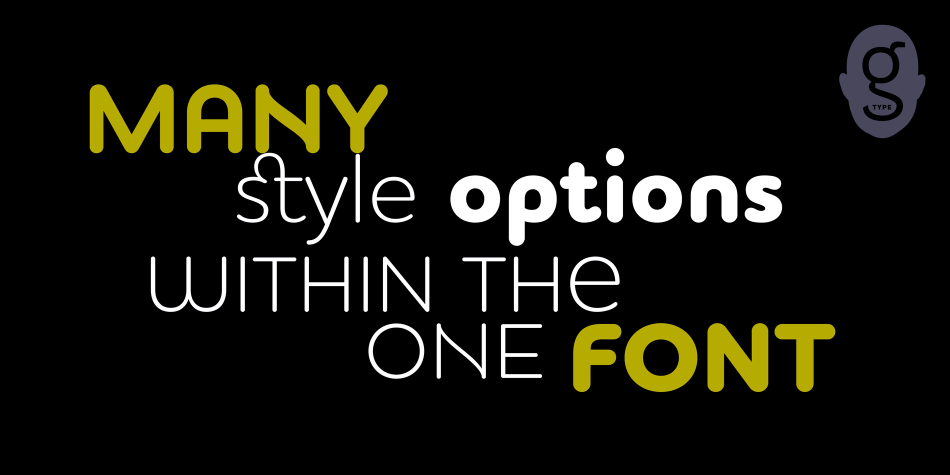 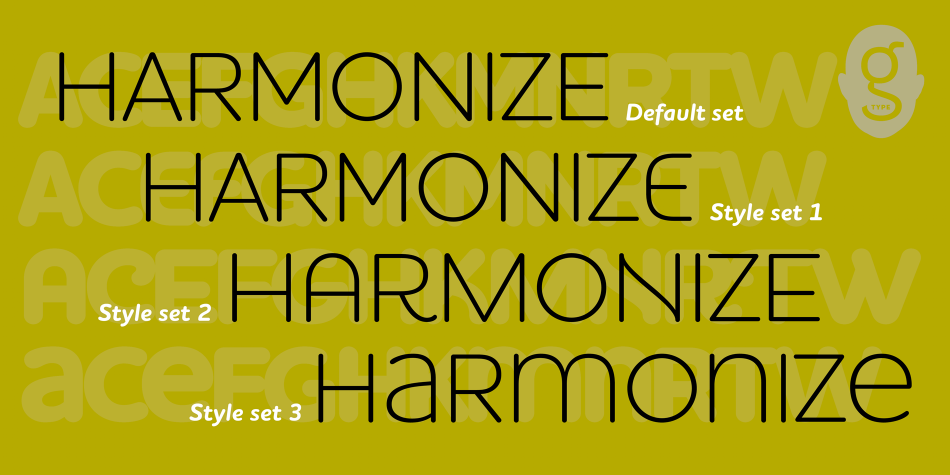 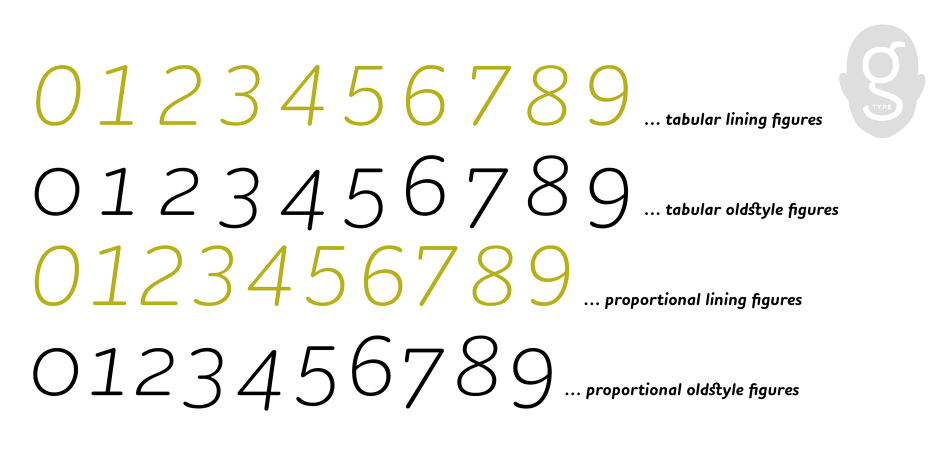 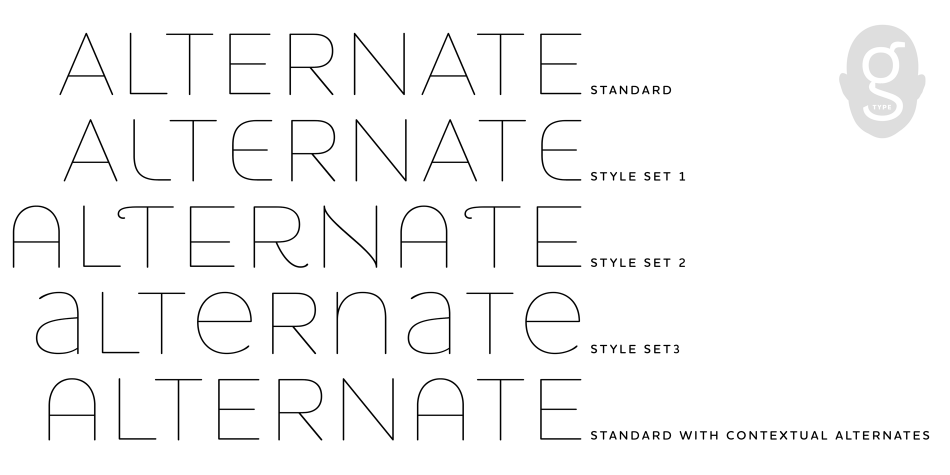 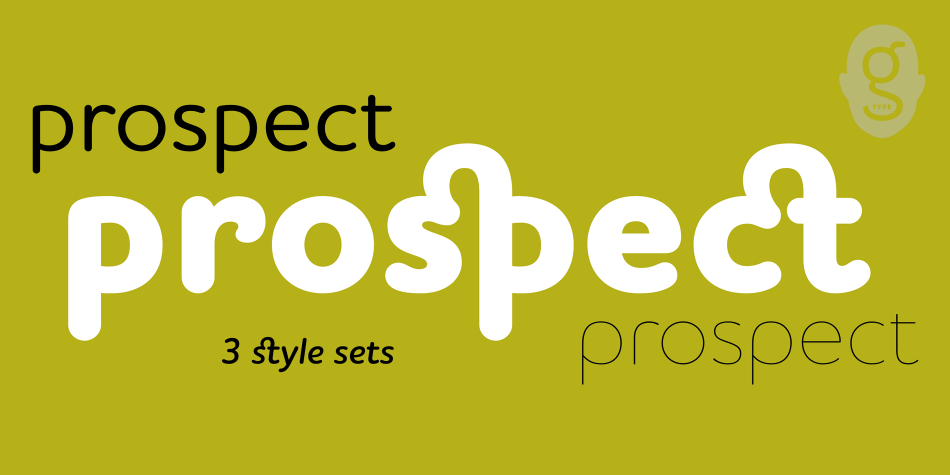 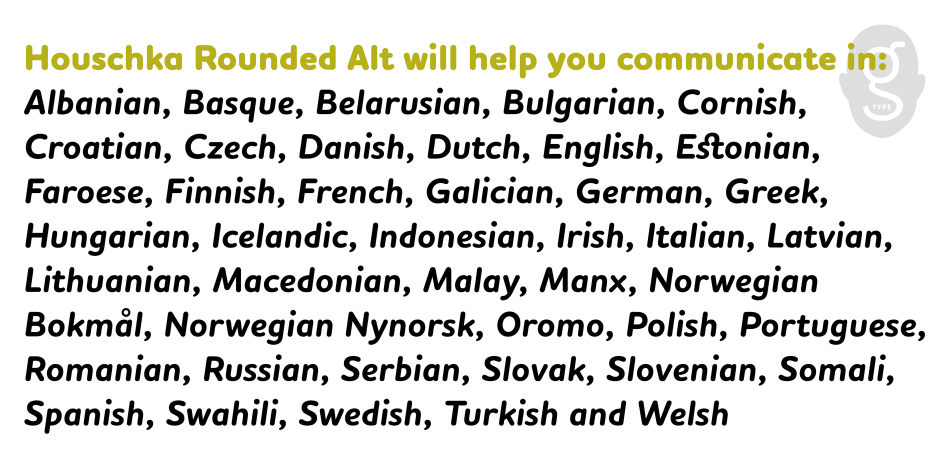 Designed by Nick Cooke, Houschka Rounded Alt is a sans serif font family. This typeface has twelve styles and was published by G-Type. 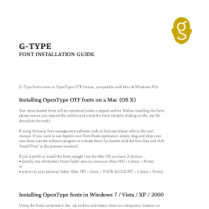 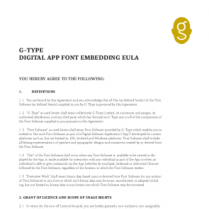 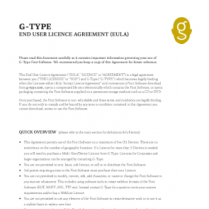 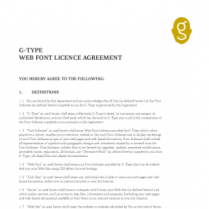 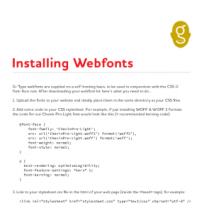 Houschka Rounded Alt is identical to the original Houschka Rounded family with the exception of straight A & W characters which replace the arched versions by default (but are still accessible in the font). So if you want a more straight-laced Houschka Rounded font with the quirks kept in check then the Alt version is for you.

Houschka Rounded (Alt) is a soft-cornered linear sans named after an old Austrian sweet shop in Salzburg owned by Georg Houschka. Sadly the shop no longer exists, however the distinctively rounded signage above the former premises inspired the digital re-incarnation that became the first Houschka type family back in 1999.

Since then the Houschka letterforms have been refined and the character set vastly extended to include Western, Central European, Baltic, Turkish & Cyrillic (Russian) language support.

As with all the other Houschka OpenType font sets, Houschka Rounded Alt is a design professional’s dream, crammed with additional stylistic sets, ligatures, contextual alternates and 4 sets of numerals.