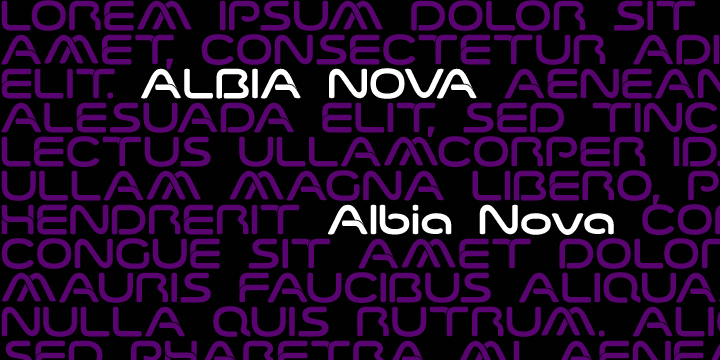 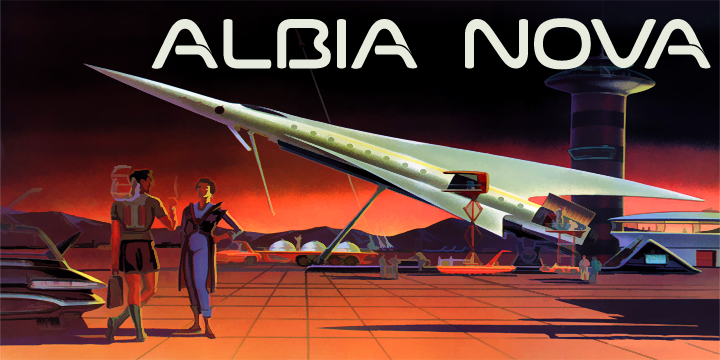 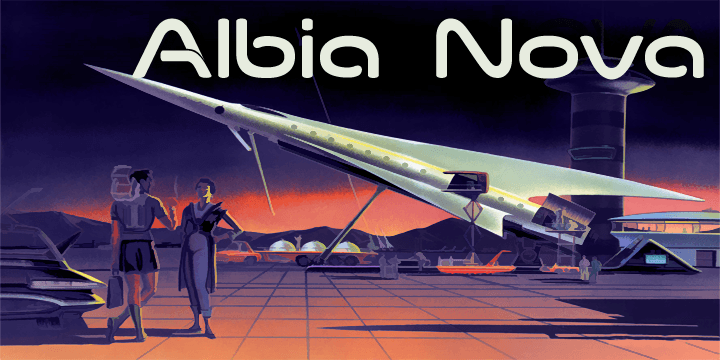 Albia Nova is a bit of a new departure for Greater Albion-an unashamedly futuristic typeface.  It was originally developed for a friend of ours-a set designed who needed some lettering on props for a science fiction play-the brief was to evolve conventional letter forms and speculate as to what they may look like in the future.  As released Albia Nova is a more refined version of this idea, placing a bit more emphasis on readability (today) over evolution of the letterforms.  The result is good for giving design projects a futuristic feel, but also has something of the 1970s and 1980s about it.