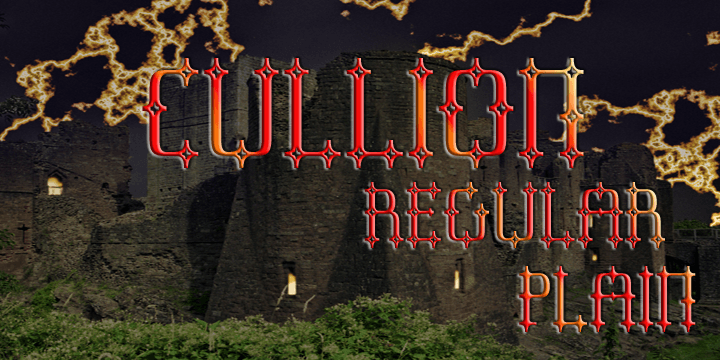 Cullion is a novelty font family. This typeface has two styles and was published by Greater Albion Typefounders.

Cullion is a new departure for Greater Albion, being a modern Fraktur, embodying future trends sch as highly stylised glyphs, a single case of lettering and highly evolved letterforms.  At the same time it can trace its inspiration back to blackletter traditions, and is inspired by the sort of ironwork to be found in a medieval portcullis.  The resulting typeface can sit happily in traditional, modern or futuristic design work.  As the gallery images suggest, it does rather lend itself to work with a ‘horror’ theme, but it could have many other uses too-even in religious work.  Cullion is particularly effective in poster headings.