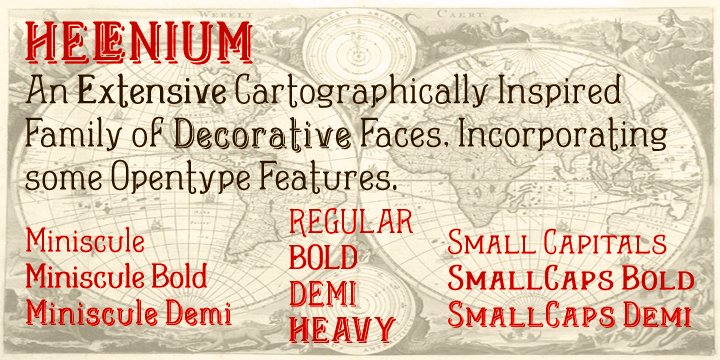 Helenium is a historical font family. This typeface has ten styles and was published by Greater Albion Typefounders.

Informal does not have to mean aggressively modern or casual. Helenium is inspired by some hand drawn capitals that I found added to a 19th century map. It’s a great font for informal titles and headings that still keep an air or regularity and ever so slightly period elegance. It manages to be formal and casual all at once, as well as classical and modern. Helenium’s range of different weights and drop shadow effects make it useful for hierarchical titles and headings while Helenium Miniscule adds greater flexibility by extending the family with a fun range of rounded lower case forms.