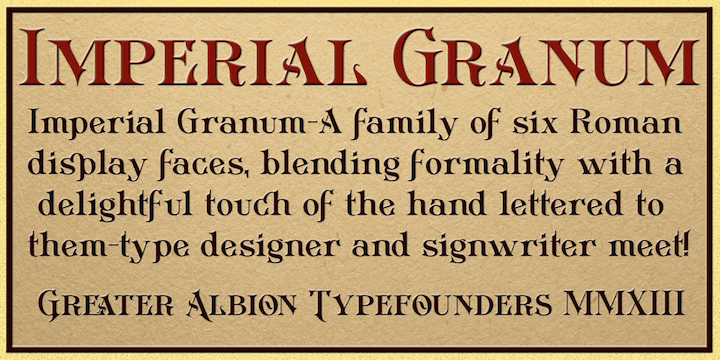 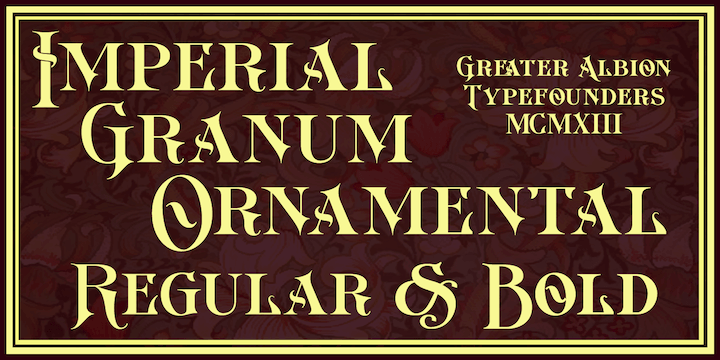 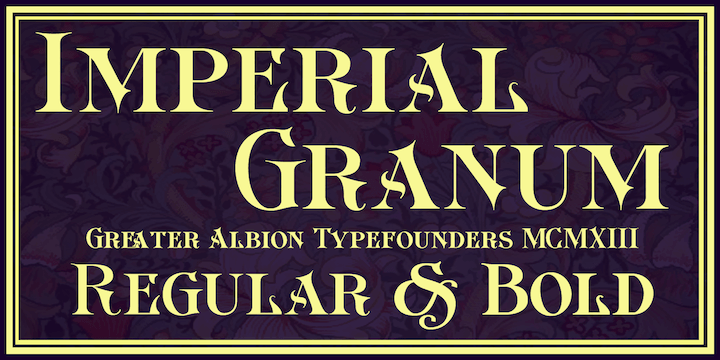 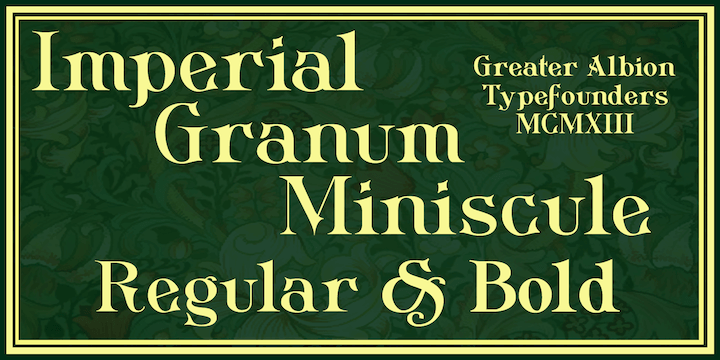 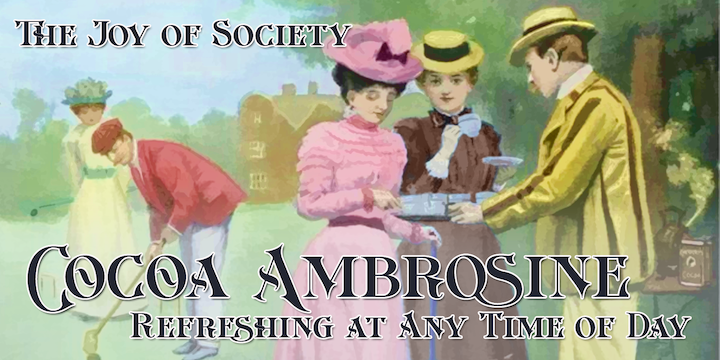 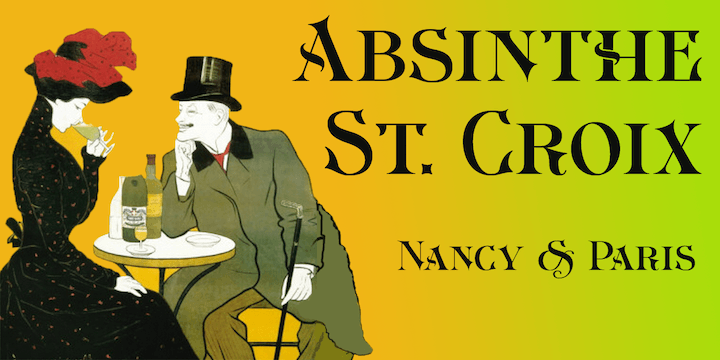 Imperial Granum is a art nouveau font family. This typeface has six styles and was published by Greater Albion Typefounders.

Imperial Granum is designed primarily as a Roman Title and lettering face, combining formality and dignity with a delightful touch of ’ Arts and Crafts’ like hand drawn design.  The regular form of Imperial Granum (which is inspired by a beautifully hand-lettered early 20th century food advertisement) offers two sizes of capitals, in order to provide true ‘small-capitals’ lettering.  Similarly, the Ornamental form consists exclusively of capitals and is designed to be able to mix and match with the regular form.  The miniscule form can, of course, be used in its own right, but is primarily intended to complement the regular and ornamental forms.  All three faces are offered in regular and bold weights.  Explore some Edwardian Arts and Crafts typographical fun today!