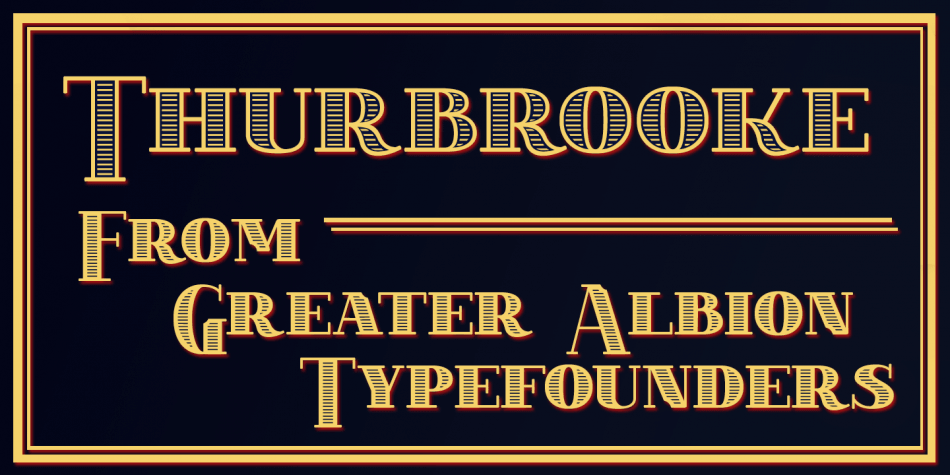 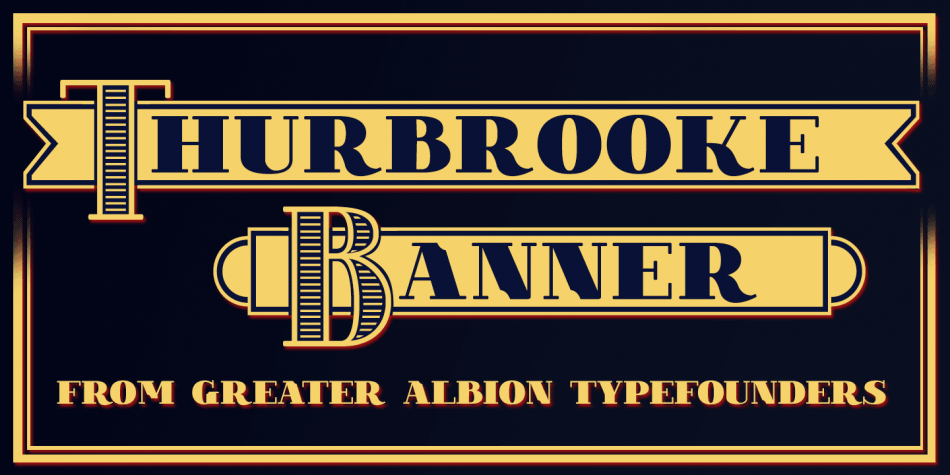 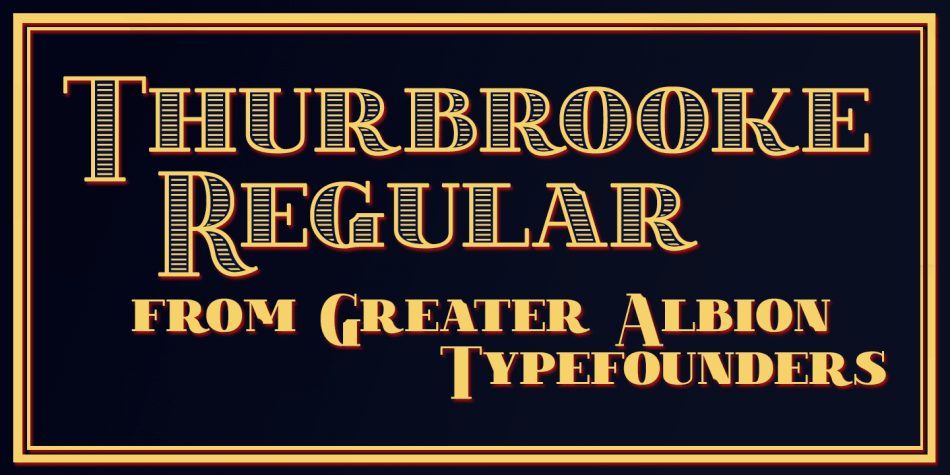 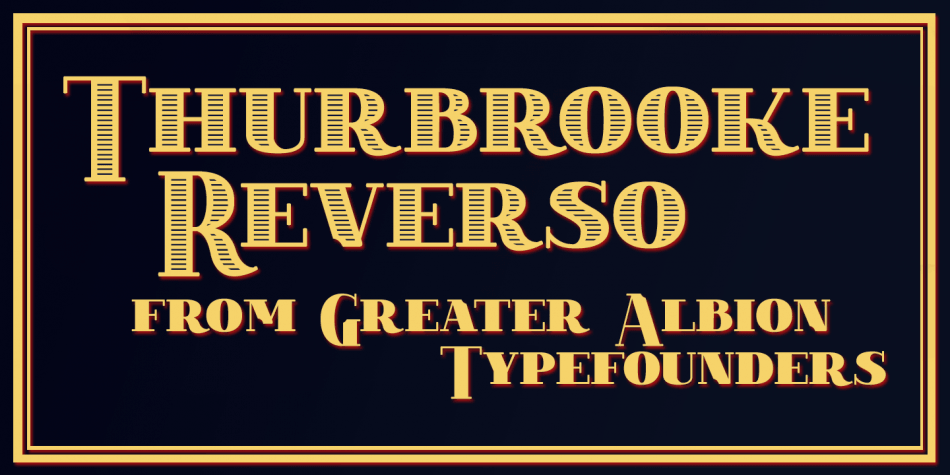 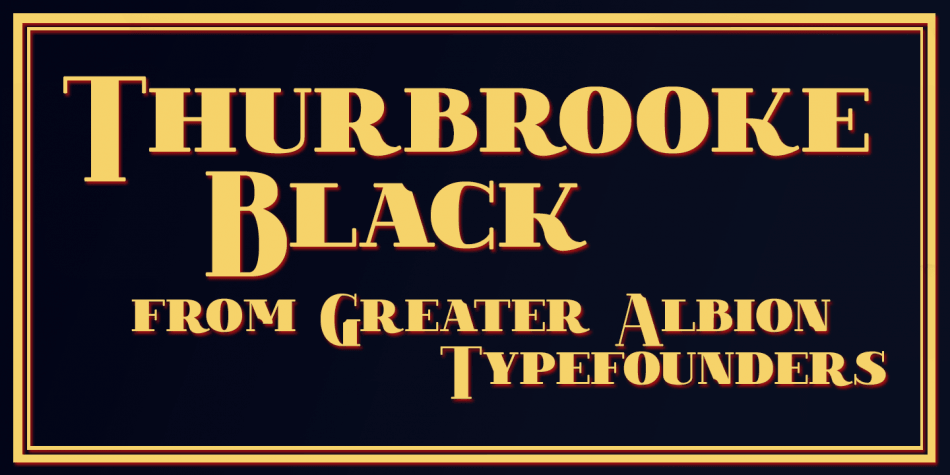 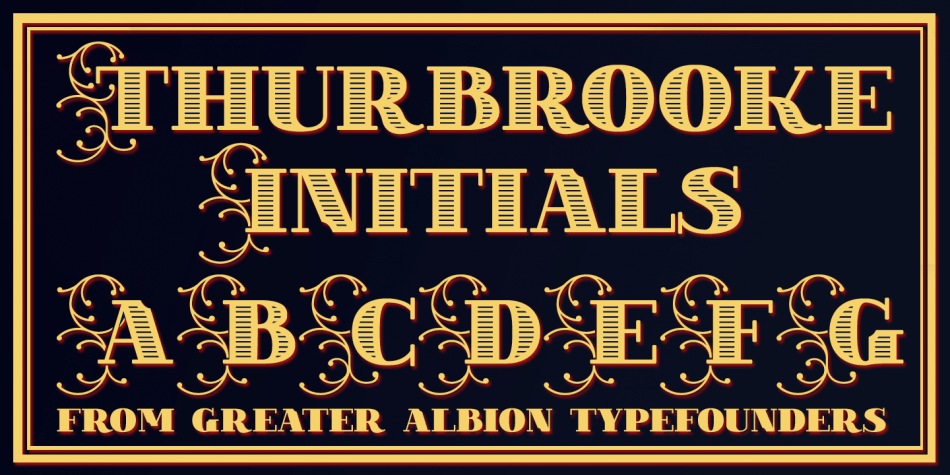 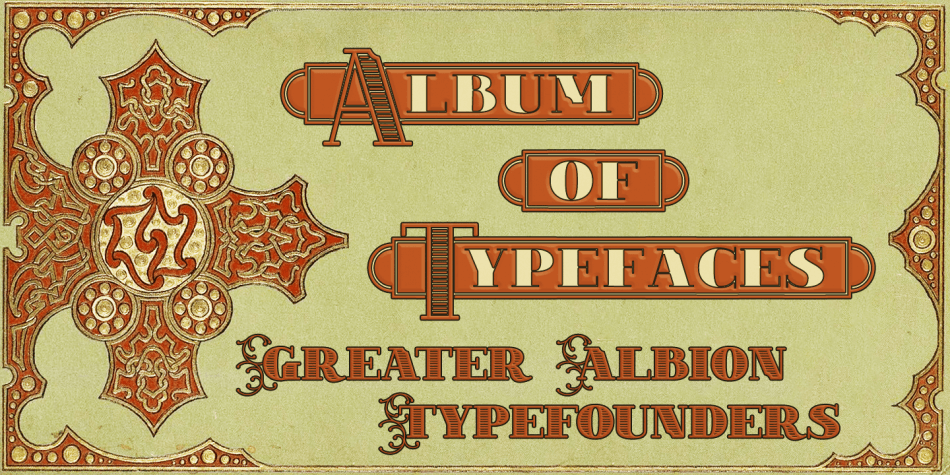 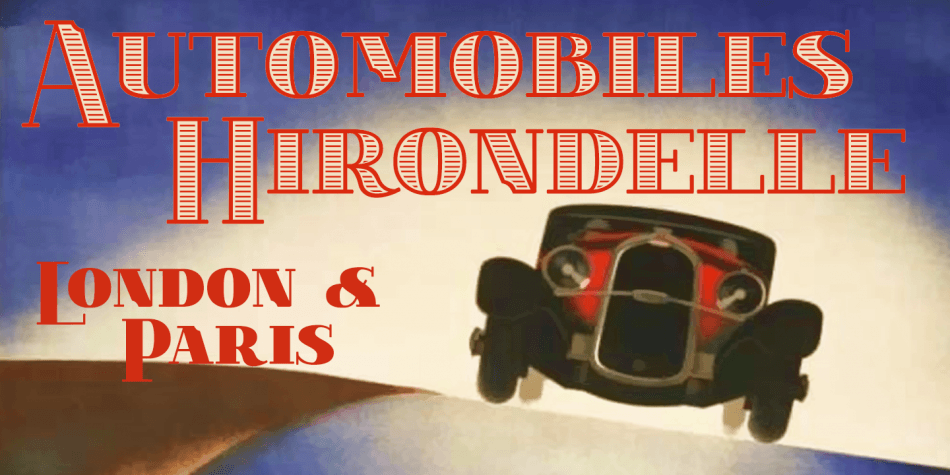 Thurbrooke is a monograms, display and display serif font family. This typeface has five styles and was published by Greater Albion Typefounders.

Thurbrooke is an early 20th century inspired display family, offering two sizes of Roman capitals.  Five typefaces are offered in the Thurbrooke family.  The Regular face is shaded in horizontally engraved lines and suggests something of vintage advertising captions.  A reversed ‘Reverso’ face, transposing black and white space is offered, as is a ‘Black’ face with solid letterforms.  The remaining two faces are a bit more specialised.  Thurbrooke ‘Banner’ is the latest in our popular line of masthead or cartouche faces-very impressive for banner headings.  Thurbrooke Initials is a set of initial capitals, which blend in perfectly with Thurbrooke Reverso, or which also make splendid drop capitals.  Why not explore some (or all) of the elements of the Thurbrooke family today, and introduce some early 20th century inspired colour to your work?