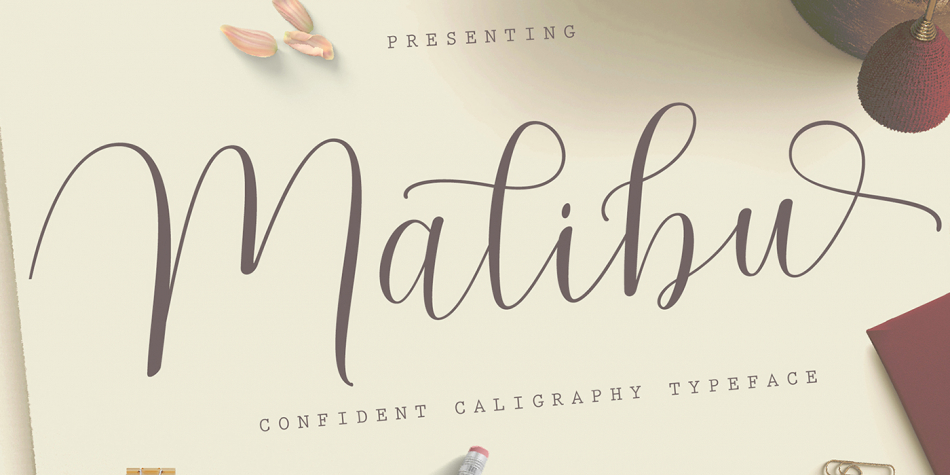 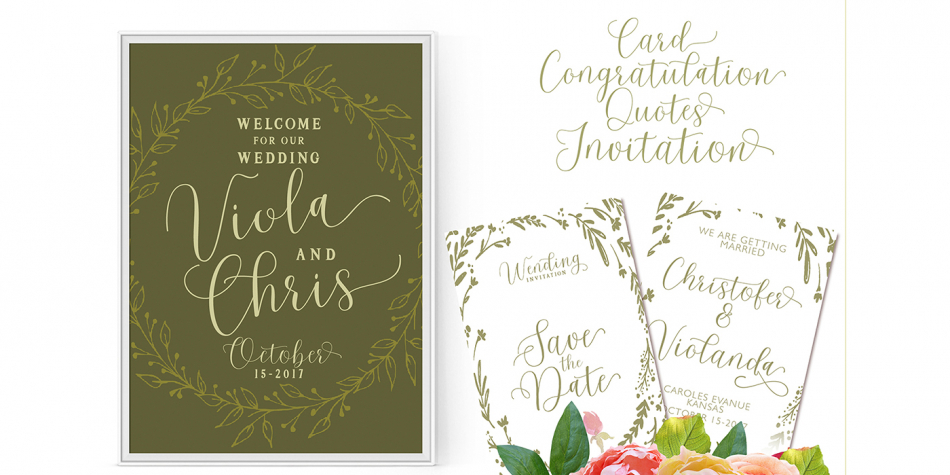 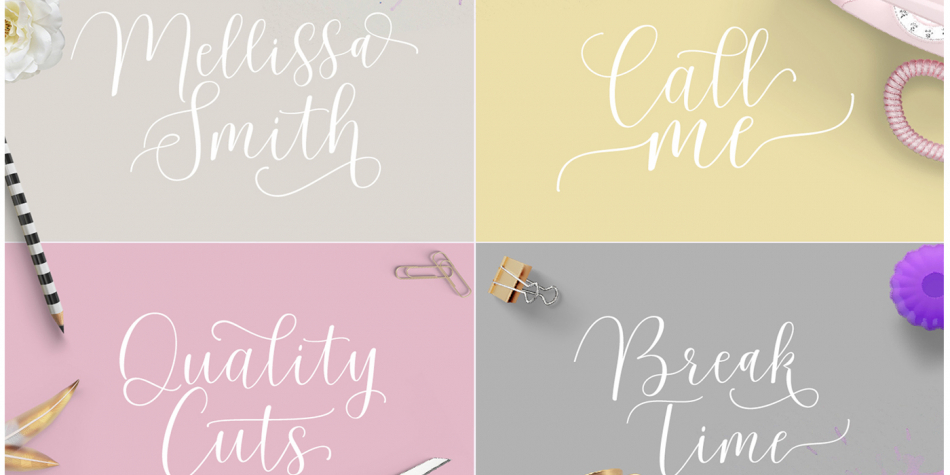 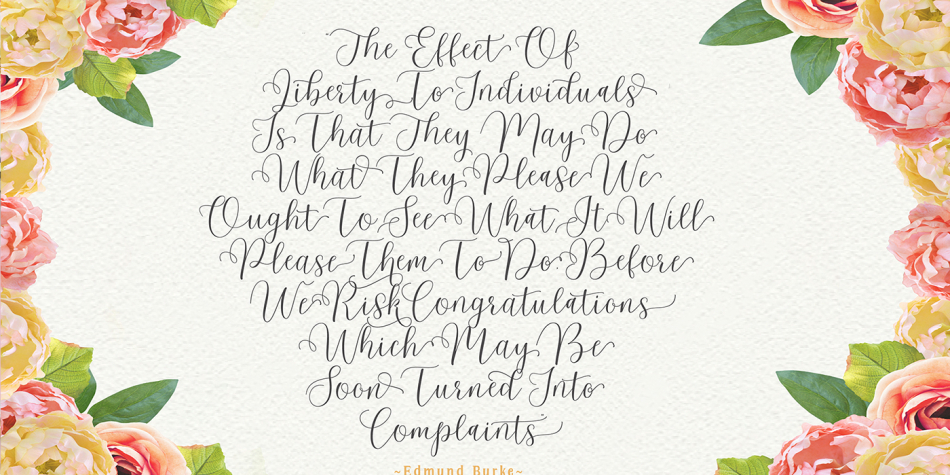 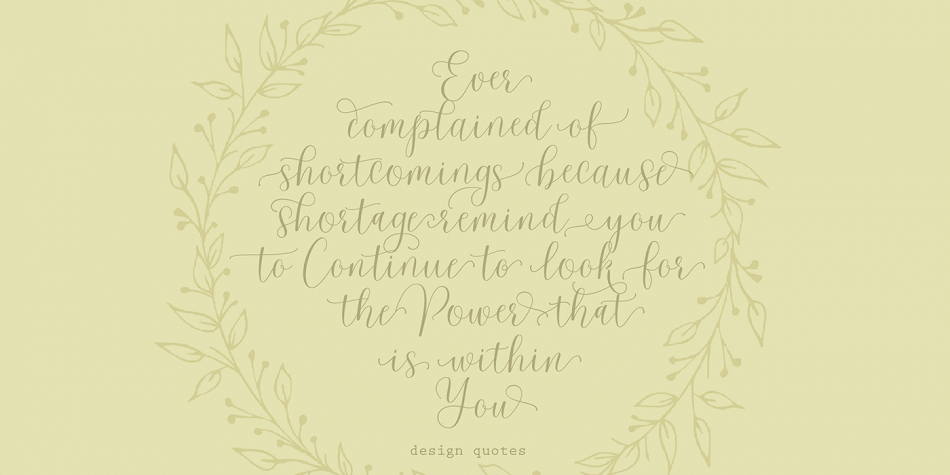 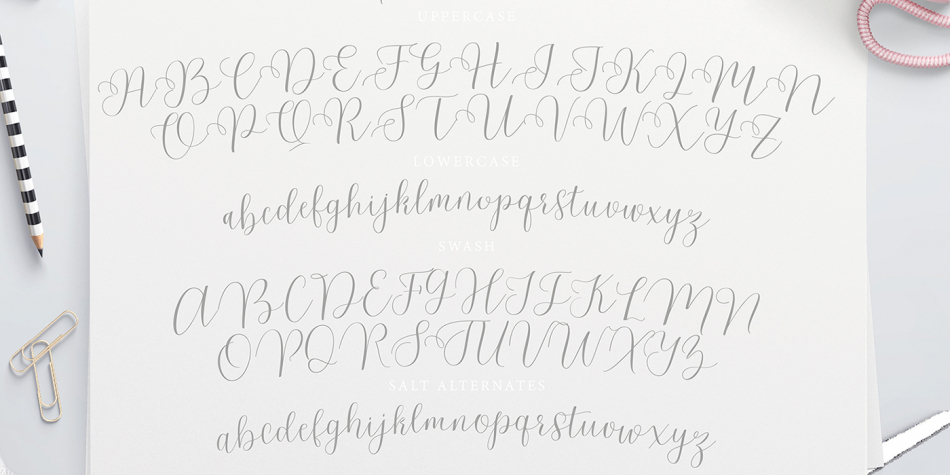 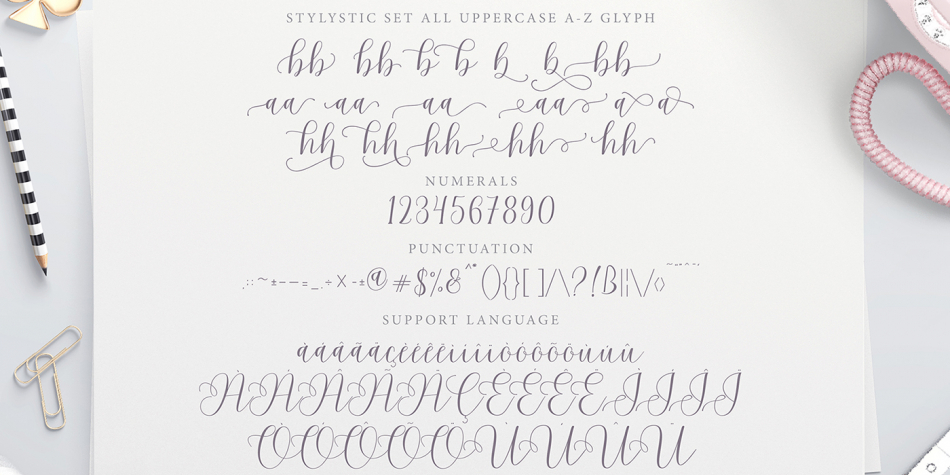 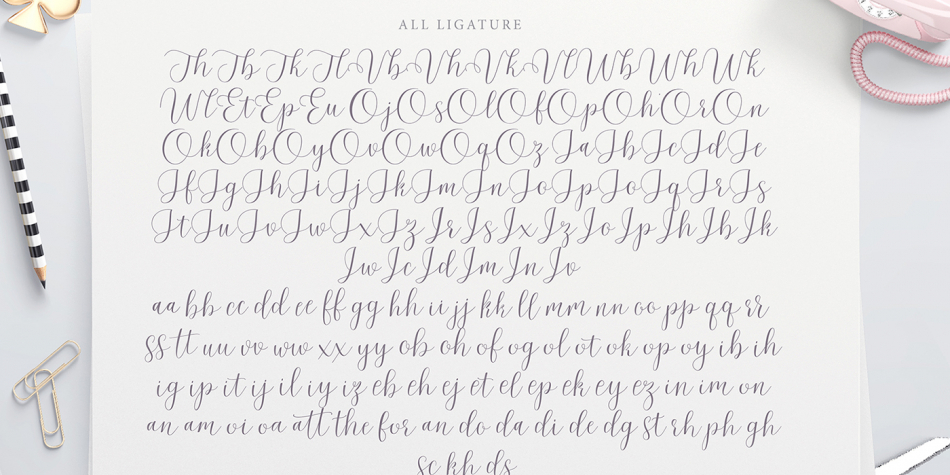 Malibu is a modern calligraphy font published by Genesislab.

There are more than 619 glyphs in a font including stylistic sets, Contextual Substitute etc. OpenType features with the Stylistic Alternates, Alternative Contextual a few characters that allow you to mix and match pairs of letters according to your design. To access alternate glyphs, you need a program that supports OpenType features such as Adobe Illustrator CS and Adobe InDesign, Corel Draw, Microsoft Word 2010.