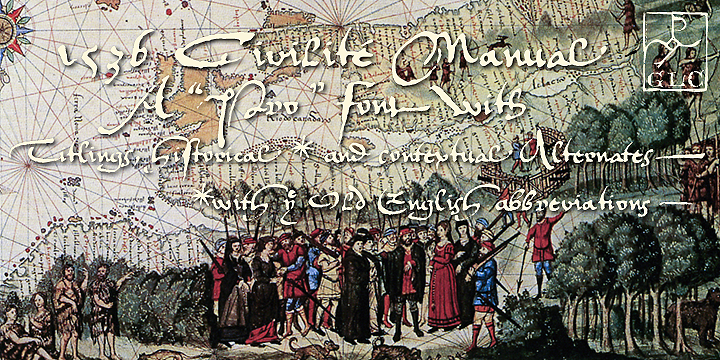 1536 Civilite Manual is a grunge, historical and script font published by GLC Foundry.

This font was created inspired from a handwritten copy of the “Brief story of the second journey in Canada” (1535) by French explorer Jacques Cartier. It is an early “Civilité” manual style, closely looking like the “Civilité” script font carved by Robert Granjon a few years later and still strongly influenced by blackletters forms, clearly visible in the capitals or long s, d, e, f or t forms. (Look at our “1557 Civilite Granjon Pro” and the latest “1638 Civilite Manual”)  . It is containing Western (including Celtic) and Northern European, Icelandic, Baltic, Eastern, Central European and Turquish diacritics. Historical forms, titling alternates and the numerous lower alternates or ligatures made the font looking like a real various hand.