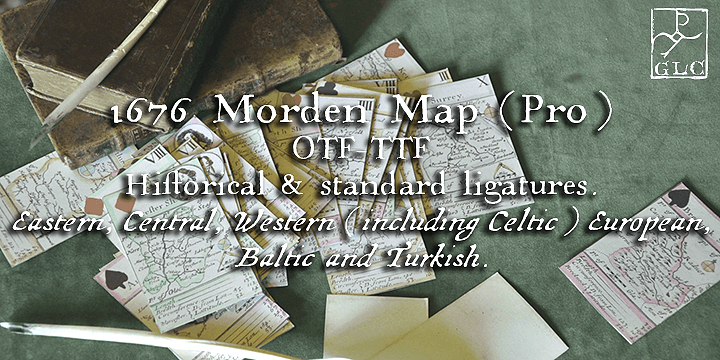 1676 Morden Map is a historical font family. This typeface has two styles and was published by GLC Foundry.

This family was created inspired from the engraved typeface (Two styles : Normal & Italic) used in the pack of 52 playing cards who was describing the 52 counties forming a small Atlas of England and Wales and depicting English roads for the first time, published by Sir Robert Morden in 1676.
Our OTF and TTF versions are covering Western, Eastern and Central European languages (includind Celtic), Baltic and Turkish, containing historical and standard ligatures plus specific Old English abbreviations.