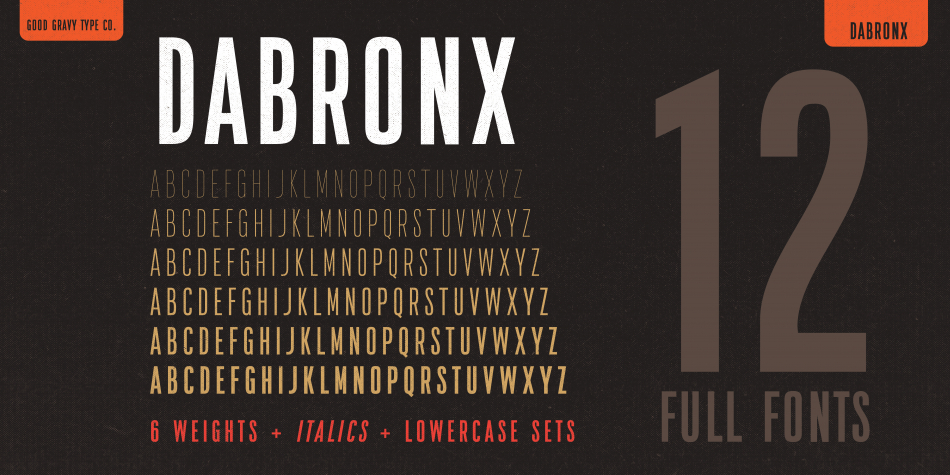 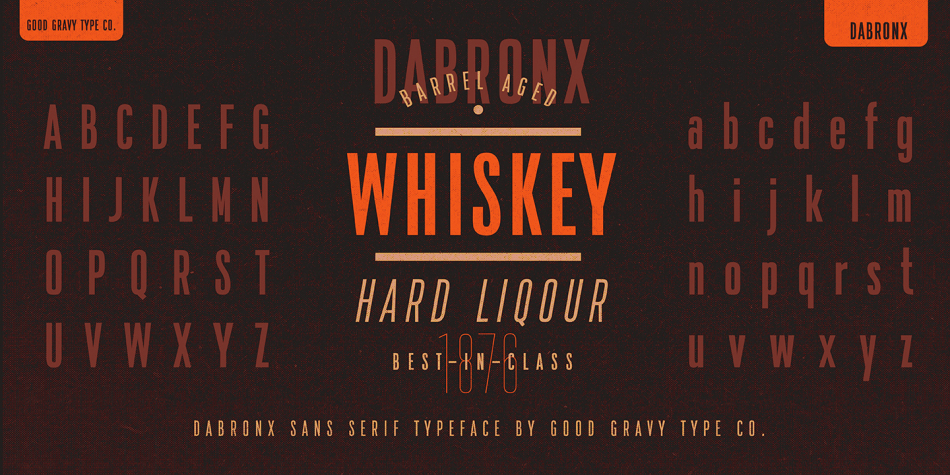 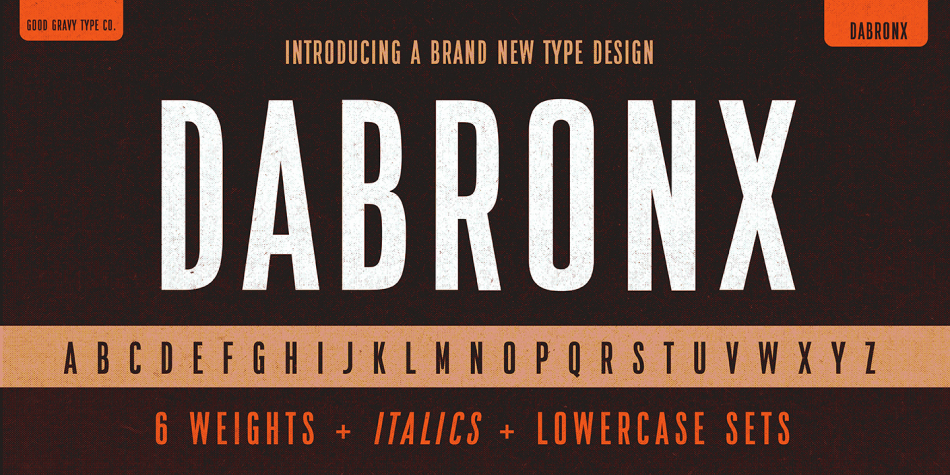 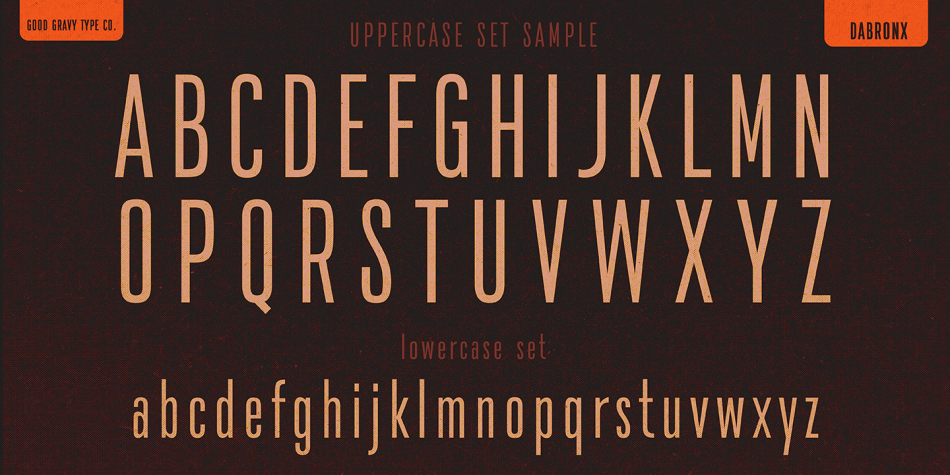 DaBronx is a display sans font family. This typeface has twelve styles and was published by Good Gravy Type.

DaBronx is an downright nifty condensed grotesque font family. It comes with 12 righteous weights. DaBronx is ready for a wide range of uses. It would look great scrolling across a screen and would give extra presence to titles and headlines in a number of different applications.

DaBronx is like a finely tailored suit for your content, upright, spiffy and slick. It has been painstakingly tweaked to perfection in the Good Gravy lab to make it so easy on the eyes.

It looks stellar in an ad campaign, logo design, apparel, or anything else that requires a sleek modern look.