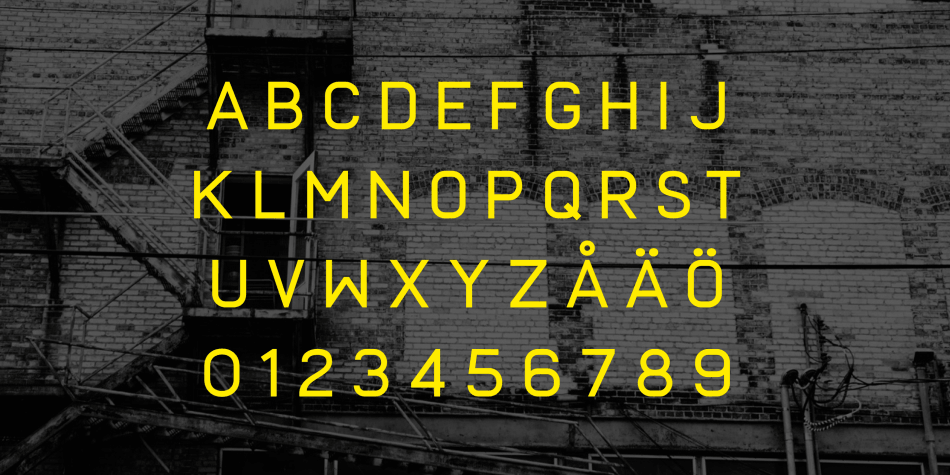 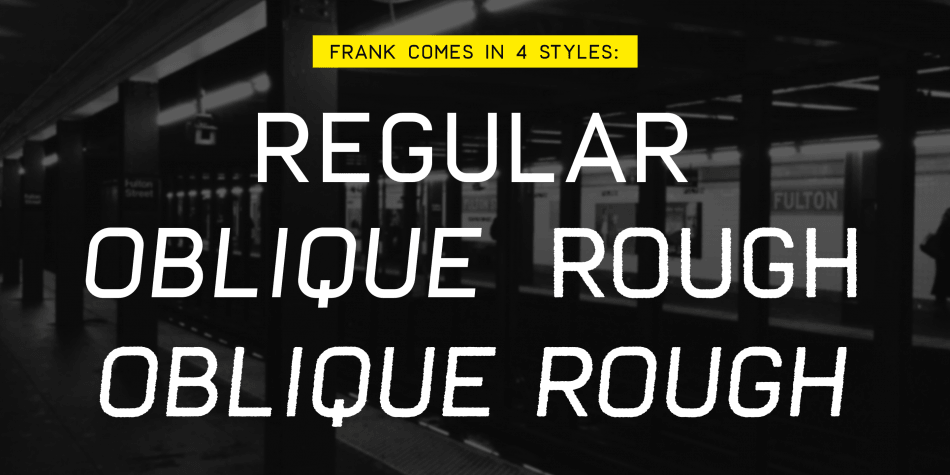 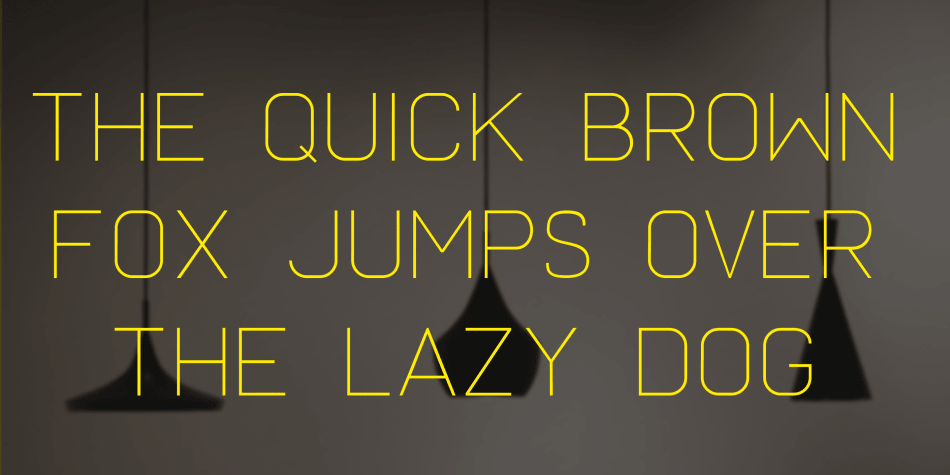 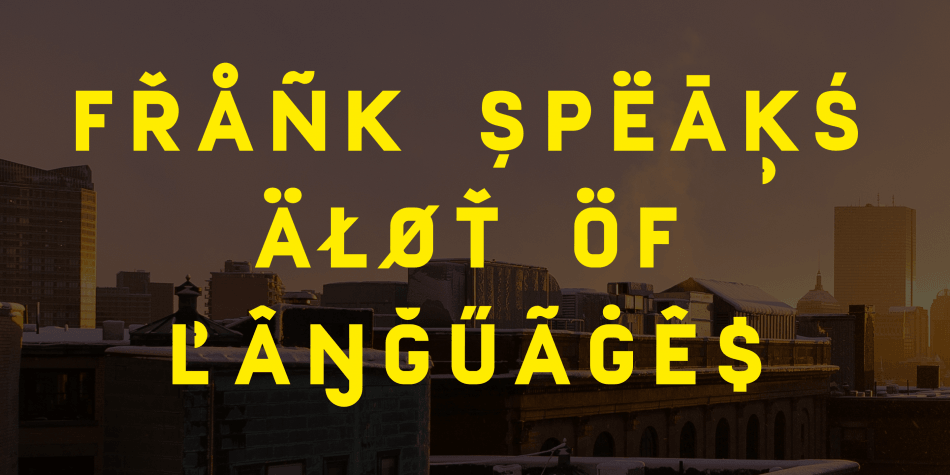 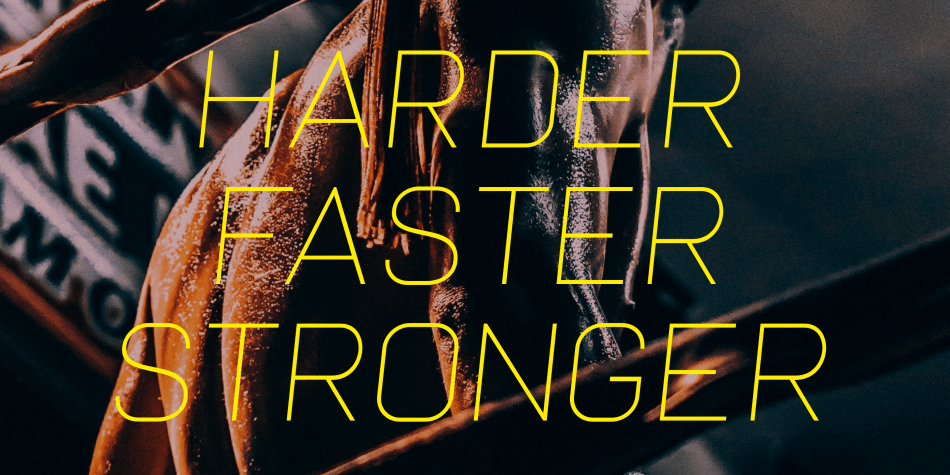 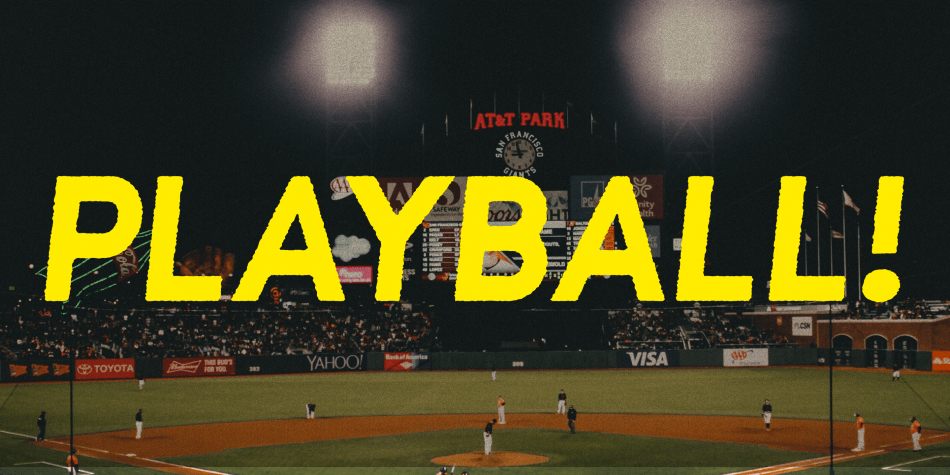 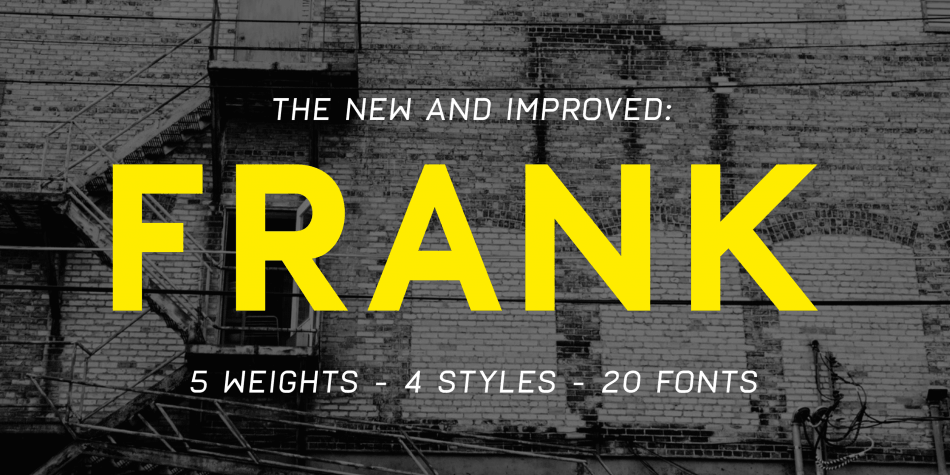 Designed by Daniel Feldt, Frank is a display sans font family. This typeface has twenty styles and was published by Great Scott.

Frank is a uppercase only sans serif with a squarish appearance. It’s influenced by the greats of DIN, Eurostile and a dash of Futura. Frank is available in five weights.

With the 2.0 update in late 2017 Frank got an update with several styles and works real well in a sporty environment.