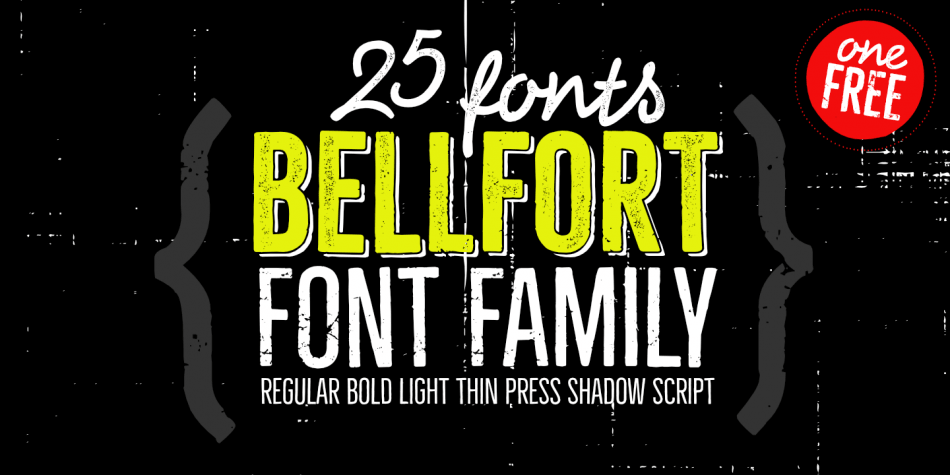 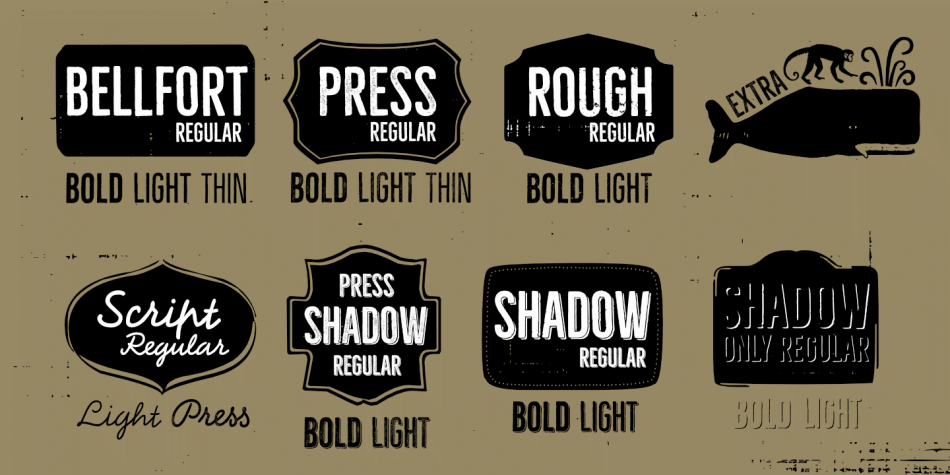 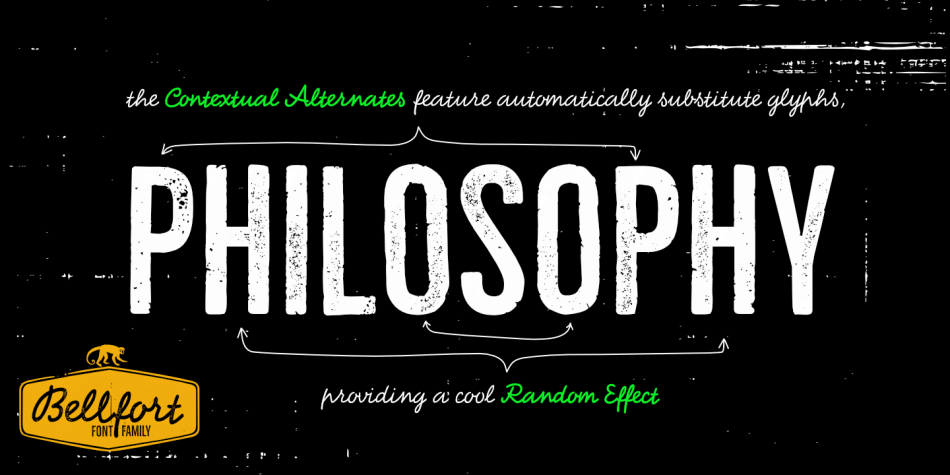 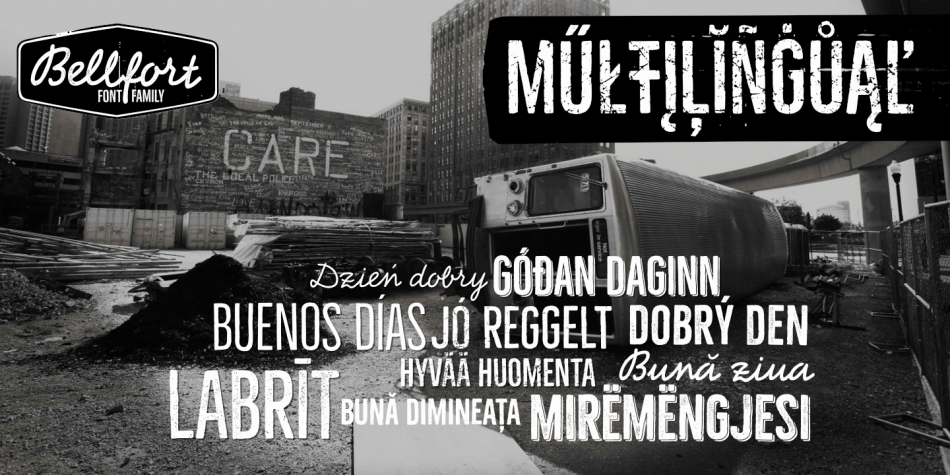 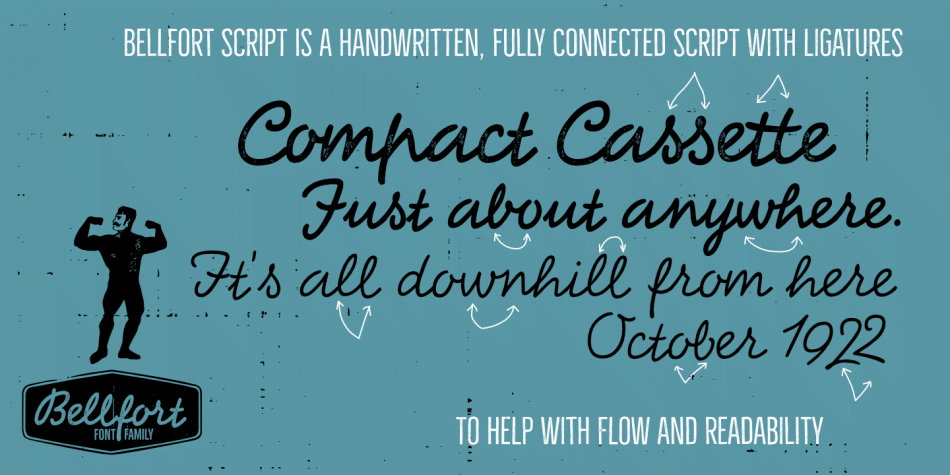 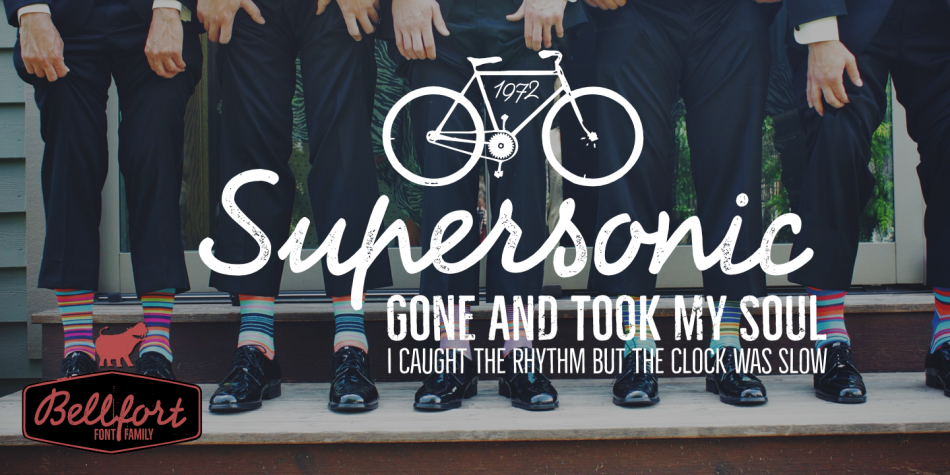 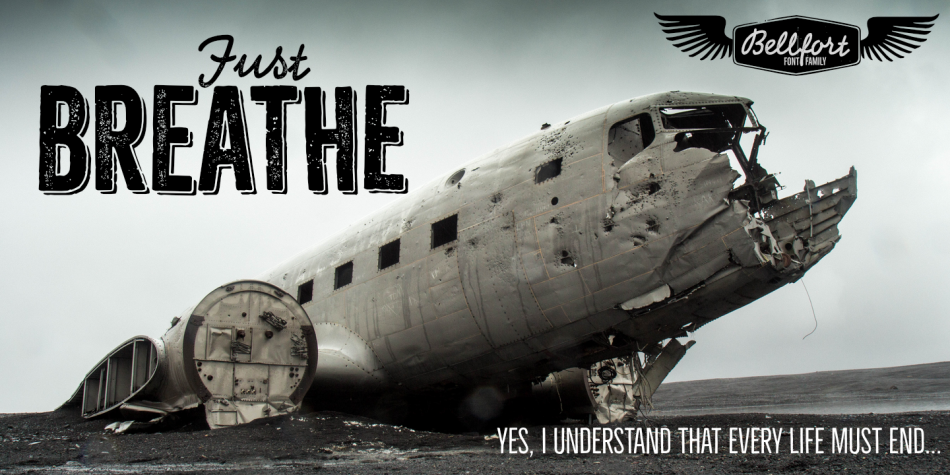 Designed by Bartek Nowak, Bellfort is a multiple classification font family. This typeface has twenty-five styles and was published by GRIN3 (Nowak).

The Bellfort family features 7 different sub-families: Regular, Rough, Press, Shadow, Press Shadow, Shadow Only, and Script. Each of these sub-families contains up to four font weights.

When the font is used in OpenType-savvy applications, the 3 variants of glyphs are automatically alternated to achieve a random-like effect.
When not using the Contextual Alternates feature, you can still pick the alternates in the Glyphs palette or use the alternates available from the keyboard upper and lower case.

Bellfort Script is a handwritten, fully connected script with ligatures and contextual alternates to help with flow and readability.