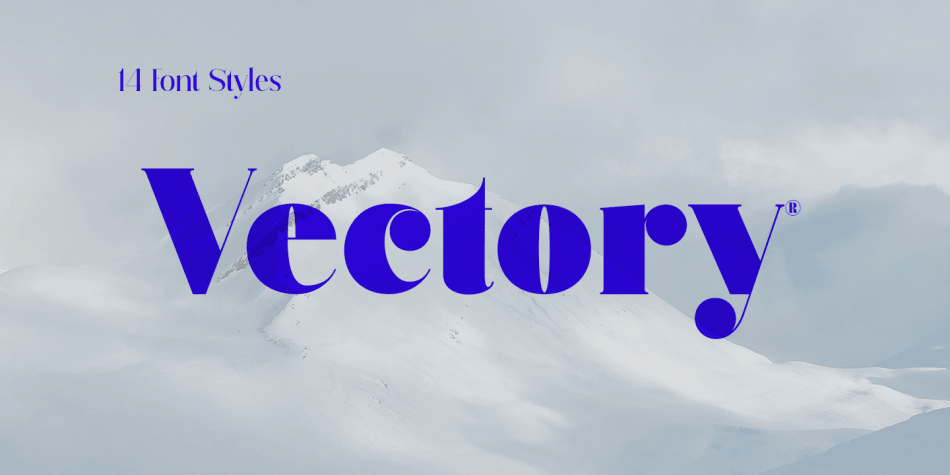 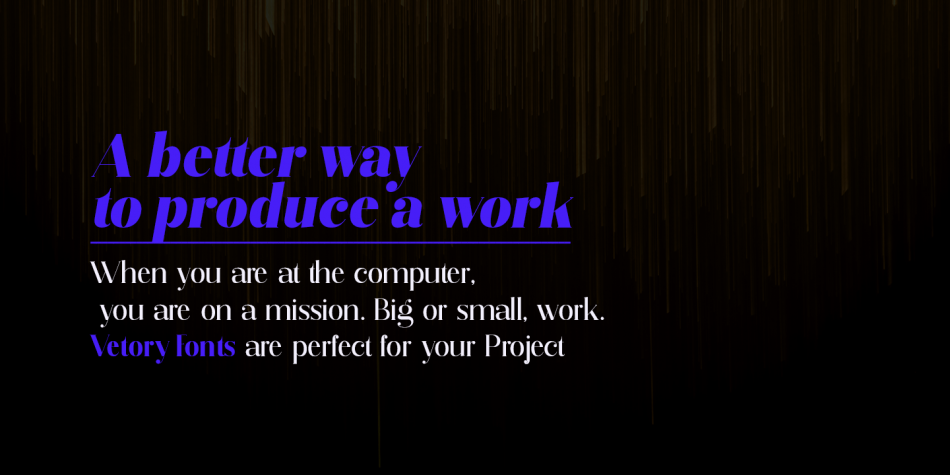 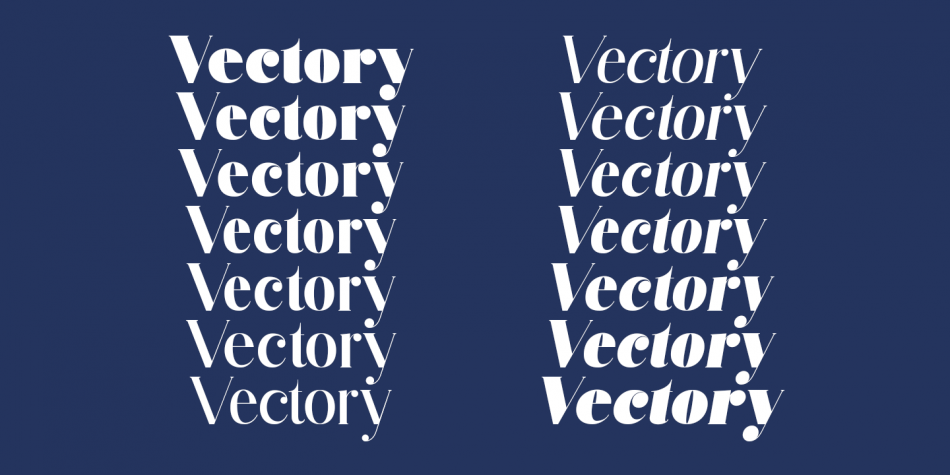 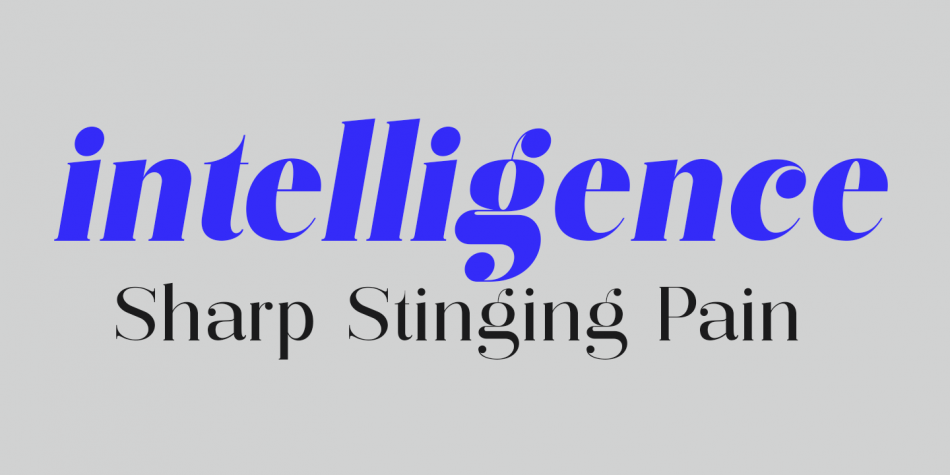 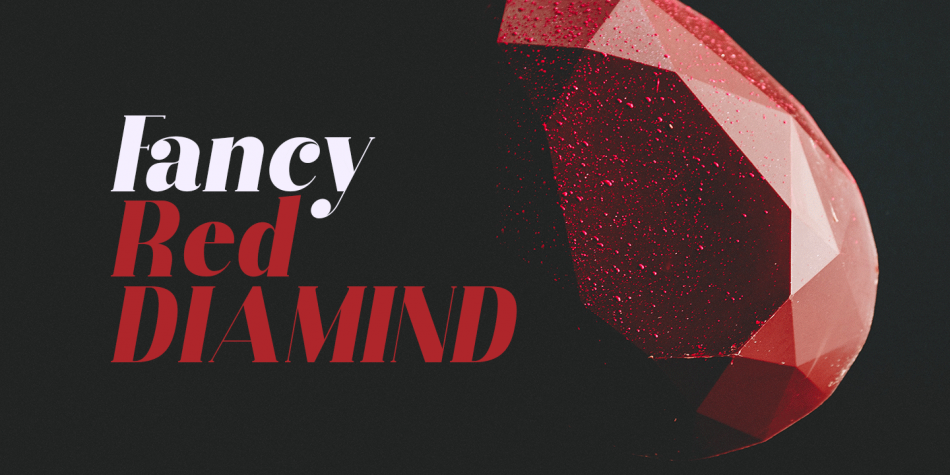 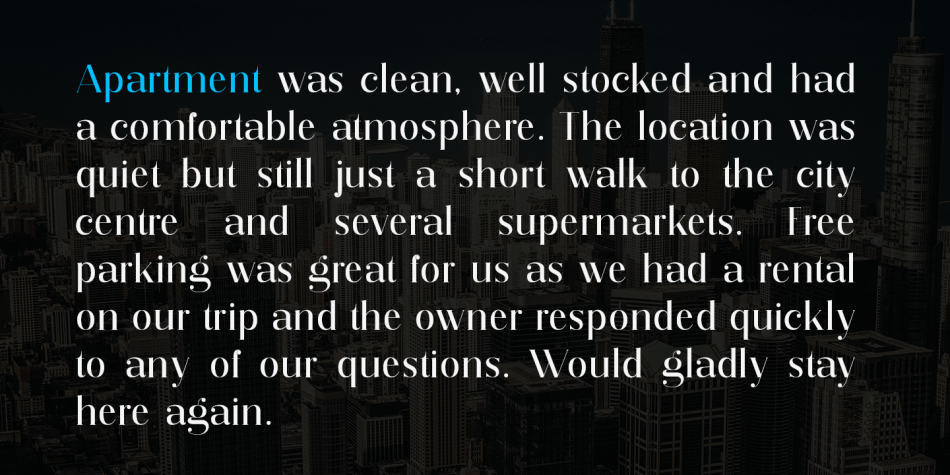 Designed by Roiyani Teungku, Vectory is a display serif and serif font family. This typeface has fourteen styles and was published by Groens.

Vectory is a millennial generation serif font, made with a very soft touch. Vectory is a font family, it comes in 14 weights, namely; 7 upright weights and 7 sloping weights

Vectory works great in any branding, logos, magazines, films. The different weights give you a full range of whole hosts of applications, while the outlined fonts give a real modern feel to any project.