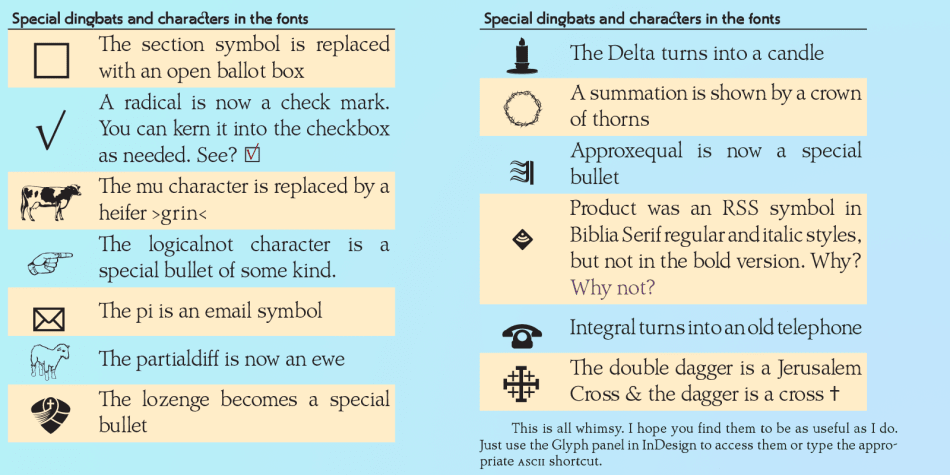 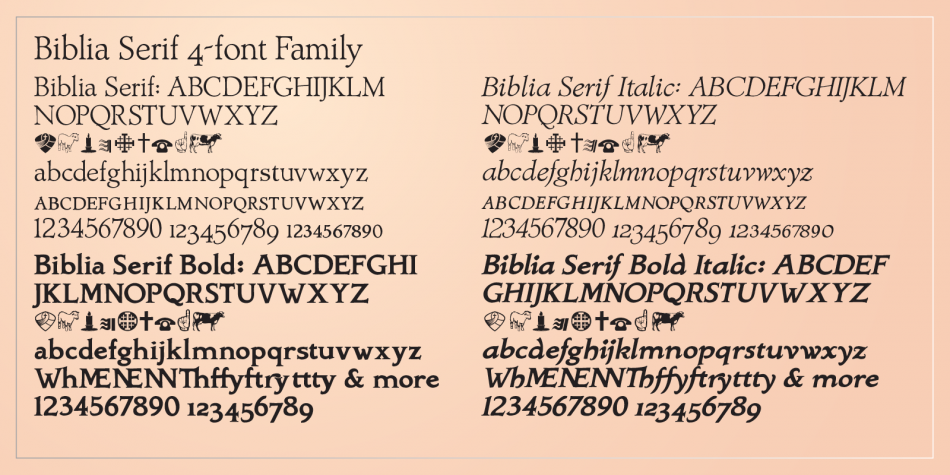 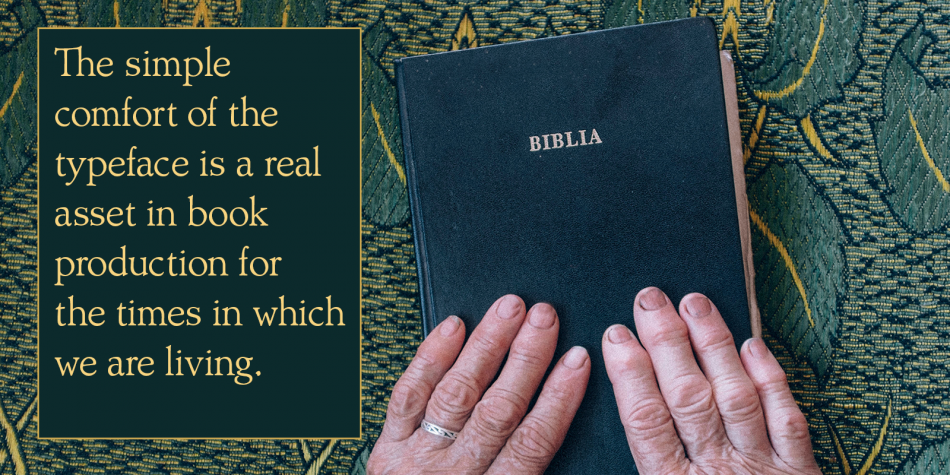 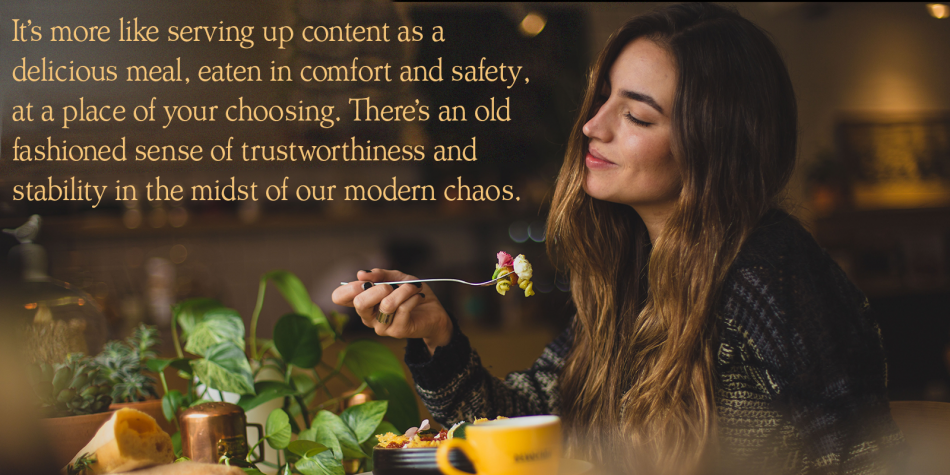 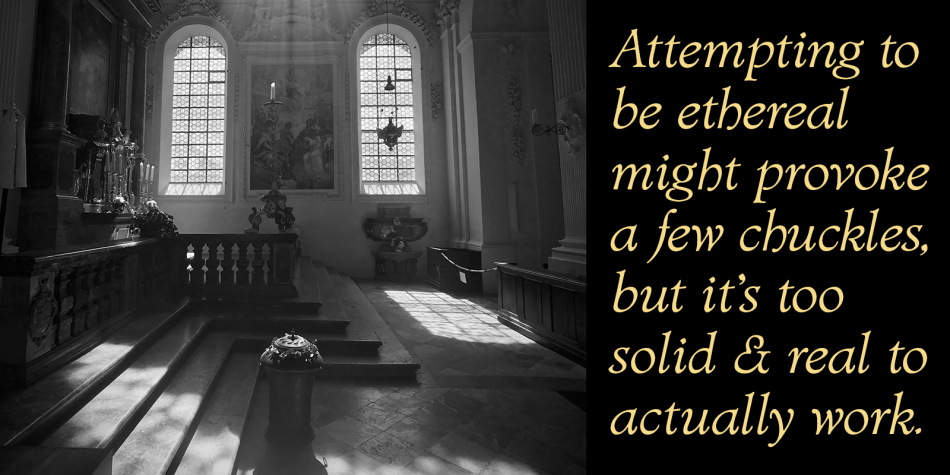 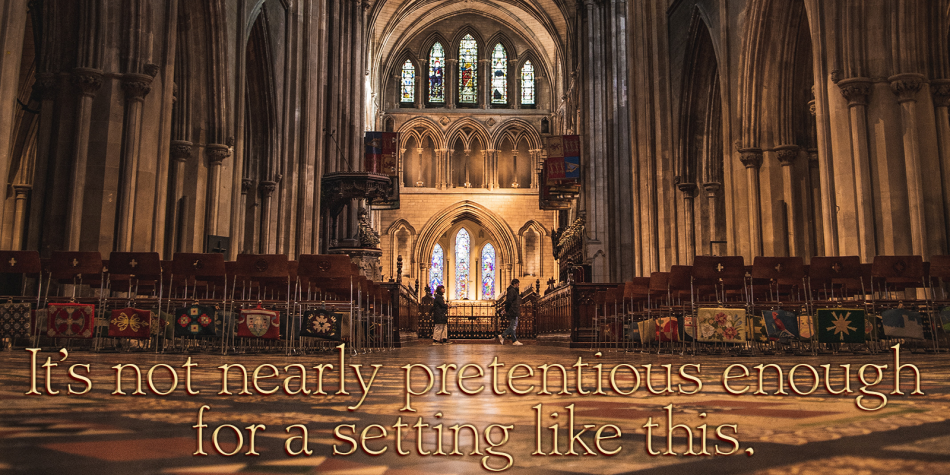 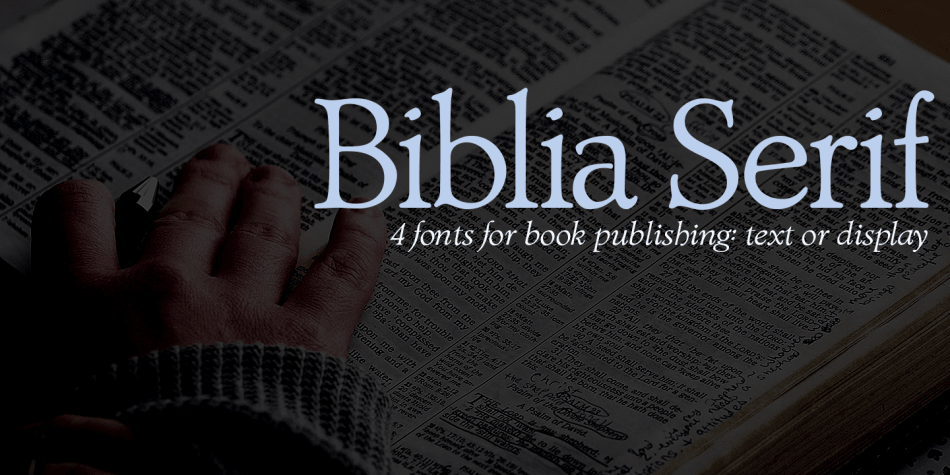 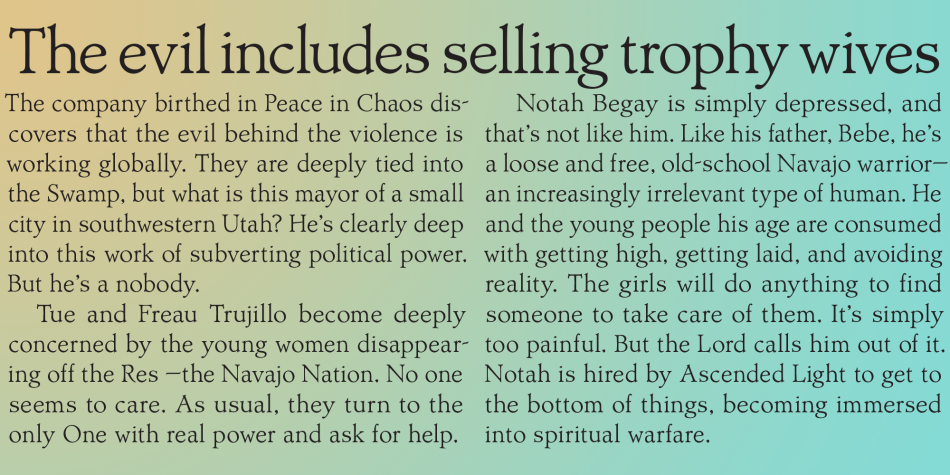 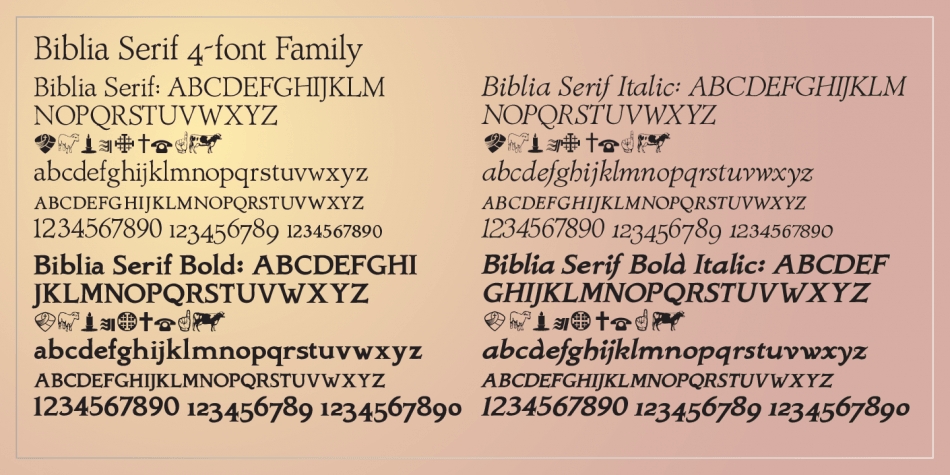 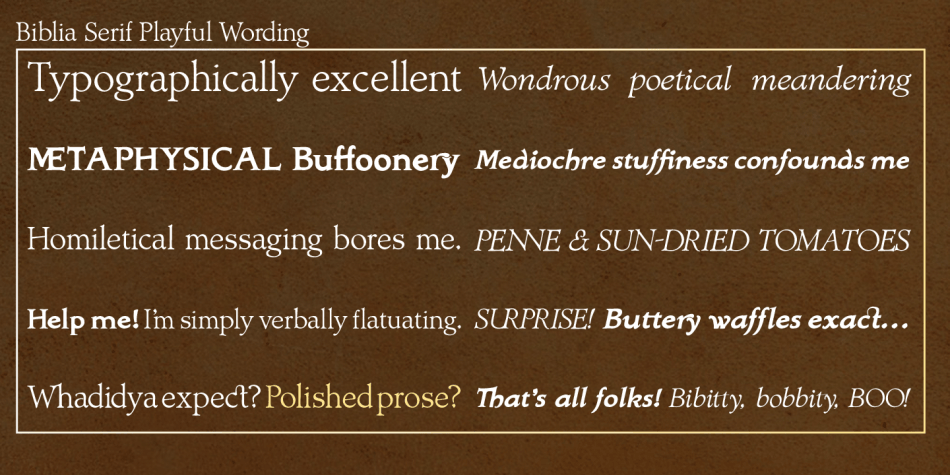 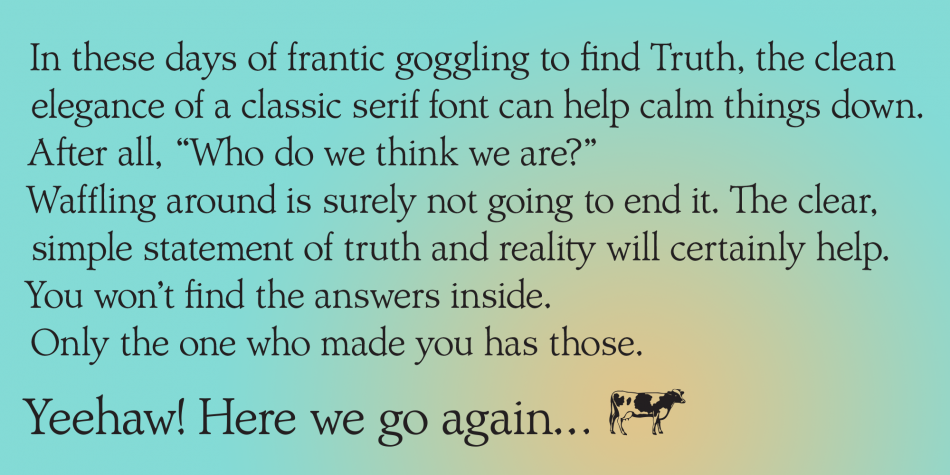 Designed by David Bergsland, Biblia Serif is a serif font family. This typeface has four styles and was published by Hackberry Font Foundry. 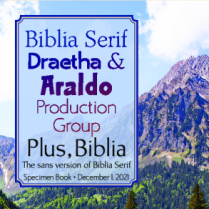 This all started with a love for Minister. This is a font designed by Carl Albert Fahrenwaldt in 1929. In the specimen booklet there’s a scan from Linotype’s page many years ago. They no longer carry the font. I’ve gone quite a ways from the original. It was dark and a bit heavy. But I loved the look and the readability.

This came to a head when I started my first book on all-digital printing written from 1994-1995, and published early in 1996. I needed fonts to show the typography I was talking about. At that point oldstyle figures, true small caps, and discretionary ligatures were rare. More than that text fonts for book design had lining OR oldstyle figures, lowercase OR small caps—never both.
So, I designed the Diaconia family using the Greek word for minister. It was fairly rough. I knew very little. I later redesigned and updated Diaconia into Bergsland Pro—released in 2004. It was still rough (though I impressed myself).

International support is limited, though I’ll be happy to add that if there is any demand.

There are 2 additional buying options for these products, and 2 sibling-families of the families shown on this page that you may be interested in.