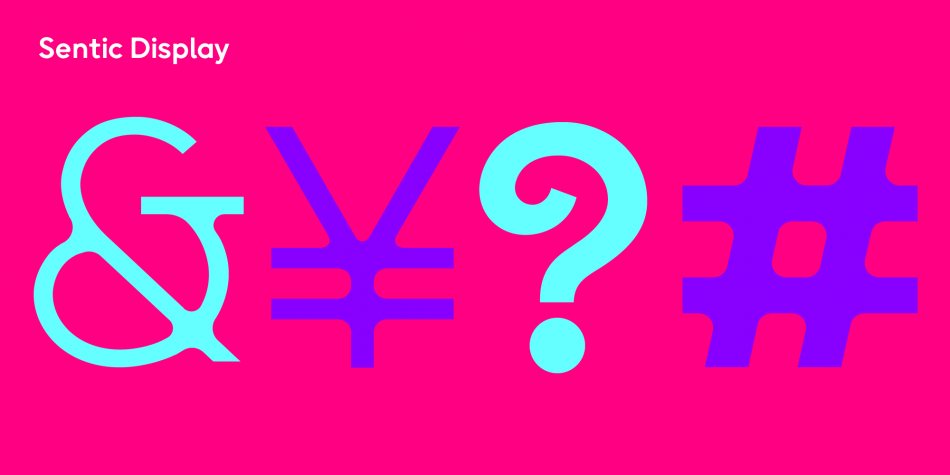 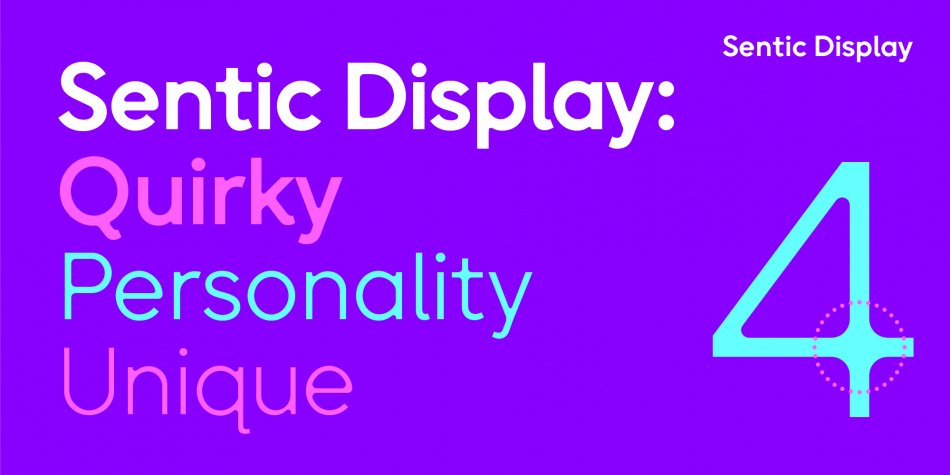 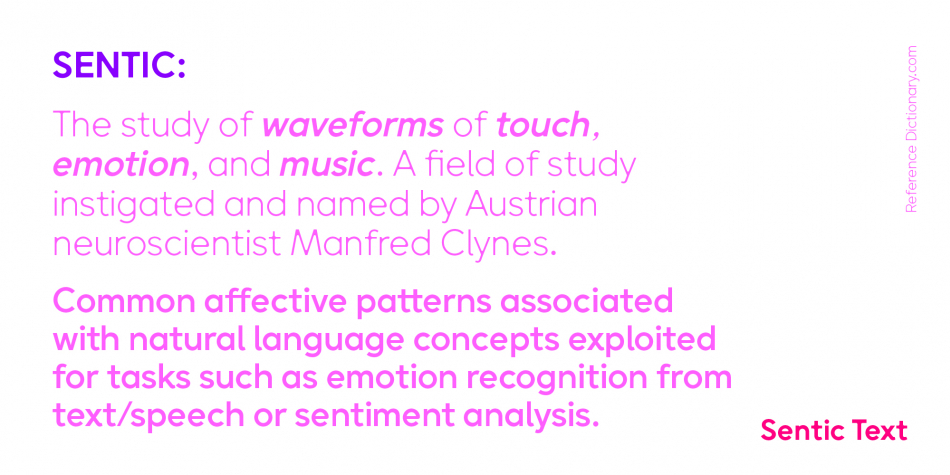 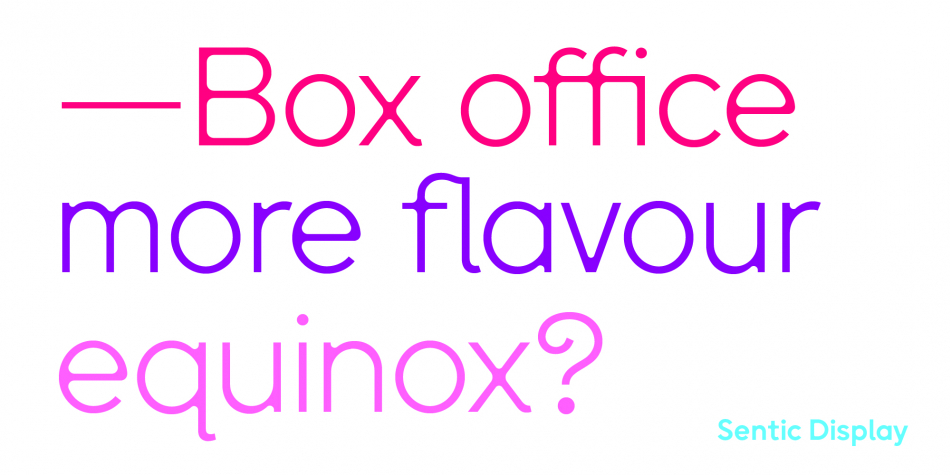 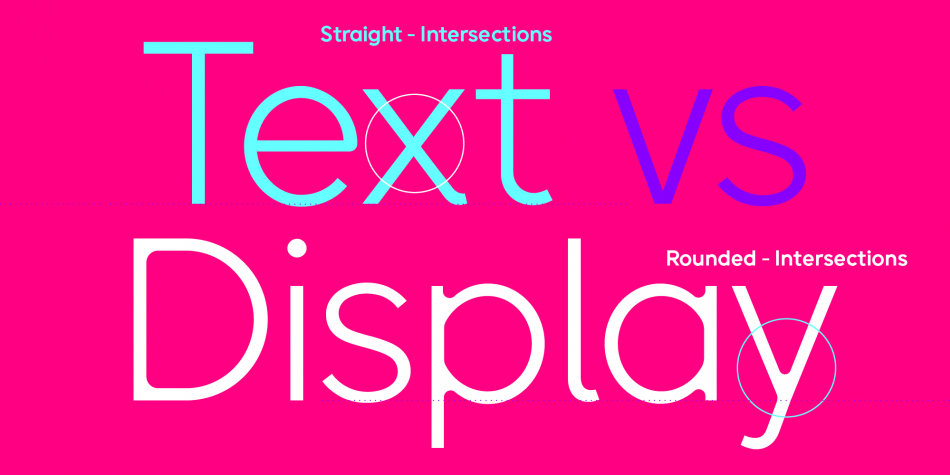 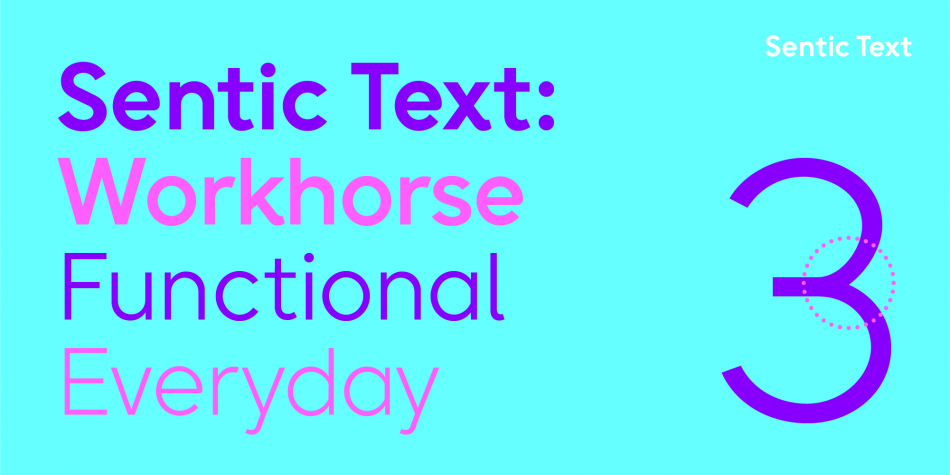 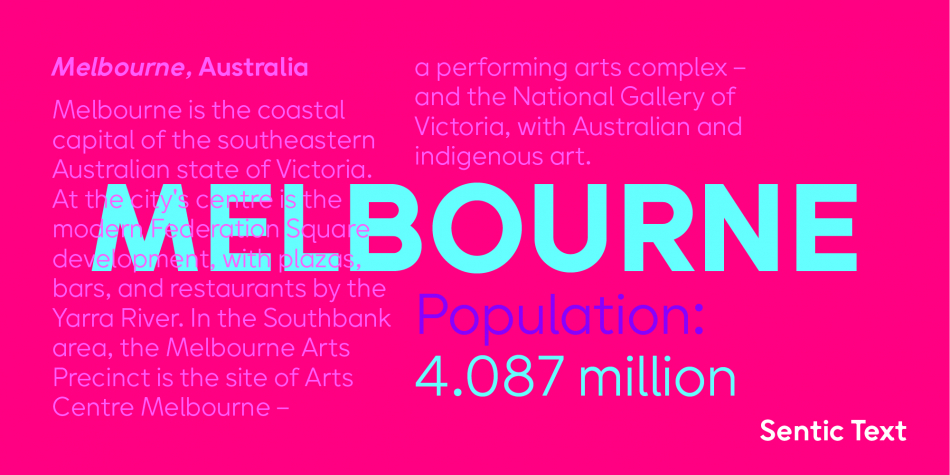 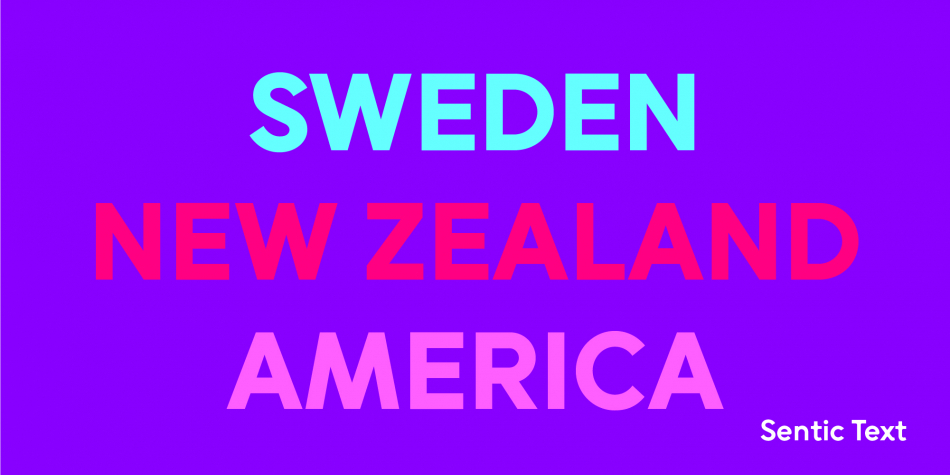 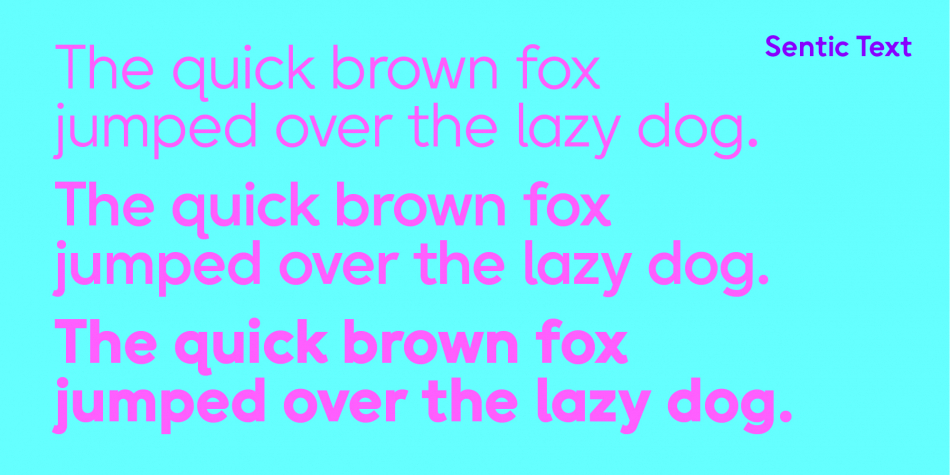 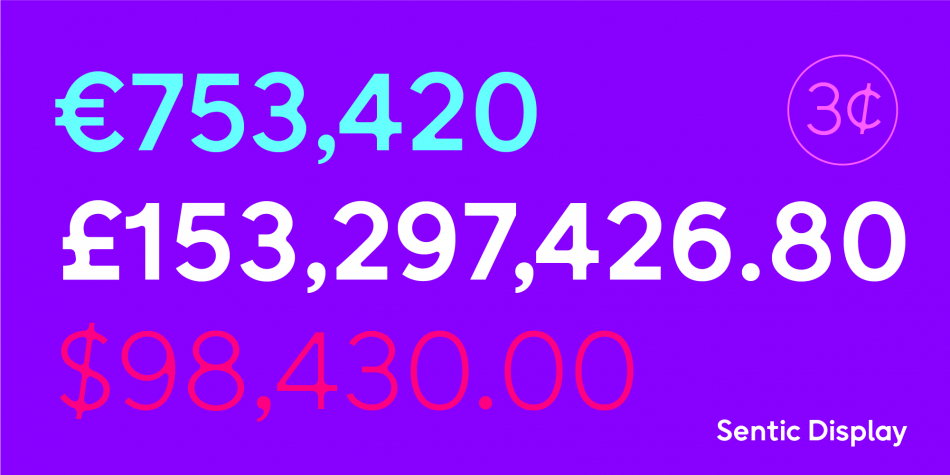 Designed by Morice Kastoun, Sentic is a sans serif font family. This typeface has eighteen styles and was published by HeadFirst.

The name sentic was instigated and named by Austrian neuroscientist Manfred Clynes.
Which is the study of waveforms of touch, emotion, and music.