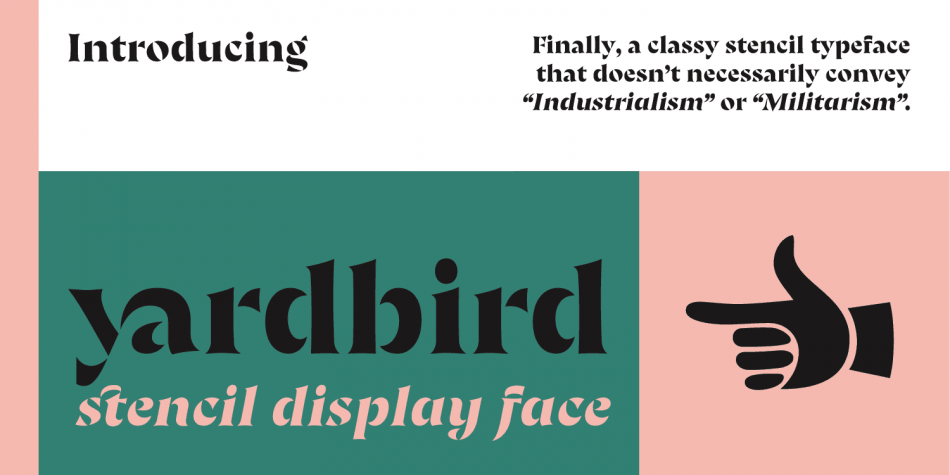 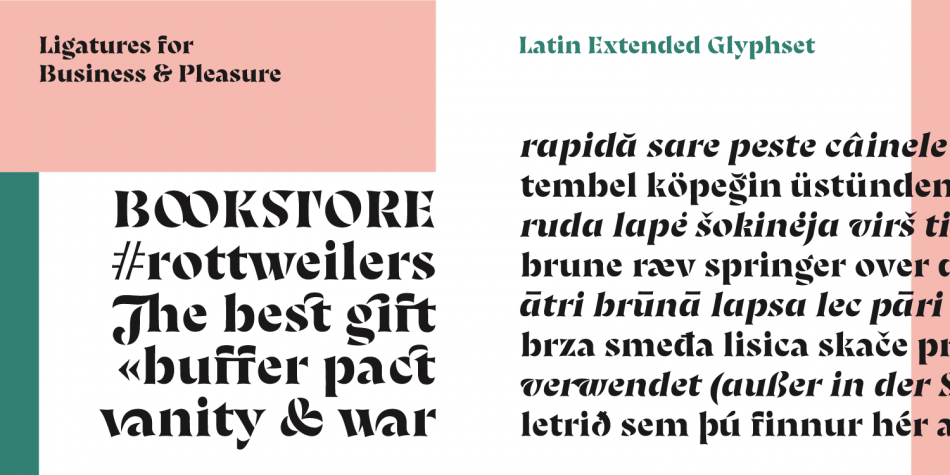 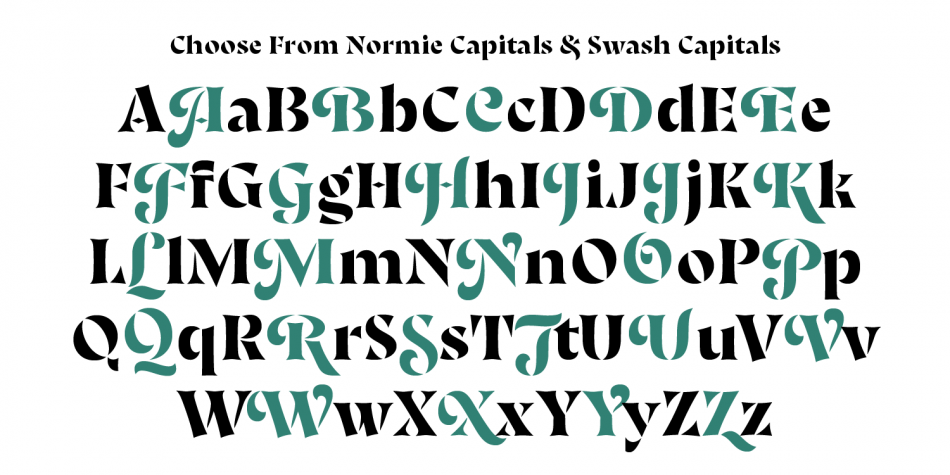 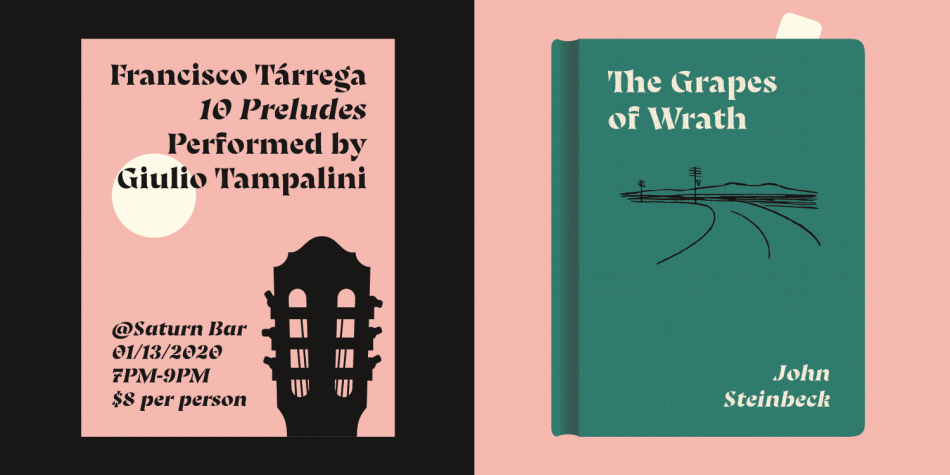 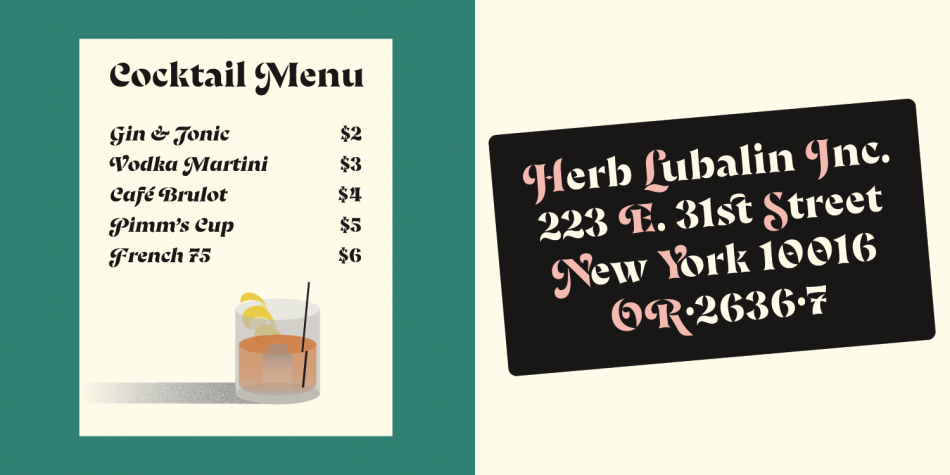 Designed by Matthijs Herzberg, Yardbird is a display serif, serif and stencil font family. This typeface has two styles and was published by Herzberg Design. 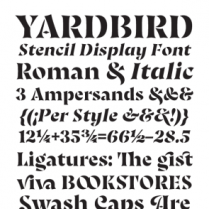 Yardbird is a classy stencil typeface for display that leaves behind the common industrial look of stencil fonts, replacing it with elegance and refinement. Besides its striking look, Yardbird is also entirely functional as a stencil: cut it out of metal or cardboard for easy D.I.Y printing of all sorts. This practical function stems from the original purpose of Yardbird: an easily reproducible but beautiful letter to be stenciled onto Ouija boards.

Equipped with a Roman and true italic, standard and discretionary ligatures, fractions, and ornamental Swash Capitals, Yardbird can adapt to its environment easily through integrated OpenType features.
My foreign friends are not forgotten: with over 800 glyphs per style, Yardbird supports over 50+ languages (Latin Extended A).