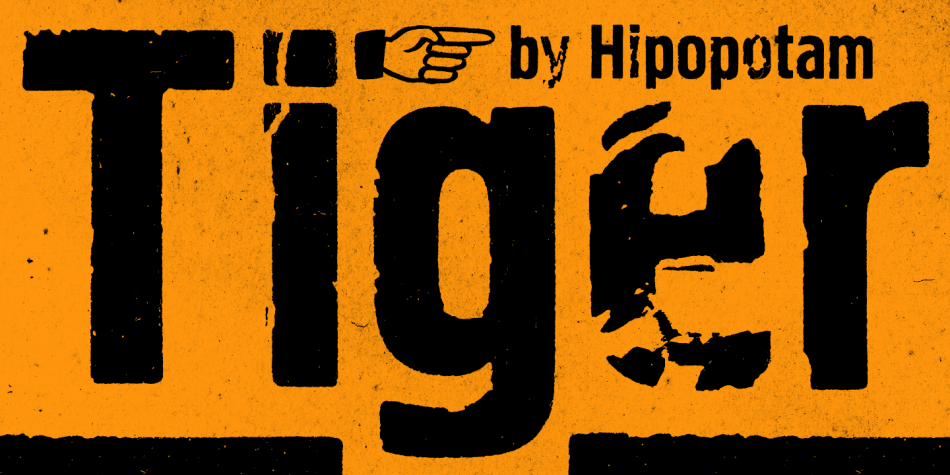 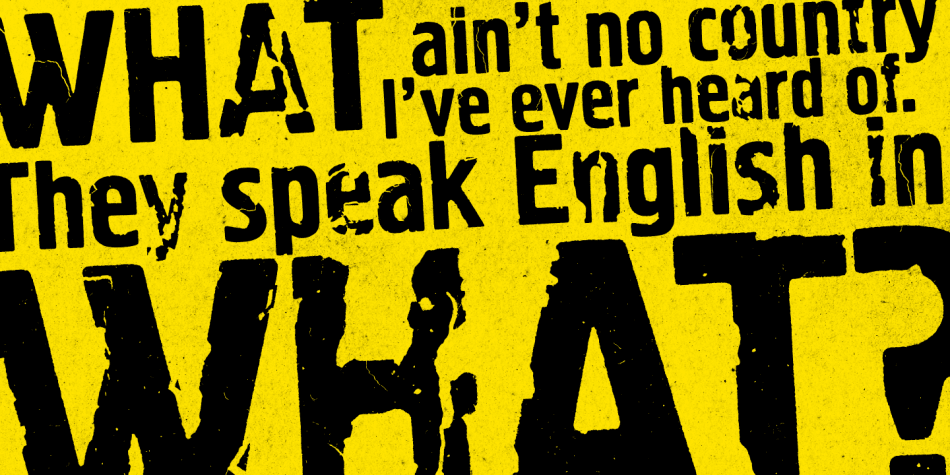 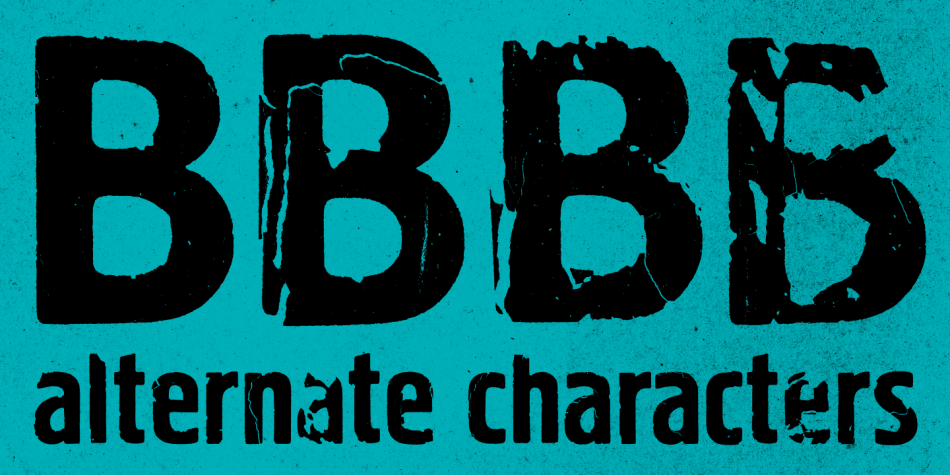 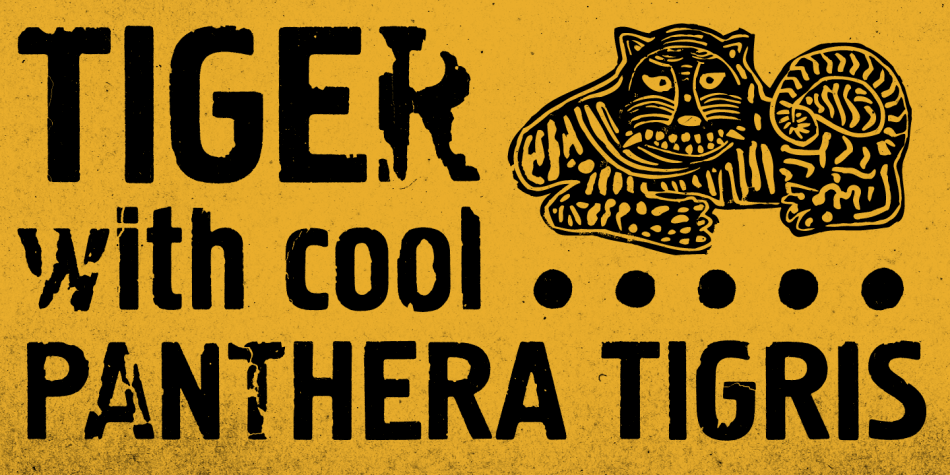 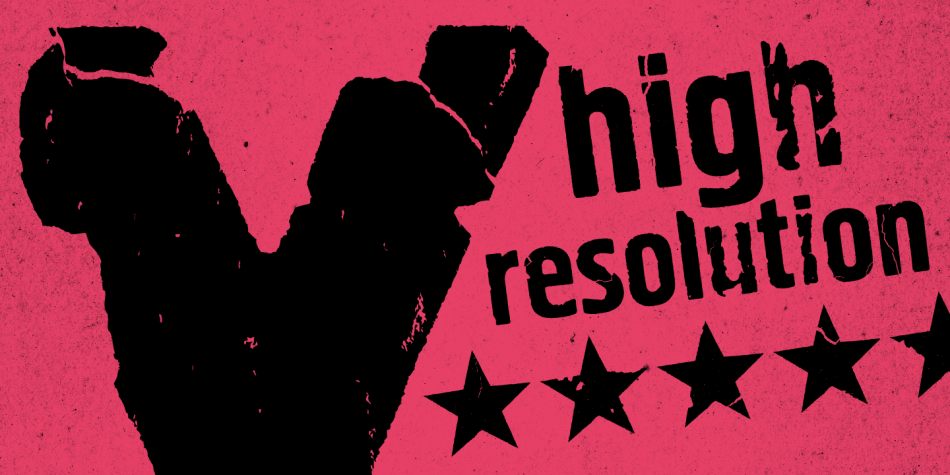 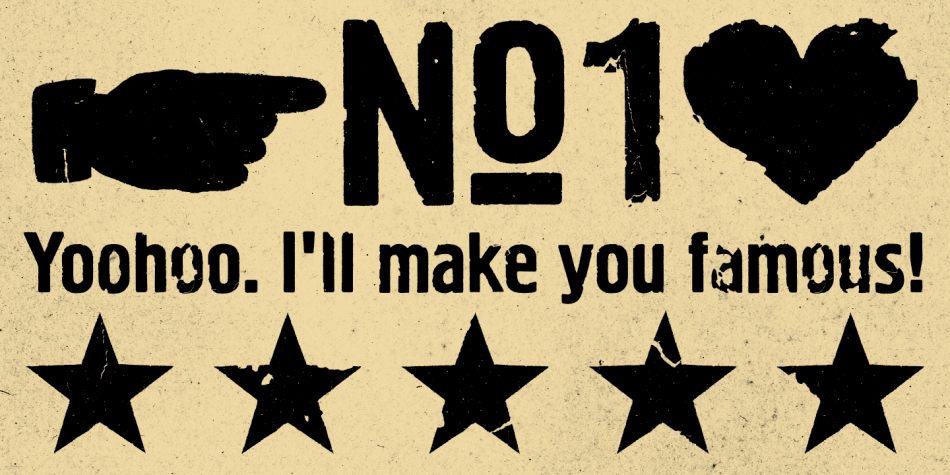 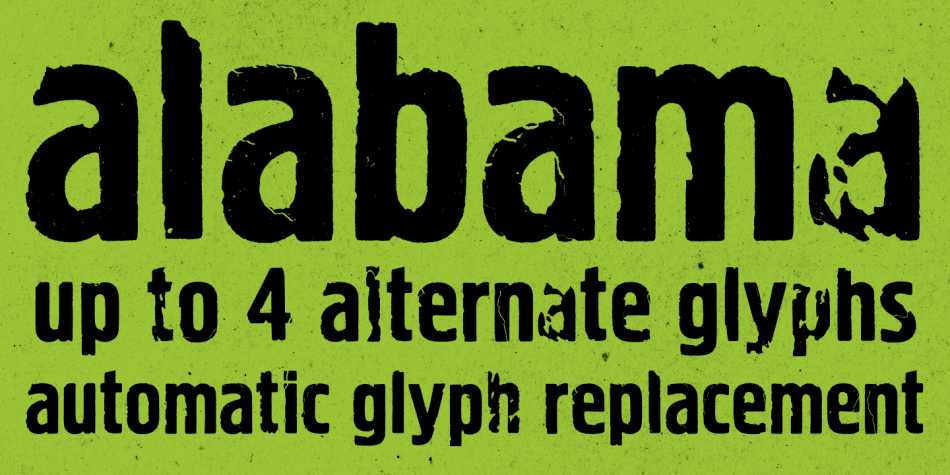 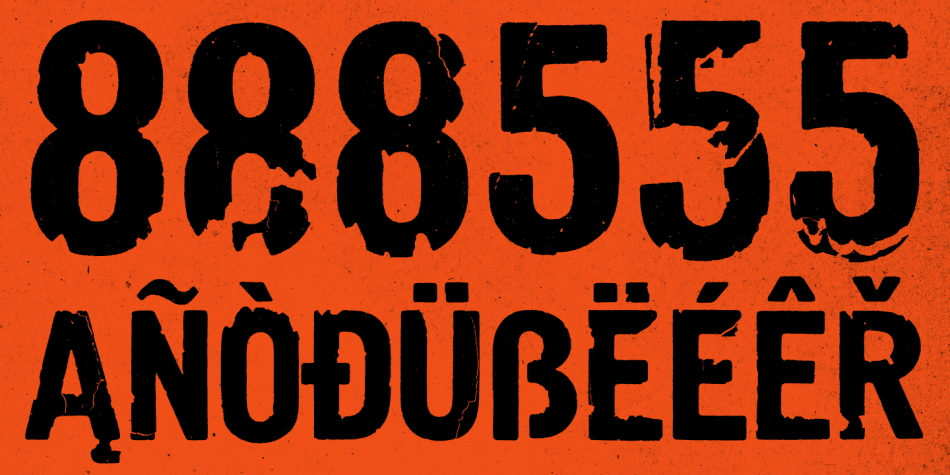 Mr Tiger is a grunge font published by Hipopotam Studio.

After the success of our best selling Mr Black we’ve decided to once more use my grandfather’s dry transfer lettering sheets. My grandfather was a polish military cartographer and he left us some used up sheets. The letters didn’t transfer so well but we liked the way they were damaged.

Mr Tiger has upper and lowercase characters with up to four alternate glyphs. The first three variations are only slightly damaged but the fourth one is usually more distorted. All of the glyphs have a very high resolution so they can be used in a large scale and they will still look great.

One of the best things in Mr Tiger is the OpenType Contextual Alternates feature. It will automatically set alternate glyphs depending on frequency of appearance of the same character. The script doesn’t throw random glyphs. For example in the word “HIPPOPOTAMUS” you will automatically get three different “P” glyphs and two “O” glyphs. It really works great but of course you can always fine tune it by hand.