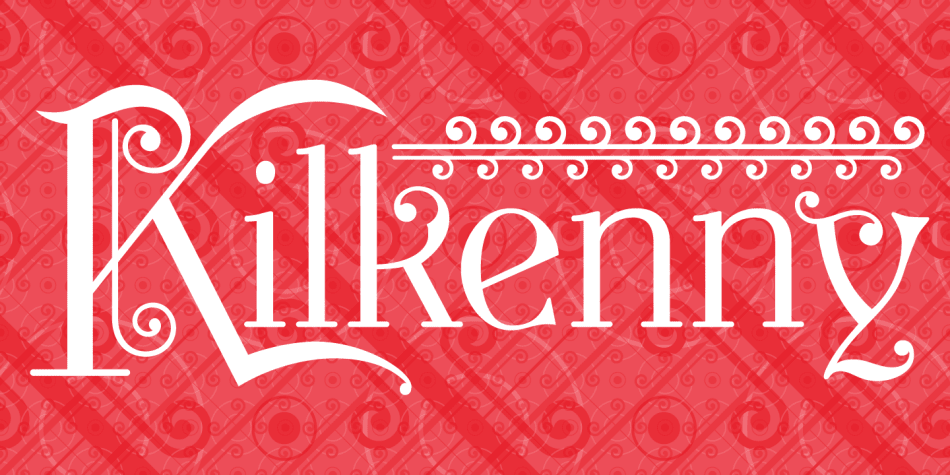 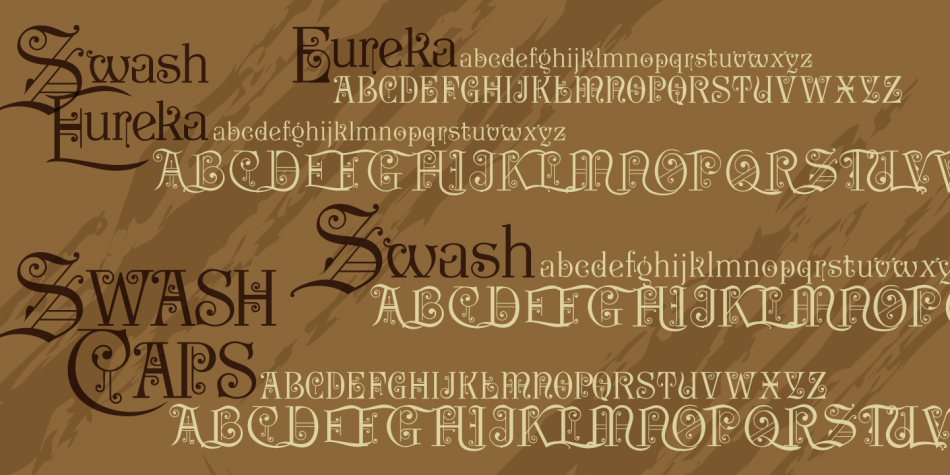 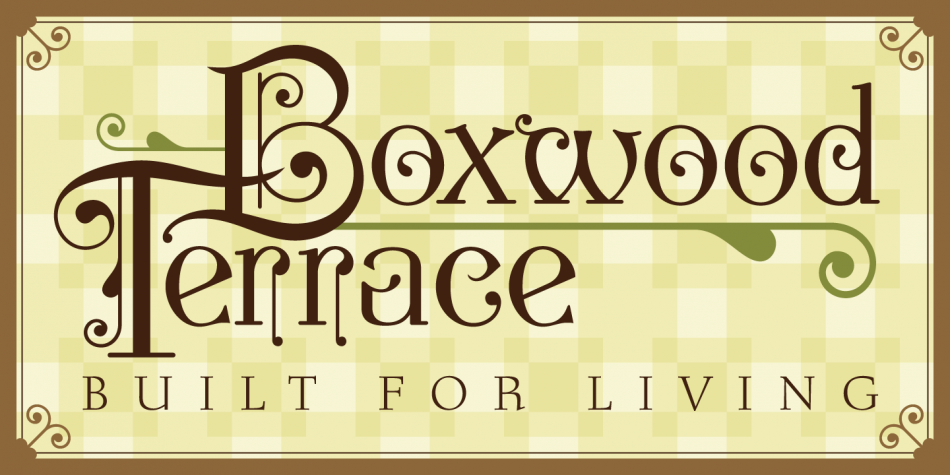 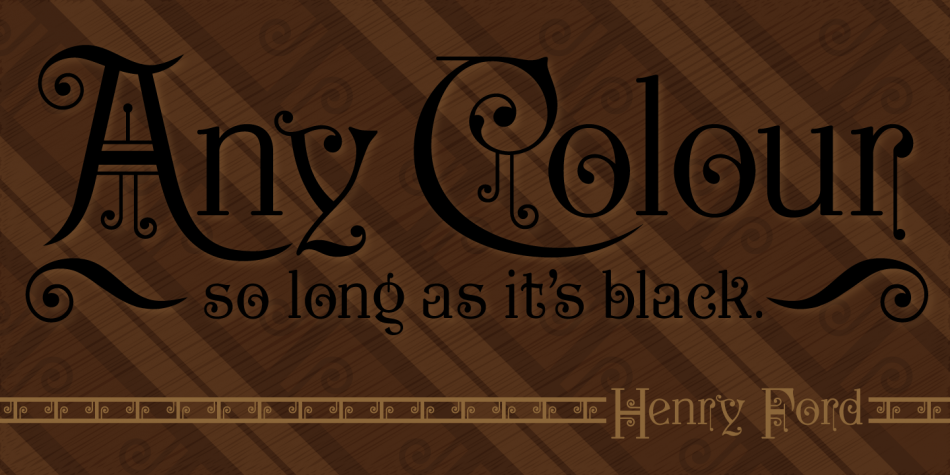 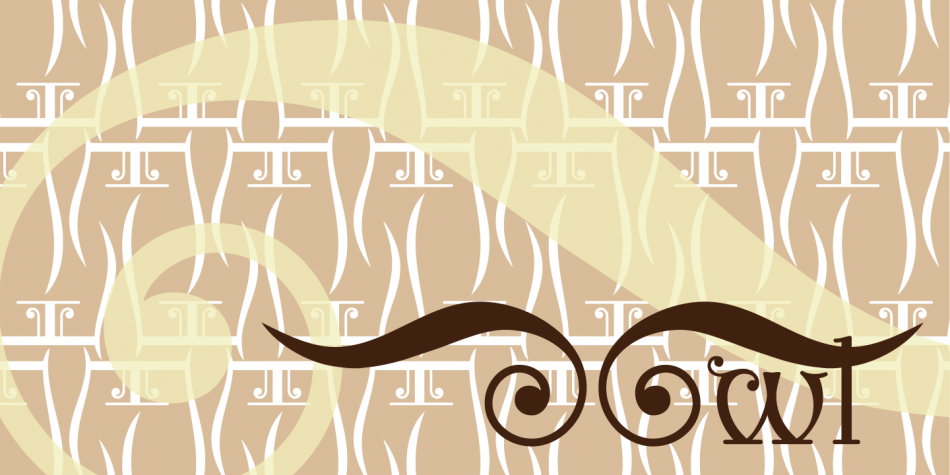 P22 Kilkenny is a novelty and art nouveau font family. This typeface has six styles and was published by International House of Fonts.

Kilkenny is a decorative, Victorian-style font based on the metal type named Nymphic that was designed by Hermann Ihlenberg. Ihlenburg was born in Germany in 1843 where he studied art and worked for several German type foundries. He emigrated to the USA in 1866 and worked for the L. Johnson & Co. foundry, later MacKellar, Smiths & Jordan. American Type Founders acquired this typeface when they took over the MacKellar, Smiths & Jordan foundry and Nymphic appears in the ATF catalog of 1896.

For this digital version, the character set has been expanded to include accented characters, punctuation and currency symbols (and most everything you would expect to find in a digital font).

The original metal font consisted of Swash Caps, Upper Case characters and a “morticed” lower case, which was raised off the baseline. This mortcied form was designed to nestle inside the ornate swash caps as well as to work with the upper case. The five digital versions contained in this set are basically different configurations of these different alphabet sets, they differ as follows:

In addition to all of the above, the OpenType version contains additional Central European characters as well as Cyrillic characters for a total of almost 1000 glyphs.