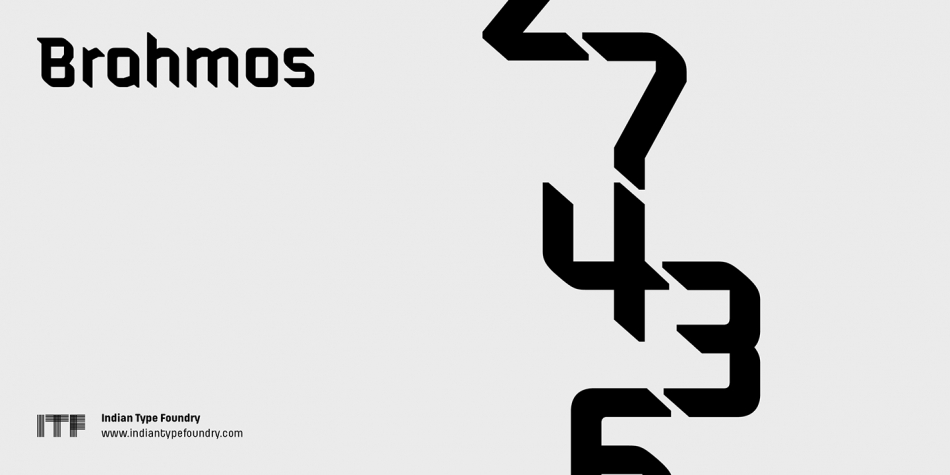 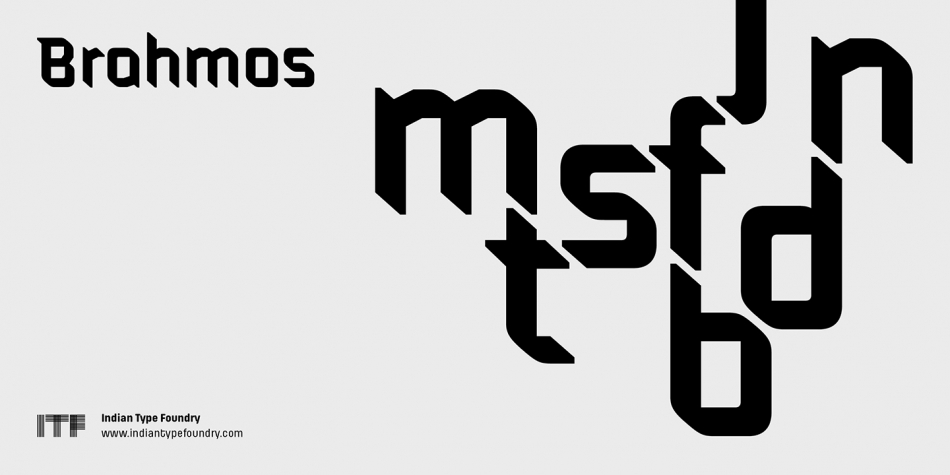 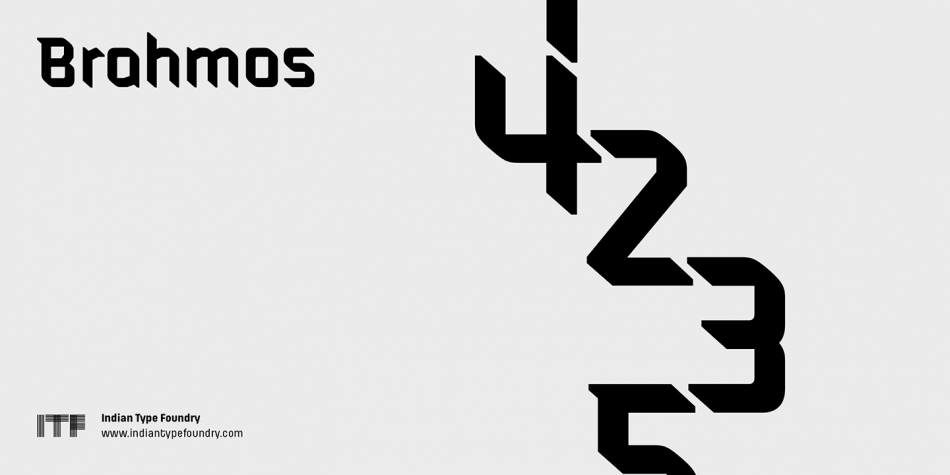 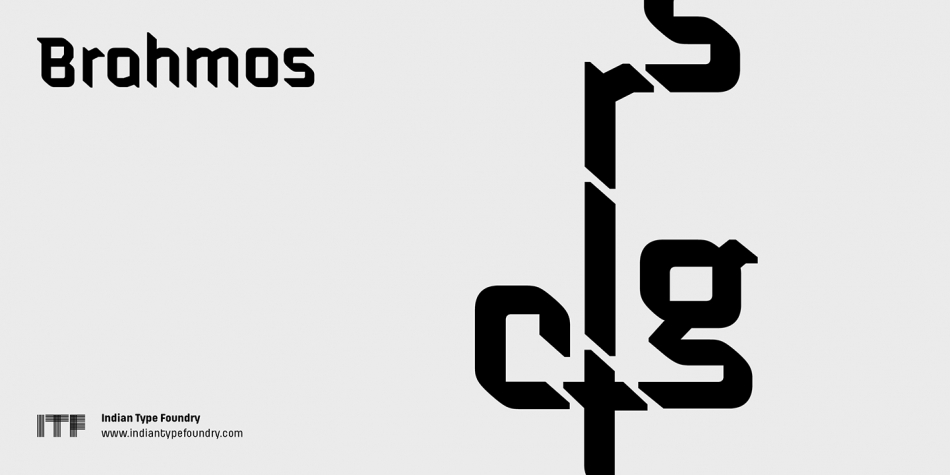 Brahmos is a display sans font family. This typeface has five styles and was published by Indian Type Foundry.

Brahmos is a display typeface family in 5 upright styles.

Modular methods of letter construction are common, but Brahmos’ referencing of the broad-nib pen is a refreshing twist. The typeface’s most striking feature is the appearance of its characters, which seem “written” by a pen held at a typically Devanagari (Oppposite to Latin) angle. Letterforms have also been simplified where possible; curves are eschewed in favor of straight lines and (usually) right angles. Diagonals are still present.