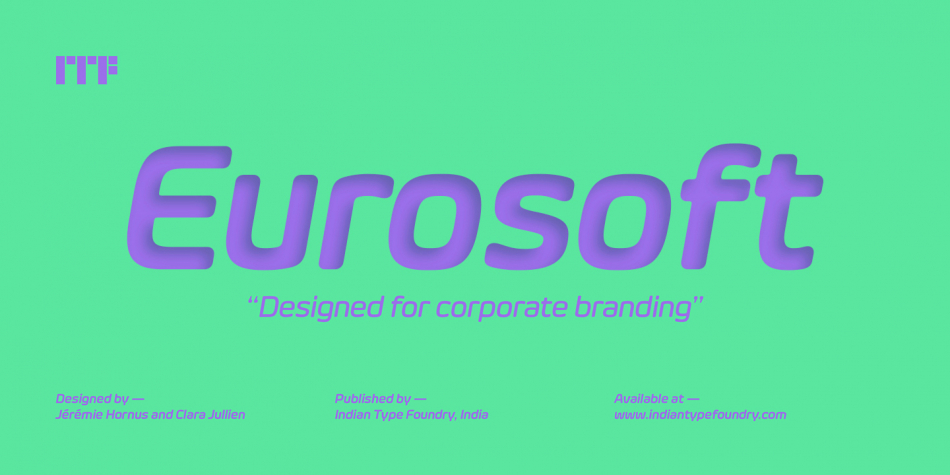 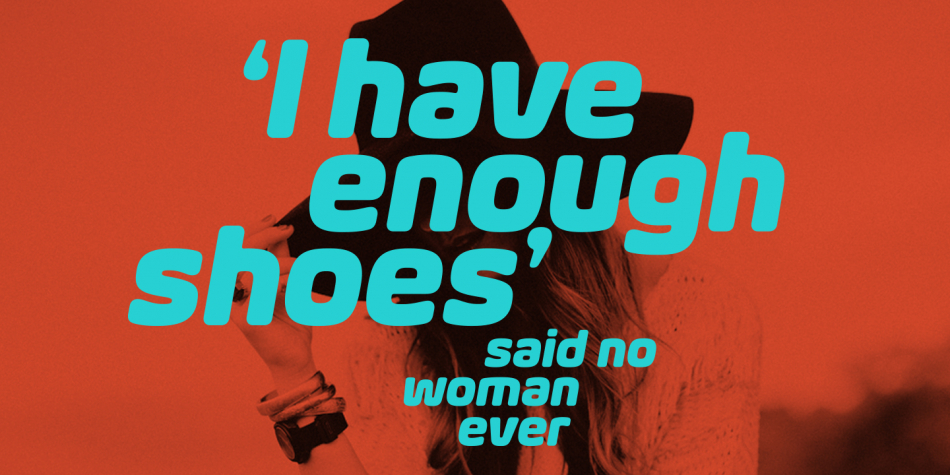 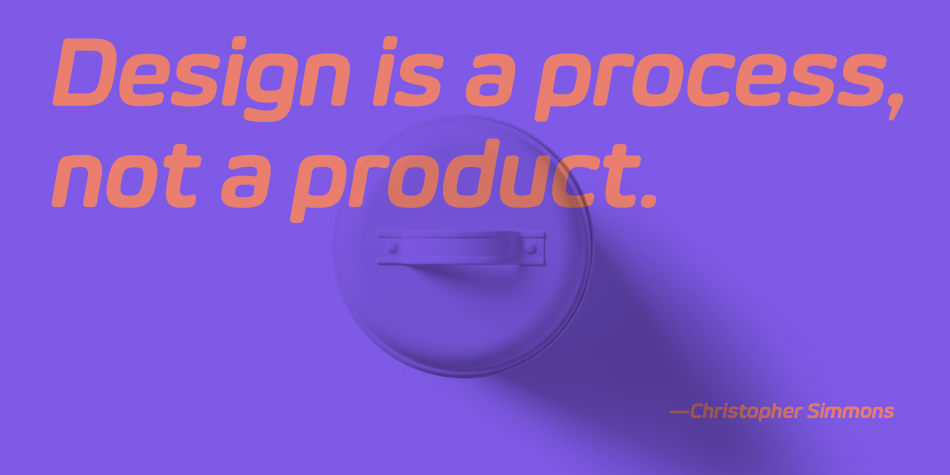 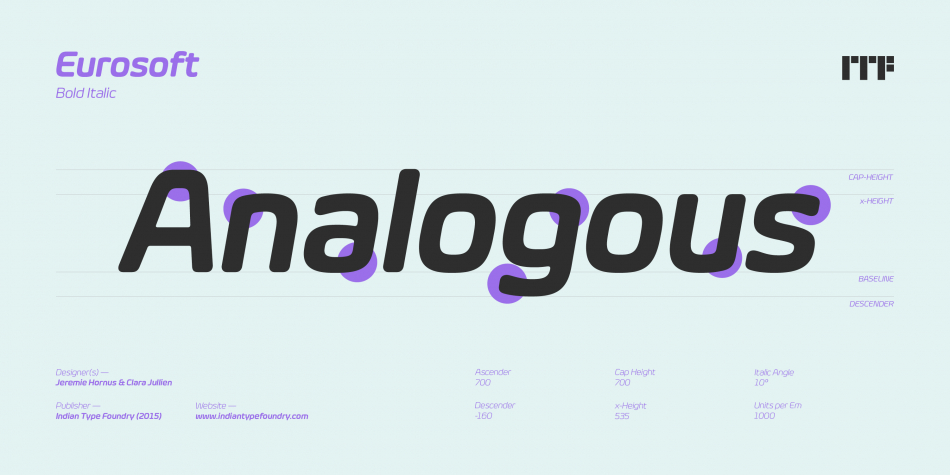 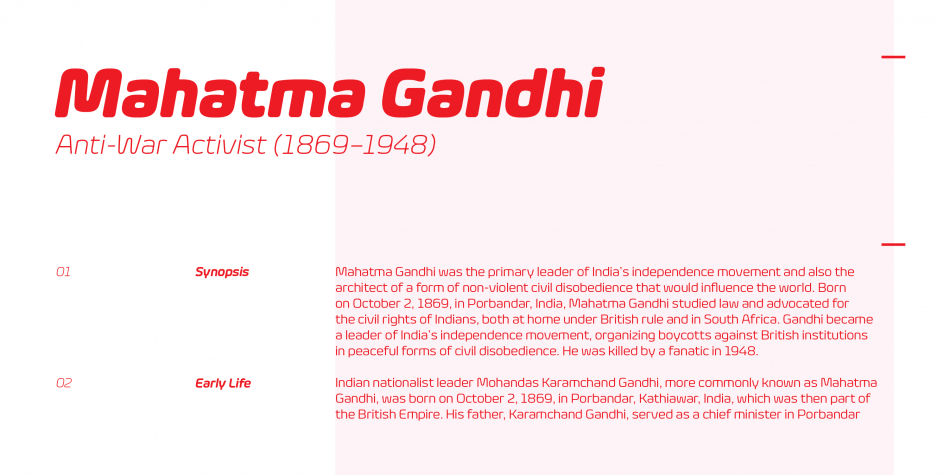 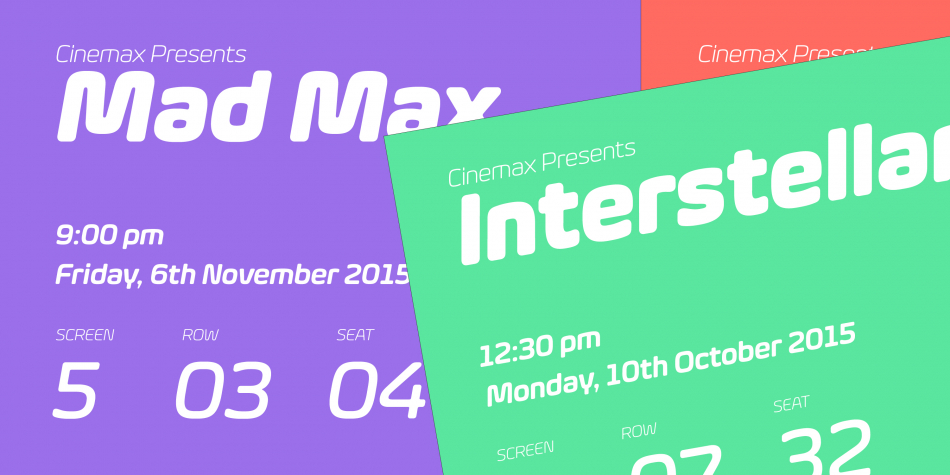 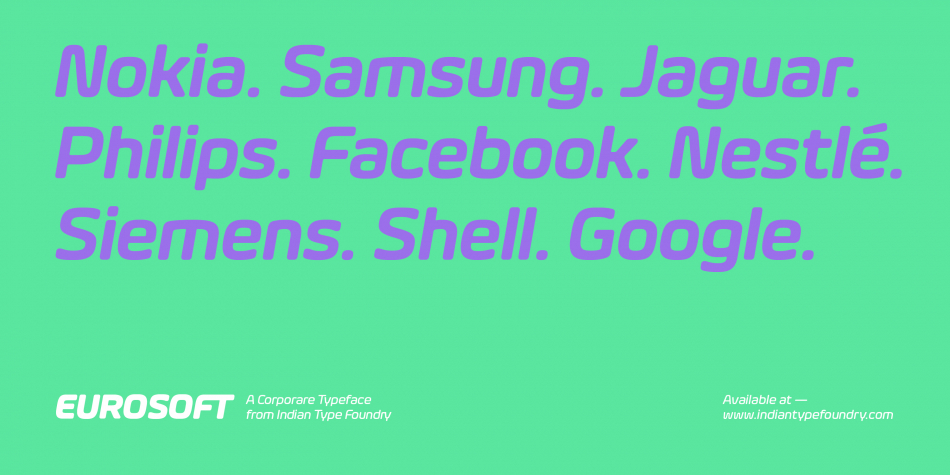 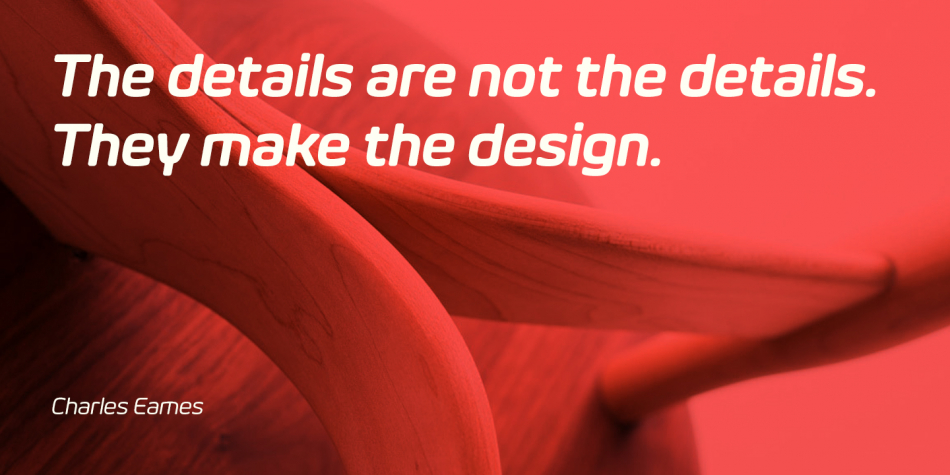 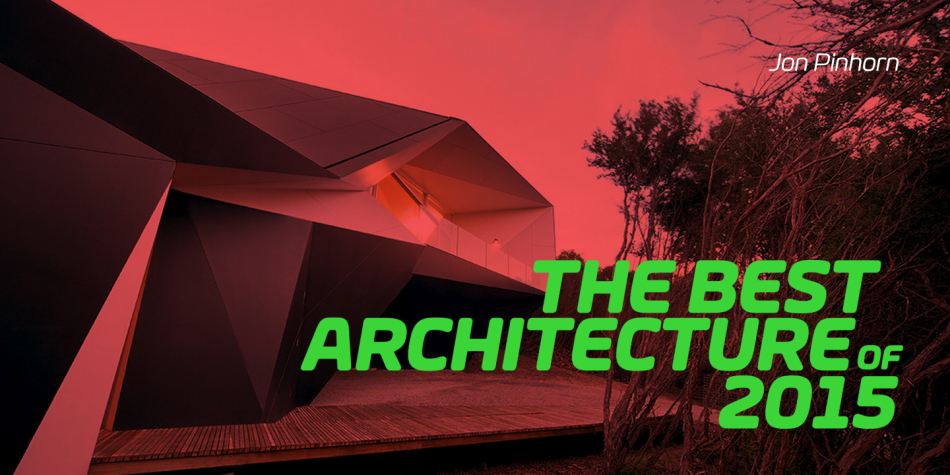 Designed by Clara Jullien and Jérémie Hornus, Eurosoft is a sans serif font family. This typeface has ten styles and was published by Indian Type Foundry.

Eurosoft is a friendly rounded sans with 10 styles. It was designed in Paris by Jeremie Hornus and Clara Jullien for ITF. The typeface’s appearance is very technical-looking. Its letterforms are square-like in terms of their forms, despite all of the typeface’s stroke terminals being rounded-off at their edges. The stroke contrast is very low; Eurosoft’s characters appear quite monolinear. The typeface’s letters have been strongly simplified: the lowercase a, g, m, n, r, and u have no spurs, and capital E, F, V, W, Y, and Z all feature rounded corners. Eurosoft’s proportions include short ascenders and descenders, as well as diacritical marks that are almost flat. The Italic fonts are in fact ‘obliques’. Eurosoft works particularly well in corporate identity projects and editorial design.