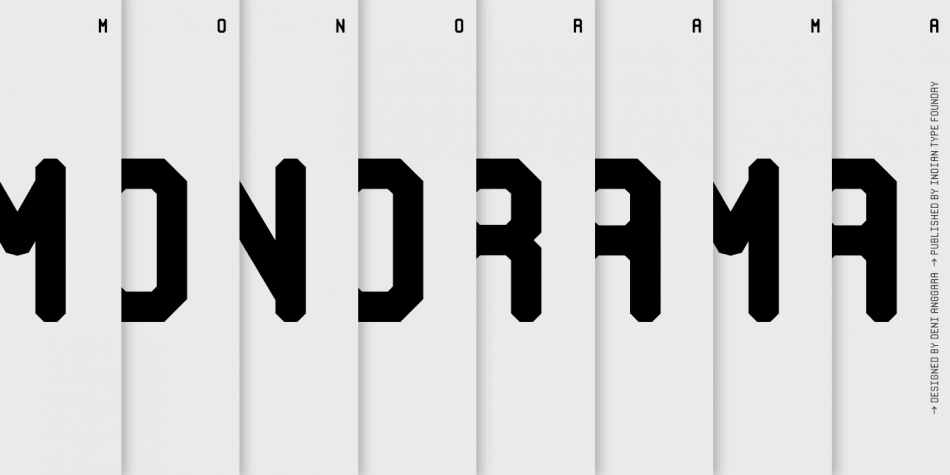 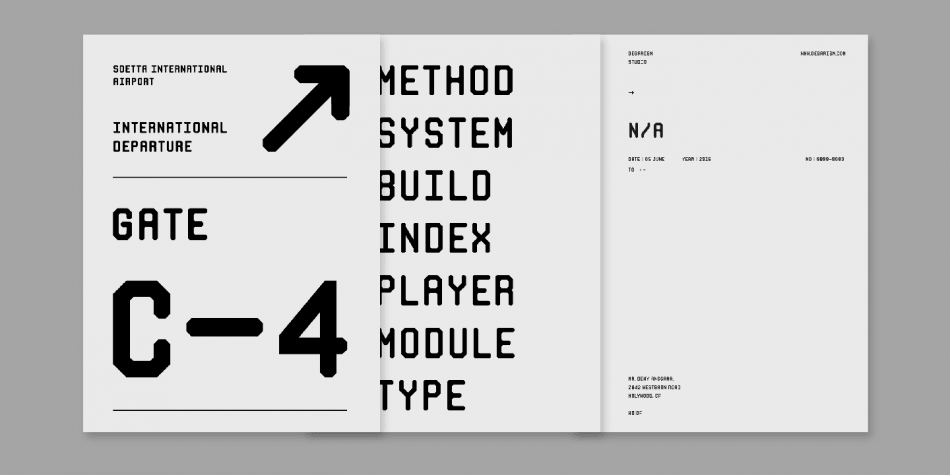 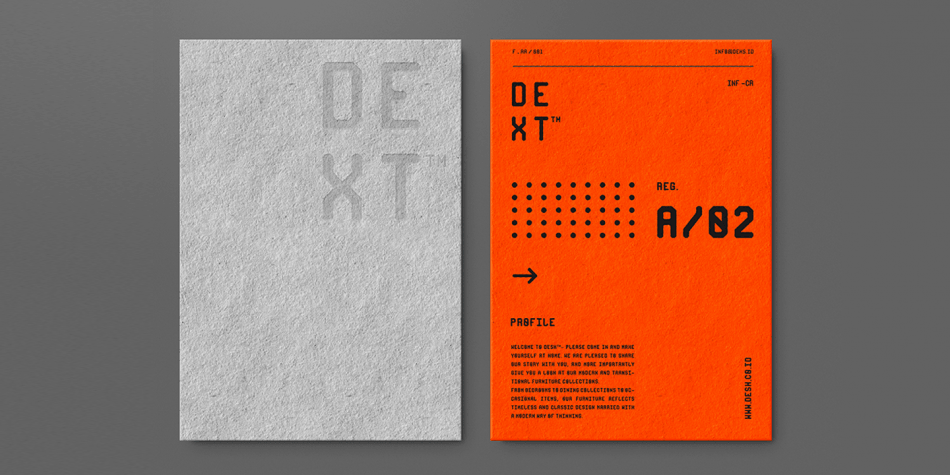 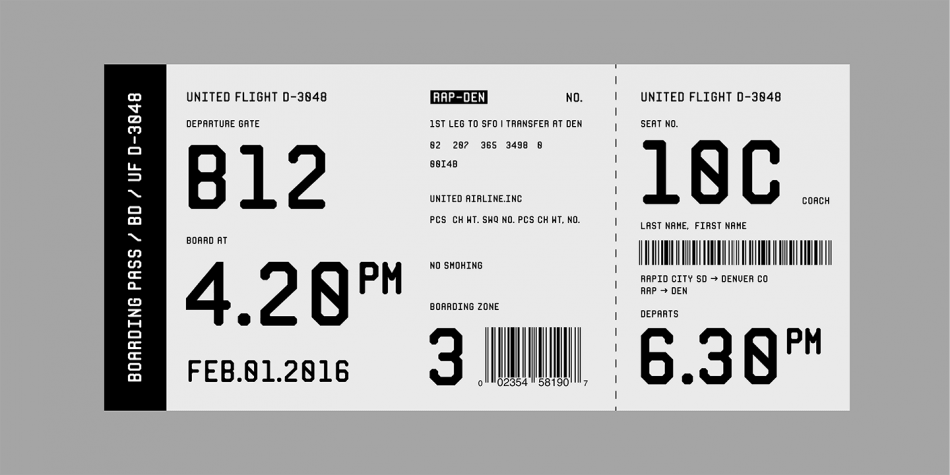 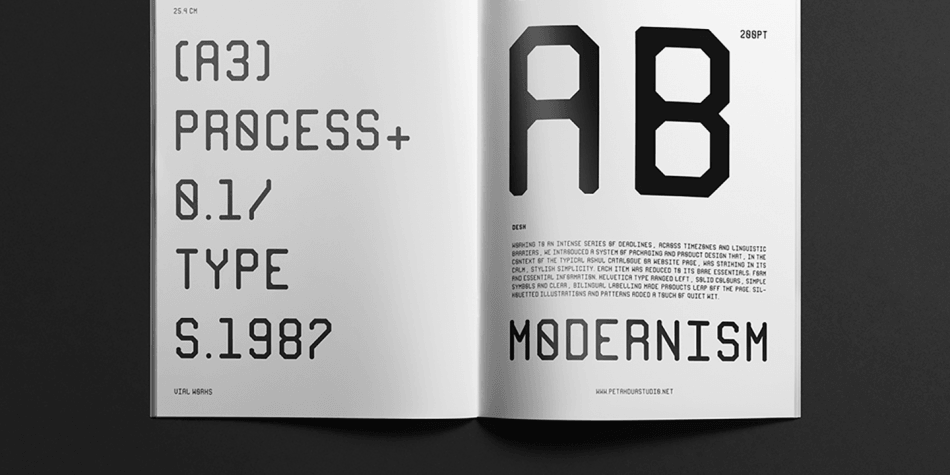 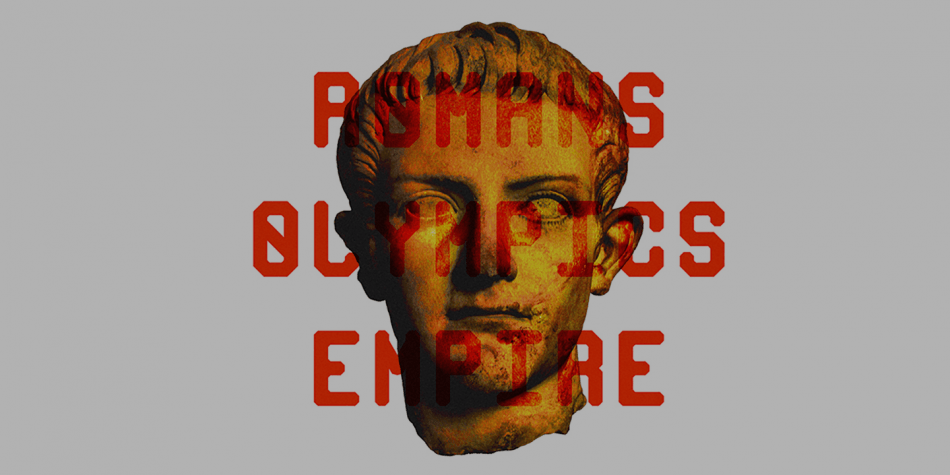 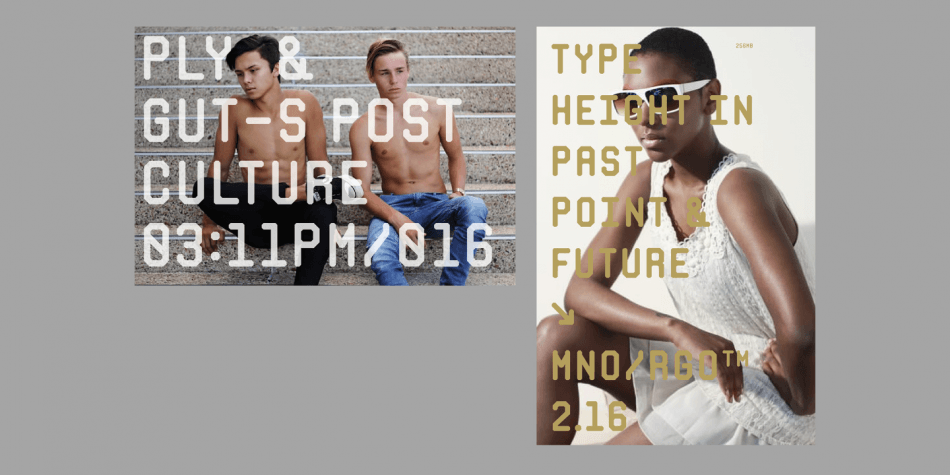 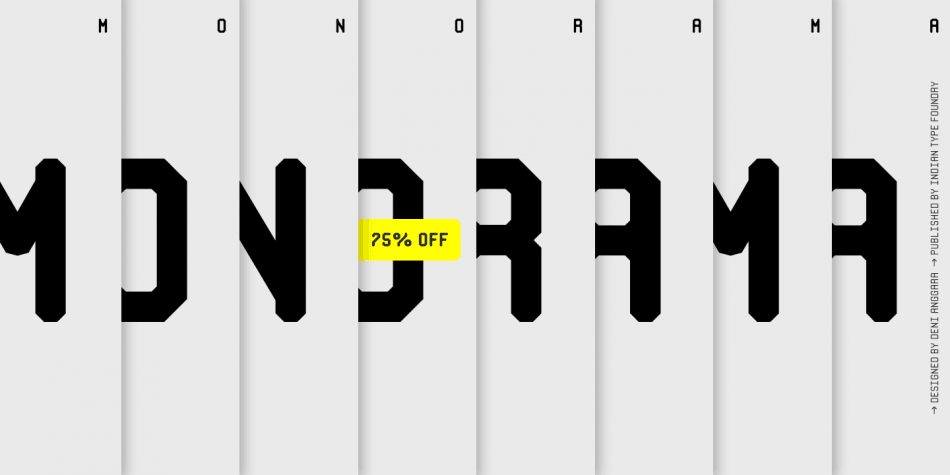 Designed by Deni Anggara, Monorama is a display sans font family. This typeface has four styles and was published by Indian Type Foundry.

Monorama is a family of caps-only display fonts. Its letterforms are sans serif and quite industrial-looking. While text set in the four Monorama fonts appears at first glance to be monospaced, that is just a strong look ; in actuality, the letters have proportional widths. Monorama contains a number of constructed-design hallmarks. The fonts’ ‘M’ and ‘W’ share a nearly-identical form, rotated 180°. Letters that are traditionally rounded, like the ‘C’ or the ‘O’, are all straight-sided. In fact, the Monorama fonts do not include any curves in at all. Stroke-endings are mostly modulated, looking a bit like the ends of strokes in ‘rounded’ fonts (but also like ‘college’ or sports fonts). The ‘Q’ doesn’t descend below the baseline, but still has a tail. The ‘J’ has a non-descending tail of its own, too. The zero features a slash inside of its counter to distinguish it from the ‘O’. Monorama includes a full range of numerators and denominators for typesetting fractions, as well as ten directional arrow glyphs per font. Each font also has two different ampersands to choose from. Monorama is an excellent choice for headline-typesetting and logo design, but will certainly be used for concert and event flyers, too. It would even be great for branding a sports team. Monorama was developed by Deni Anggara, a type designer based in Bandung, Indonesia.