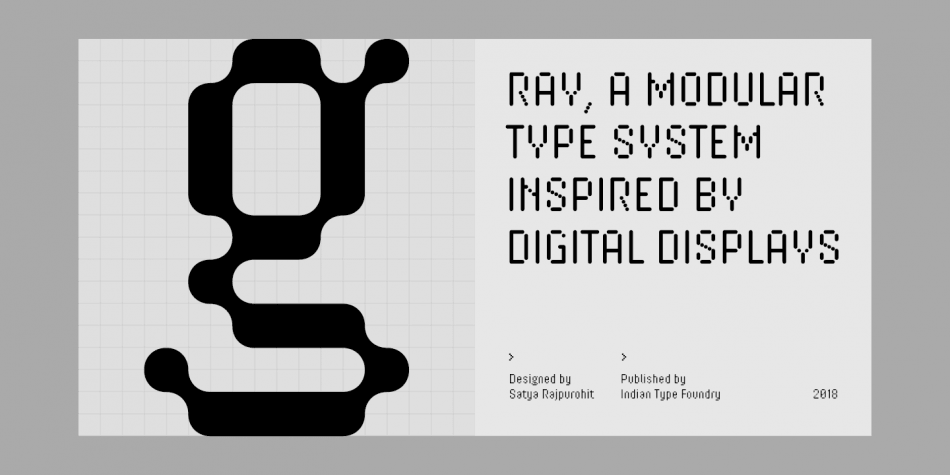 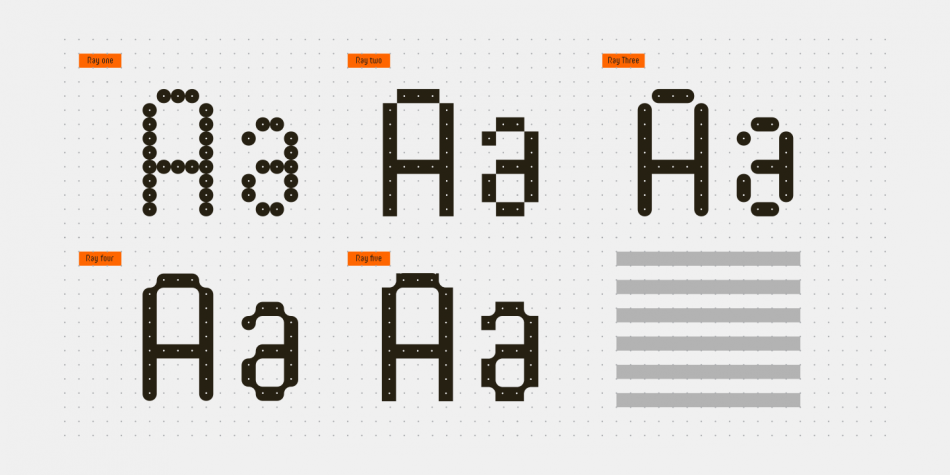 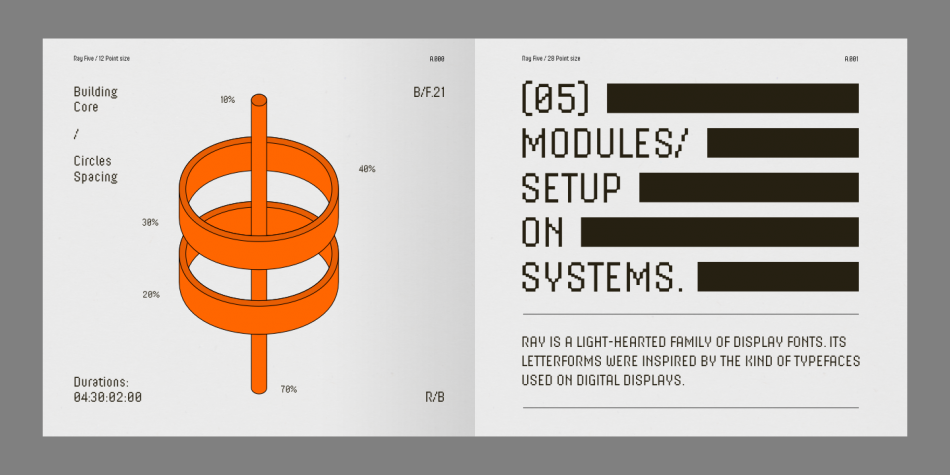 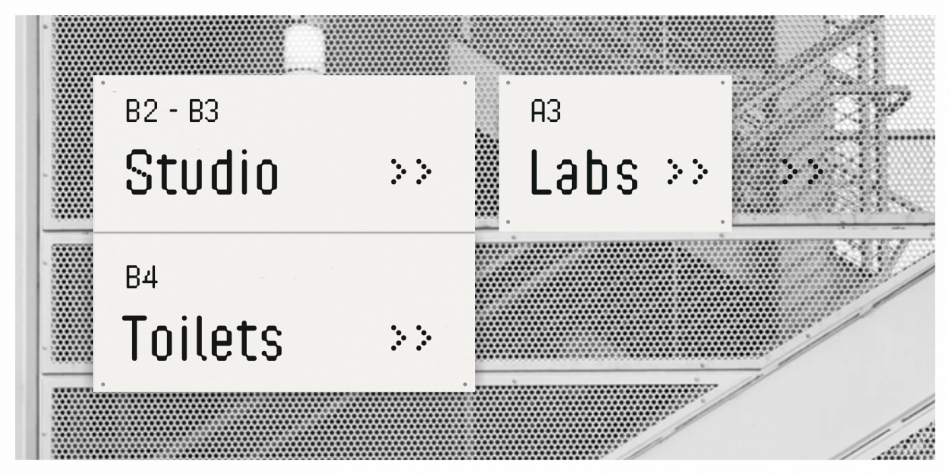 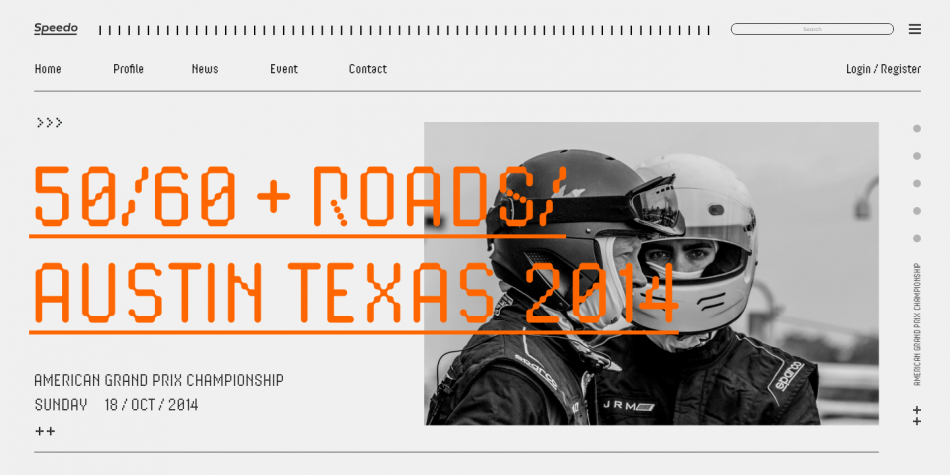 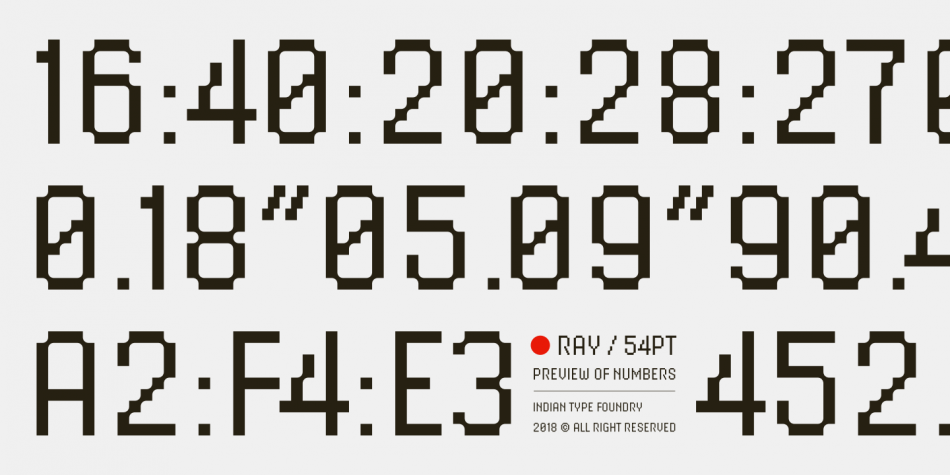 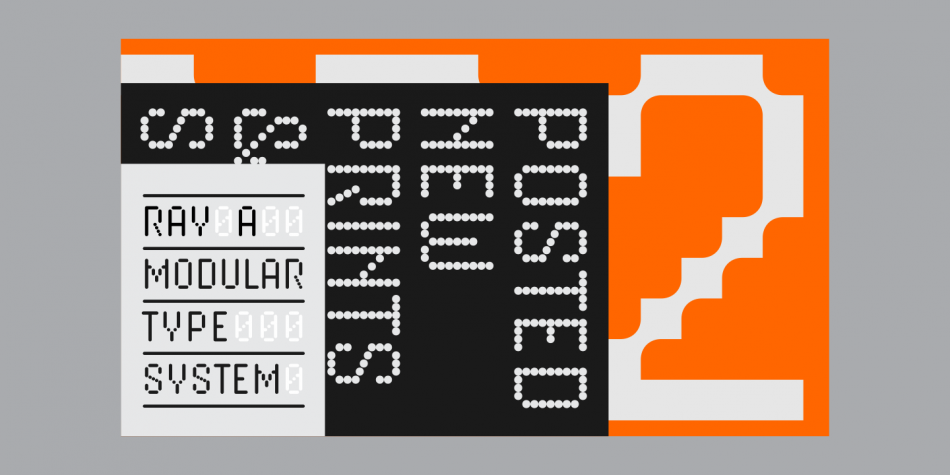 Designed by Satya Rajpurohit, Ray is a pixel font family. This typeface has five styles and was published by Indian Type Foundry.

Ray is a light-hearted family of display fonts. Its letterforms were inspired by the kind of typefaces used on digital displays. The family includes five variants, each of which shares the same character width, inter-character spacing, and OpenType features. They are each derived from a strict grid. Ray One’s letterforms make use of a series of dots overlayed on top of a background grid. The capital letters, lining figures, and lowercase ascenders are nine dots tall. The x-height is seven dots. The descenders have two dots worth of space available below the baseline. The Ray Two fonts uses squares instead of dots. These all run into each other, but still present a pixelated effect to the texts they set. Those squares are rounded off in Ray Three, making this style appear like a combination of the Ray One with the Ray Two font. Ray Four adds bridges between many of the gaps found between the grid units visible in Ray Three. These rounded elements from Ray Four are in turn re-squared in Ray Five, making that font look like a cross between Ray Two and Ray Four. The fonts in the Ray family include both lining and oldstyle figures, as well as several alternates for letters like the ‘Q’, ‘R’, ‘S’, and ‘g’. Ray come from Satya Rajpurohit, the Ahmedabad-based type designer who co-founded the Indian Type Foundry.