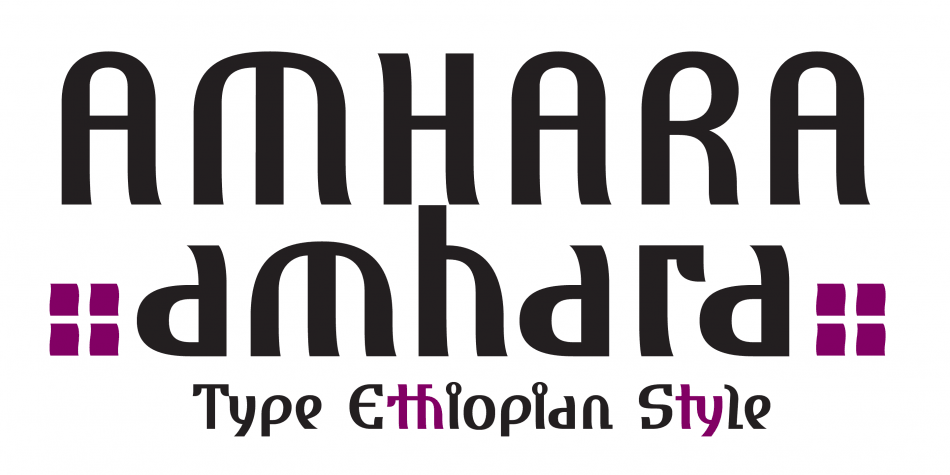 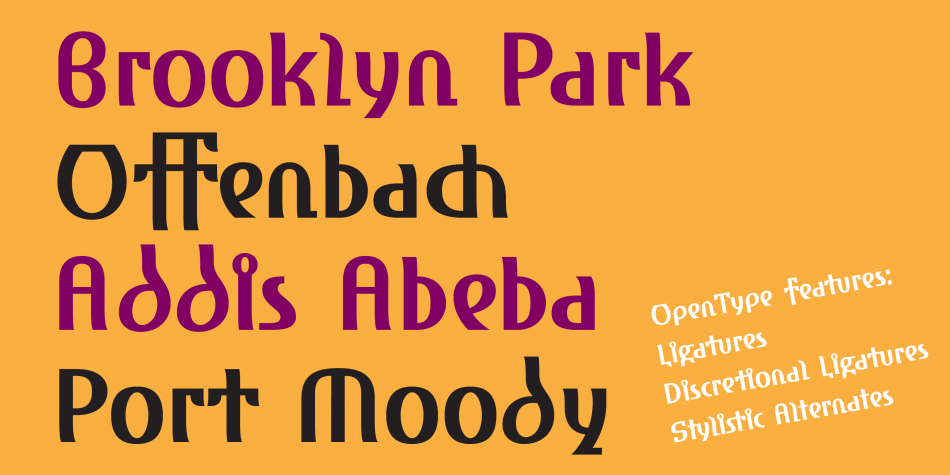 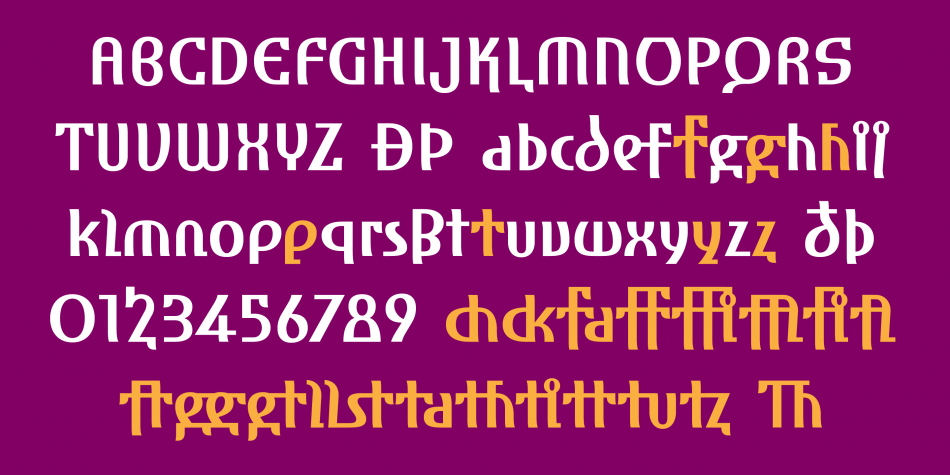 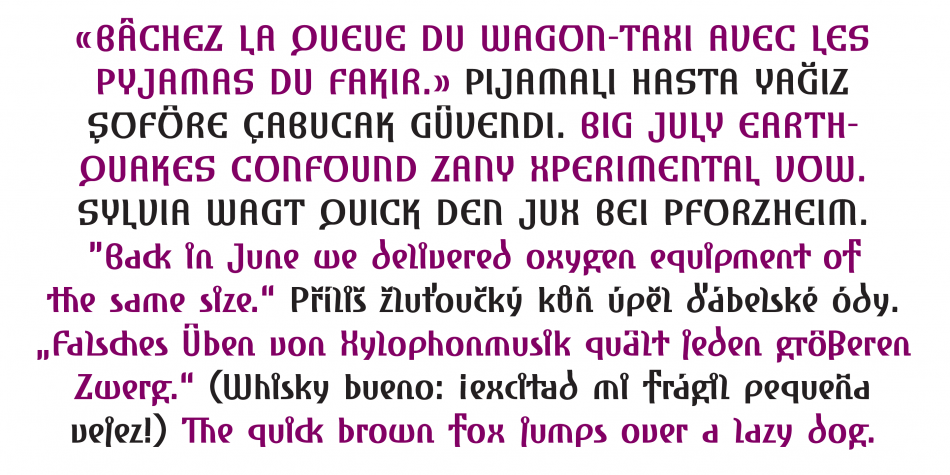 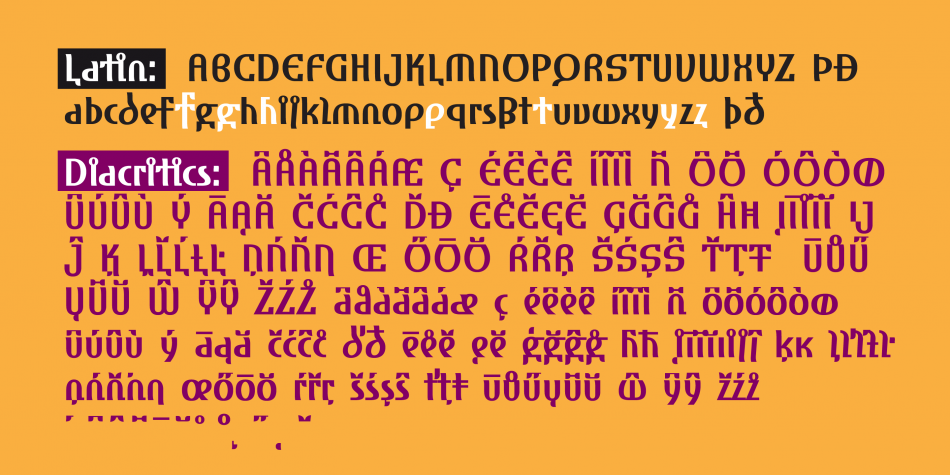 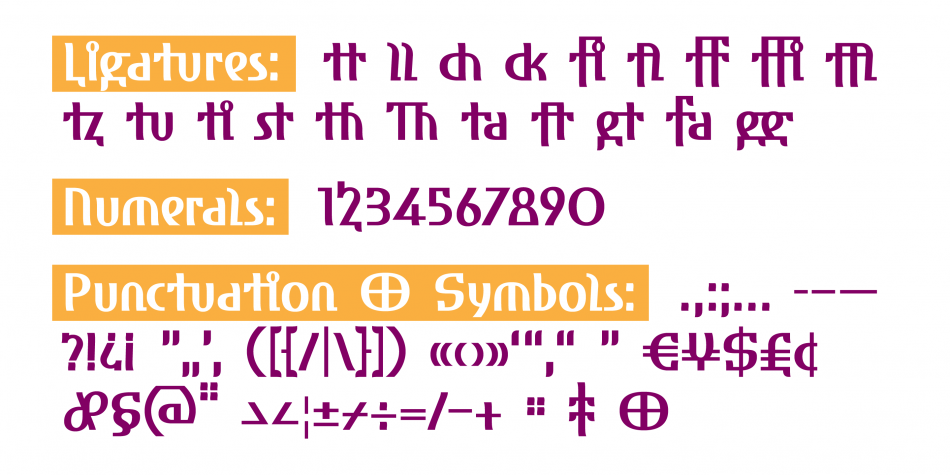 Designed by Ingo Zimmerman, Amhara is a display and exotic font family published by ingoFonts.

An experiment: a Latin alphabet modelled on the ethiopian Ge’ez script

Due to a more than 1600 year Christian tradition and the close relationship to the Hellenistic Mediterranean region during late antiquity, there are borrowings from Greek which can be recognized in the ethiopian Amharic script.  Because Amharic is traditionally written with an expanded pen tip, it shows the typical ductus also characteristic of the uncial scripts of late antiquity and the early Middle Ages. So this font Amhara has a somewhat sacramental effect. And, although the individual forms look foreign, the overall picture is strangely familiar.