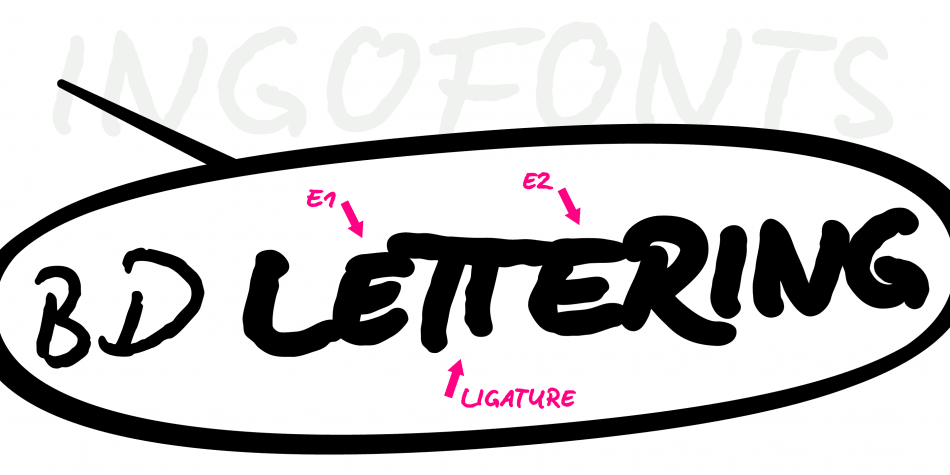 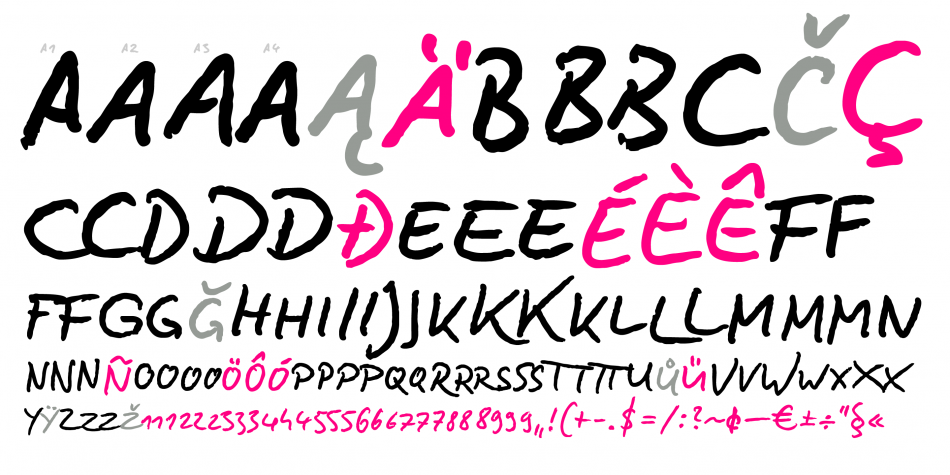 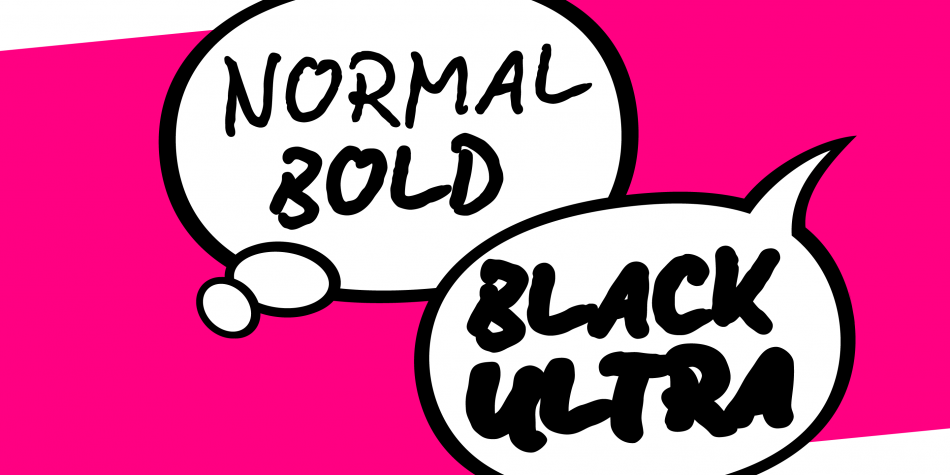 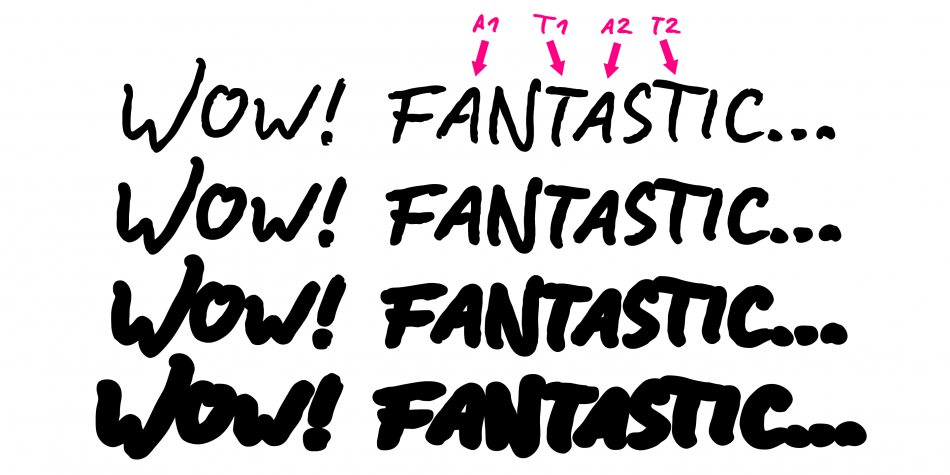 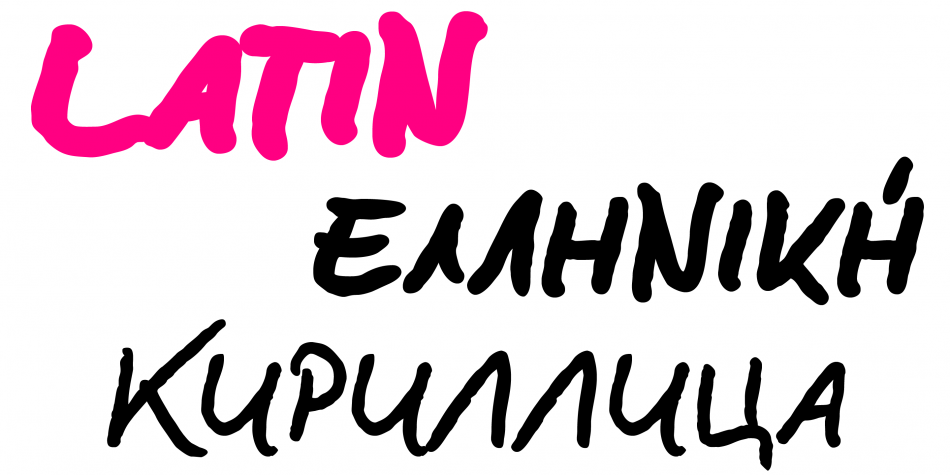 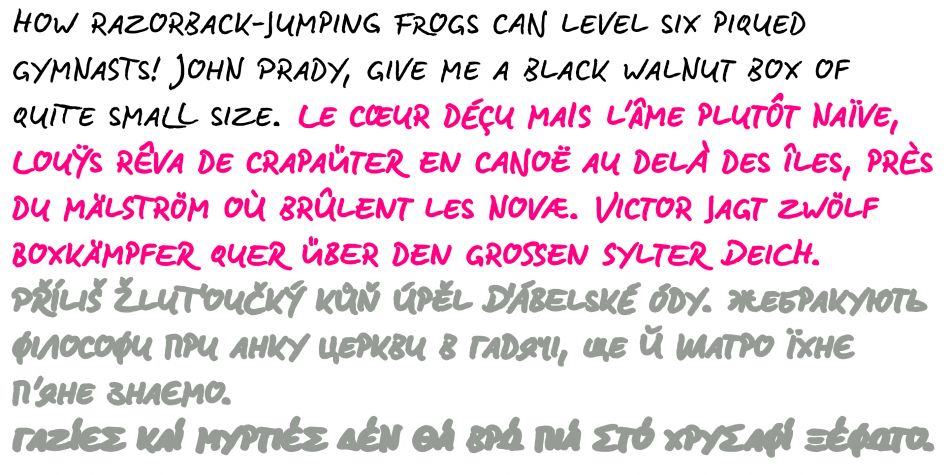 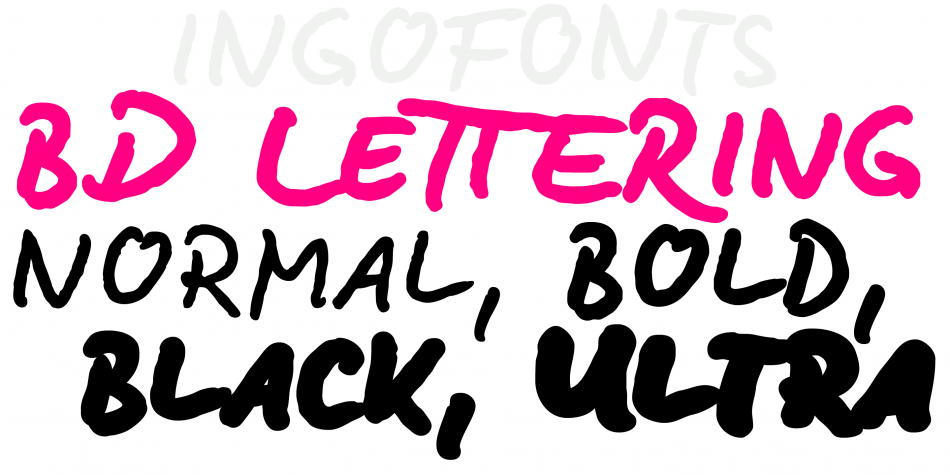 Designed by Ingo Zimmerman, BD Lettering Pro is a hand drawn font family. This typeface has four styles and was published by ingoFonts. 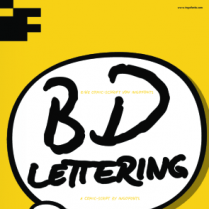 The BD Lettering  is a computer font, but closely resembles genuine handwriting.

In order for the typeface to actually look handwritten, it needs to have clearly visible irregularities. These are not found only in the shapes of the individual letters. Even though BD Lettering is all in capital letters, the characters of uppercase and lowercase letters are clearly different. additionally, many alternative shapes are used, which are automatically applied when the OpenType “Ligatures” feature is activated. Thus, there are no identical double letters or numerals, and many character combinations are defined as ligatures with alternative forms.

By the way—the name of this font is a tribute to the Belgian and French comics, which are referred to there as “bande dessinée”, in short “bédé” or even the abbreviation BD.