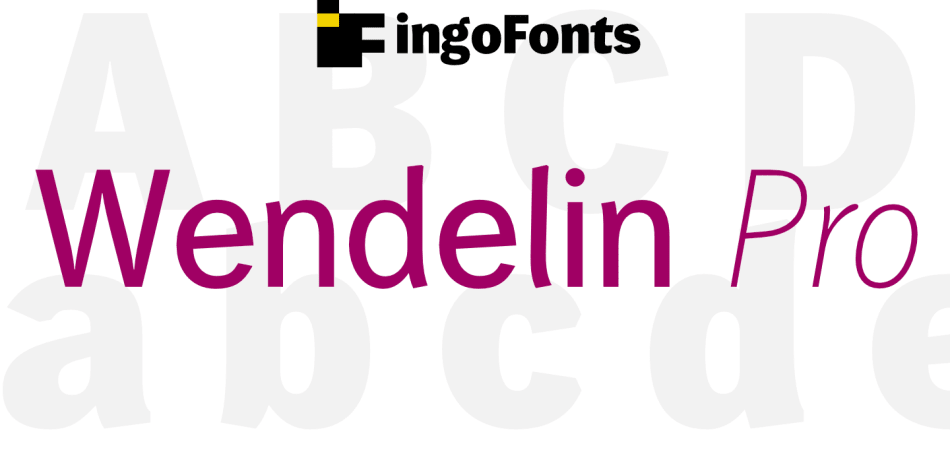 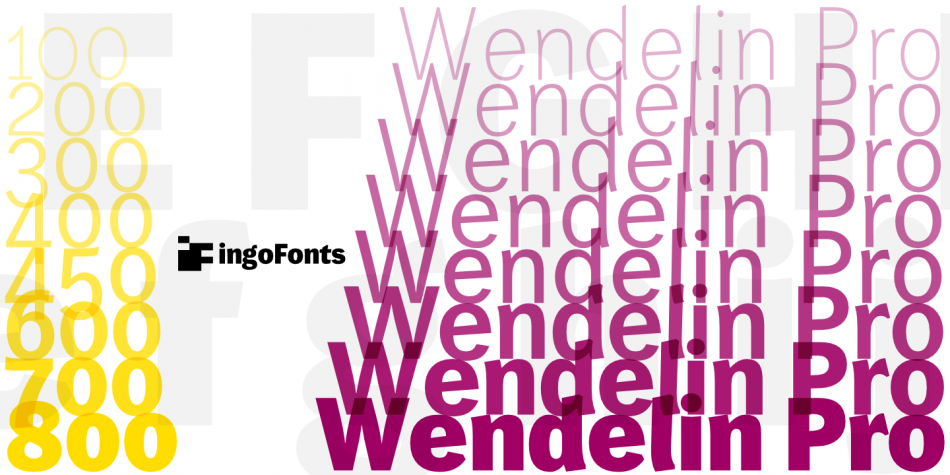 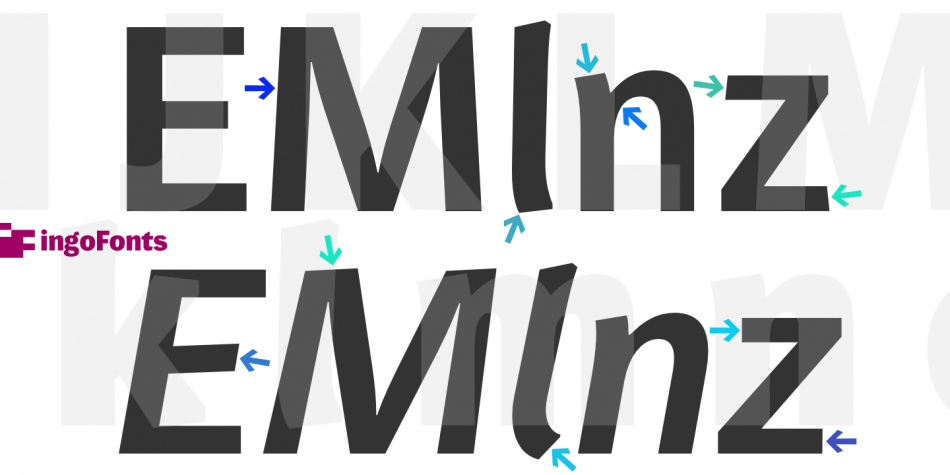 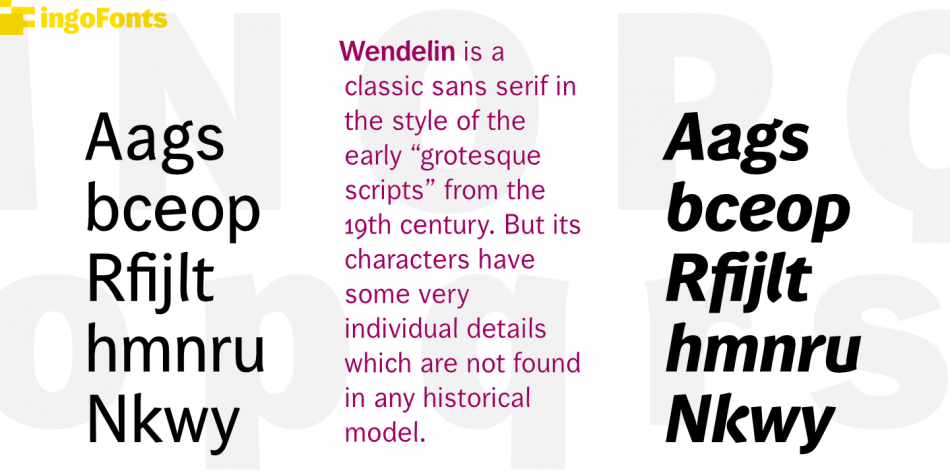 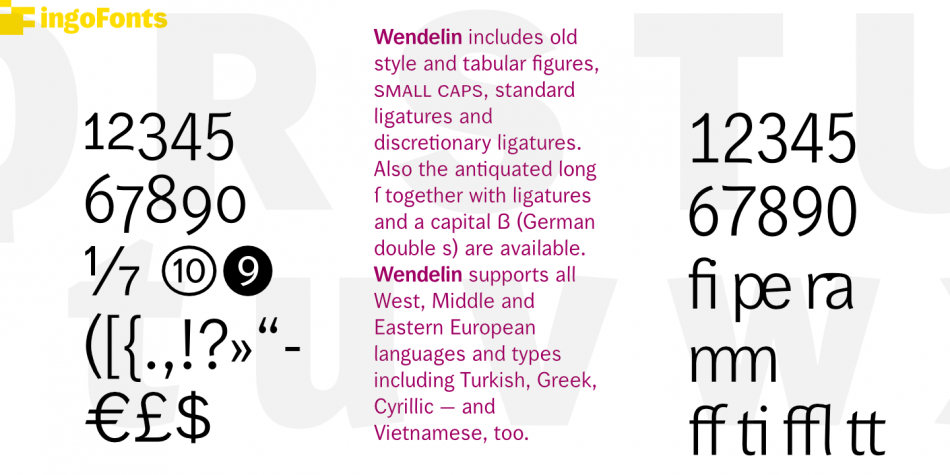 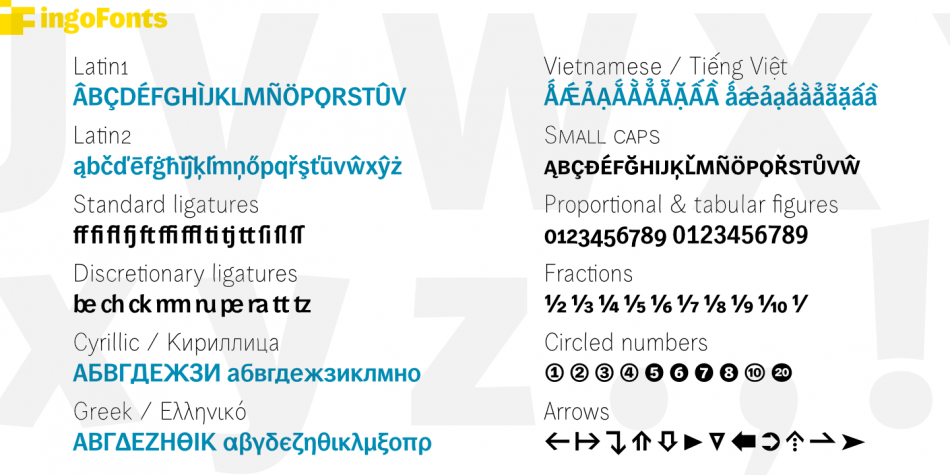 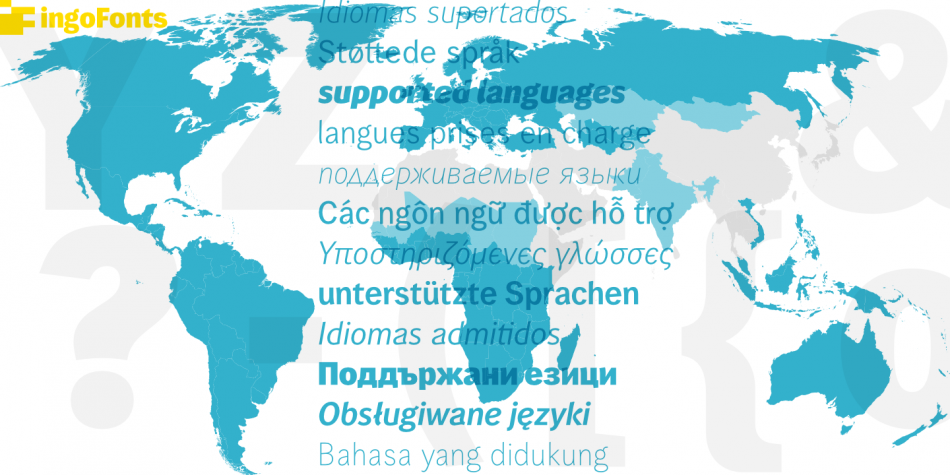 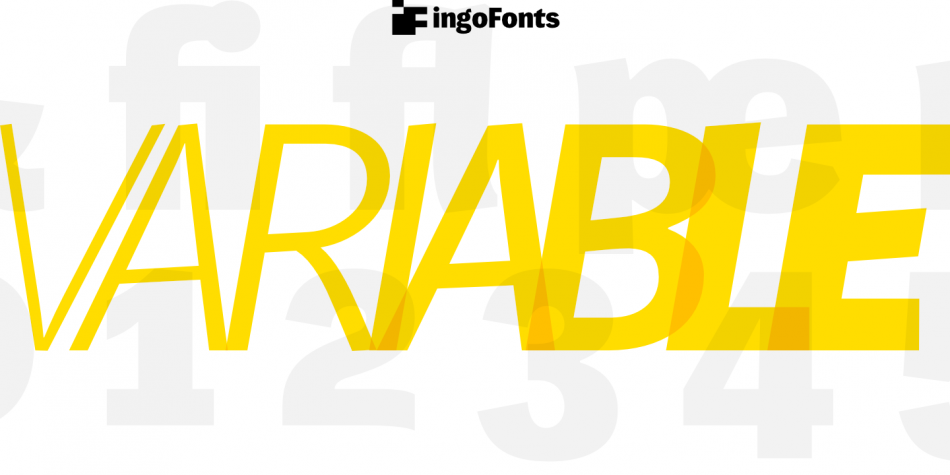 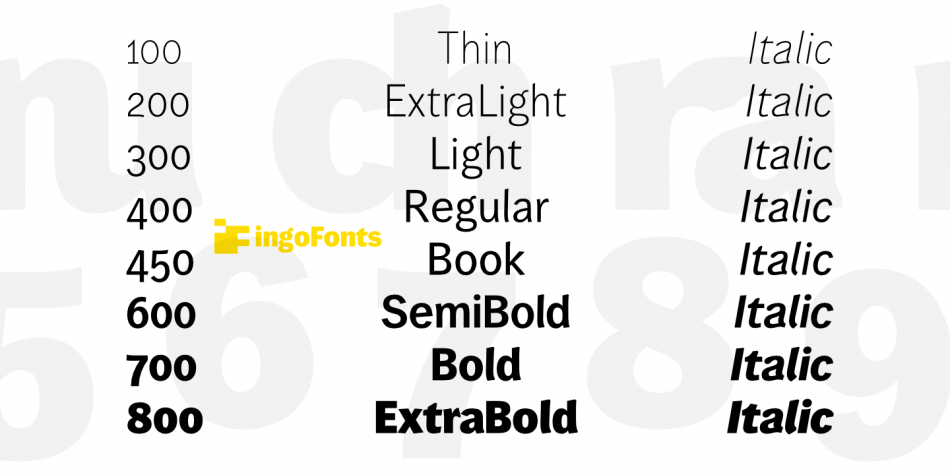 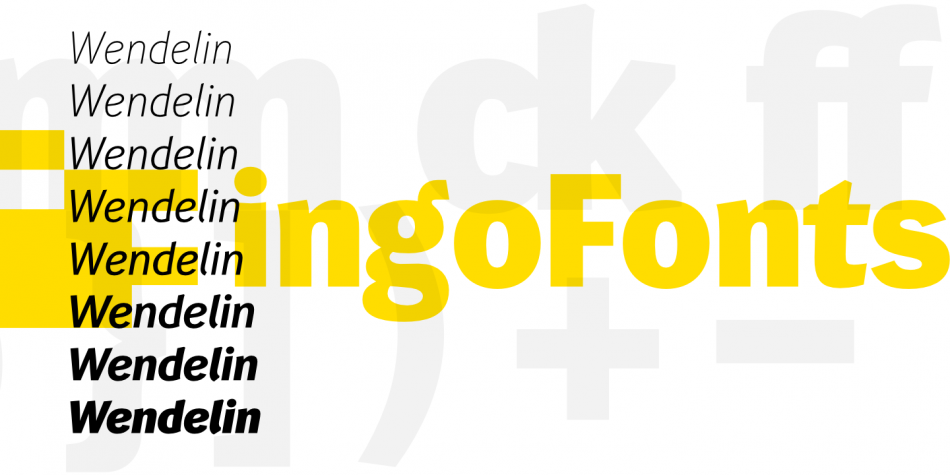 Designed by Ingo Zimmerman, Wendelin Pro is a sans serif font family. This typeface has eighteen styles and was published by ingoFonts. 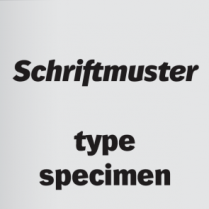 A traditional sans serif — with that certain something — very legible

Wendelin Pro is a classic sans serif in the style of the early “grotesque fonts” from the 19th century. But its characters have some very individual details which are not found in any historical model. The slightly bowed stroke endings which nearly look like serifs are characteristic of Wendelin and lend greater legibility to the font.

The italic weights of Wendelin are based on true italics with clearly rounder detail forms and not just slanted variations of the upright form, even though a and g retain the basic form of the upright version. Also, the italic f has a descender, the e is round, and k is open and rounder as well as r.

Wendelin Pro features a wide range of eight weights from Thin to ExtraBold and the appropriate italics.