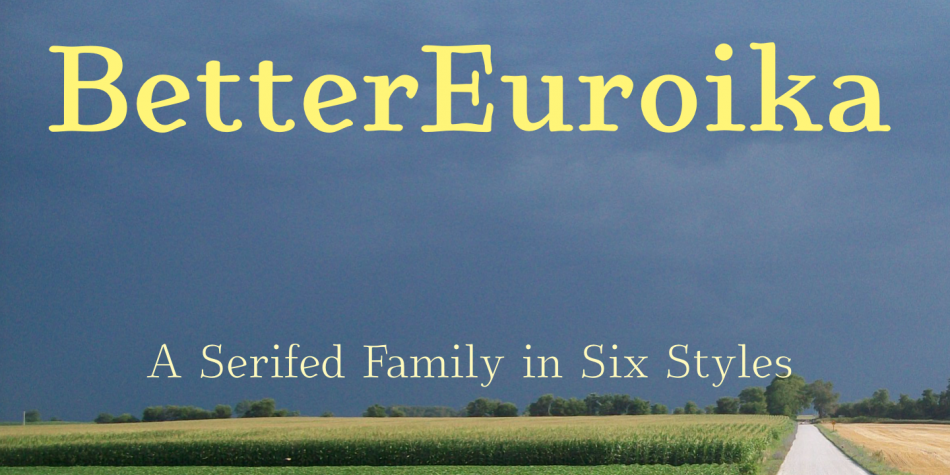 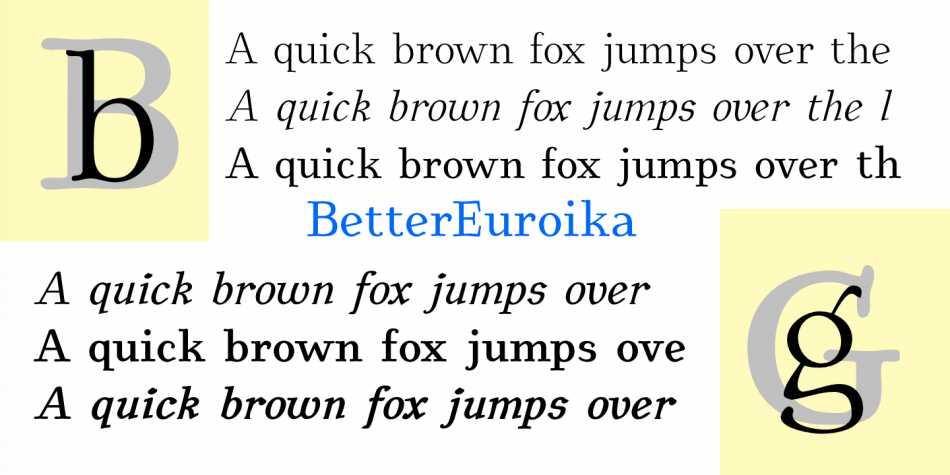 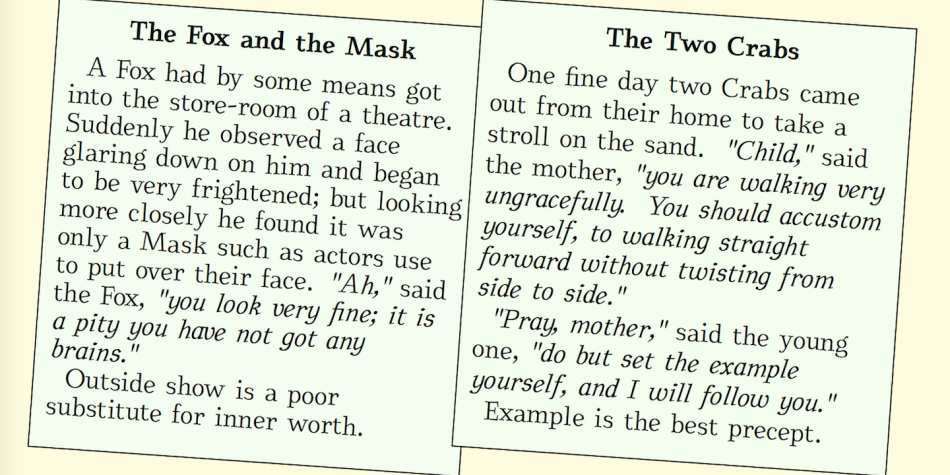 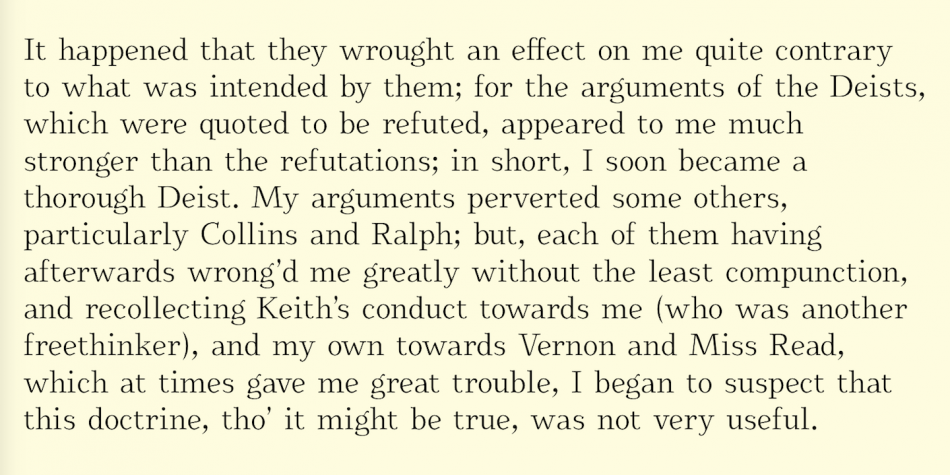 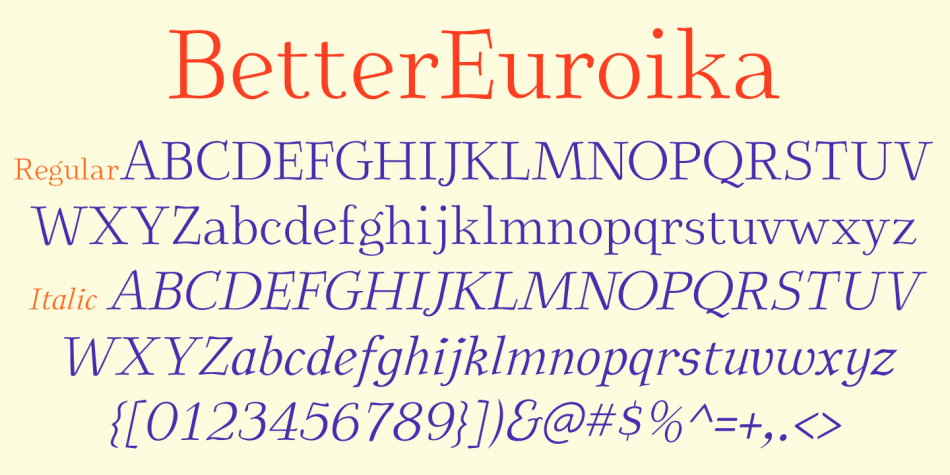 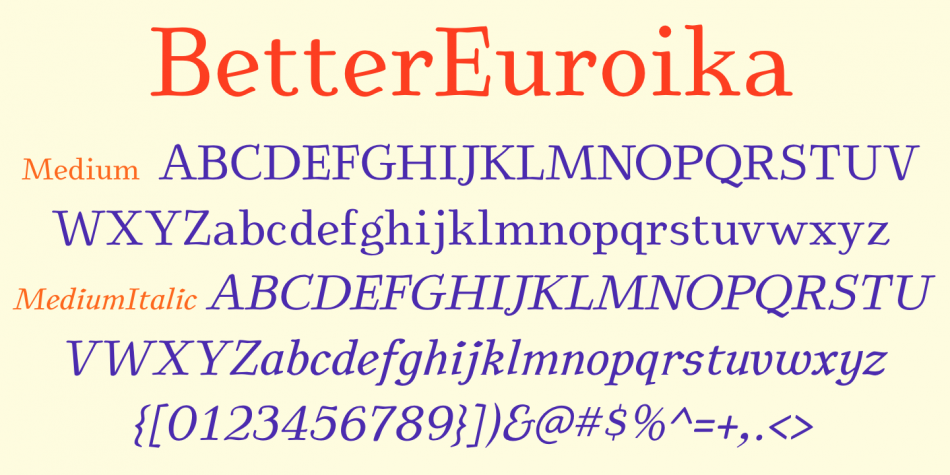 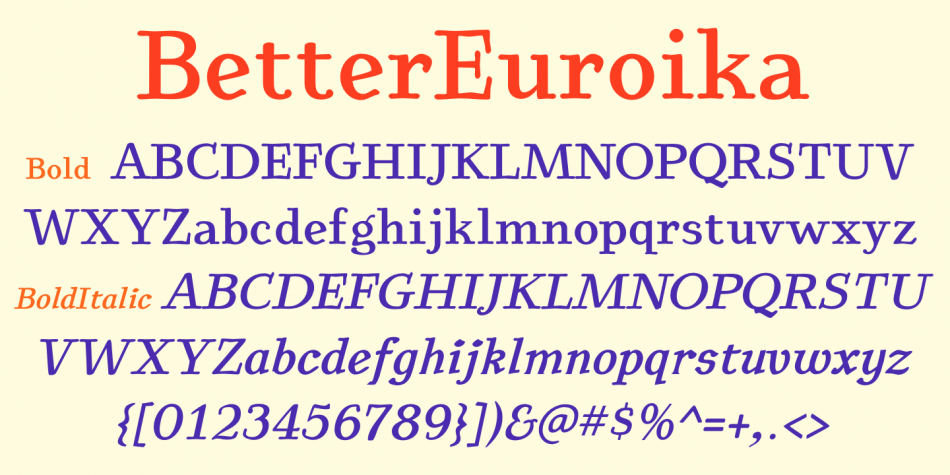 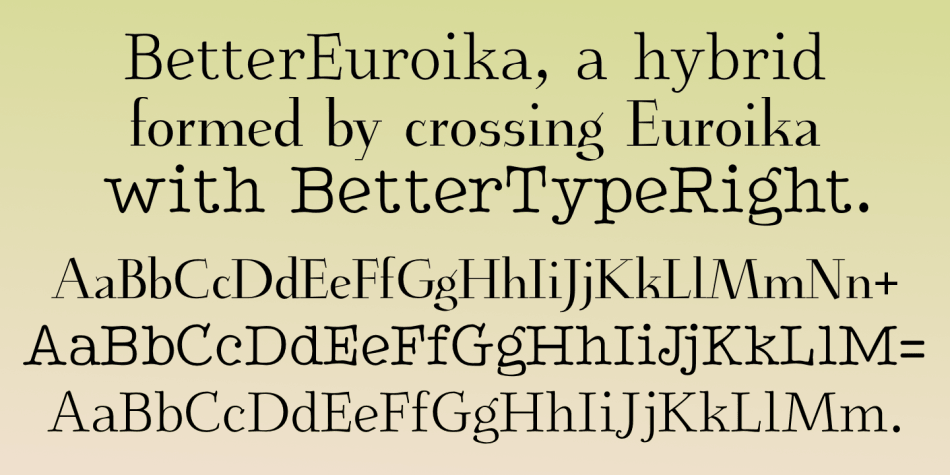 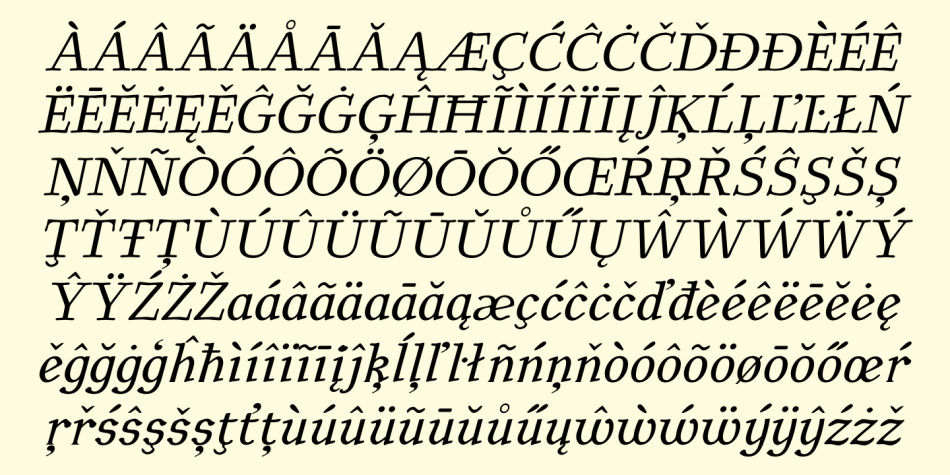 Designed by Robert Schenk, BetterEuroika is a serif font family. This typeface has six styles and was published by Ingrimayne Type.

In the 1990s Adobe’s MultipleMaster technology introduced interpolation into font editing programs. Although the obvious use of interpolation was to create an unlimited number of weights for a font, interpolation could also be used to crossbreed two completely different typefaces. BetterEuroika is the result of such crossbreeding, the offspring of two very different parents. BetterTypeRight has little contrast and large, round serifs while Euroika is a decorative font with high contrast and thin, square serifs. BetterEuroika was constructed in 1995-6; an update in 2012 cleaned up many of the remaining oddities that resulted when parts of the parent fonts clashed. It has six styles: regular, medium, bold, italic, medium italic, and bold italic versions.