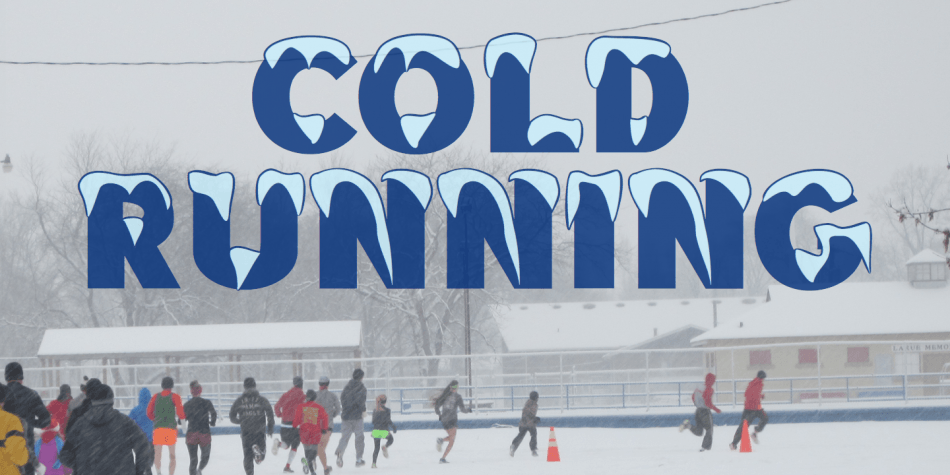 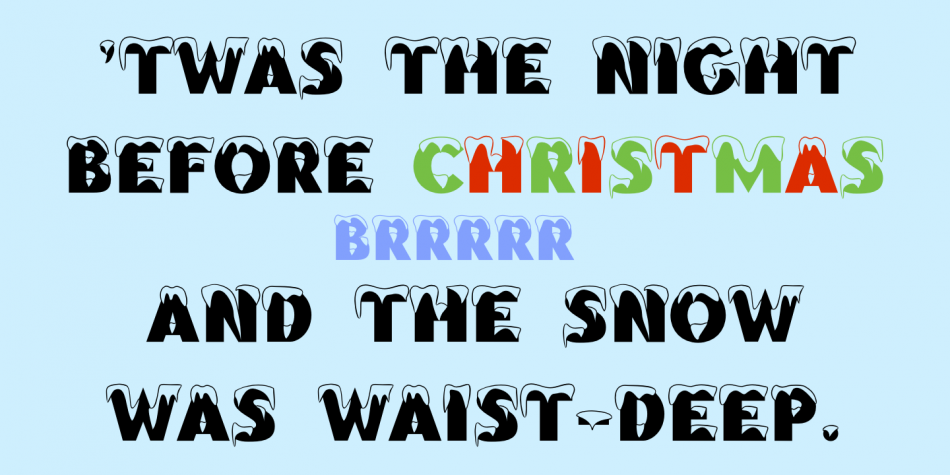 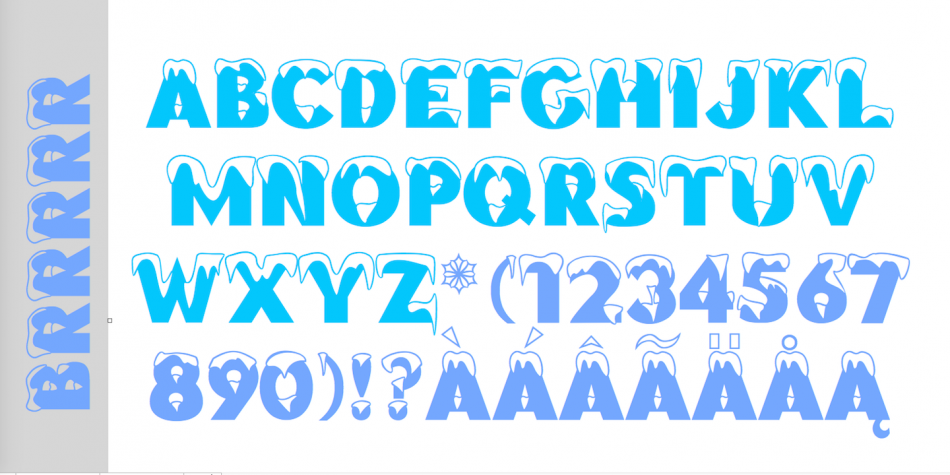 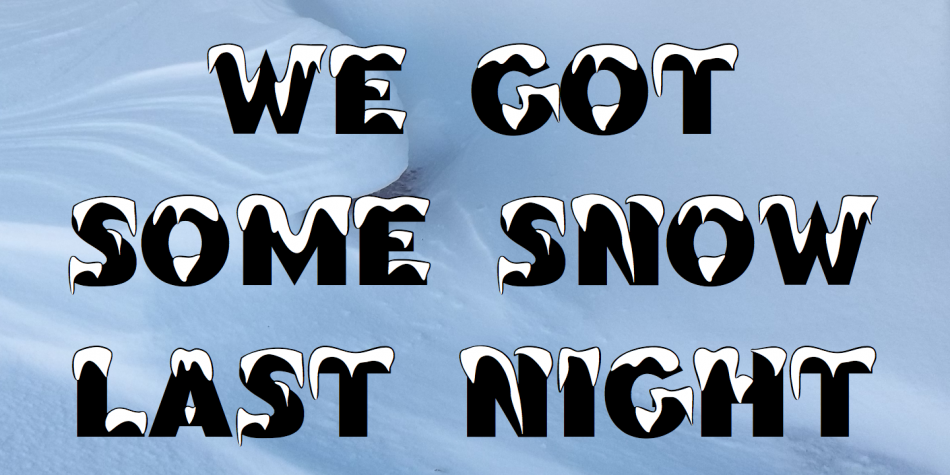 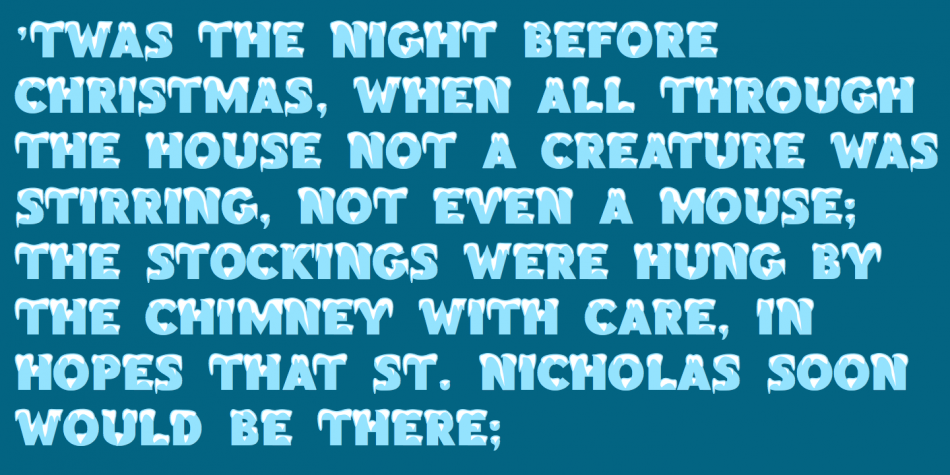 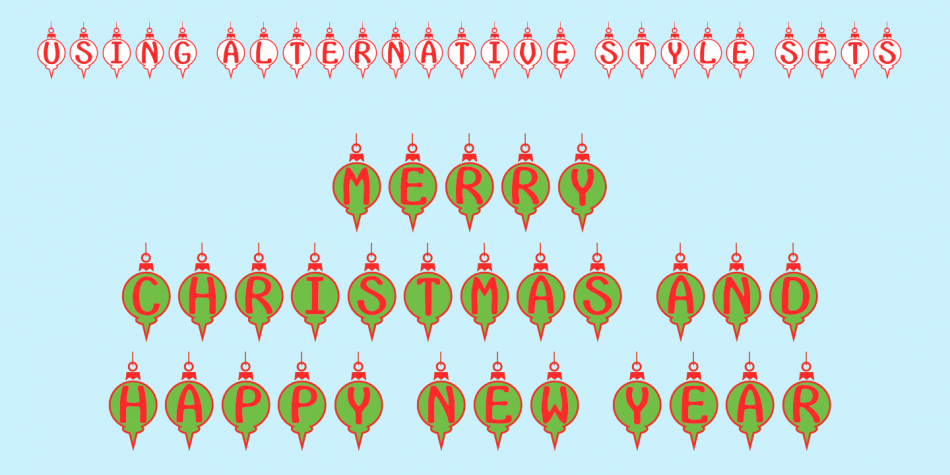 Brrrrr is a novelty font family. This typeface has two styles and was published by Ingrimayne Type.

Brrrrr is supposed to represent snow-covered letters, though it could also be letters covered with frosting. The lower case letters are identical to the upper-case letters. Buried in the font is another set of letters on Christmas tree ornaments. (They are on unicode characters in the 2400 block, circled digits and letters.) The OpenType Stylistic Sets feature makes accessing these letters easier than using unicode.

The Brrrrr-Icing style can be used in a layer over Brrrrr to give the snowcap any color, not just the background color.