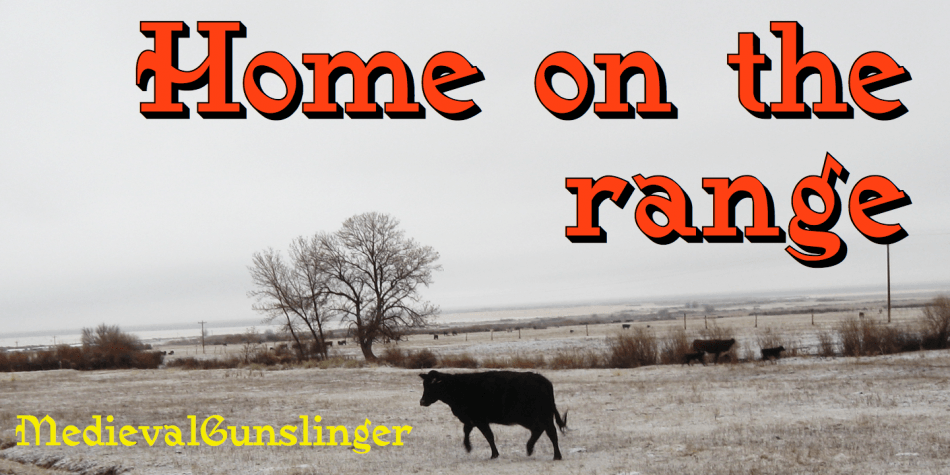 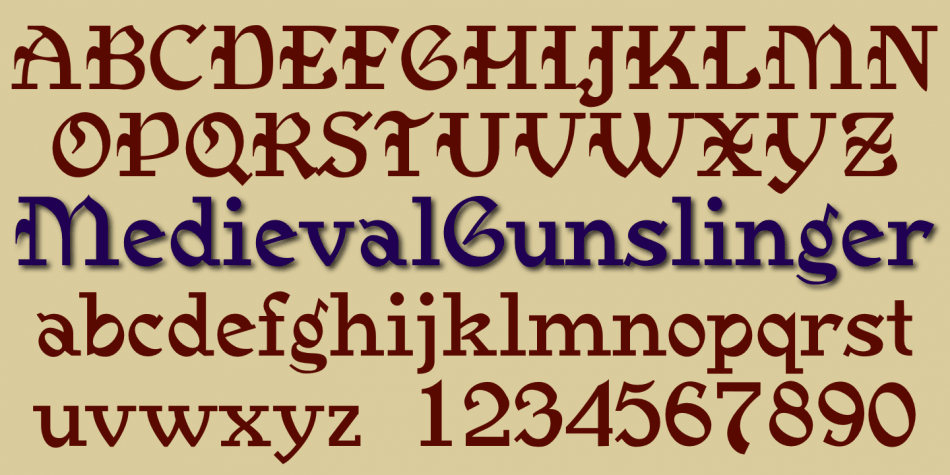 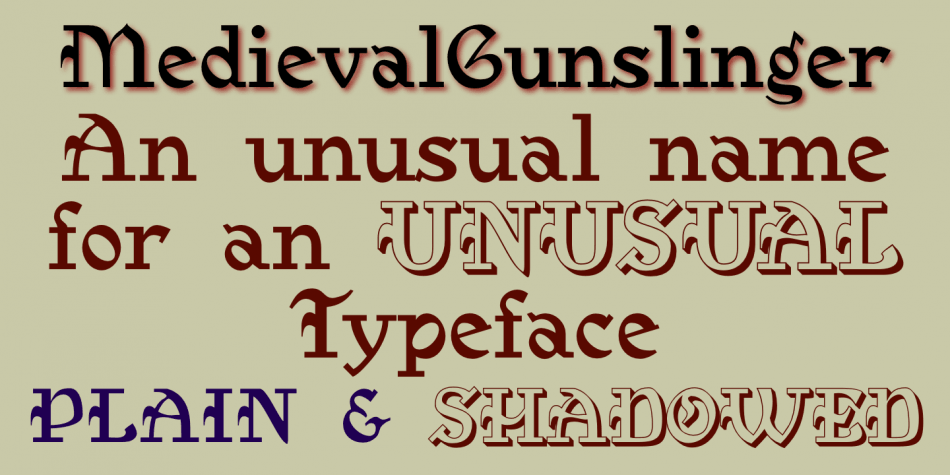 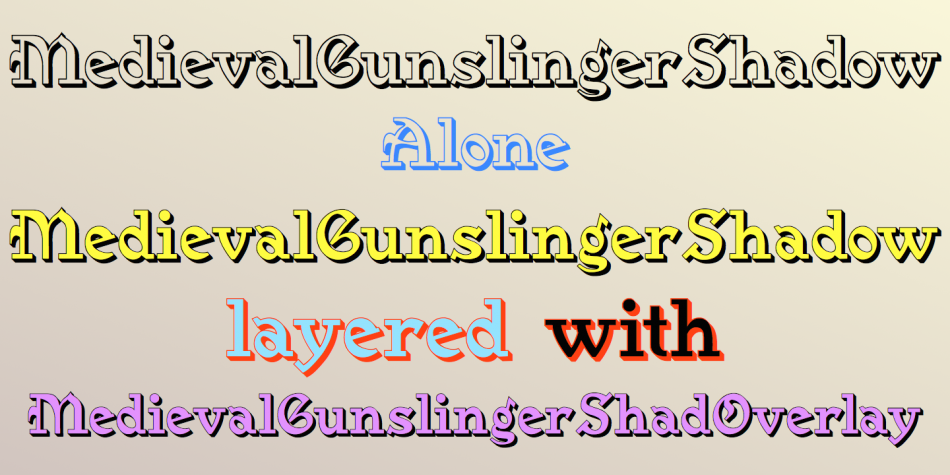 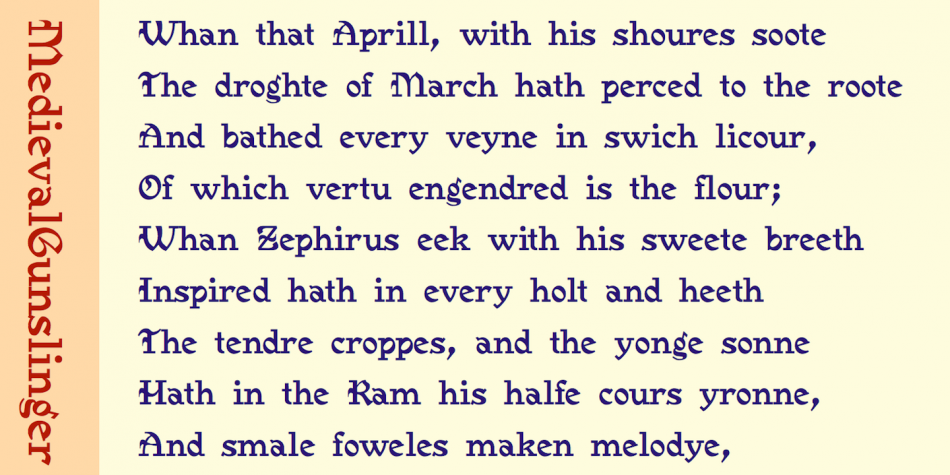 Medieval Gunslinger is a blackletter font family. This typeface has three styles and was published by Ingrimayne Type.

What would happen if one took a rather crude, squared-serifed typeface of the type popular in the 19th century and added medieval and calligraphic ornamentation? Maybe the result would be Medieval Gunslinger.