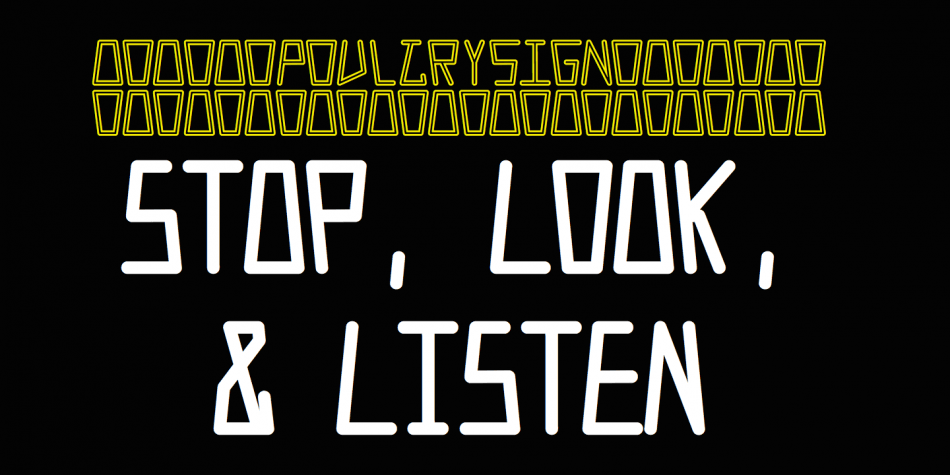 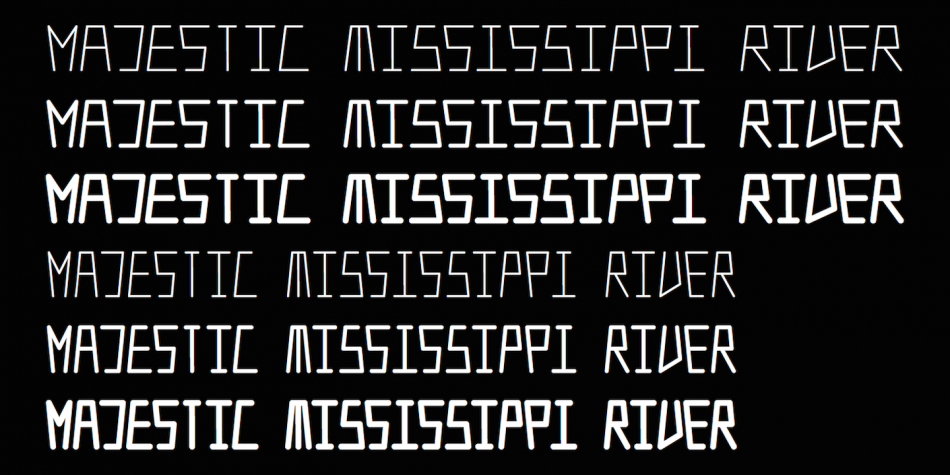 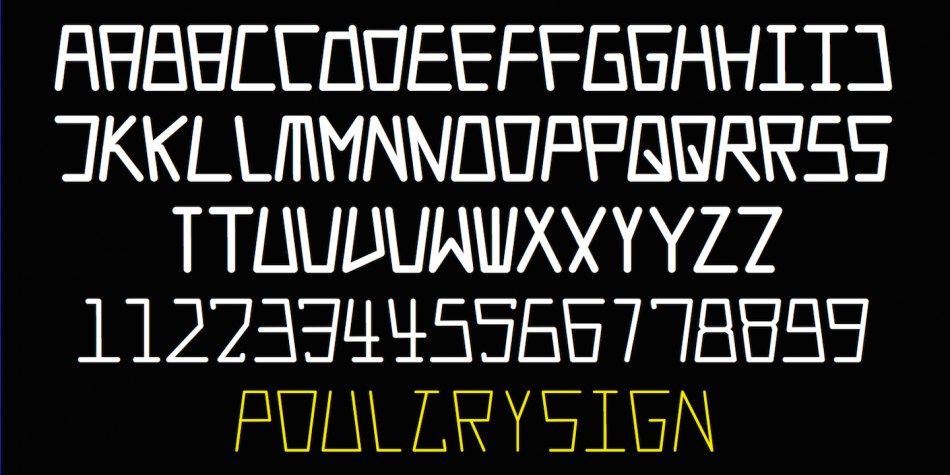 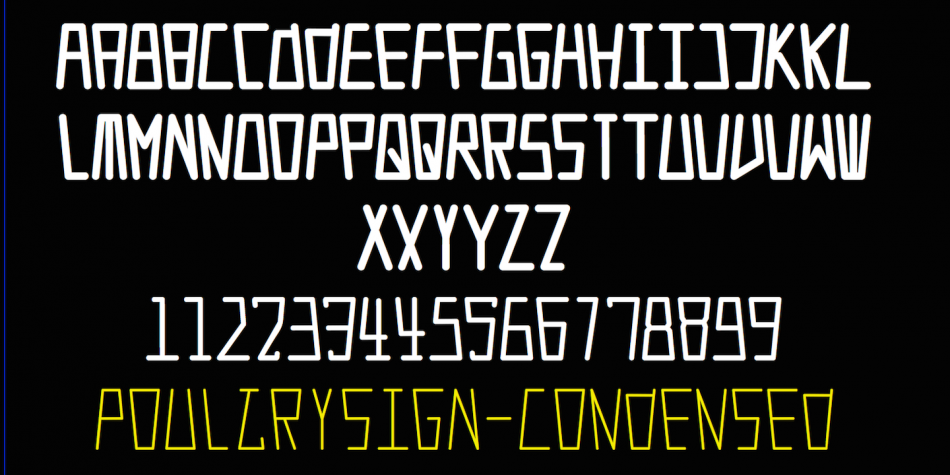 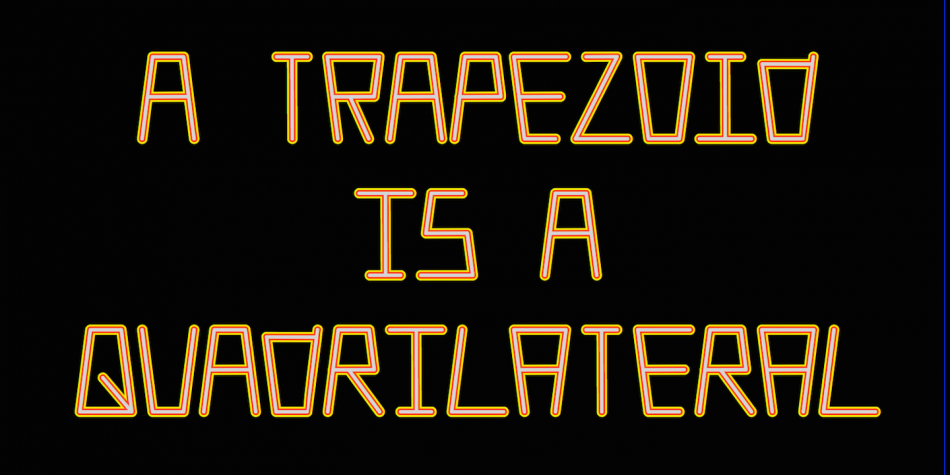 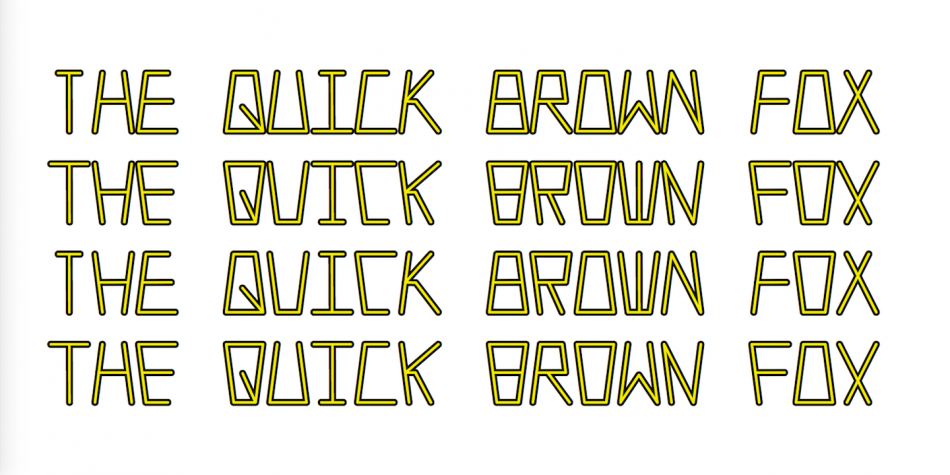 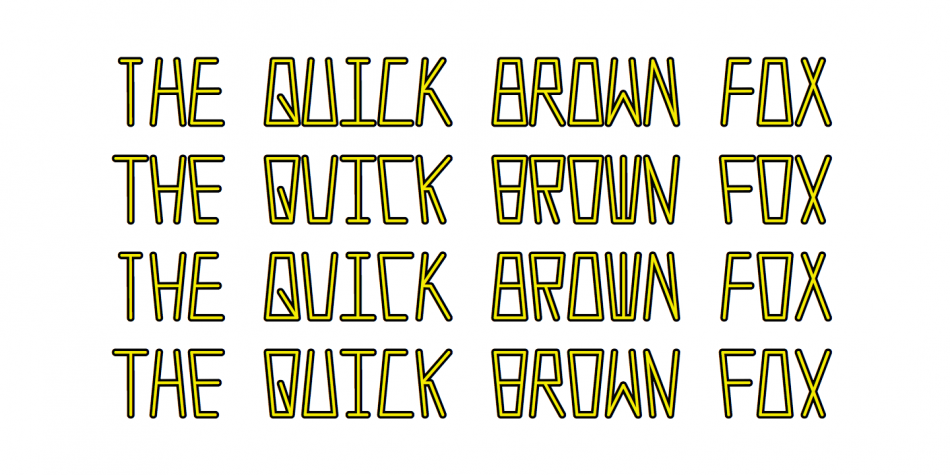 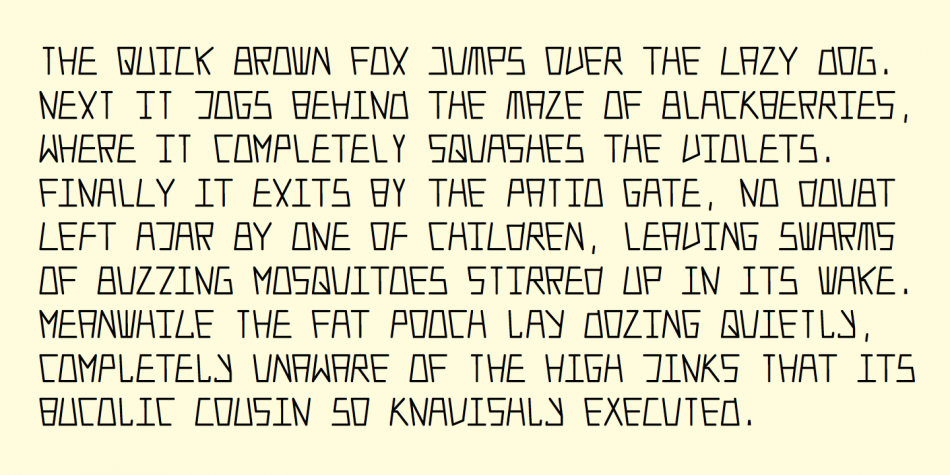 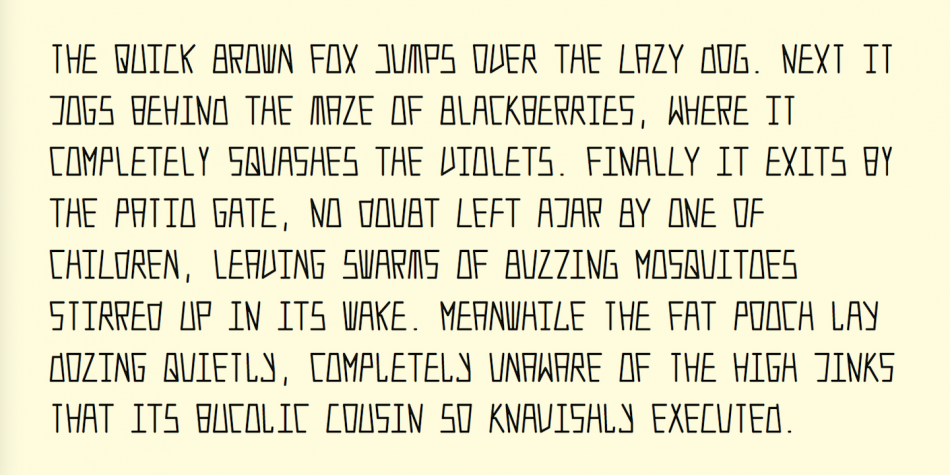 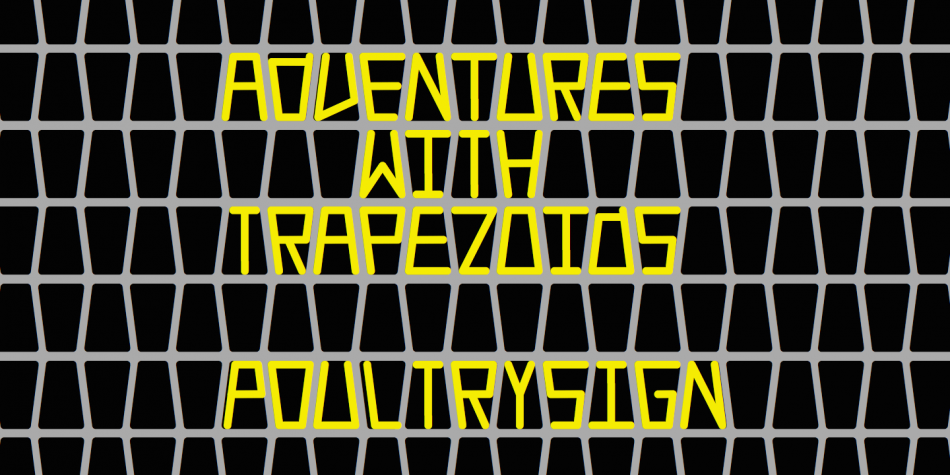 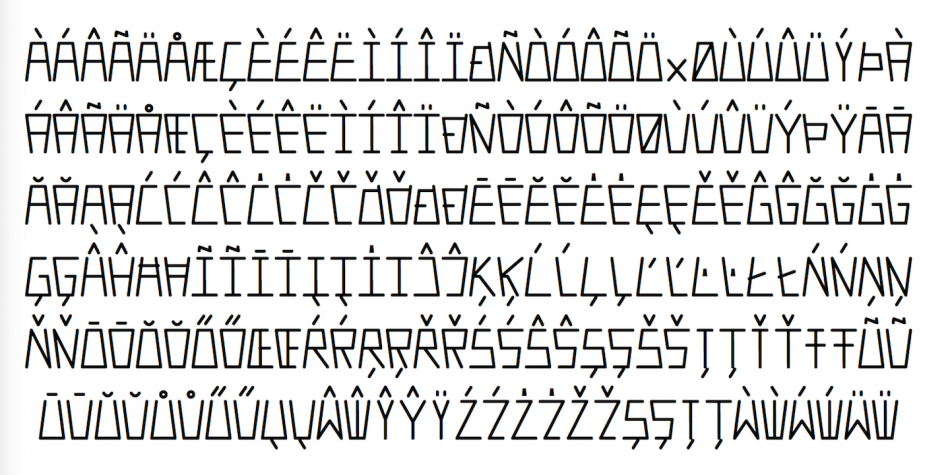 Designed by Robert Schenk, PoultrySign is a display sans font family. This typeface has six styles and was published by Ingrimayne Type.

A six font family. This contains every font in the PoultrySign Family.

While searching through microfilm of an old, 1932 newspaper, I stumbled on the word “Poultry” written with trapezoidal letters. I did not recall seeing lettering like this and it inspired me to design a typeface that could produce a similar result.

Poultry Sign has six styles in two widths, each with three weights. It is monoline, monospaced, and all caps. The letters on the lower-case keys reverse the trapezoid of those on the upper-case keys. The designer’s expectation is that the most common use for this typeface will alternate upper-case and lower-case keys. The spacing of the letters is identical within each width so the styles can be layered to produce bi-colored or tri-colored letters. There is a second set of numbers that can be accessed with an OpenType stylistic alternative. Also accessible with OpenType stylistic alternatives are variations of letters T, N, L, Y, and lower-case V.