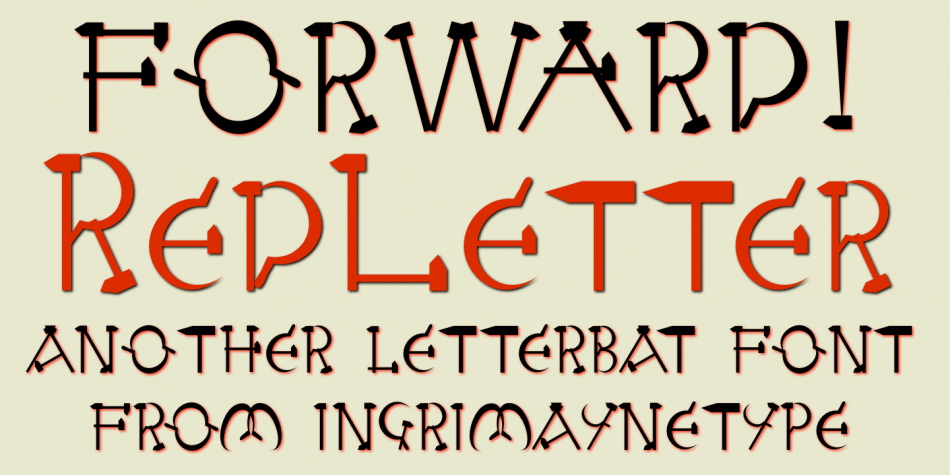 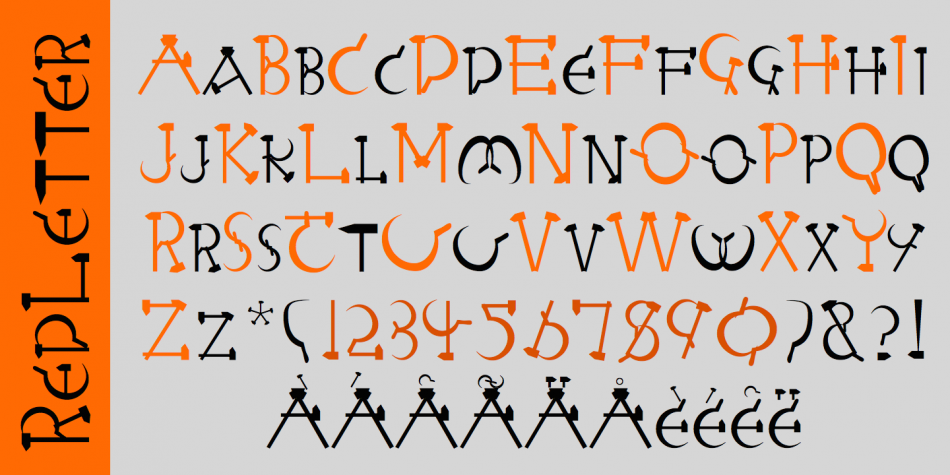 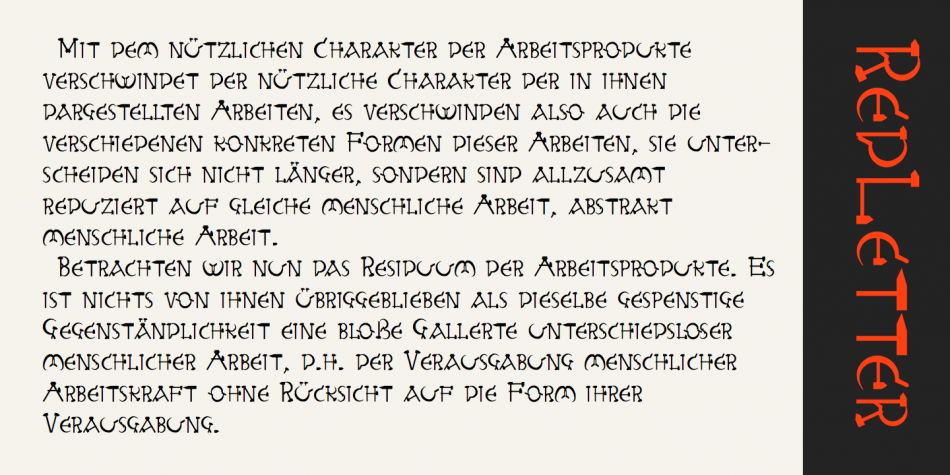 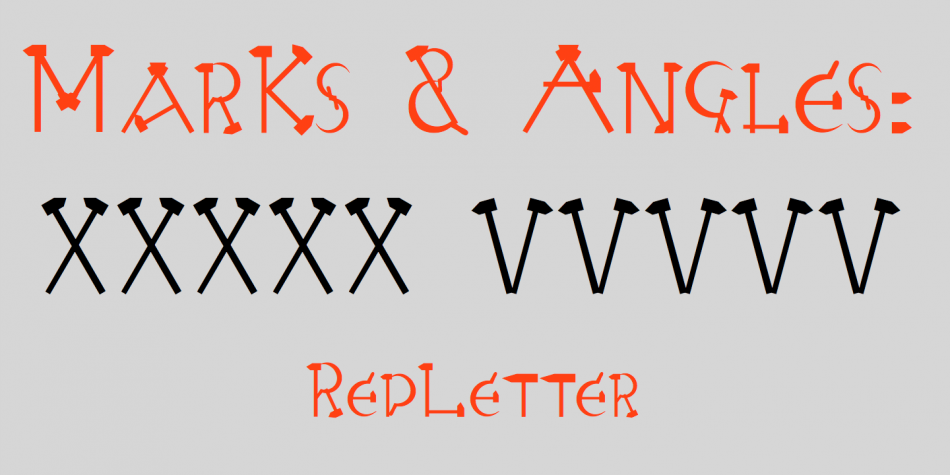 Designed by Robert Schenk, RedLetter is a novelty font published by Ingrimayne Type.

In late 1988 or early 1989 I noticed that the circular form of the sickle and the linear form of the hammer could be used to form all the letters of the alphabet. In an effort to sell other typefaces, I released the result as a promotional typeface, first in Type 3 format as Stalingrad, and later in Type 1 format as RedLetter. This version has been revised.