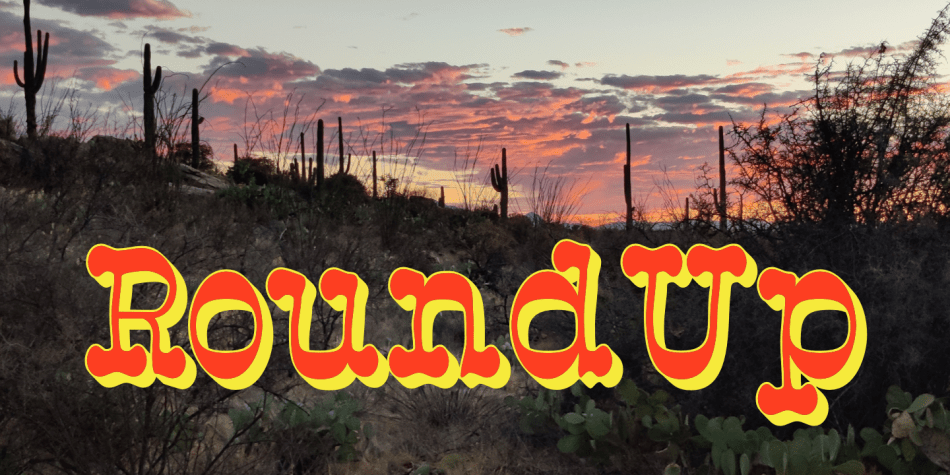 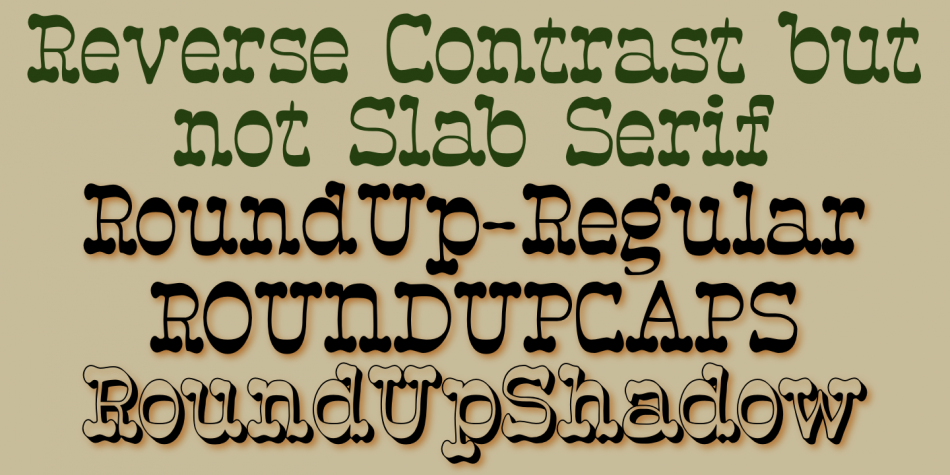 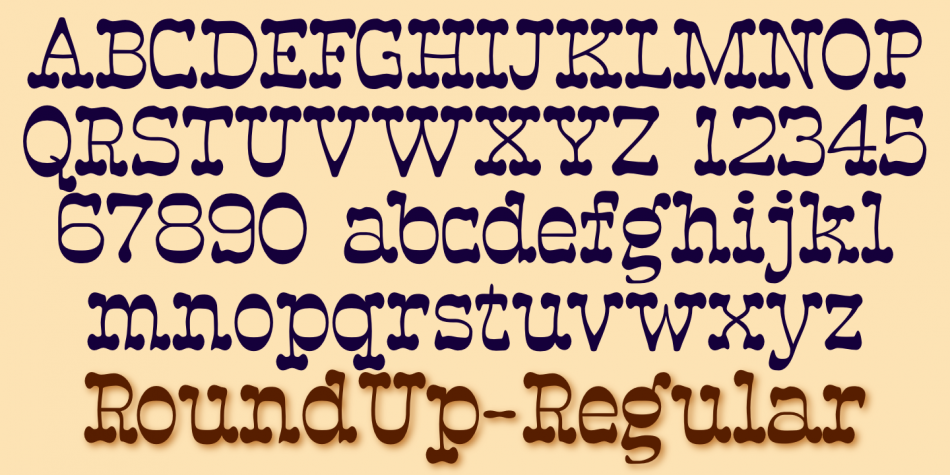 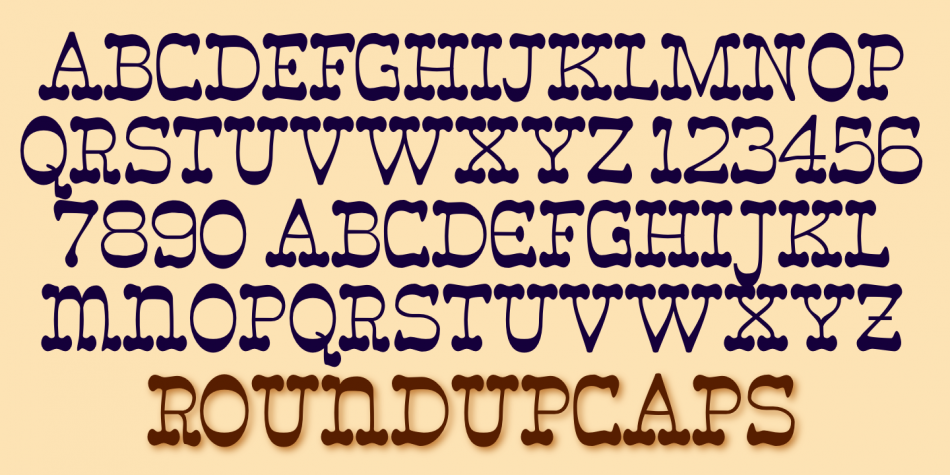 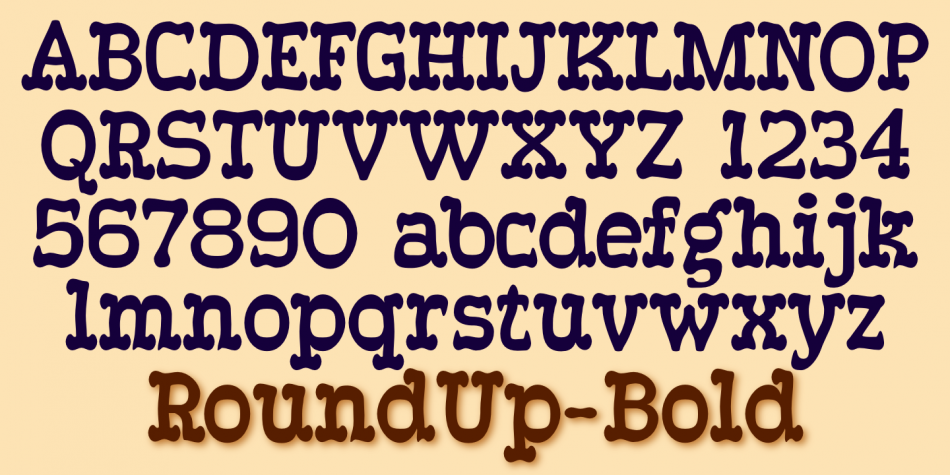 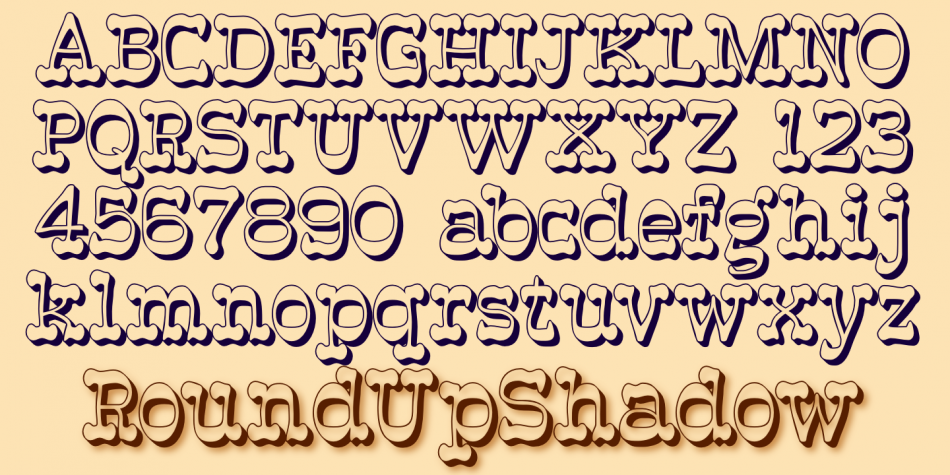 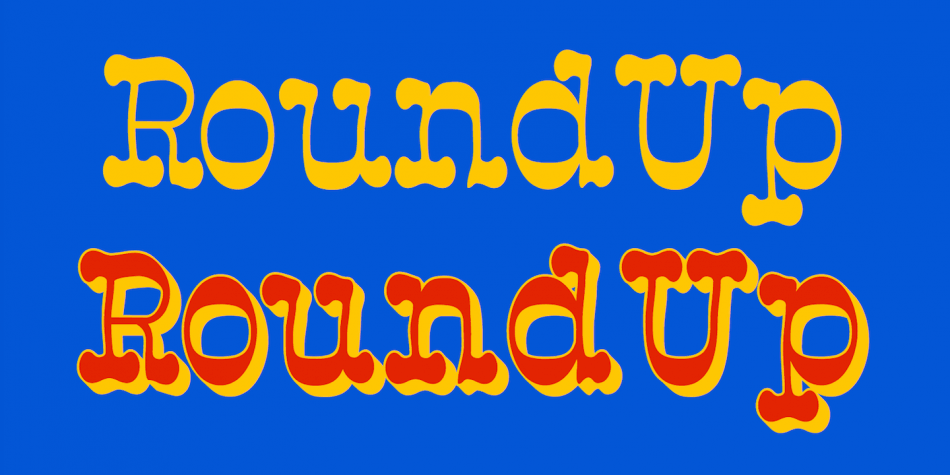 RoundUp is a western and wood type font family. This typeface has five styles and was published by Ingrimayne Type.

Round Up Shadow Inside

The Roundup group was inspired by some of the fonts from the late 19th century, though it is not based on any one of them. Three of the four have reverse contrast, that is, the verticals are thinner than the horizontals. Unlike most of the “Old-West” fonts with reverse contrast, the serifs are not square but have an odd, rounded shape.

Roundup-Caps was the first of the group to be constructed. It has two sets of upper-case letters that have minor differences. Roundup replaced the second set of caps with lower-case letters. A bold version strengthens the vertical elements so that it no longer has reverse contrast. Finally, there is a hollow version with a shadow to the lower right.