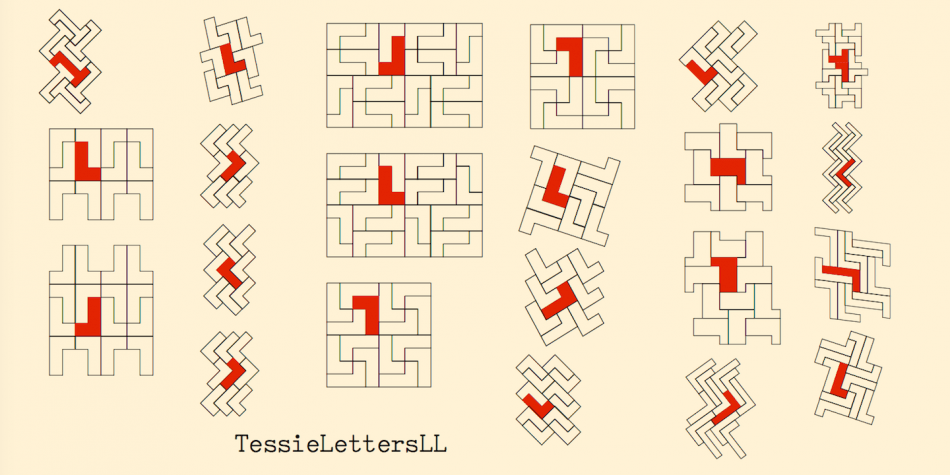 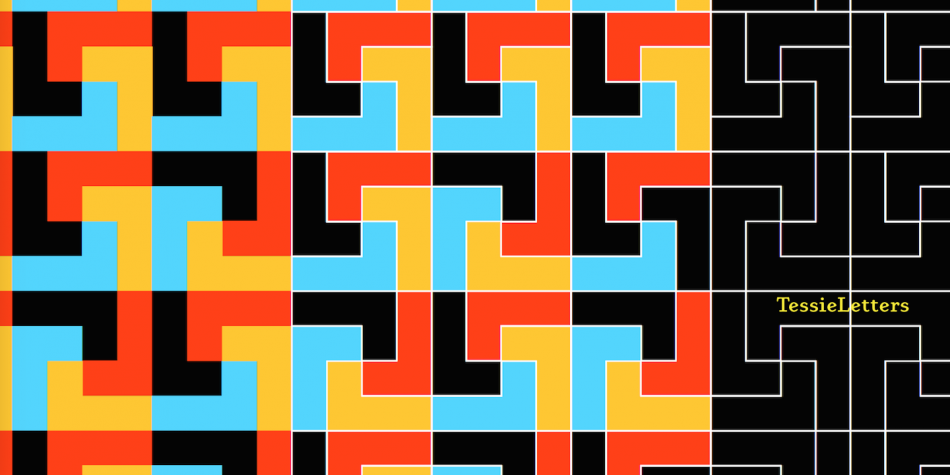 Designed by Robert Schenk, TessieLettersLL is a novelty and dingbat font family. This typeface has two styles and was published by Ingrimayne Type. 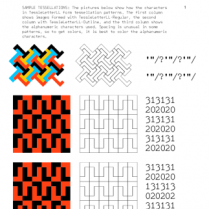 A tessellation is a shape that can be used to completely fill the plane—simple examples are isosceles triangles, squares, and hexagons. Tessellation patterns are eye-catching and visually appealing, which is the reason that they have long been popular in a variety of decorative situations, such as quilting. The shapes in the TessieLetters series are intended to suggest a letters of the alphabet.
The TessieLetters fonts contain tessellation shapes that can be used to construct tessellation patterns. Each family has two styles, an outline style and a filled or black style. The black style can be used to construct colored patterns. To see how patterns can be constructed, see the collateral “Samples” file. Many or these patterns were discovered/created by the font designer during the past twenty years in the process of designing maze books, coloring books, and a book about tessellations.

TessieLettersLL is a picture or dingbat font. For fonts that use letter shapes that tessellate that can be used for text, see the Tescellations family.