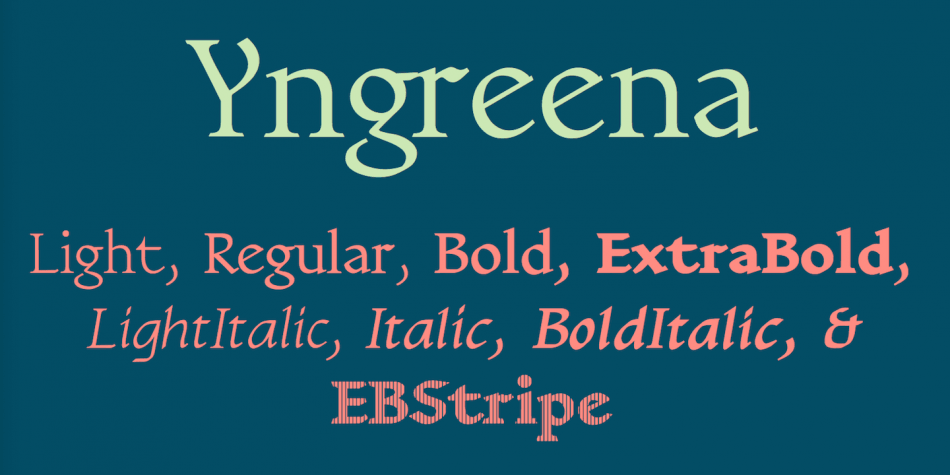 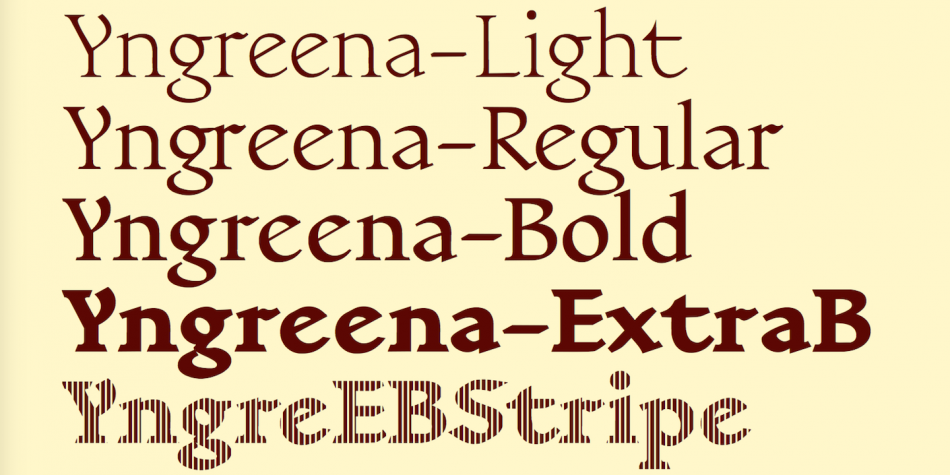 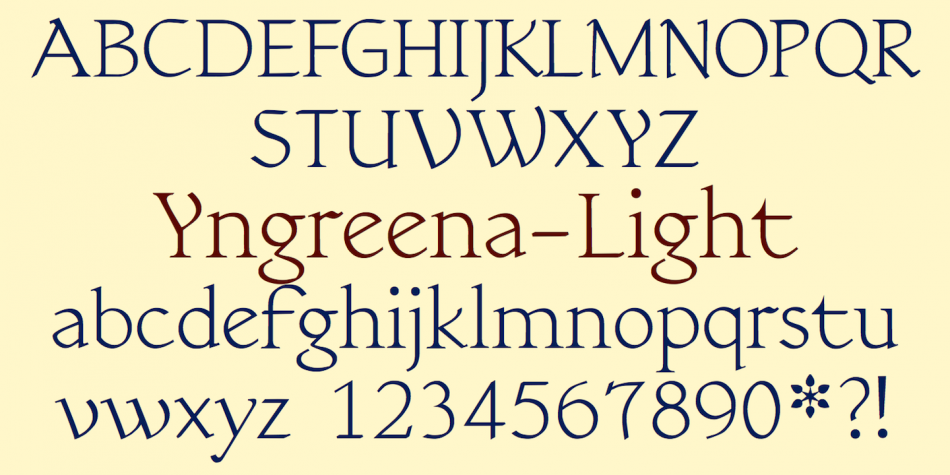 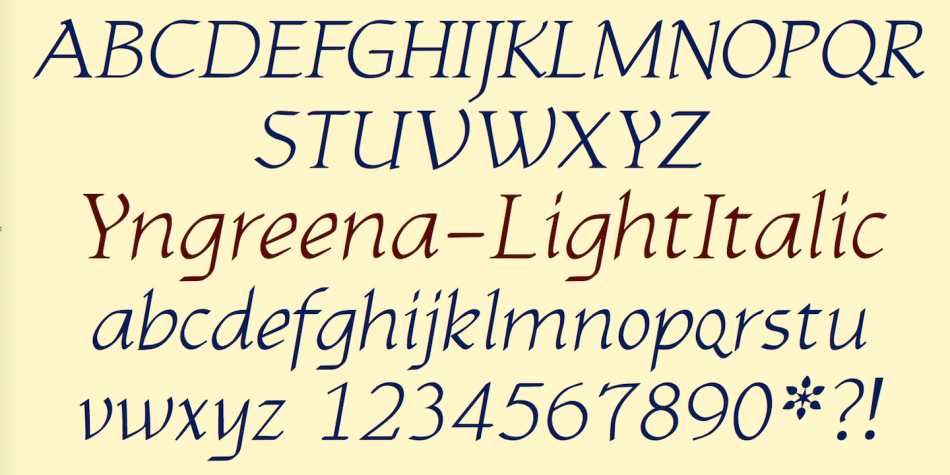 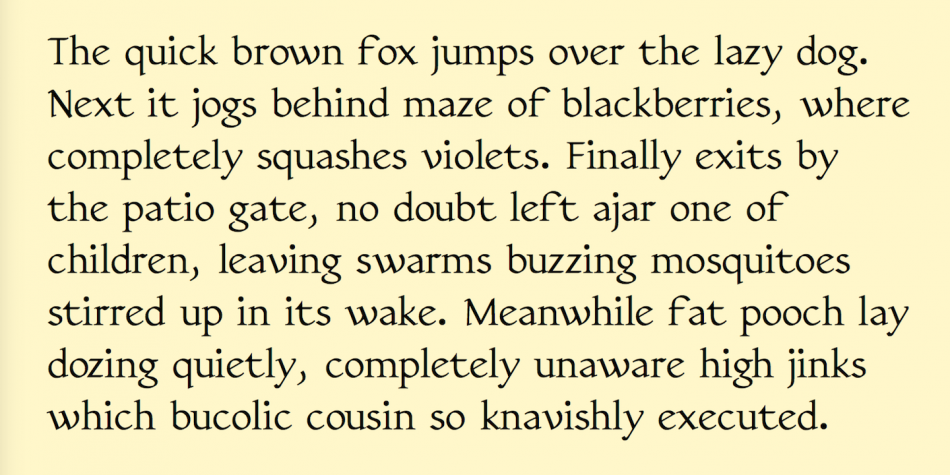 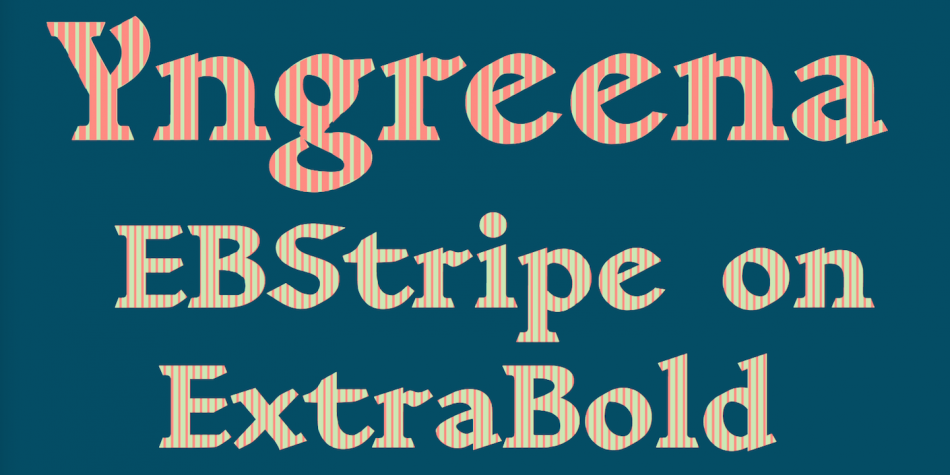 Designed by Robert Schenk, Yngreena is a display serif font family. This typeface has eight styles and was published by Ingrimayne Type.

Yngreena is a serifed typeface with calligraphic origins.

(In updating it in 2011, I began to add alternative letters and reached the point where it made sense to create an alternative family of faces rather than include all the alternatives as part of an OpenType font. The letters K, R, V, W, Y, f, g, k, t, v, and w are tamer in YngreenaAlt. As a result, though it is still a decorative text face, YngreenaAlt is better suited for lengthier blocks of text than is the original Yngreena face.)