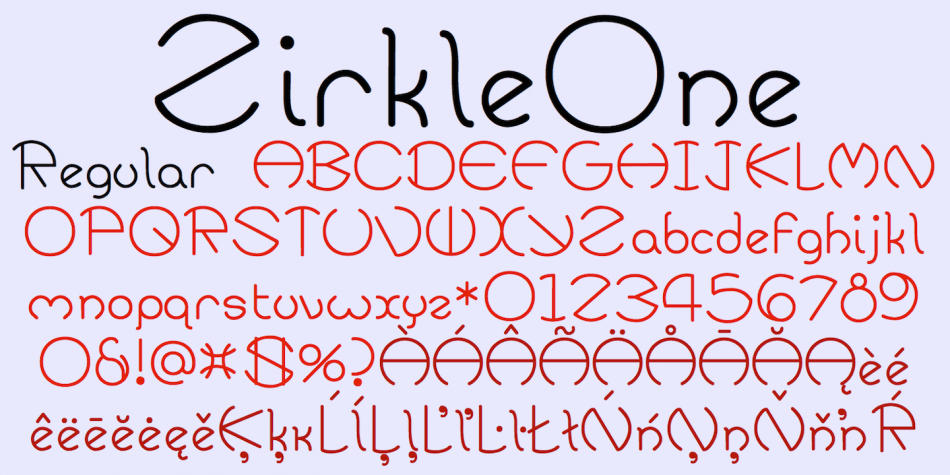 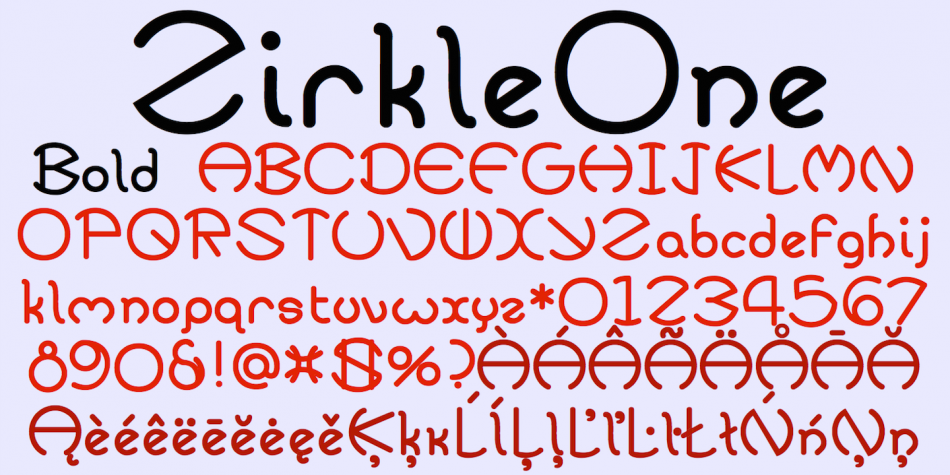 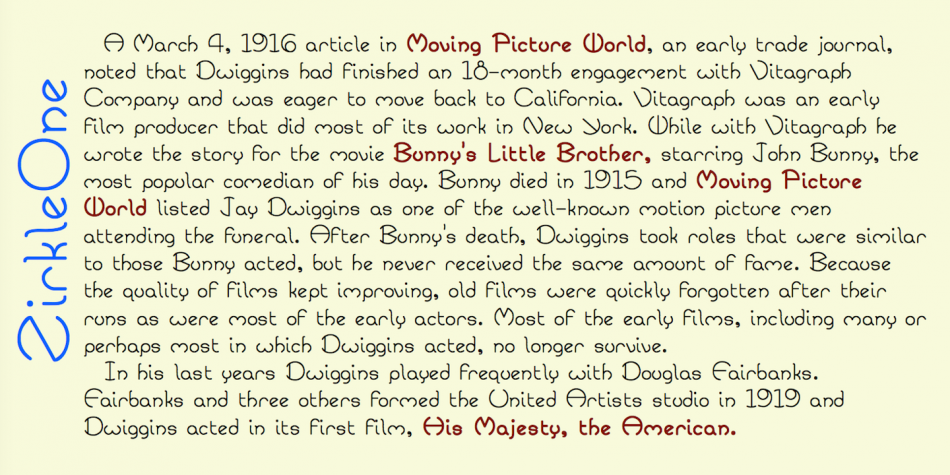 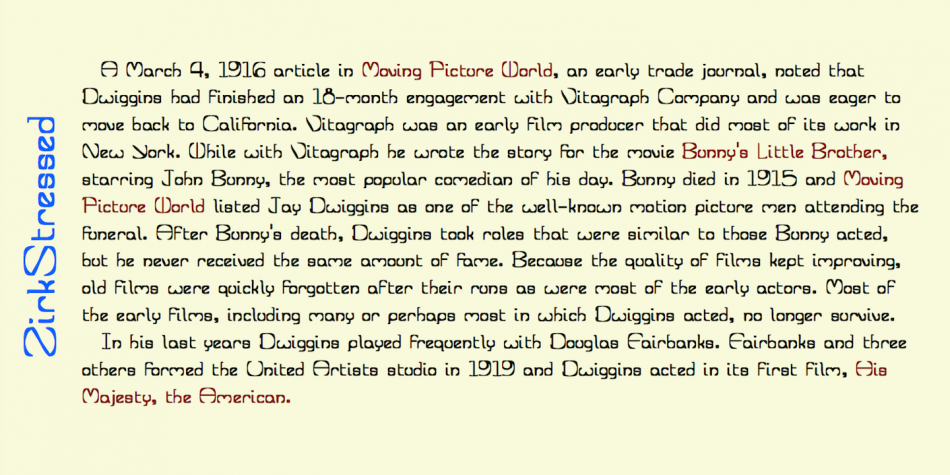 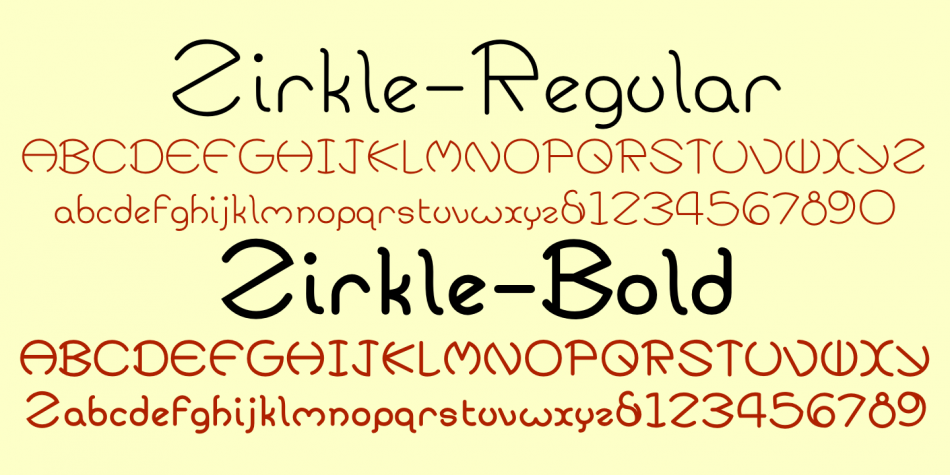 Designed by Robert Schenk, Zirkle is a novelty font family. This typeface has three styles and was published by Ingrimayne Type.

A three font family. This contains every font in the Zirkle Family.

Zirkle is a monoline font in which the upper-case letters were designed from circles or bits of circles, with interior straight lines. It was the first font I designed in Fontographer when Fontographer was still in version 2 and the most advanced Macintosh was the Macintosh II. I have heard from people who like it, but it was designed not to meet some need but to play with the geometry of circle-based letters.

ZirkStressed is a “squared” version that was the result of playing with a font distortion program, which in this case produced a result that seemed interesting.