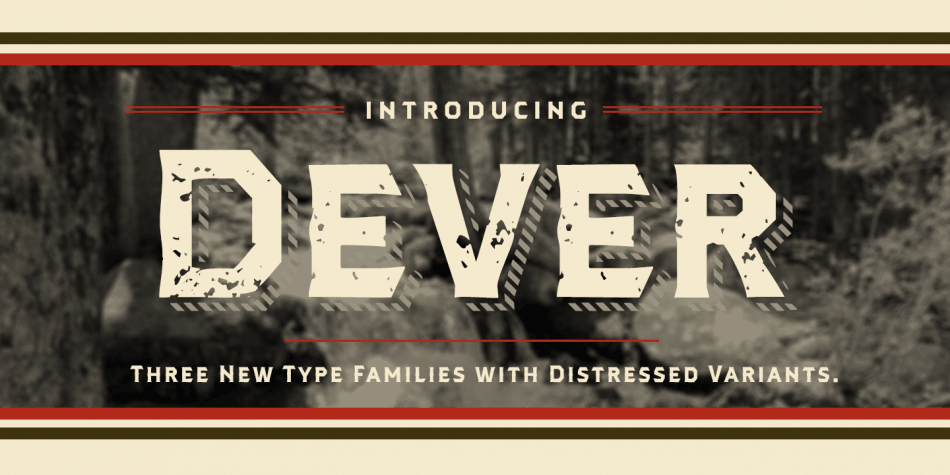 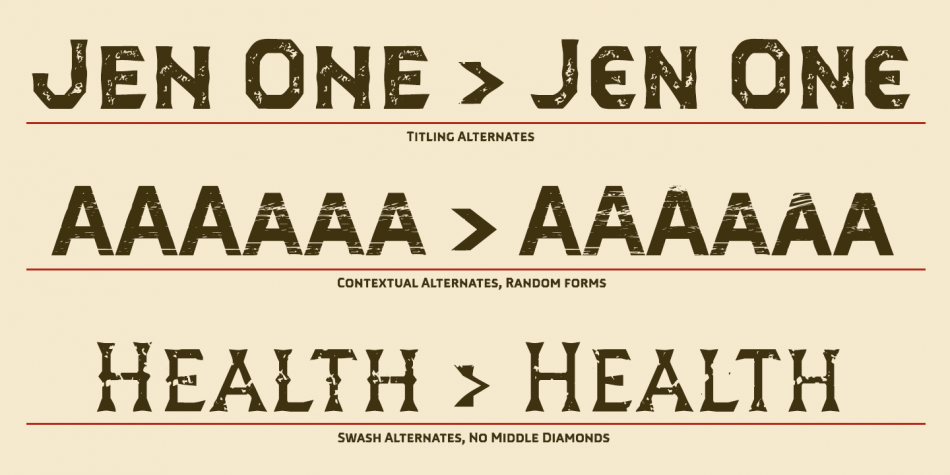 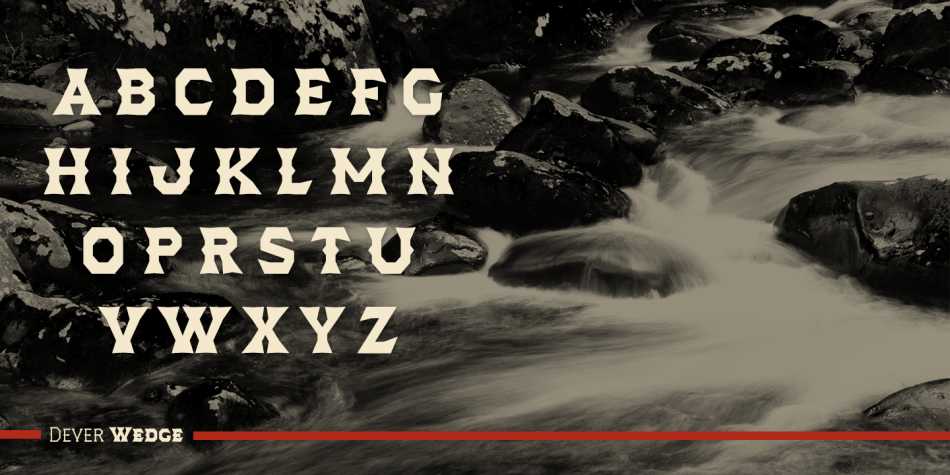 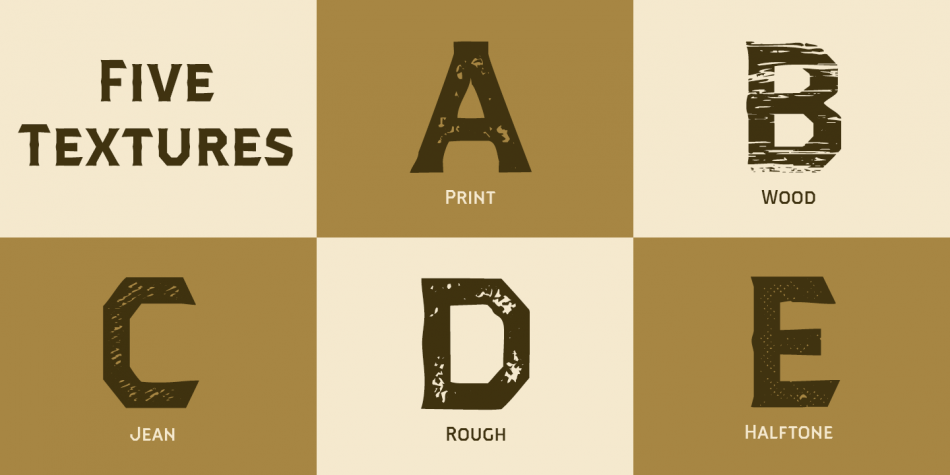 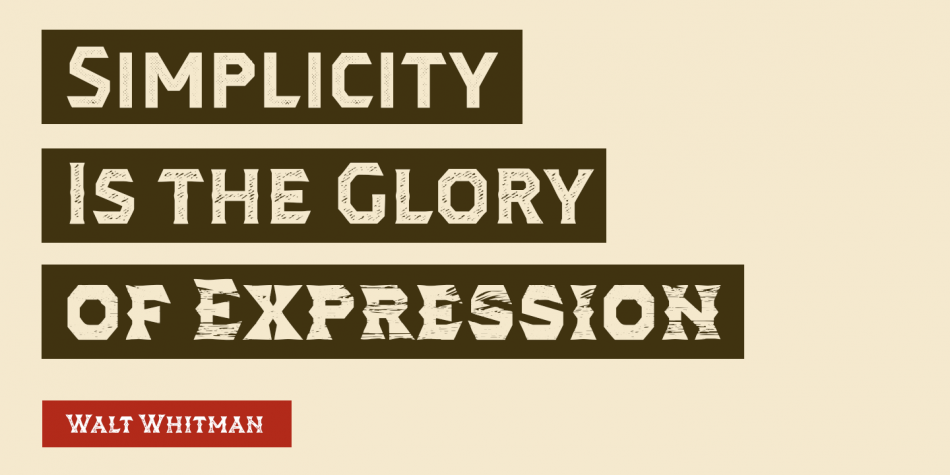 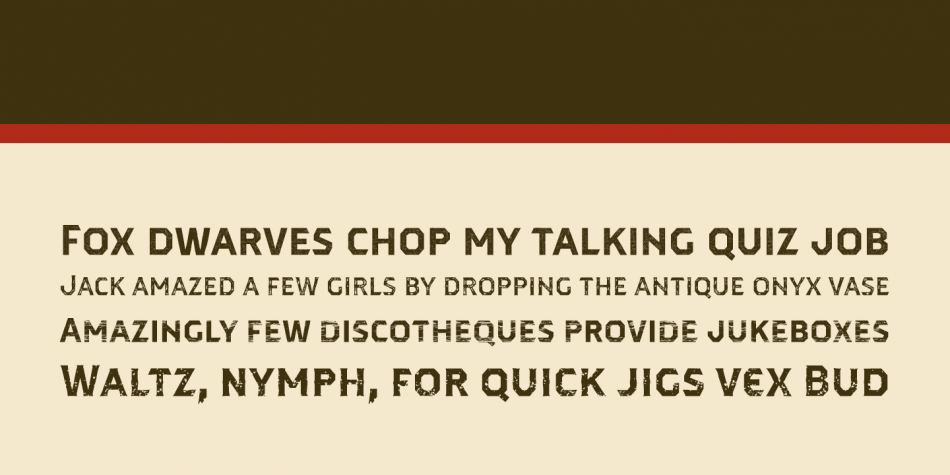 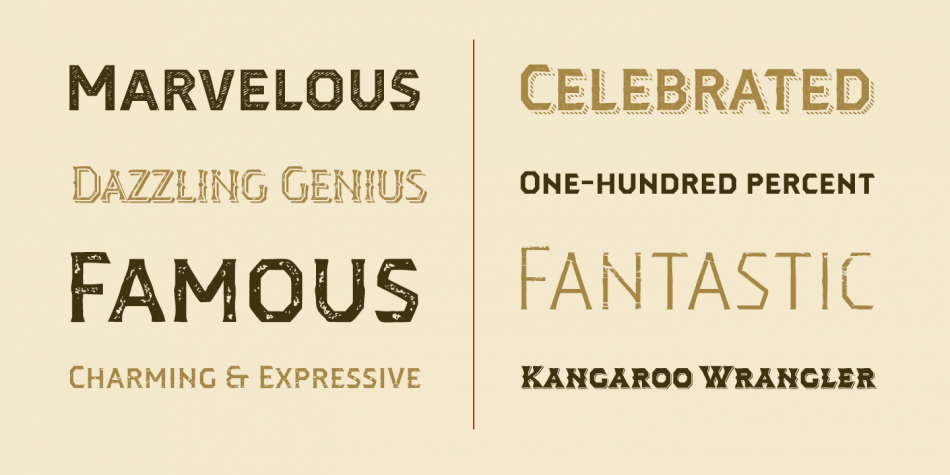 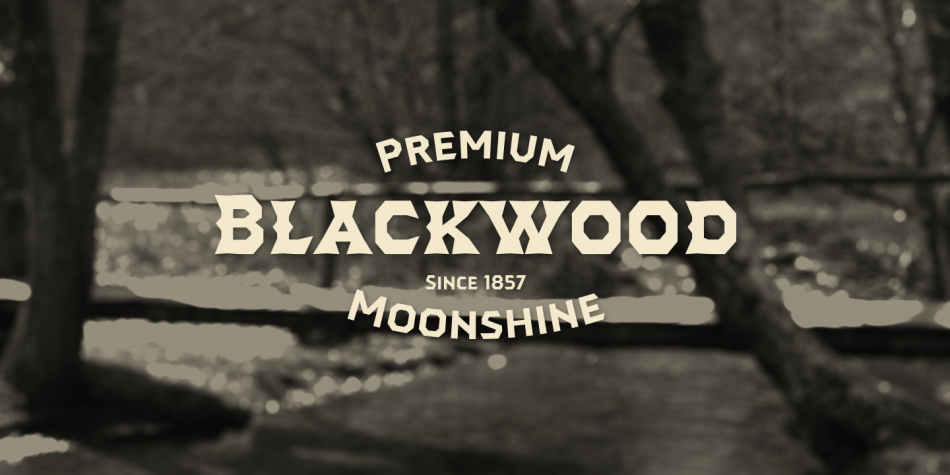 Designed by Jeremy Dooley, Dever Wedge is a grunge, western and display serif font family. This typeface has thirty-five styles and was published by Insigne Design.

Dever’s brute, industrial lines are rounded up in this new typeface from Jeremy Dooley. Dever combines plenty of inspirations. It’s the flair of the Wild West melded with a shout out to the sign painters and package lettering artists of the 1800s. Dever’s big, bold, and handy frame moves through all three of the family’s strapping members.

First is the sans. No doubts on what this brother’s like.  Dever Sans  is as straight-forward as you’ll find in this family with its four separate weights and numerous distressed options. The second of the kin, Dever Serif, is a bit of half-breed, you might say. Pointed serifs bring a sharpness to this outfit. Rounding out the family is Dever Wedge, a bit of wild rodeo all its own.

This poke is a quick draw with any of its 107 fonts, and with its auto-replacing alternates, no two repeating characters are alike. You’re guaranteed a great show anytime Dever leaves the chute.

The route to Dever was long, with many a switchback. The Wedge variant was designed first, shelved, then developed into Plathorn. But I wanted to return to those brutish forms and decided to round out the family with a sans, serif and plenty of other options.

Any of the Dever family have an extended character set including Central and Eastern European languages. The strong faces have specially adapted sub-families, too, so they’re bound and determined to have an outstanding impact at whatever size you use ‘em. It’s a hard ride ahead corralling all those words. Be sure and add these able-bodied boys to your posse today.