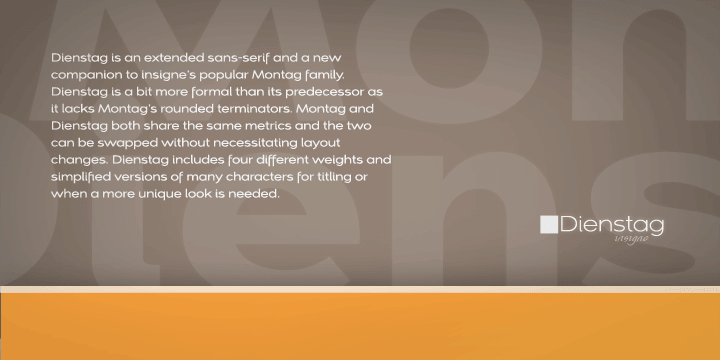 Dienstag is a sans serif font family. This typeface has fourteen styles and was published by Insigne Design.

Dienstag is an extended sans-serif and a new companion to insigne’s popular Montag family.

Dienstag is a bit more formal than its predecessor as it lacks Montag’s rounded terminators. Montag and Dienstag both share the same metrics and the two can be swapped without necessitating layout changes.

Dienstag includes four different weights and simplified versions of many characters for titling or when a more unique look is needed.