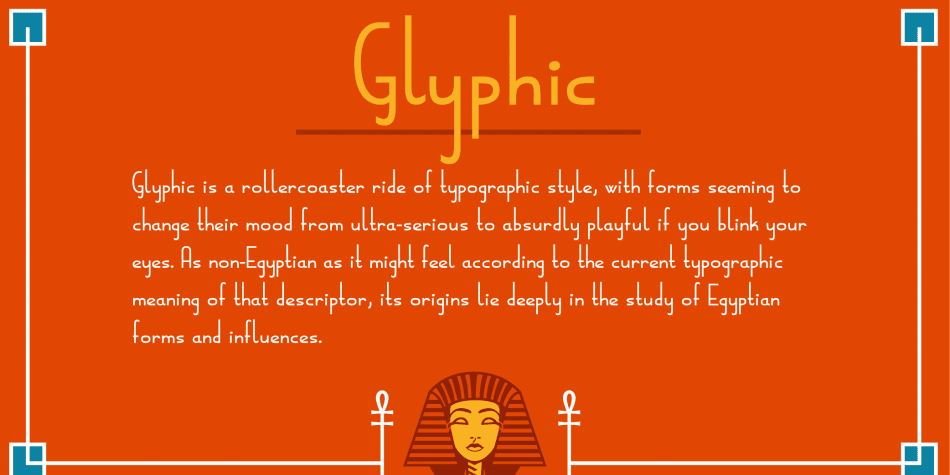 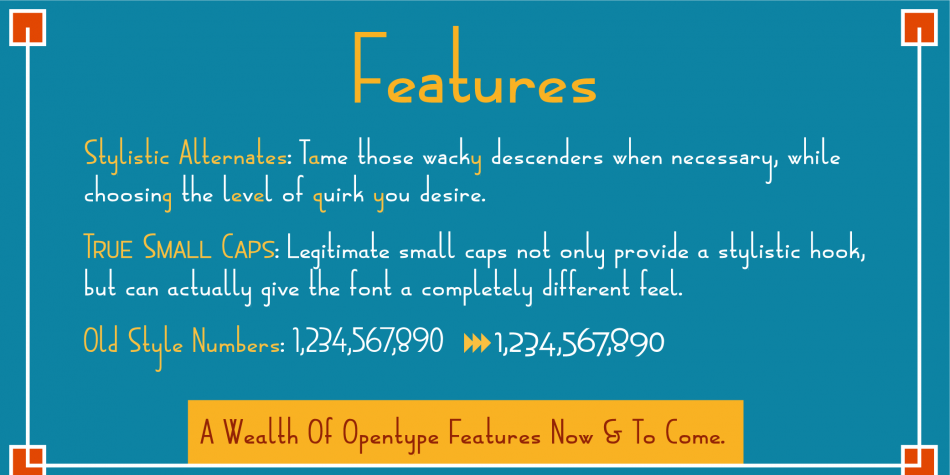 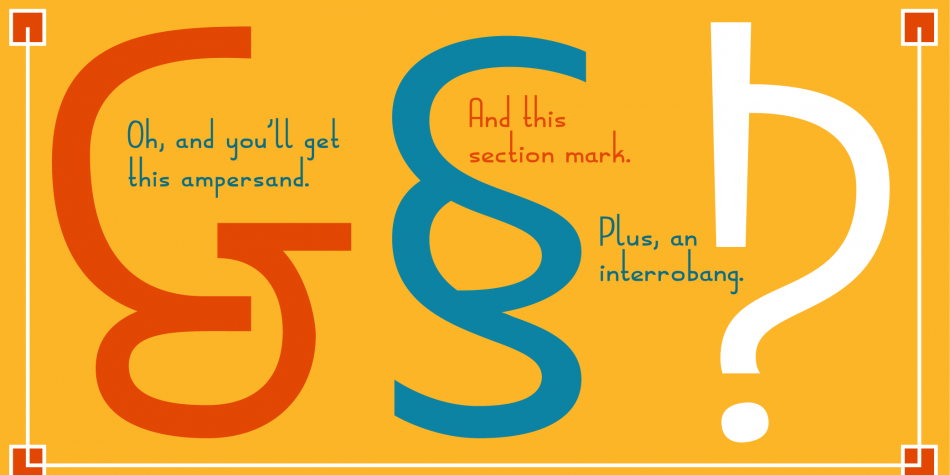 Glyphic is a sans serif font published by Interrobang Type.

Glyphic is a rollercoaster ride of typographic style, with forms seeming to change their mood from ultra-serious to absurdly playful if you blink your eyes. As non-Egyptian as it might feel according to the current typographic meaning of that descriptor, its origins lie deeply in the study of Egyptian forms and influences.

Some of the attributes which we call Egyptian in discussing typography are absent in Glyphic, some as the slab serif. But there remains a decidedly horizontal flow through subtle design moves like letting the bottom of the “e” exist as a practically horizontal stroke. Some typical optical adjustments, such as overshoot, were skipped or minimized to introduce the imperfection inherent in handmade items.