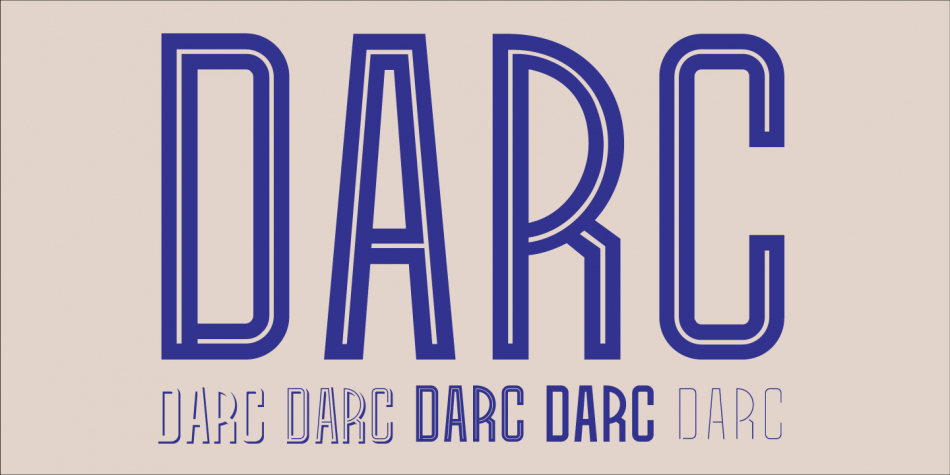 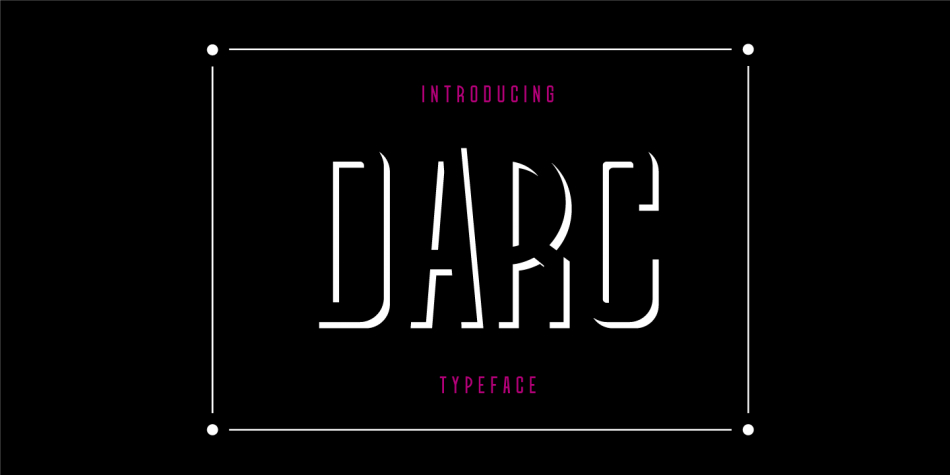 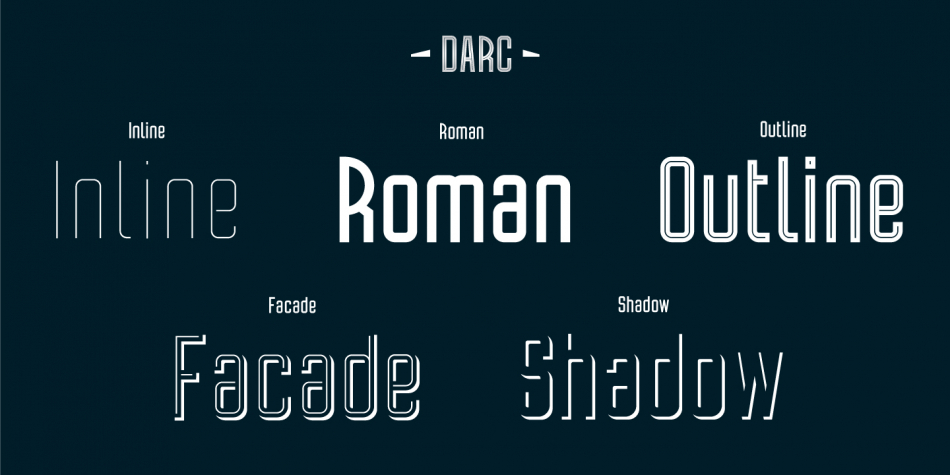 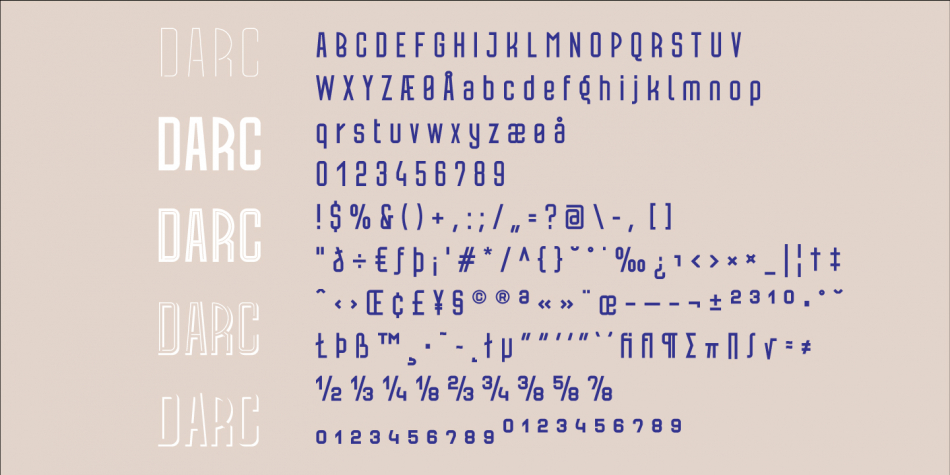 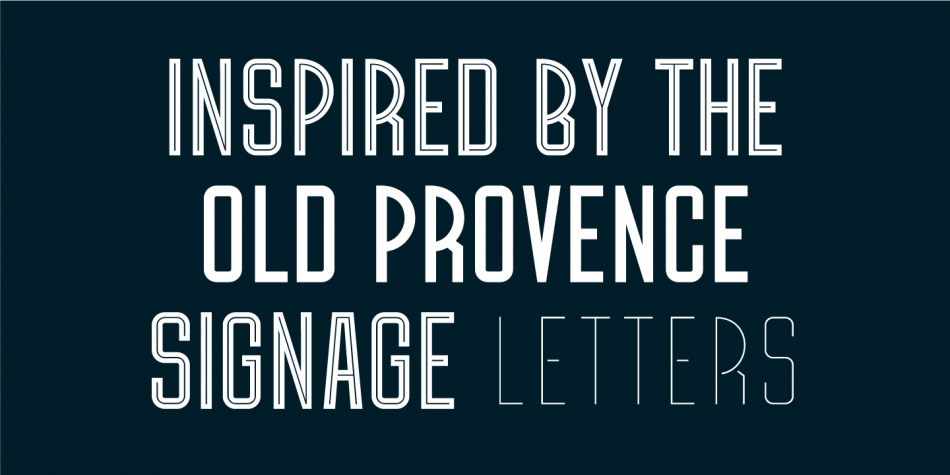 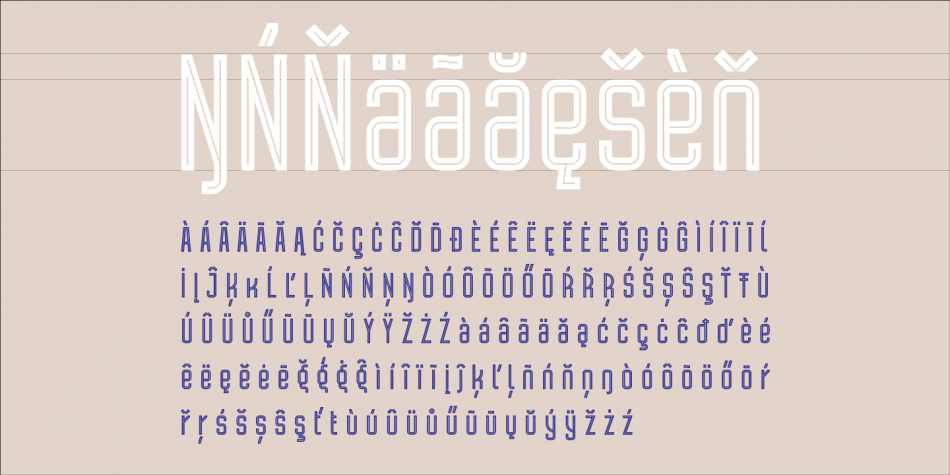 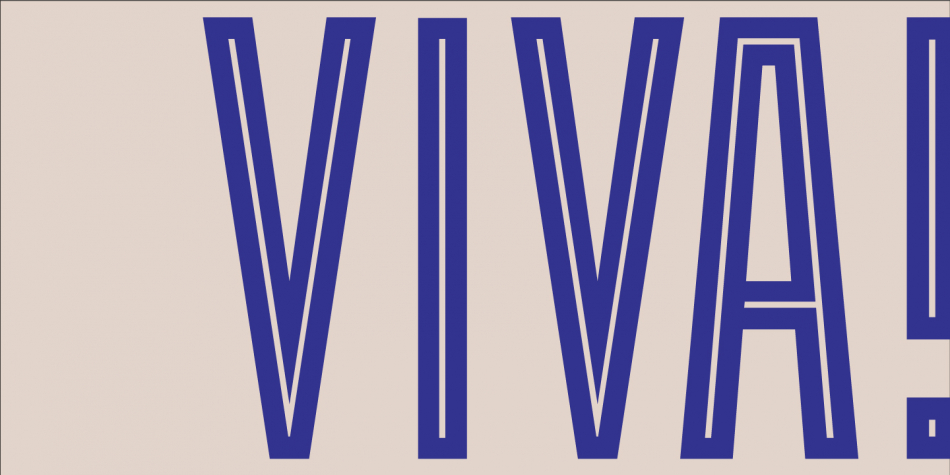 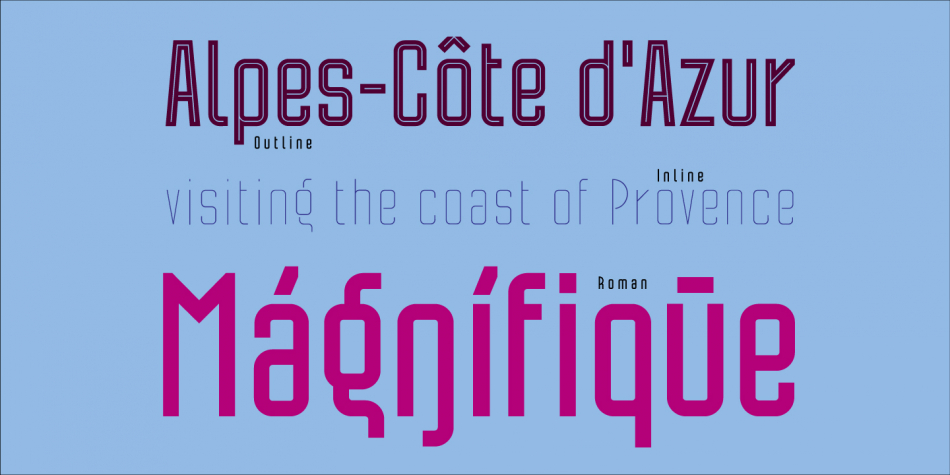 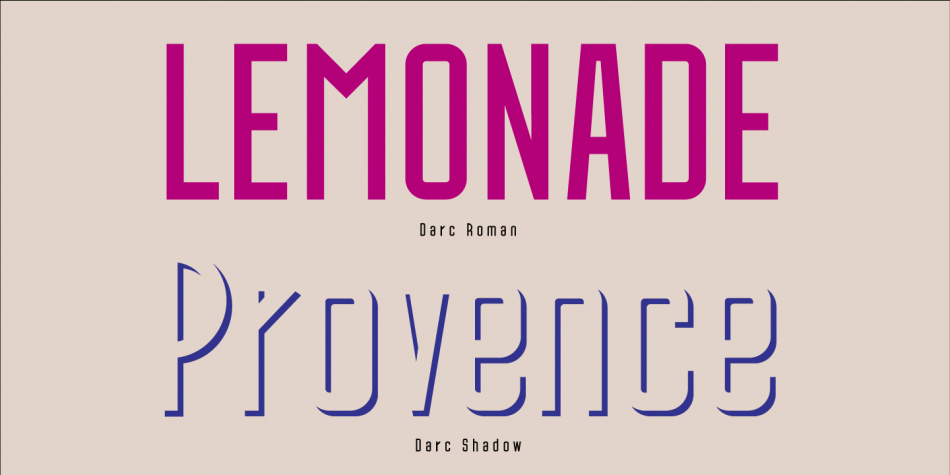 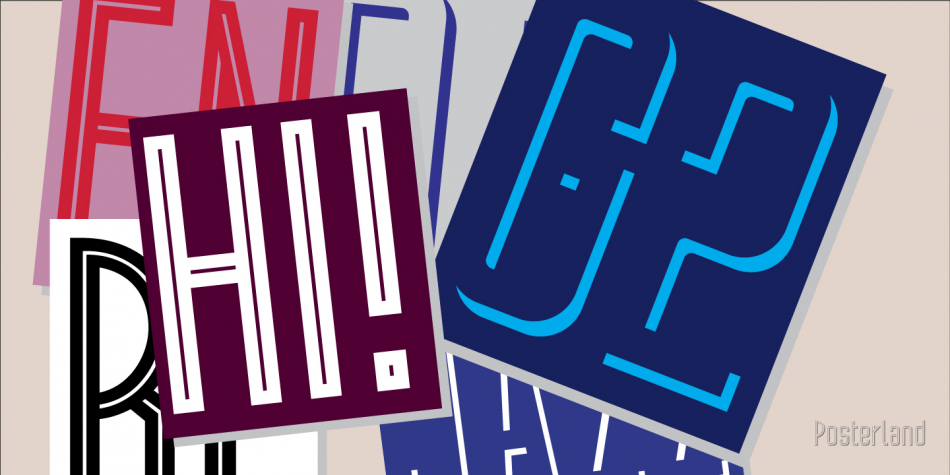 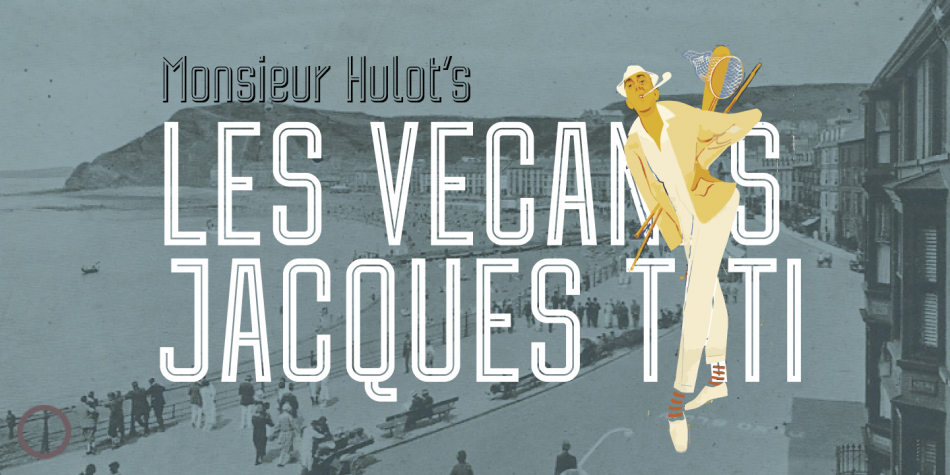 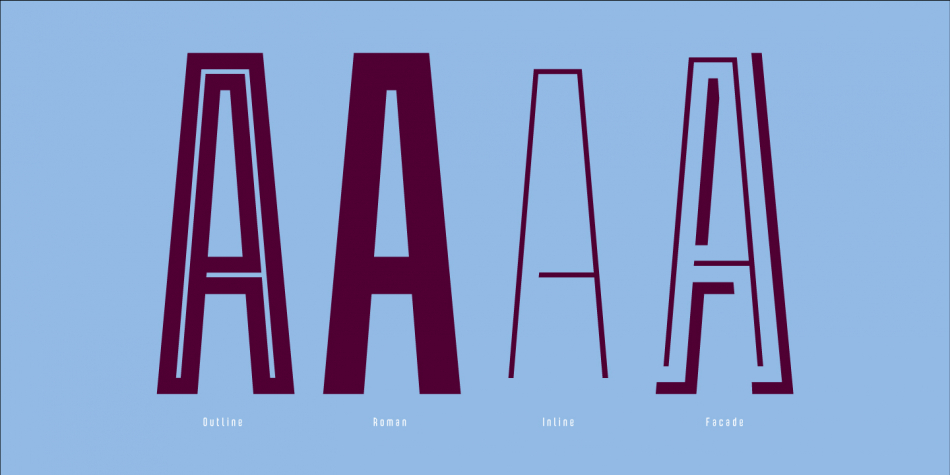 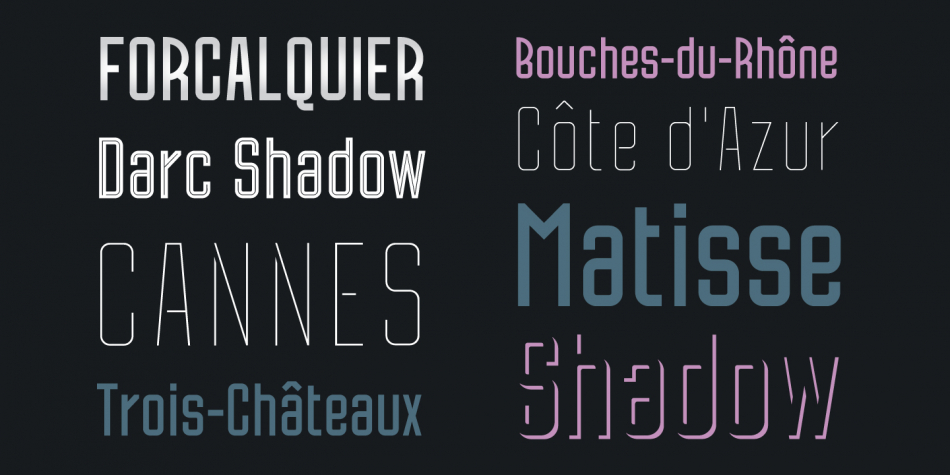 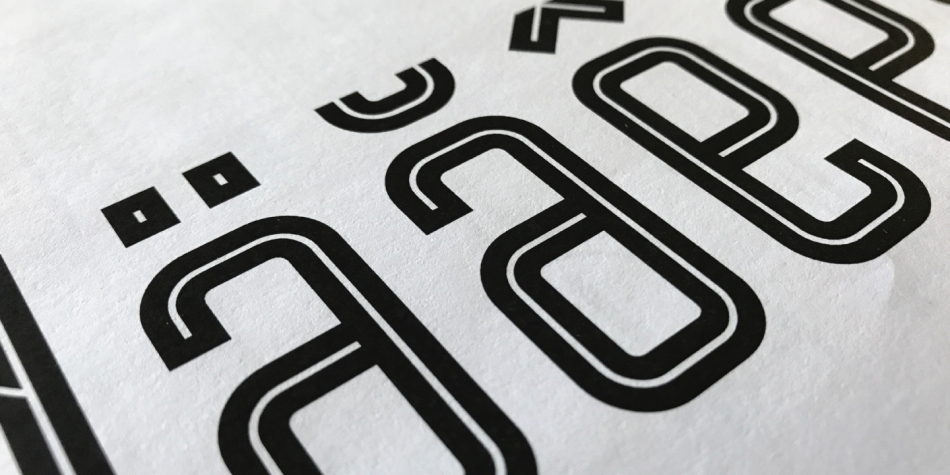 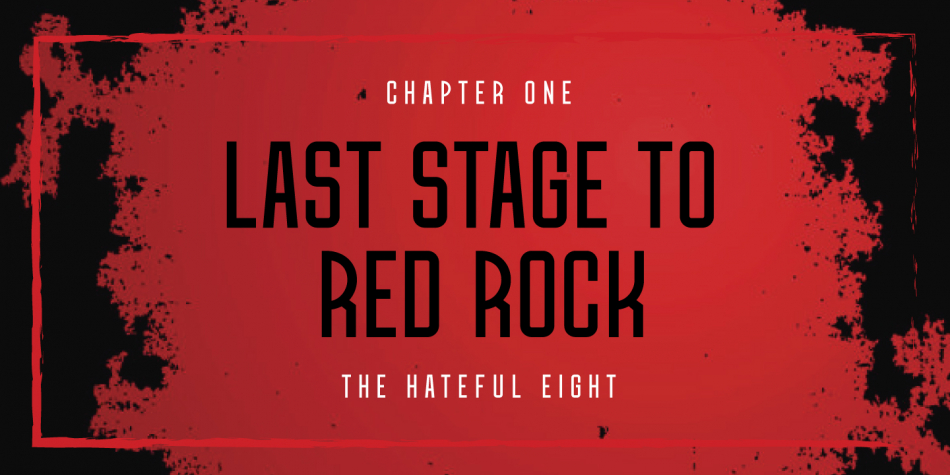 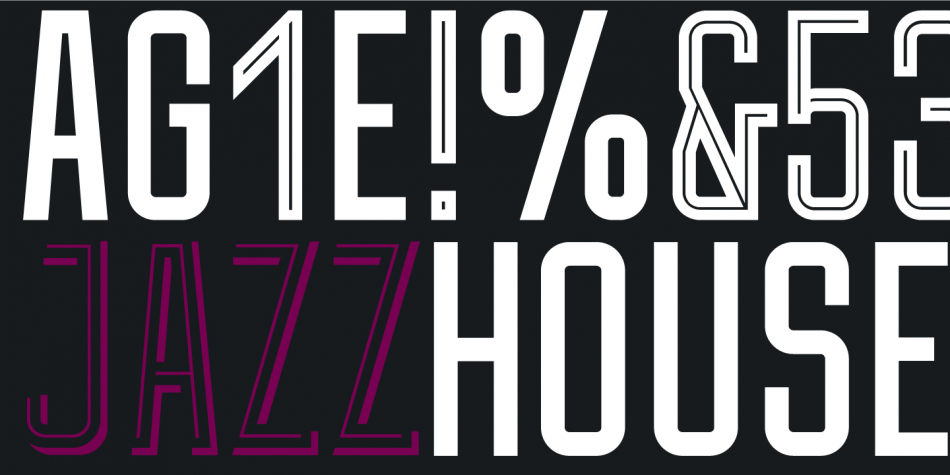 Darc is a display sans font family. This typeface has five styles and was published by JC Design Studio.

The idea came from a trip in Nice, where I went round and looked at the old ones street signs, cafe facades, cinemas and etiquette design. It became an archive of pictures I took along, drew some drafts, and it became an idea to create a varied font with different styles with a modern expression. But at the same time it is a very retro-embossed style, which will be a tribute to the old fashion style.

The same is also the name “Darc”, inspired by the word “d’arc”.