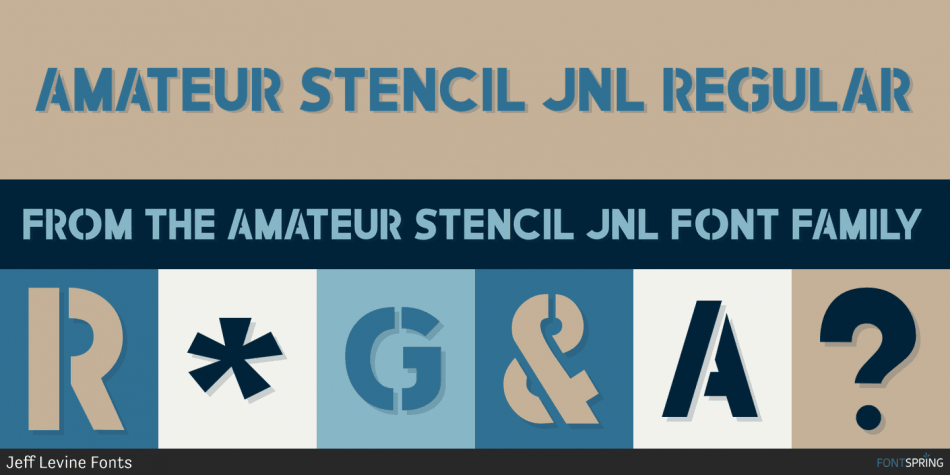 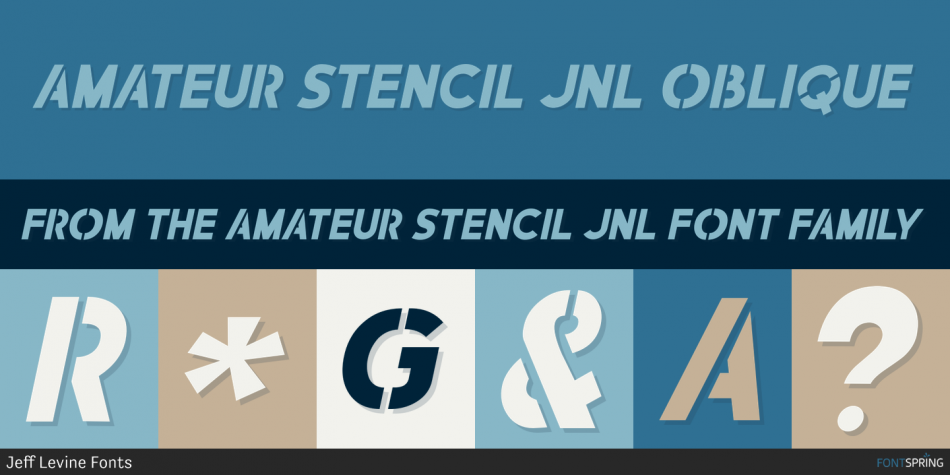 Amateur Stencil JNL is a stencil font family. This typeface has two styles and was published by Jeff Levine Fonts.

With all of the stencil fonts created by Jeff Levine from various vintage sources, you would think everything had already been covered. Not so. Along comes Amateur Stencil JNL. Modeled from a child’s stencil set from the late 1950’s or early 1960’s, it vaguely resembles Futura, but its irregular widths and semi-stencil appearance sets it off greatly from that classic typeface.